Well, pretty much everyone I’d say, maybe my father doesn’t know anything about feeds subscriptions.

Anyway, RSS is surely a good way to stay up to date with the blogs / websites you follow but we’ve recently seen how Twitter has managed to become a favourite tool of many out there. It’s simple and supports real-time (sorta).

Now, let’s say you don’t like Twitter and you can’t stand Google Reader but still you want to receive updates about what happens on the web. Is it possible?

Broadersheet is a new startup which was born in Cambridge last May that has just released its iPhone app.

Let’s start from the price: at $3,99 you’ll think it’s a pretty expensive app but - trust me -  it’s absolutely worth it.

I’m gonna tell you why.

Forget Twitter and forget Rss. Once you fire up Broadersheet for the first, you’ll be presented a settings screen where you can edit your Topics and Sources. Basically, the app acts like this: you tell it which topics you’re interested it, you tell it some sources you trust (there are plenty by default) and you’re set.

Broadersheet will “analyze” your habits everyday, every moment, depending on the news (called Stories, great name!) you read, like and star as favourite. 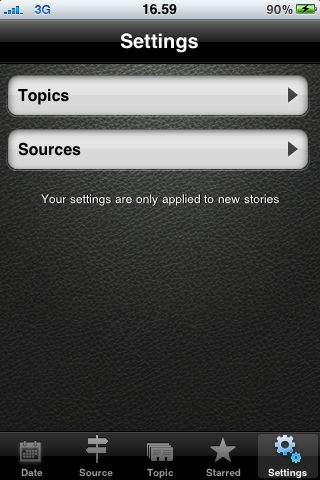 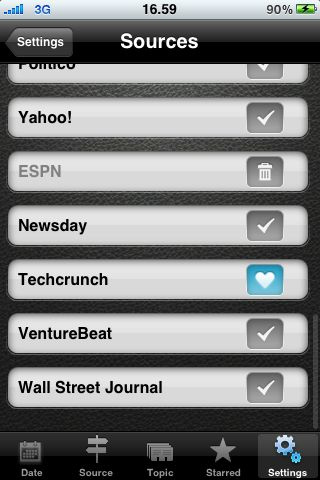 Once you’ve understood how Broadersheet works, using it is a real pleasure. You can browse the stories by date, source and topic (way too useful) and you can also view your starred elements. 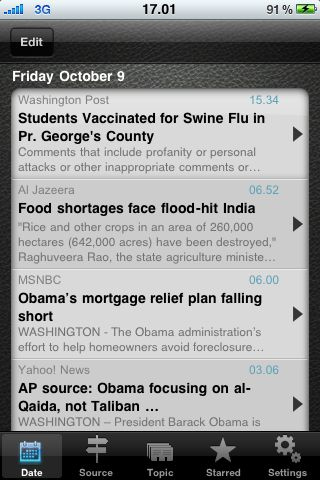 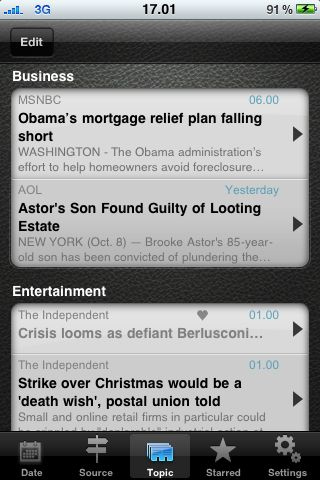 Obviously, the news will open with an integrated Safari Mobile.

What’s really great about this app by the way, is that you can add “custom topics” you’re interested in. See the screenshot below: 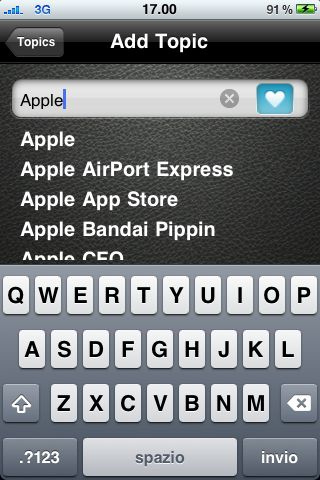 As you can see, the app will suggest you topics as soon as you start typing. For instance, I added Apple, Mac and Mozilla. And works fine so far.

Broadersheet is available in the App Store since yesterday. This is a 1.0 release, so the developers still have to fix and implements many features. For future updates you should expect Facebook Connect, Twitter and Delicious integration and even faster offline sync.