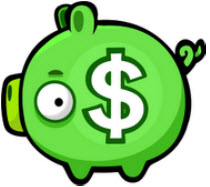 Rovio, the crazy folks who developed Angry Birds, are planning to launch their own mobile payment system.

Not only did they sell more than 12 million copies on their iOS and Android game, now they want more money, too? Easy, nerds. The system they have set up, properly named “Bad Piggy Bank”, will be initially rolled out in Finland (Rovio is based in Helsinki) through the nation’s biggest mobile carrier, Elisa. The Angry Birds-themed system will let you easily pay for Rovio’s apps, games and bonus stuff by taking money from your monthly cellular bill. Sounds simple.

“Angry Birds has become the benchmark in casual mobile gaming, and a huge part of the whole game experience is convenience,” said Mikael Hed, chief executive.

Rovio will launch an update of Angry Birds on Android. With that, Elisa and Saunalahti customers in Finland will have the chance to buy the app and remove advertising. Right now, only the free ad-supported version of Angry Birds is available on Android. Bad Piggy Bank will be rolled out with carriers worldwide early next year. Elisa has 2 million customers.

I’m not surprised Rovio will launch the system on Android first: will Apple ever approve such a thing? Remember: Cupertino wants its usual 30% cut on items bought inside an application through its own “in-app purchases”. Perhaps Google will be just fine with Rovio deploying a carrier-based piggy bank in Angry Birds, but I wouldn’t hold my breath for banker pigs to show up on the iPhone and iPad.

Still, I would love to see something like this happening at Apple’s next keynote. Oh, Schiller seems to approve, too.