The iPad may soon be sold in China at an additional cost, the Financial Times reports. Taiwnese-owned company Proview is, in fact, threatening Apple to sue them over trademark infringement for the “iPad” name.

The company, not so popular but apparently strong on trademarks, almost a decade ago tried to sell a tablet computer called “I-Pad”. 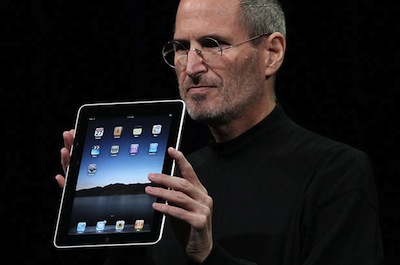 The company registered the trademark between 2000 and 2004 in EU, China, Mexico, South Korea, Singapore, Indonesia, Thailand and Vietnam, but sold the “global trademark” for the name IPAD to a US company in 2006. Basically, it’s just another giant legal mess which, if things are really messed up, will end with a settlement from Apple in a couple of years.

However, in pending cases in Hong Kong and Shenzhen, Apple won preliminary injunctions to stop Proview from selling off the IPAD name, according to people involved in the cases.

According to Mr Yang, Proview Electronics (Taiwan) agreed in 2006 to sell the “global trademark” for the IPAD name to a US-registered company called IP Application Development (IPAD) for £35,000 ($55,104). Proview did not at the time suspect the company had any link with Apple.

However, Mr Yang claims that the trademarks for the Chinese market were not included in that agreement. These were filed in 2000 by Proview Technology (Shenzhen), another affiliate of Proview International, the group’s Hong Kong-listed holding company, rather than by the Taiwan unit.

So Proview wants to sue Apple in regards to the iPad distribution in China. Good luck with that.