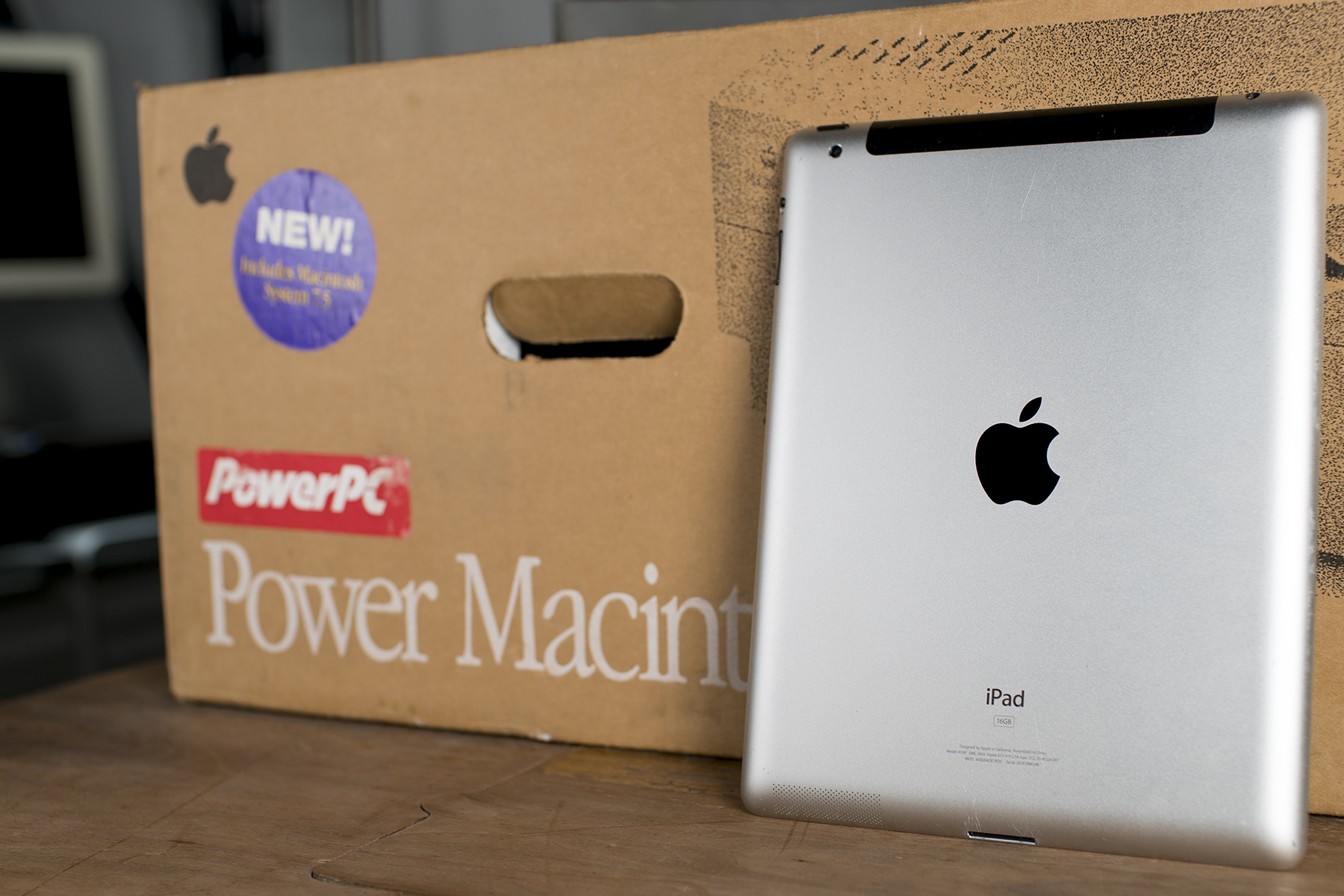 The rotator on Apple’s website at the time does a good job at summing up what was new about this iPad.

The iPad 2 sported the same, 9.7-inch, 1024x768 display as the original iPad, but the body that housed it was all-new. Gone was the sidewall from the original, replaced with edges that sloped up from the back to meet the edges of the bezels.

The iPad 2 was thinner and sleeker than the original.

The new iPad was 33 percent thinner and 15 percent lighter, clocking in at 1.33 pounds. While that sounds heavy today,1 this thing feels great when compared with the iPad that proceeded it.

This design would stick around for several years, serving both the iPad 3 and 4. Things weren’t reworked until the iPad Air adopted the iPad mini’s design language, which still graces iPads today.

The original iPad marked Apple’s first foray into custom CPU packages, after its acquisition of PA Semi in 2008.

The A4 in the iPad (and iPhone 4) was a watershed moment for Apple, but the A5 in the iPad 2 showed the company was going to be aggressive about performance of its custom chips.

The performance section of AnandTech’s review of the iPad 2 blew my mind when I first read it in 2011. Apple claimed the new iPad was “twice as fast” as the original, but the real story was in the graphics department, as Apple’s website claimed:

With up to nine times the graphics performance, gameplay on iPad is even smoother and more realistic. And faster graphics help apps perform better — especially those with video. You’ll see it when you’re scrolling through your photo library, editing video with iMovie, and viewing animations in Keynote.

The original iPad never felt slow to me in its first year of life, but the iPad 2 changed that perception instantly for many users. The best part? All of this performance — in a smaller chassis — didn’t hurt battery life.2

In an age where Phil Schiller goes out of his way to praise the cameras in each new iPad, it’s easy to forget that the original shipped without any cameras.

Even in 2011, it seems Apple — and its customers — weren’t quite warmed up to the idea of taking photos with a tablet. Here’s how the company described the cameras:

You’ll see two cameras on iPad — one on the front and one on the back. They may be tiny, but they’re a big deal. They’re designed for FaceTime video calling, and they work together so you can talk to your favorite people and see them smile and laugh back at you.3 The front camera puts you and your friend face-to-face. Switch to the back camera during your video call to share where you are, who you’re with, or what’s going on around you. When you’re not using FaceTime, let the back camera roll if you see something movie-worthy. It’s HD, so whatever you shoot is a mini-masterpiece. And you can take wacky snapshots in Photo Booth. It’s the most fun a face can have. 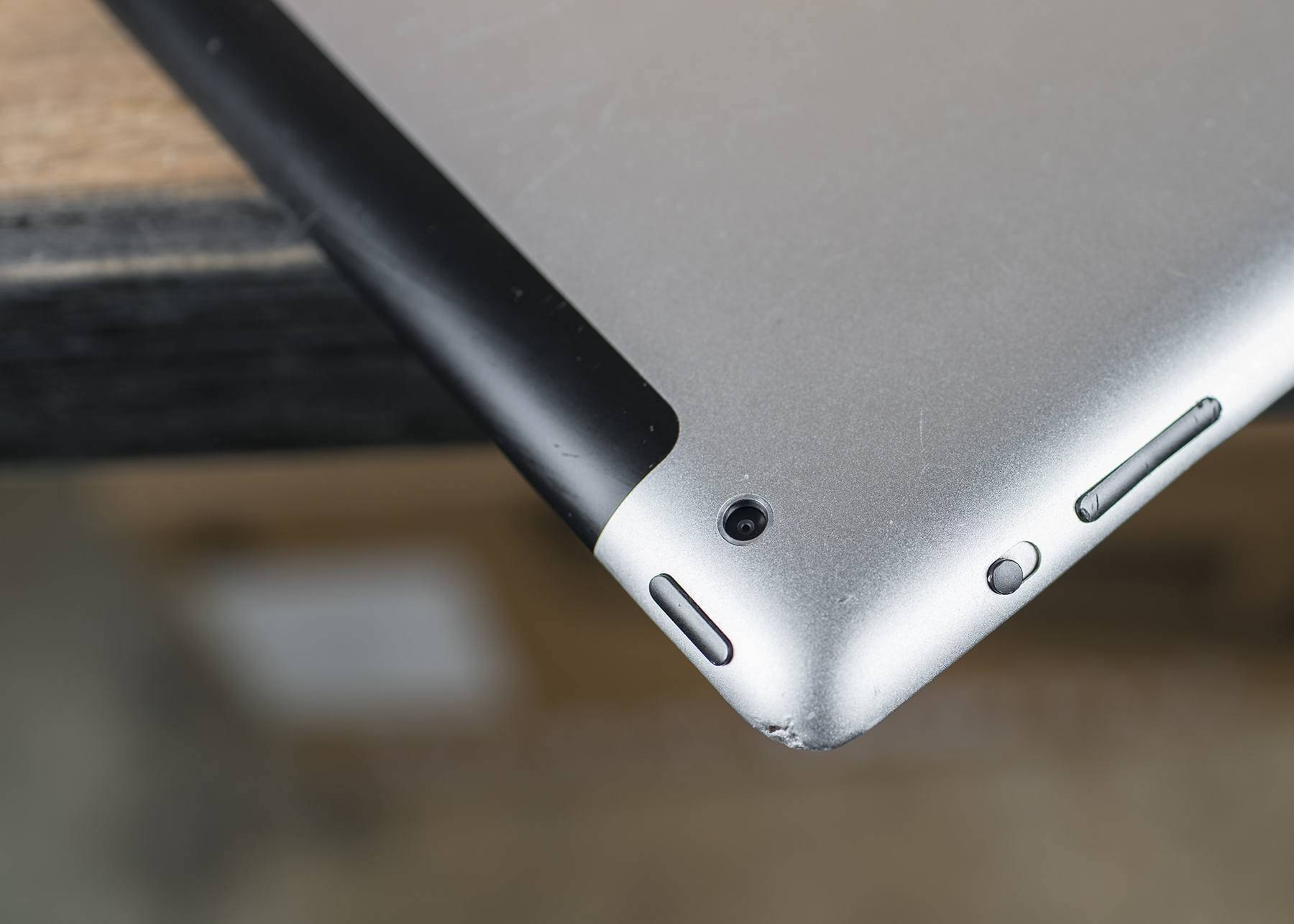 The camera components were borrowed from the iPod touch. The front camera show VGA video, while the back shooter captured video at 720p. As far as still photos … well … it wasn’t great, as Wired pointed out at the time:

The specs for the iPad’s rear-facing camera only lists one number: 720p. That should mean 1280 x 720 pixels, which gives a megapixel figure of 0.92, clearly useless for stills.

However, flip over to the iPod Touch camera specs and we see the following: “HD (720p) up to 30 frames per second with audio; still photos (960 x 720) with back camera.” Yes, the Touch shoots stills at an even lower resolution than video, most likely because the wide-screen movie format is squared-off to shoot stills. The stills it produces are just shy of 0.7 megapixels, or about the same resolution as an early 1990s-era digital camera.

The last thing Apple touted with the iPad 2 was an all-new accessory, the Smart Cover.

Gone was the ugly first-party case Apple sold with the original iPad. The new accessory simply covered the screen, and attached to the side of the tablet with magnets:

It could be folded up into a stand, and could wake the iPad when lifted away from the glass.

The Smart Cover has been revised since, losing one panel and receiving a more refined hinge. It’s held up over time, and I think Apple will continue to make them for a long, long time. 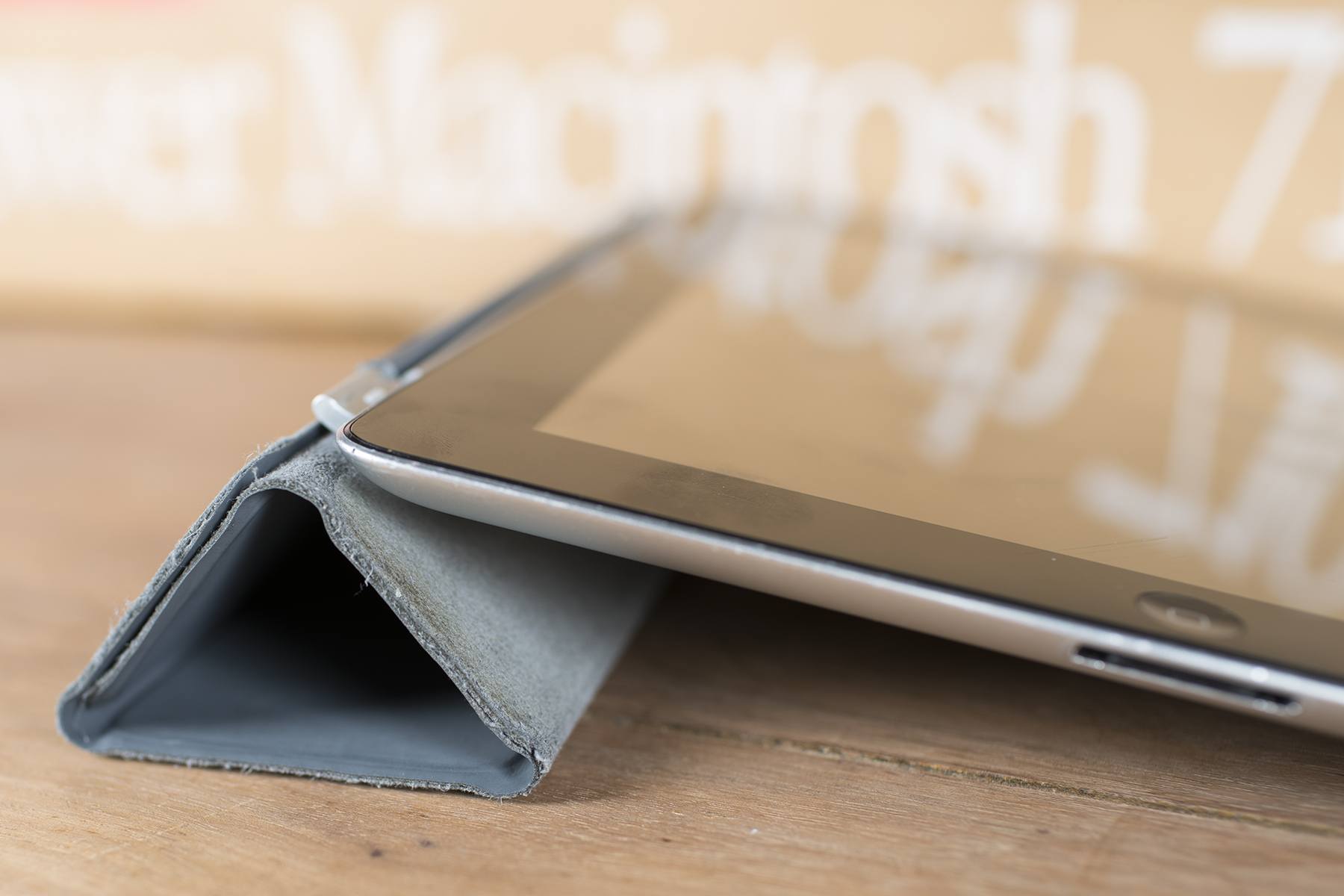 The reach of the iPad 2’s influence was felt even longer than its shelf life.

The original iPad mini was really just a shrunken-down iPad 2 with a Lightning port and better cameras. It was introduced in October 2012, and stayed on sale until March 2015.

The A5 chipset showed up in the 3rd-generation Apple TV, also announced in 2012. That thing was on sale until the fall of 2016.

The iPad 2 came into the world when things were simpler, and brought with it Apple’s current strategy of discounting older hardware.