The App Store is famous because of its simplicity and one-click downloads, right? I mean, that’s the reason Steve Jobs is even bringing it to the Mac. Well it turns out that according to a survey by nielsenwire, 32% of iPad owners have never downloaded an iPad app, and 5% have downloaded only free apps.

You can see the numbers in the pie chart below. 63% of iPad owners have bought apps in the store, with Games obviously taking a huge 62% of the charts.

I believe nielsenwire is a reliable source, but I really can’t see why would anyone want to keep a device apps-free. Maybe it’s the iTunes account creation process? 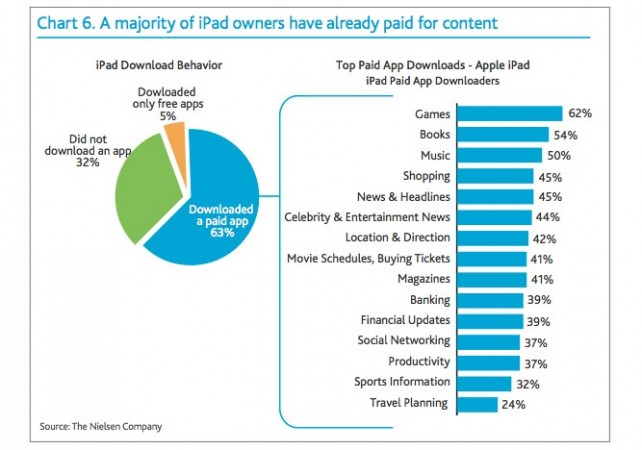 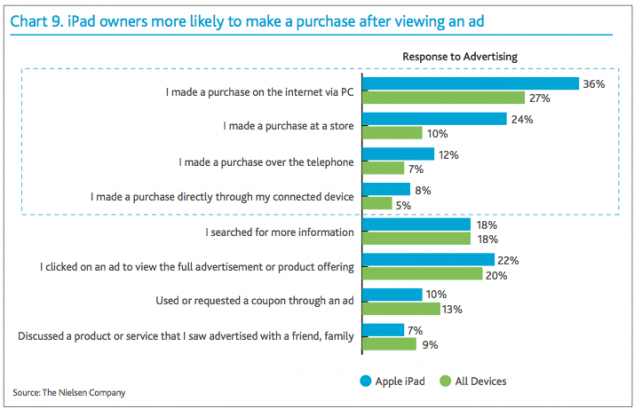