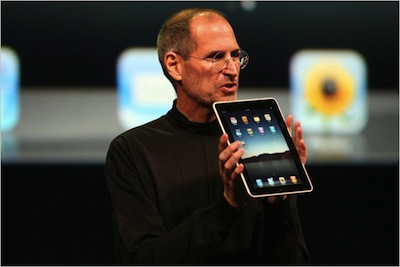 After that, all major newspapers and publications rushed to have iPad applications out in the App Store, and now they’re carrying those same apps over to Samsung’s Galaxy Tab. Most of those apps aren’t exactly “great”, some of them are well-realized and will even follow the website counterpart to adopt a subscription-based model (see the New York Times).

News Corp, however, wants to step up the game. They’re working on an iPad-only publication, which is coming “soon” and, according to James Murdoch, should be very “exciting”.

“The tablet in general, it lends itself to a type of journalism that is really new,” Murdoch said, highlighting the way print looks on tablets and the multi-touch screens that encourage interaction from readers.

“These really are becoming our flagship products, even though they’re very much in their infancy,” he said.

The app, or tablet-only website, will likely be optimized for iPad, Galaxy Tab and Research In Motion’s upcoming BlackBerry Playbook.