Not only President Obama got to talk with Steve Jobs at a private meeting last night to discuss Silicon Valley, technology and America’s issues with people losing their jobs, he also had the chance to sign an iPad a few days ago at a really in Seattle, WA at the University of Washington. 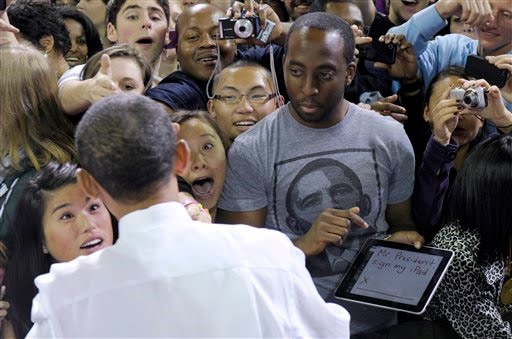 Sylvester Cann IV, TechCrunch reports, brought his iPad to the rally and fired up the Adobe Ideas application. Then I wrote “Mr. President, sign my iPad” with his fingers and on it and waited for Obama to show up. When he did, he pulled out his iPad and stared at the President. With a little surprise by secret service and the President himself, Obama approached the young man and yes, signed the iPad with his own fingers. Then Sylvester uploaded the screenshot to the internet and managed to grab a photo and video of the signing.

You can find it below. Sylvester also tells TC:

At a rally in Seattle, WA at the University of Washington, the President used the touchscreen on my iPad to give me his autograph. Secret service was leery about the idea, but they warmed up to the idea and the President thought it was cool.

He looked slightly surprised, but proceeded to use his finger to scribble on the iPad using the Adobe Ideas app.

I have a video of the event as well. This HAS to be the first time an iPad has received a Presidential autograph. 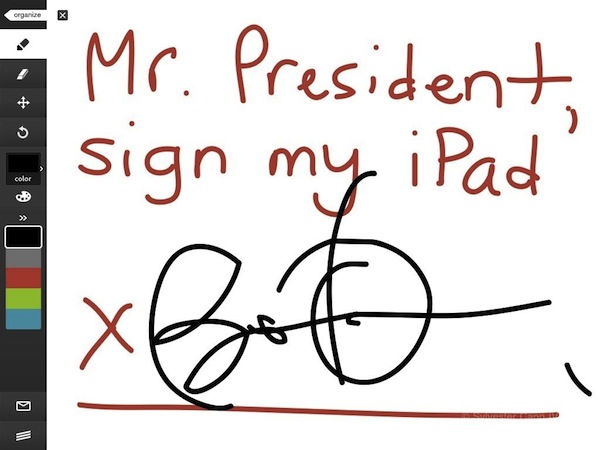