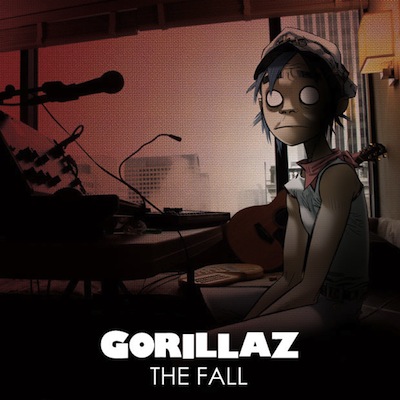 As announced by Damon Albarn in November, the new Gorillaz album “The Fall” is now available online for streaming and will be released as digital download tomorrow, December 25th. What’s so special about The Fall that we’re covering it on MacStories? It was entirely recorded on an iPad.

I’ve made it on an iPad – I hope I’ll be making the first record on an iPad. I fell in love with my iPad as soon as I got it, so I’ve made a completely different kind of record.

The Fall contains 14 new songs and it was recorded using apps such as SoundyThingie, AmpliTube, iOrgel HD and iElectribe. Full list of songs and apps used in the album is embedded below. You can stream the record for free now by hitting this link, which requires you to subscribe to the band’s mailing list. From a first listen, it all sounds pretty…digital and electronic. Perhaps different from previous Gorillaz records, but interesting nonetheless considering the setup being used to produce it. Check out the video of “Phoner to Arizona” below.

Recorded in Montreal on 3rd October

Recorded in Boston on 5th October

Recorded in New Jersey and Virginia on 10th and 11th October

Recorded in Detroit on 13th October

Recorded in Chicago on 15th October

Recorded in Chicago on 16th October

Recorded in Joplin on 18th October

THE PARISH OF SPACE DUST

Recorded in Houston on 19th October

THE SNAKE IN DALLAS

Recorded in Dallas on 20th October

Recorded in Amarillo on 23rd October

THE SPEAK IT MOUNTAINS

Recorded in Denver on 24th October

Recorded in Phoenix on 26th October

CALIFORNIA AND THE SLIPPING OF THE SUN

Recorded in Oakland on 30th October