We have already seen pictures of an alleged iPad 2 prototype featuring dual dock connectors, one on each side of the device. Today Patently Apple has found out that the European Trademark Office published a series of designs related to an iPad model featuring multiple 30-pin dock connectors.

The patent was filed in July 2010 and published three days ago. Both Steve Jobs and Jonathan Ive are mentioned in the design credits, so maybe something’s really happening this time? I don’t know - just like every tech company, Apple files a lot of patents - but it’s interesting to notice that the design patent was filed in July, months after the release of the iPad. Perhaps Apple listened to user’s feedback? 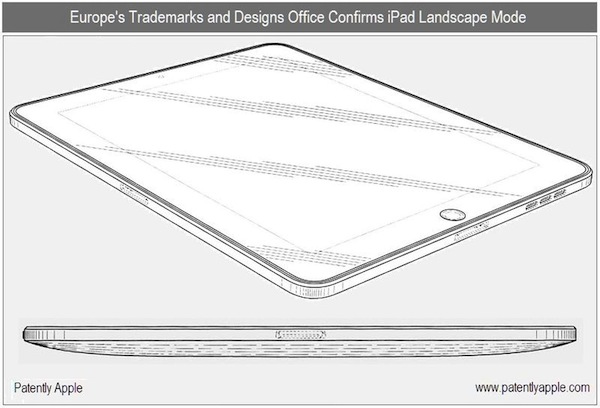 Like I said many times in the past, such design would be very un-Apple but it would also open a huge market for dual-orientation iPad docks and stands. Truth be told, I think it’d also be terribly useful. We’ll see.