It’s not too early to start speculating about the next generation iPad which, hey, should be announced in 4 months. According to Mission Repair  website, this could be the enclosure of the “iPad 2”, with dual dock connectors: 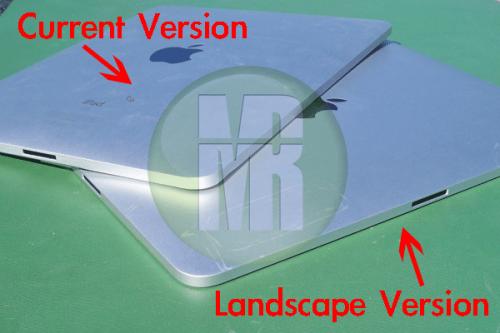 Ask and you shall receive: Here’s a shot of an iPad back case showing the dock connectors both on the bottom of the iPad (as we’re used to) and on the side of the iPad so you can dock it in landscape mode. Just as we hoped.

The allegedly leaked picture shows a dock connector on both sides of the device. As you can see, though, it also looks like that the iPad’s back is flat, rather than slightly curved as the current model. MacRumors notices that patents about dual dock connectors have been filed in the past, but this could just be a prototype of the iPad 1 scrapped by Steve Jobs.

Of course the next iPad will be thinner and lighter, but how did Mission Repair managed to get these pictures? I think that what we have here is a prototype of the first generation iPad, and MR somehow managed to get their hands on the enclosure.