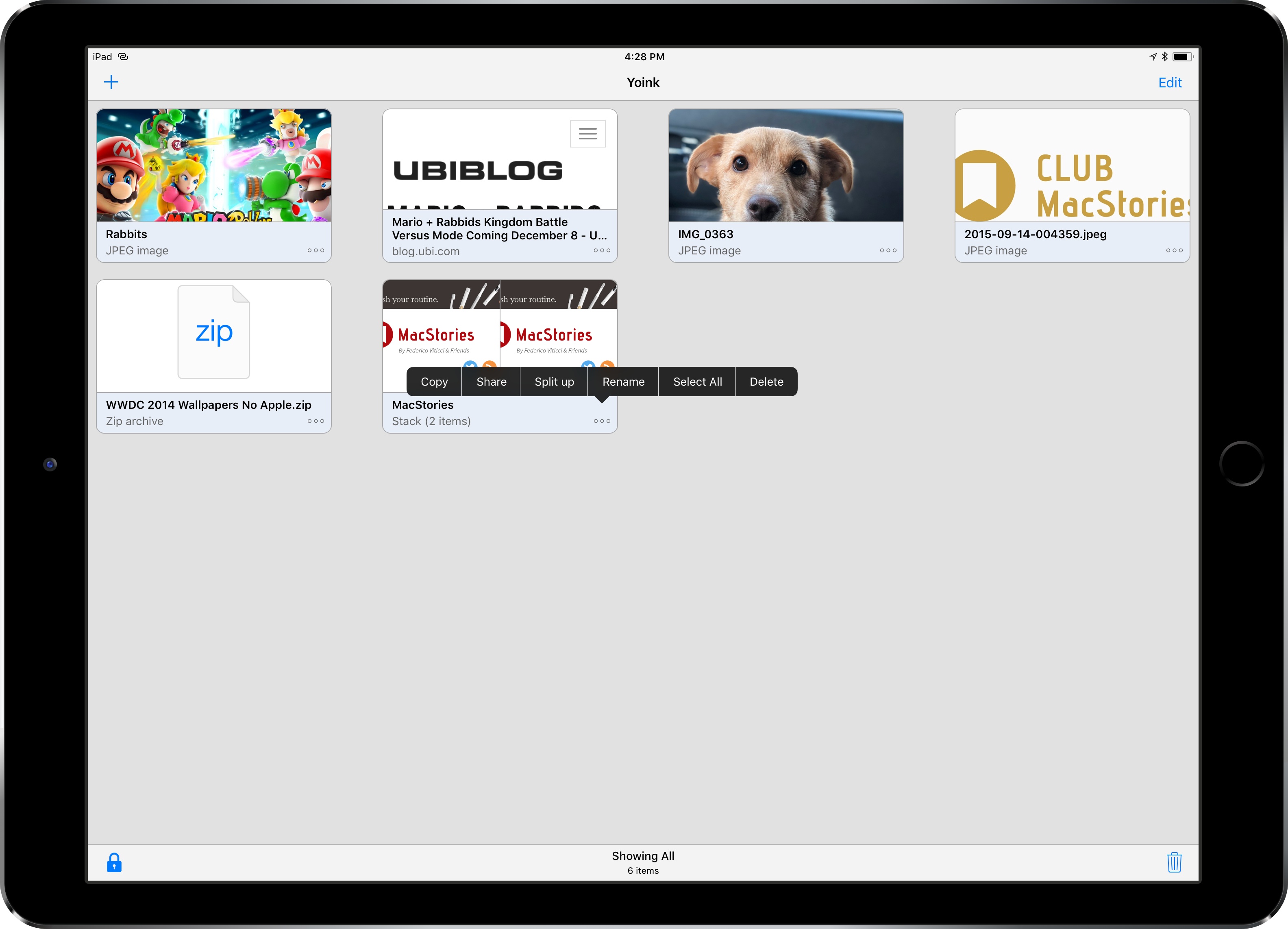 I use Gladys as my go-to shelf app on the iPhone and iPad, but I’m also a fan of what developer Matthias Gansrigler is doing with Yoink on iOS. Yoink is a popular drag and drop assistant for macOS that launched earlier this year on iOS with an iPad app that, like many others, took advantage of the drag and drop APIs in iOS 11 to offer a mix of a shelf app and clipboard manager.

There are some terrific improvements in version 1.1 of Yoink for iOS, released today on the App Store. The app now integrates with the system clipboard and 3D Touch quick actions, allowing you to save something you just copied either by accepting a prompt in the app or with a shortcut from the Home screen. 3D Touch is also supported inside Yoink, where you can peek and pop item previews, as well as entire stacks. Speaking of stacks, you can now create them like app folders on the Home screen – just pick up an item, hold it on top of another, and you’ll create a new stack in Yoink.

Among the many other fixes and improvements of this release, I want to mention the ability to download URLs with Yoink’s extension. If you come across a link to a downloadable file on your iPhone or iPad, you can share it with the Yoink extension, which will ask you whether you want to save the URL itself in the app or download the linked file instead. If you choose the latter, Yoink will start the download process in the background and save the file inside the app. This is a good workaround to the lack of a native file downloader UI in Safari for iOS. 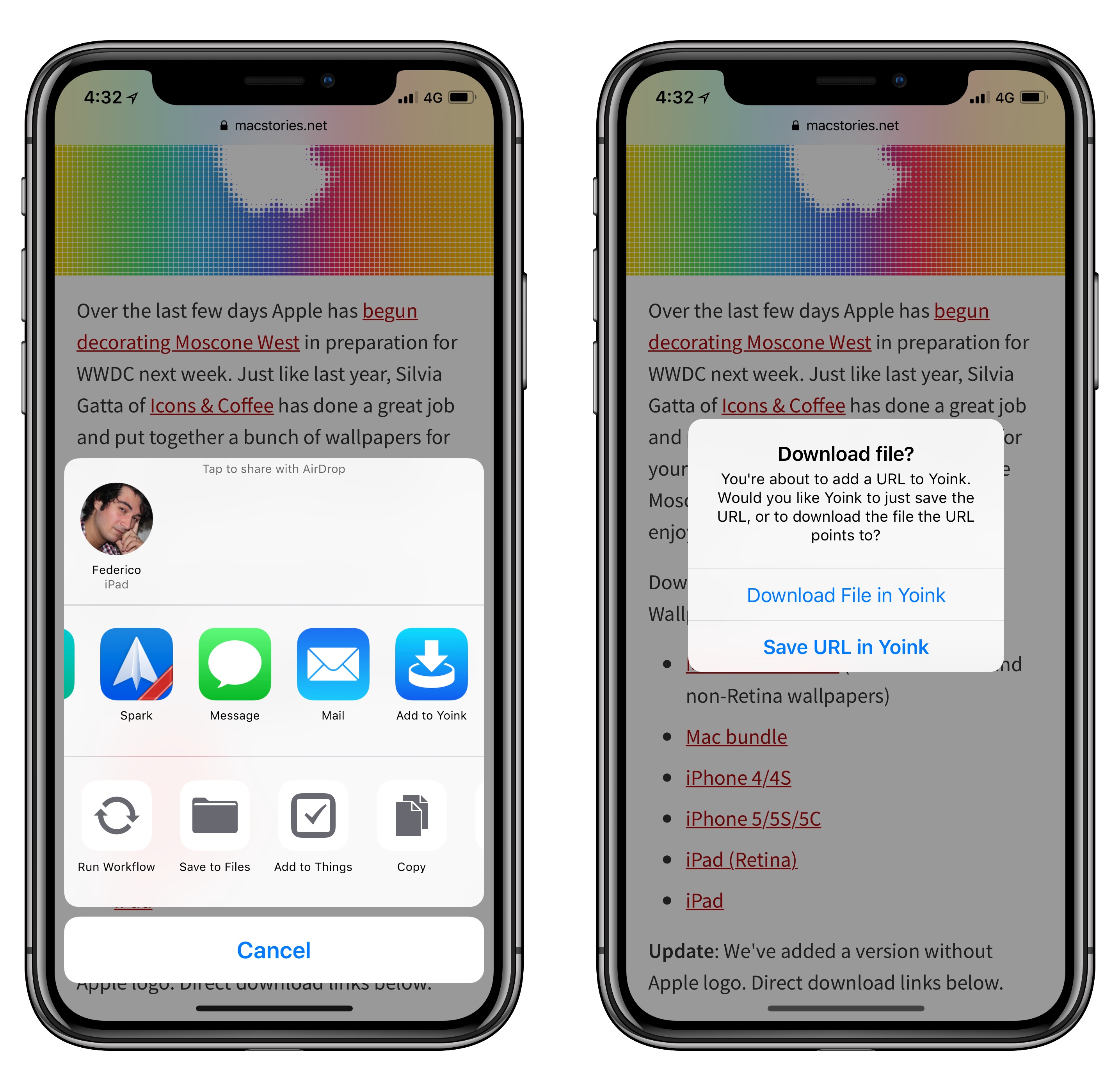 Downloading files from Safari with Yoink.

Yoink also offers integration with Files through a file provider extension now, and there’s a URL scheme to automate the process of sending text to the app. While Yoink is obviously skewed towards importing items via drag and drop, I like the idea of allowing power users to quickly save bits of text into it through apps like Launcher and Drafts.

There are dozens of smaller changes in Yoink 1.1, and I highly recommend checking out the (extremely detailed) release notes on the App Store. I like Yoink, but, for me, Gladys is still the more powerful option thanks to sync and deeper controls on file types. However, sync isn’t necessarily a priority for this kind of utility, and I find Yoink’s stack-based structure to be more intuitive and useful than Gladys’ label organization. Yoink is a great way to get started with a shelf app in your iPad workflows, and version 1.1 is worth another look for those who only tried the app when it launched in October. Yoink is available at $2.99 on the App Store.