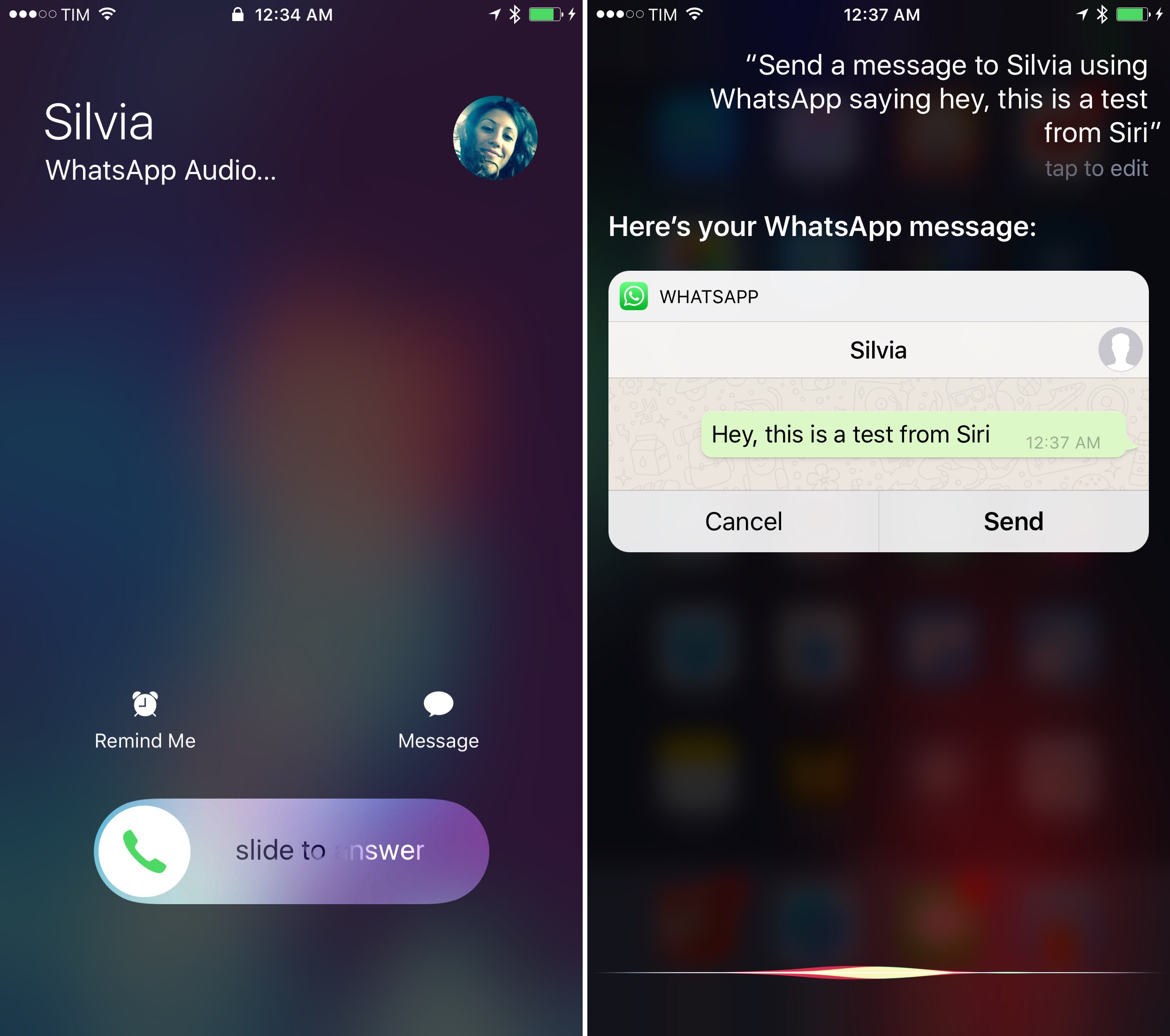 CallKit and Siri in the latest WhatsApp update.

There are two iOS 10 features I wish I could have covered with more examples in my review: SiriKit and CallKit. It was tricky to get my hands on Siri-enabled apps this summer (I only tested one); I couldn’t try any CallKit app.

WhatsApp didn’t miss the opportunity to support the latest version of iOS with new features ready at launch this time. With an update released today, WhatsApp has brought Siri integration to send messages and CallKit support to elevate VoIP calls to a native experience on iOS 10.

I’ve been playing with both features tonight, and they work just as well as Apple advertised. You can ask Siri to send messages on WhatsApp and it’ll show you a preview of the message with WhatsApp’s UI before sending it. It’s fast and it works from anywhere. Same for CallKit: WhatsApp calls take over the Home screen and Lock screen with the regular interface of phone calls on the iPhone – they’re not basic push notifications anymore. 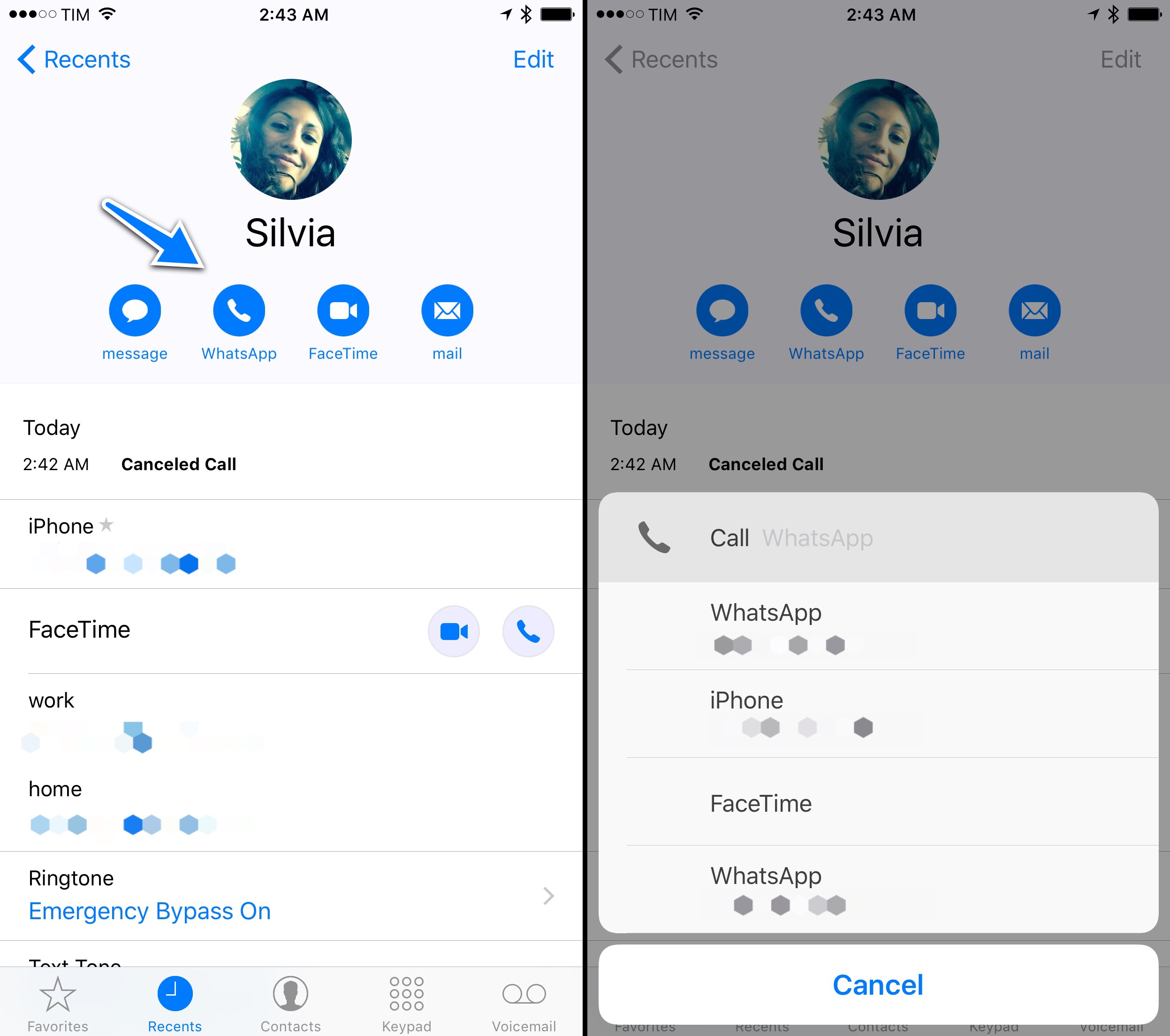 You can even add a button to start a WhatsApp call to a person’s contact card (try to long-tap the ‘Call’ button and you’ll see) or to your Phone’s Favorites. WhatsApp calls feel like part of iOS now thanks to CallKit and Intents – and other VoIP services can take advantage of the framework, too.

I had a rough idea of how Siri would work in everyday scenarios (I think it’s going to be a great addition to messaging apps on iOS), but I’ve been genuinely impressed by CallKit and contact extensibility so far.