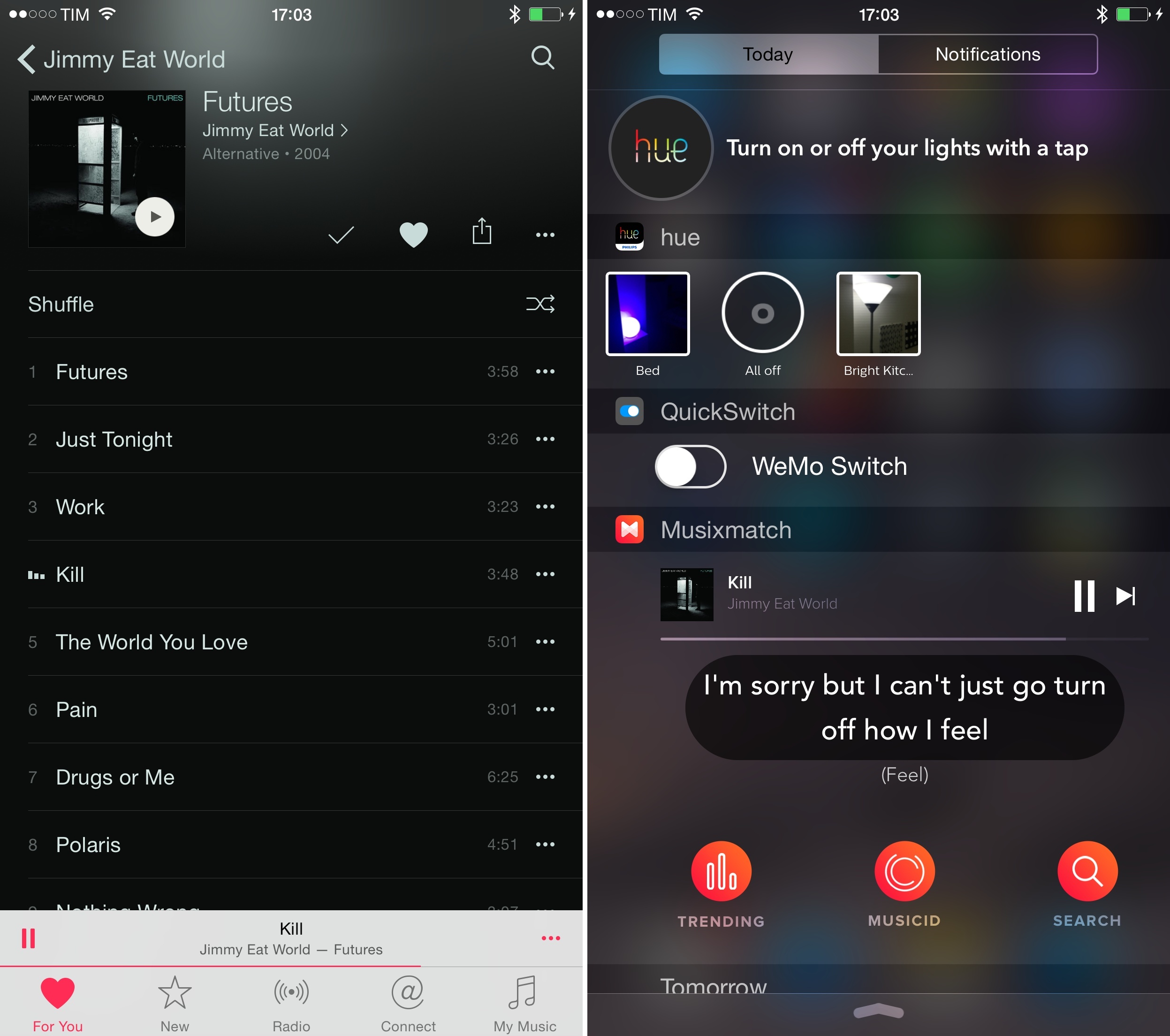 I wrote about the Musixmatch widget last year, noting how its integration with the iOS media player and Notification Center was “too good to pass up”:

Here’s how it works: start playing a song in Apple’s Music app, open Notification Center, and Musixmatch will show you synced lyrics that follow the song you’re listening to. If you’re used to the traditional Musixmatch experience (in the iOS app or one of their desktop integrations, such as Spotify), you’ll recognize the service’s display of lyrics and timeliness – only as a widget on iOS.

I was listening to some playlists on Apple Music today and, to my surprise, the widget is already compatible with any song streamed from the service without an update required. Simply install Musixmatch, put its widget in Notification Center, and play a song in the new Music app. Musixmatch will match the song with its large database of officially licensed song lyrics, and upon opening Notification Center you’ll have to wait a second for the lyrics to load and be displayed in real time alongside the currently playing song. No setup, no search or music ID required.

If you care about song lyrics like I do, this is a great user experience, especially because it works out of the box. I wonder if Apple will eventually add built-in lyrics to Apple Music, but, until that time, the Musixmatch widget is a handy addition to the service.