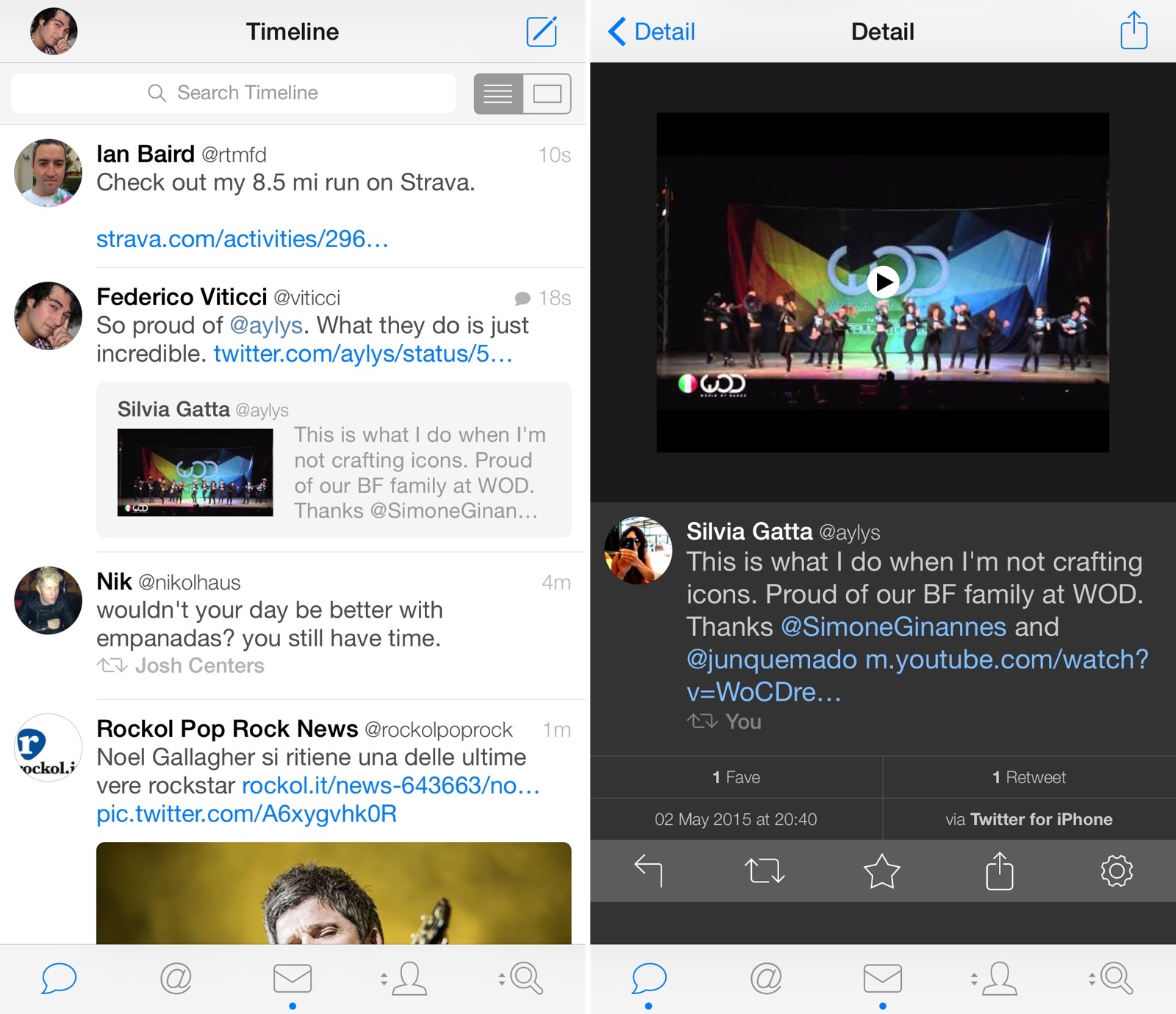 An update to Tweetbot released last Friday has introduced support for Twitter’s new ‘quote’ feature, which allows to add comments to tweets without wasting text and while still embedding the original message with a nice preview.

The feature, first launched by Twitter in its iPhone app last month, allows Tweetbot users to quote tweets by adding their comments before a twitter.com URL. When a tweet is sent in Quote mode, the comments will be displayed on top of the original tweet, which will be shown as an inline preview that carries the original user’s profile name, username, a truncated version of the tweet, and any included Twitter photo. This is closely modeled after Twitter’s own quote style, which also embeds tweets with text and images.

Version 3.6 of Tweetbot with the new quote feature is available on the App Store. Twitterrific, iOS’ other popular third-party Twitter client by The Iconfactory, hasn’t been updated with support for quoted tweets yet, but, considering the addition in Tweetbot, I hope it’ll follow soon with its own take on the functionality.