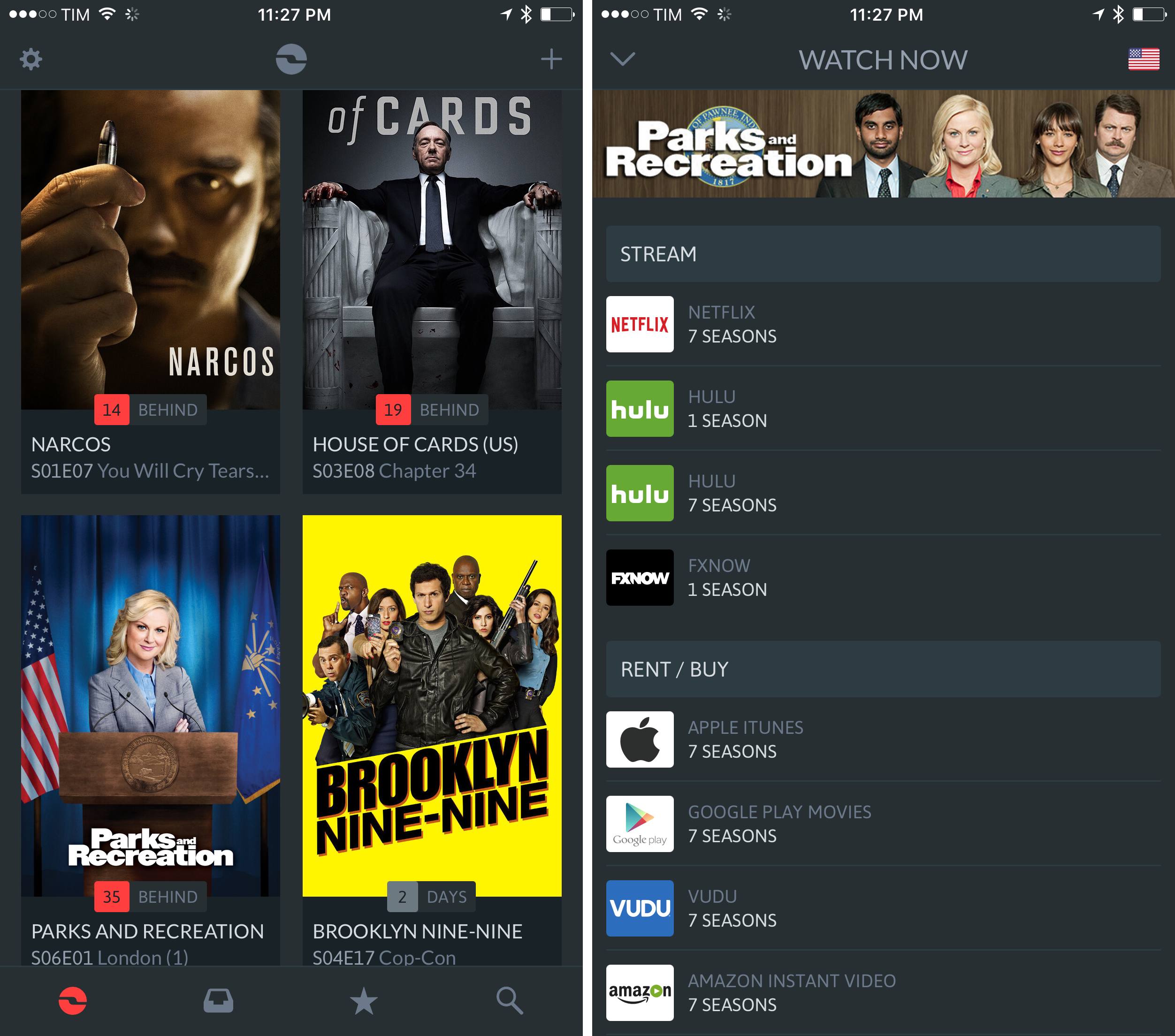 A few days ago, I asked on Twitter for a TV show tracker that could sync with Trakt.tv and show where each episode could be legally streamed. I’ve been using Trakt.tv to organize my TV show library and keep track of new episodes for a couple of years now, but I couldn’t find a Trakt-compatible app that also supported showing streaming sources for episodes – like Apple’s TV app does, for instance. In the few weeks I spent using the TV app, I thought that was one of its best options.

Today, iShows – a longtime MacStories favorite – has added this feature, which is called Watch Now. After selecting the country you want to use for streaming (useful, for instance, if you live in Europe but use a VPN for American streaming services like HBO Now), iShows will display where each episode can be streamed or, alternatively, purchased or rented.

I tested Watch Now with the dozen of TV shows I’m tracking in iShows/Trakt, and it works as advertised; with one tap, iShows will open the link for an episode’s streaming source, which thanks to Universal Links on iOS will deep-link directly into the associated video app (if installed). It couldn’t be easier, and I appreciate that I don’t have to look up each show’s information on the web to learn where it can be streamed.

While there are a number of great Trakt-compatible apps at this point (some favorites of mine include Couchy and Television Time), iShows has regained a spot on my devices because of the addition of Watch Now.

You can get iShows 2.9 from the App Store.