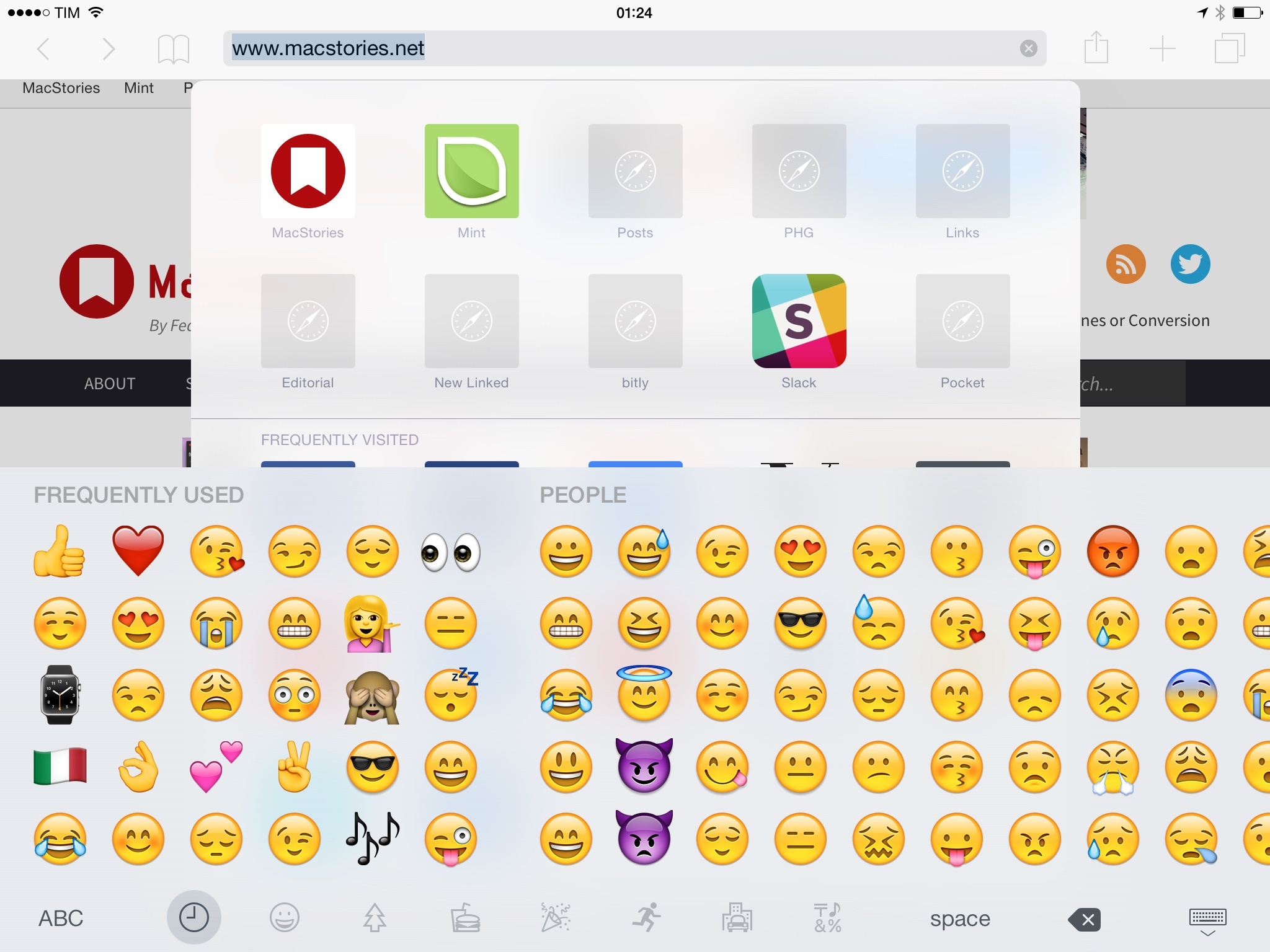 Apple released iOS 8.3 earlier today, bringing a variety of bug fixes (with some of the most detailed release notes I’ve ever seen in an iOS update), new diverse emoji with skin tones, and various improvements to Siri and CarPlay. Josh Centers has a good overview of the changes at TidBITS.

I haven’t had much time to check out iOS 8.3 (I installed the developer beta on a loaned iPhone 6 Plus earlier this week), but, so far, everything seems a bit faster and generally fine on my iPad Air 2 (which I’ve been using all day for work).

I like the new emoji keyboard because it makes it easy to find different categories with a new scrollable UI (reminiscent of the excellent Emoji++, which I’ve uninstalled to take Apple’s new keyboard for a spin). The new emoji keyboard is especially nice on the iPad, with big previews and category icons at the bottom. Third-party keyboards seem to be faster when switching between them (but they’re still not as responsive or integrated as Apple’s native ones) and I’ve noticed no rotation problems on the 6 Plus so far.

iOS 8.3 appears to be the equivalent of iOS 7.1 last year – dozens of important fixes, nicely wrapping up most of the work on iOS 8 before WWDC.