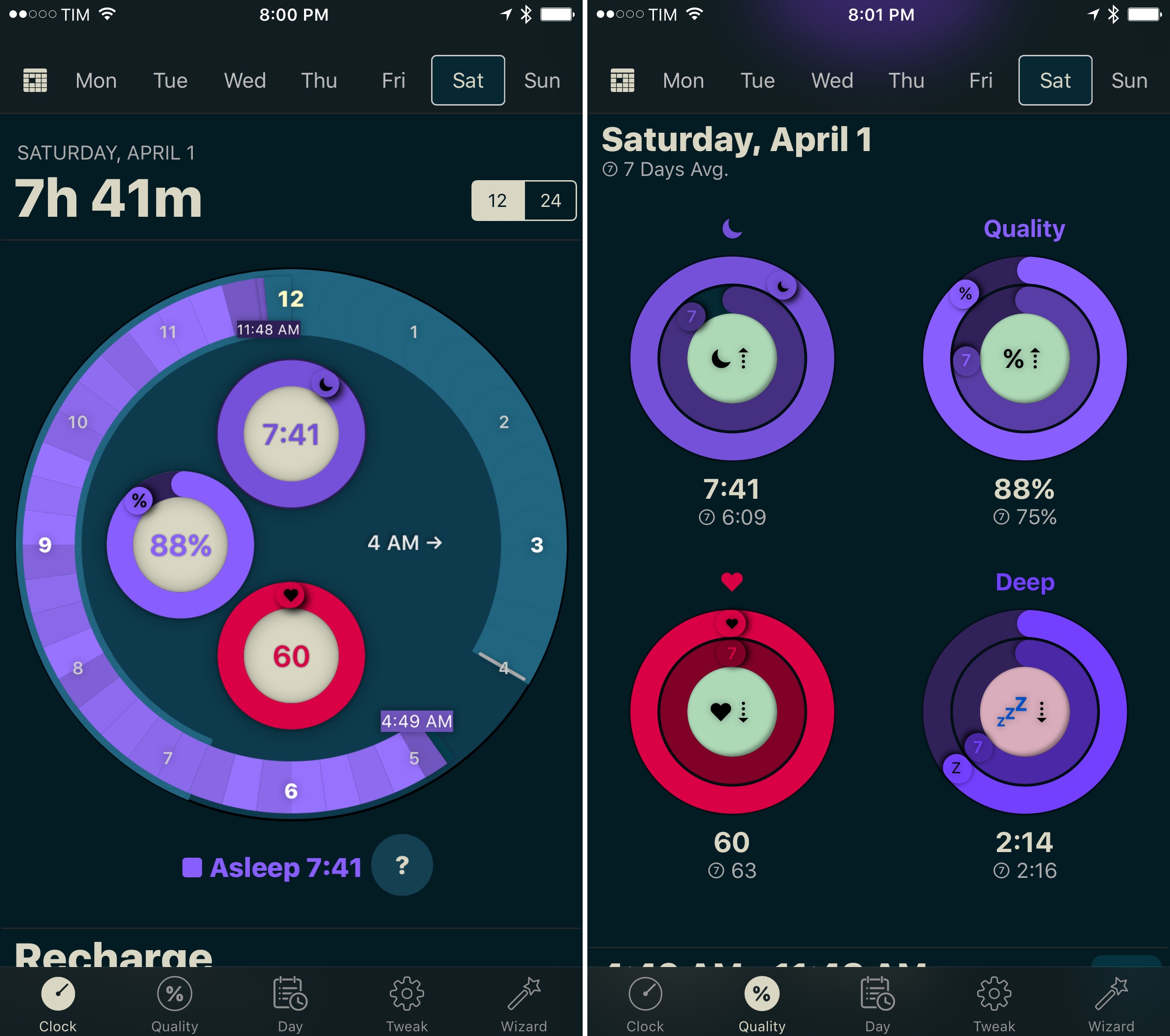 AutoSleep, my favorite sleep tracking app for Apple Watch, has received a major update to version 4.0 earlier this week, which has brought a complete redesign that makes the app more intuitive and informative.

Developer David Walsh has been busy with AutoSleep’s development: version 3.0 was already quite a departure from the original app released in December 2016, but AutoSleep 4.0 feels like something else entirely. The app is finally beautiful to look at, with a clever visualization of sleep times and quality based on rings. In the main clock UI, you can now easily see how much you’ve slept and the quality of your sleep; at the bottom of the same page, another set of rings displays ‘Today’s Sleep’ alongside an arguably more useful 7-day average. This use of rings is reminiscent of Apple’s Activity app, and I think it’s a perfect match for sleep tracking. If Apple ever adds native sleep tracking to watchOS, I wouldn’t be surprised to see an implementation similar to AutoSleep.

There’s a lot more to explore in AutoSleep 4.0 – the app now has a dark interface (which makes the colored rings truly pop), every chart has been redesigned and reworded for clarity, and browsing an individual day’s timeline is faster than before. I continue to be impressed with Walsh’s ability to listen to feedback and iterate without drifting away from AutoSleep’s underlying goal, which is to help you form better sleep habits by seeing what you’re doing wrong.

AutoSleep makes me appreciate wearing the Apple Watch more. I highly recommend taking version 4.0 for a spin if you haven’t tried the app in a while.

AutoSleep 4.0 is available on the App Store.