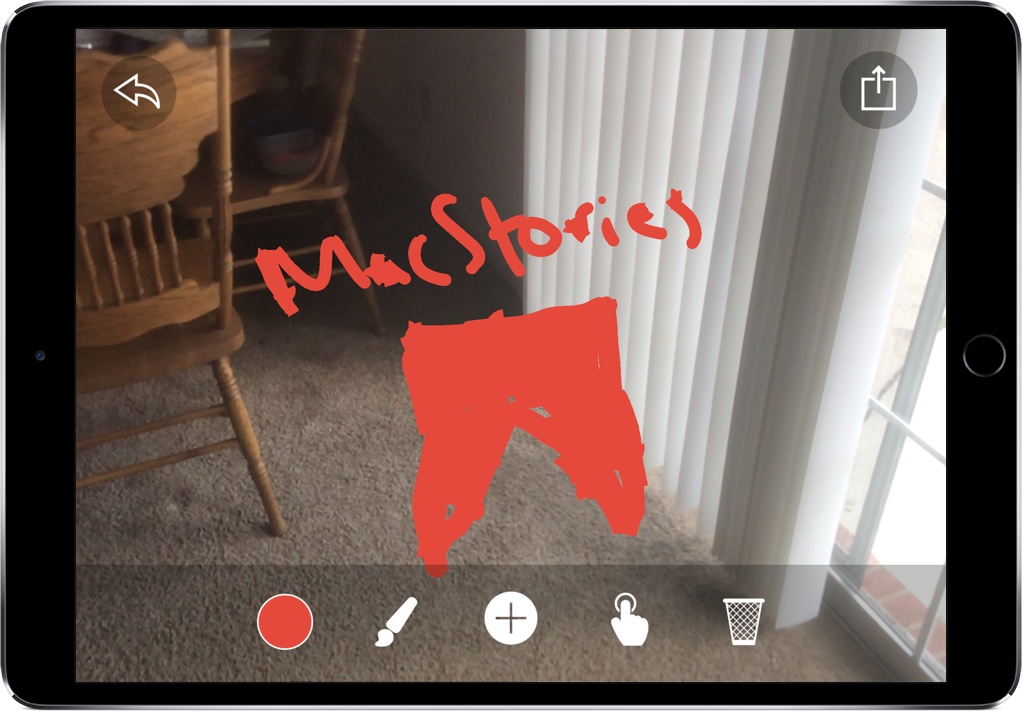 One of my all-time favorite tech demos is Tilt Brush, a VR painting experience where you can create art in 3D on the HTC Vive. Immediately, you begin seeing the potential of VR artistry, allowing artists to utilize tools not available in the real world. By creating free-floating structures with unique brushes, Tilt Brush was my first exposure to what the future of digital art could look like.

Paint Space AR is Tilt Brush for the AR world, enabling you to create interesting pieces of art right where you are. With AR, though, Paint Space has a unique advantage: instead of having to create something in a simulated space, you’re able to paint on objects right in front of you.

END_OF_DOCUMENT_TOKEN_TO_BE_REPLACED

It’s been a good year for the Splitter Critters team. Released to excellent reviews and much fanfare, the game gained traction before ultimately being awarded an Apple Design Award at this year’s WWDC. And with the release of iOS 11, Splitter Critters is adding another reason to love it: augmented reality levels.

END_OF_DOCUMENT_TOKEN_TO_BE_REPLACED 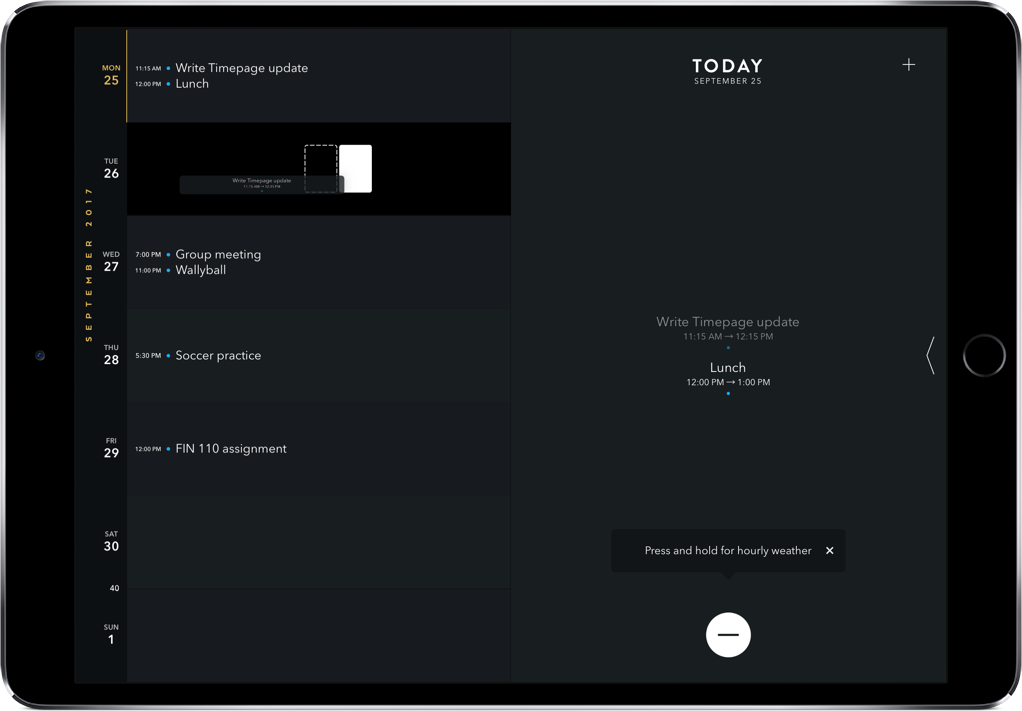 Your phone buzzes. It’s a message from a friend asking to reschedule your dinner in an hour for another day. You’ve already put on something nice, so it’s a little inconvenient – but it’s also going to be tedious to make the adjustment on your calendar.

Timepage’s recent update can’t change you back into comfortable clothes, but it can make rescheduling events much easier. As with most iOS 11 app updates, this comes through drag and drop and thankfully works on both iPhone and iPad.

END_OF_DOCUMENT_TOKEN_TO_BE_REPLACED

I never was the kid to play with toy trains, but that hasn’t stopped me from becoming engrossed in augmented reality ones thanks to Conduct AR.

An AR follow-up game to Northplay’s Conduct THIS, Conduct AR puts you in control of trains barreling down the tracks. As they make their routes, they’ll pick up passengers at stations for later drop off, but only if you can guide the trains there without crashing into obstacles along the way.

To do that, you’ll switch tracks, stop, and start the trains, carefully pointing your camera at them and tapping the screen at the same time. In AR, though, this can be tricky, as Conduct AR requires you to move around, peer into the level, and get close enough to where you can control the trains in a precise way.

Many AR apps are meant to be seen as a big picture experience, like a rocket ship landing in your backyard pool. That’s not Conduct AR. In order to play the game right, you have to survey the level and get a perfect understanding of how to play it. As you progress through the levels, so much is happening that you always have to be moving, checking tunnels, and guaranteeing your trains don’t crash.

Conduct AR’s performance is sufficient but occasionally shaky, sometimes in the literal sense; there were occasions where the tracking fell off and required an app restart. Still, those issues are relatively uncommon, and the game often runs well.

If you’re looking to dive into Conduct AR, I really recommend that you play it on a desktop or table – with a flat surface directly in front of you, it’s much easier to stand up, move around, but also play comfortably. You should also know that the game has run hot on my iPhone 7, but I’d expect this to get figured out on the iOS end as ARKit develops.

Once you become addicted to Conduct AR, you’ll be happy to see that there’s plenty of content to work through before you finish the game. For $3.99, it’s worth the experience alone, but having many levels makes it all that much sweeter. Those interested in the new AR experiences in iOS should pick up Conduct AR in the App Store here. 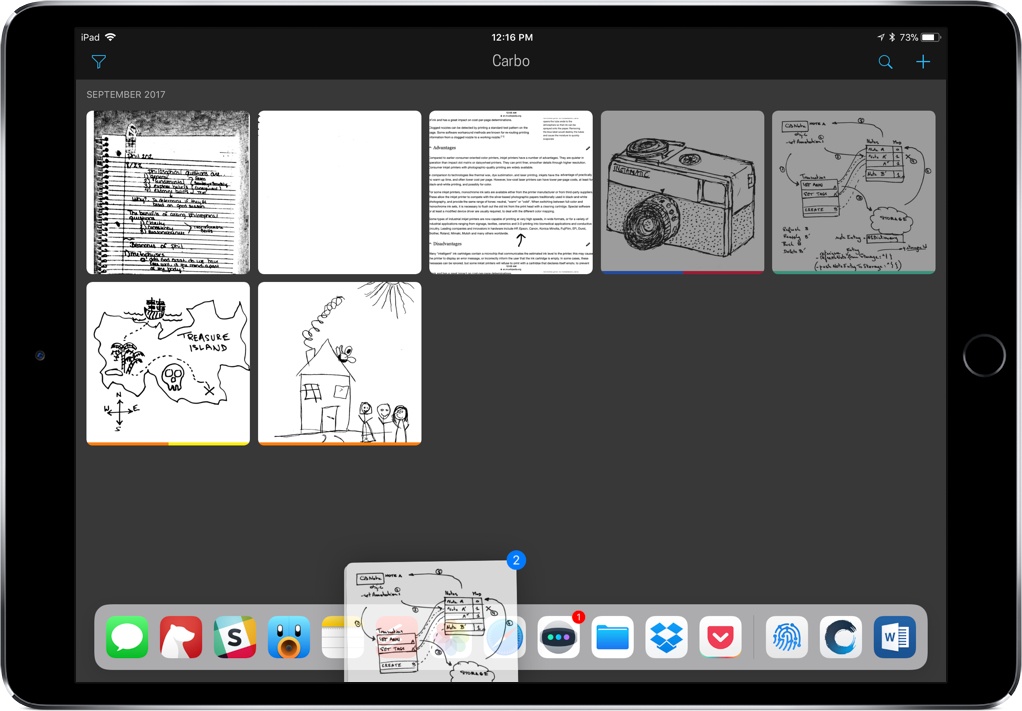 When I stumbled upon Carbo way back in January 2016, I praised it as a utility that improved my note-taking, bringing my handwritten notes into an editable, digital format. Twenty-one months later, Carbo brings its biggest update yet, aimed at making it even easier to import and export your notes through drag and drop in iOS 11.

END_OF_DOCUMENT_TOKEN_TO_BE_REPLACED 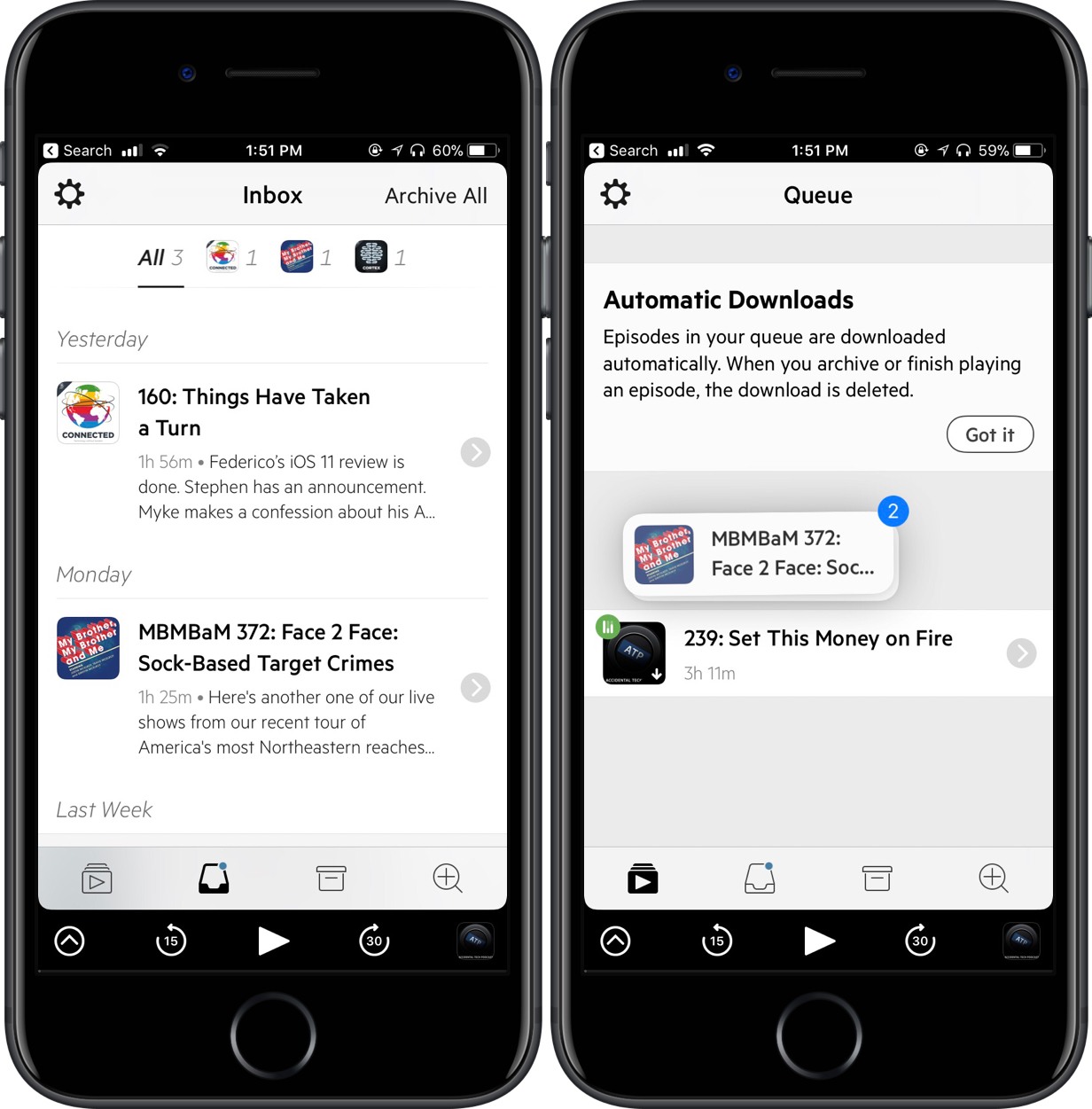 As my list of podcasts grows and my preferences change, I’m finding it tougher to organize my shows in an effective and intentional way. With Castro 2.5, though, something clicked. Through a combination of the inbox-queue methodology and drag and drop for my podcasts, I’ve been able to rethink how I listen to my feed.

For those unfamiliar with Castro, it features two locations for your podcasts to live: inbox and queue. When the latest episode of your show comes out, it’ll automatically drop into the inbox, either to be left for later or moved to queue to be played. As you might expect, moving multiple episodes over to the queue could be tedious, requiring you to transfer them one at a time; however, Castro now supports in-app drag and drop on iOS 11, making it easier to swap them back and forth.

The feature works like this: tap and hold a show so that it follows around your finger. Then, select any other podcast you’d like to move over to queue, tap on the queue icon at the bottom of the screen, and drop them onto that screen. You also can drag the episode on top of the icon, wait for it to open, and then drop it in the destination. All of this means you can grab as few or as many podcasts as you want, refining your queue to exactly what you’re looking to listen to.

Admittedly, I’ve been a devoted Overcast user for years, but this organization method in Castro has me thinking twice. Being able to move shows with drag and drop helps me filter what I’m immediately trying to listen to, an effect that can save me a lot of time. This works both ways, too, so I can save into the inbox episodes I’m not in the mood to listen to right at that moment.

If you’re a serial podcast listener like me, I’d recommend giving Castro’s 2.5 update a try. To do so, you can purchase it in the App Store for $3.99 (iPhone only) or update the app for free. 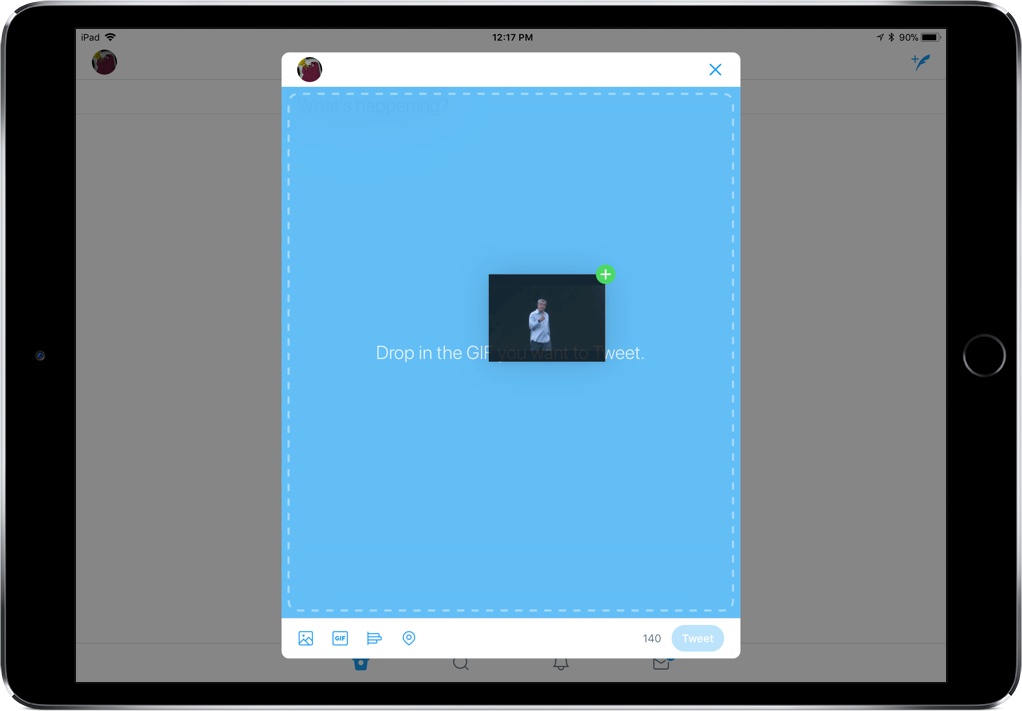 If you need another reason to believe drag and drop in iOS 11 is a big deal, here’s one: Twitter, long known for its “a few minor updates” releases, brought a day one release supporting drag and drop in the composition area. For iPad users, this means that you can drag photos, GIFs, text, and more right into Twitter when you’re composing a tweet – so instead of searching endlessly for the perfect photo in the app, you can bring it over from another source.

Additionally, Twitter’s update brought support for iOS 11’s Smart Invert Colors accessibility setting, which means you can now invert the screen’s colors while still seeing media in the intended colors. This is a pretty specific new feature to support, but it shows that Twitter cares how people view the app and is willing to make display changes to accommodate that.

When tweeting images, Twitter will also display larger preview images to help you guarantee that you’re showing exactly the right picture. And with an expandable compose area, you’ll be able to see all the content you’re planning to put into a particular tweet.

While pretty minor, the latest update to Twitter shows promise for further updates, including more support for drag and drop. In the future, I’d love to see support for dragging images to direct messages and for them to expand how I can take content out of the app. 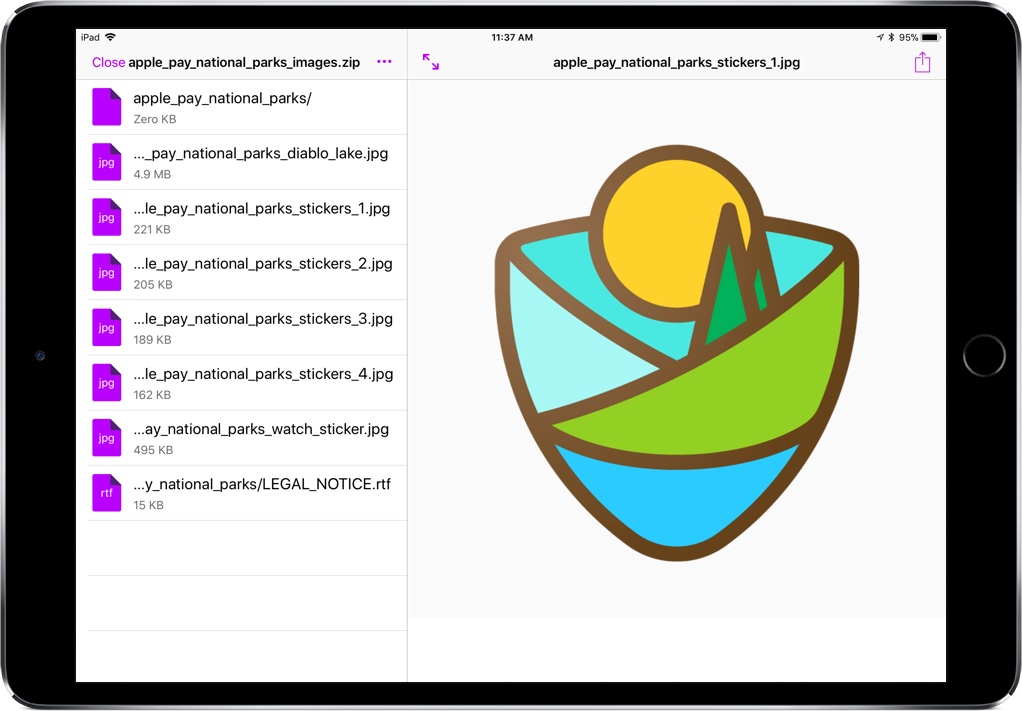 Since moving to the iPad full-time, I’ve had a couple ZIP-related moments of frustration. Whether I’ve been trying to create a ZIP archive or unzip a file, I’ve had to resort to apps with less-than-ideal support.

Kpressor is a new app that specializes in ZIP compression and decompression built for iOS 11. Through the Files app, you can work with ZIP files in the easiest way I’ve seen yet, an integration that will speed up my workflow and keep me from pulling out my hair.

END_OF_DOCUMENT_TOKEN_TO_BE_REPLACED 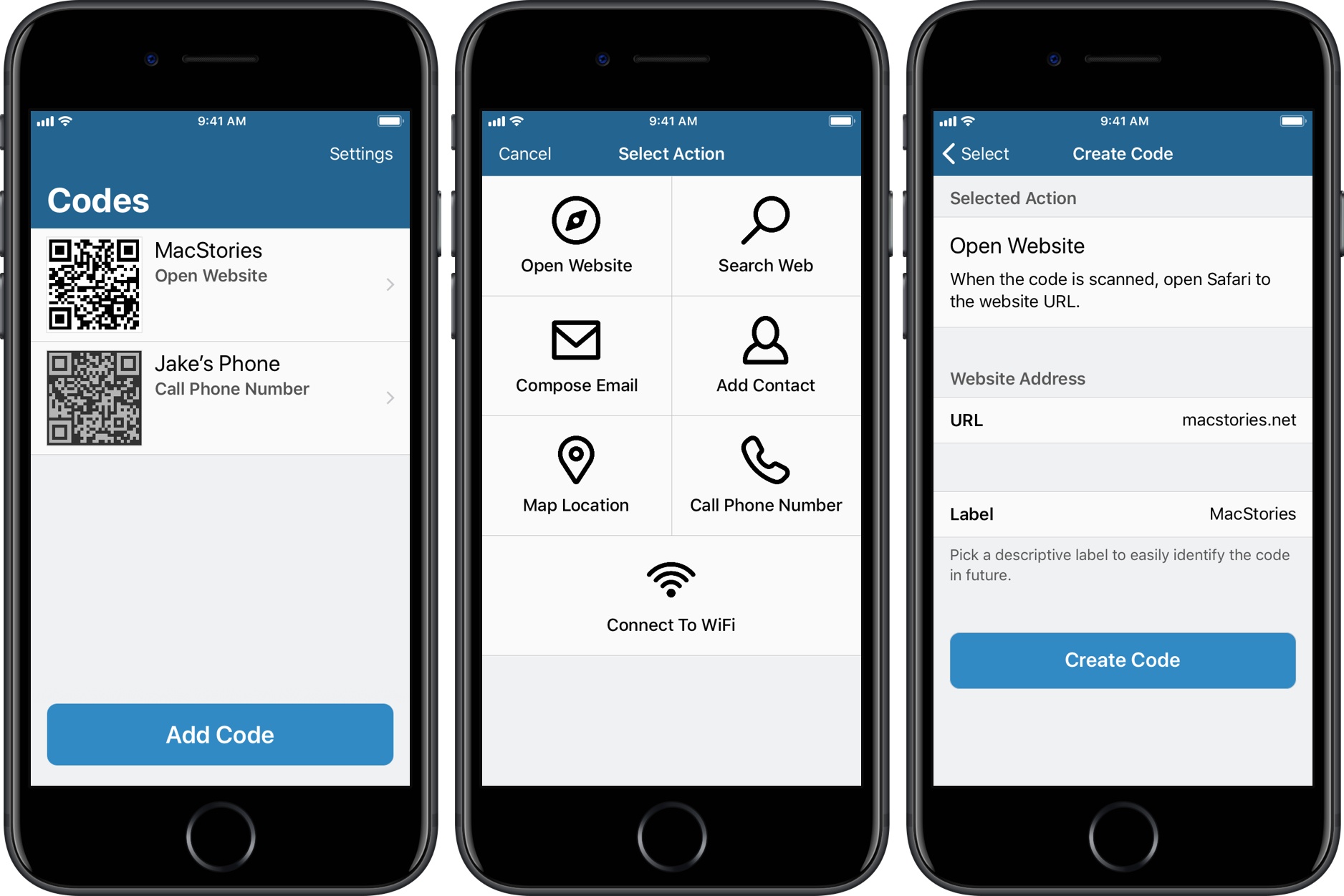 With the move to iOS 11, we’ve seen flashy releases centered around augmented reality, drag and drop, and depth mapping, showcasing what the headlining features of the new OS look like in practice. But an under-the-radar feature, QR code support in the Camera app, is shaping up to have a promising future, and Visual Codes shows us why.