I’ve been keeping an eye on Miitomo – I still don’t completely understand it, but I’m intrigued by the premise of a friend-based network with mini-games and the ability to collect coins. Those coins can then be used to claim rewards and redeem other Nintendo-related content such as games and customizations. I’m curious to see how Miitomo will perform outside of Japan.

This morning Nintendo also launched My Nintendo, their new web service, globally. As I noted on Twitter, it’s a surprisingly well done web app. If you’re going to install Miitomo this morning, make sure to connect your existing Nintendo Network ID and online profiles to earn some free points and easily find new friends to add on Miitomo.

With a press release published this morning, Nintendo has announced that Miitomo – the free-to-start social app for iOS – will be launching on Thursday, March 31 in the United States and several European countries.

On March 31, Miitomo, the company’s first-ever smart device application, is launching in the United States and several other countries. Miitomo is a free-to-start social experience that lets users spark one-of-a-kind conversations with friends in a whole new way using Mii characters. The app recently launched in Japan and was downloaded more than 1 million times in its first three days of availability, while achieving the #1 most downloaded free app status in both the App Store and Google Play storefronts.

Alongside Miitomo, Nintendo is also introducing a web version of the eShop to browse digital games from any web browser. The eShop for the Nintendo 3DS and Wii U was launched in 2011 without a web counterpart.

Featuring an expanded catalog of more than 2,000 games, this digital store can be accessed on personal computers or smart devices. The shop serves as an additional purchase option to Nintendo eShop on Wii U and Nintendo 3DS, with all purchases being sent directly to users’ Nintendo 3DS or Wii U systems for download. Users can now easily find and purchase games that are new, popular and on sale, as well as use filters to search by genre. Purchases of games from this site, as well as Nintendo eShop, will earn My Nintendo Gold Points.

Leading up to the international rollout at the end of the month, users can pre-register for Miitomo here.

See also: initial details of Miitomo and the My Nintendo service, and Miitomo first impressions.

One of Tomodachi Life’s most appealing features made it into Miitomo, too: Outfit collection. Like its inspiration, Miitomo has tons of outfits and accessories for sale, and stock changes daily. You can also play a Pachinko-style game to win super-exclusive outfits. Which, by the way, is how I wound up blowing all my coins. I was trying to score a black cat ensemble. If Nintendo ever does get around to releasing Nintendo-themed costumes for the app’s Miis, I’m definitely going to live my life in perpetual Miitomo poverty.

Speaking of coins, there’s understandably been a lot of worry about how Nintendo will monetize Miitomo. From my angle, Miitomo is fair about in-app purchases. I was happy to see there’s no secondary “hard currency,” a staple of free-to-play games. Hard currency usually needs to be bought with real-world cash (though some games occasionally throw you a bone – or a diamond or gem, as the case may be), and often needs to be on-hand in order to acquire the game’s coolest accessories.

It sounds like Nintendo has thought this through – there are push notifications to keep you engaged a few minutes every day, there’s My Nintendo integration to unlock rewards, and you can even redeem DS games on the 3DS eShop by playing Miitomo on iOS. I still don’t know if this will catch on outside of Japan, but I’m curious to check it out.

Miitomo is a pretty fresh app, it has 3D Touch shortcuts even! pic.twitter.com/6hgCM6MVjh

Following a first announcement in October last year, Nintendo has revealed its launch plans for their first iOS app, Miitomo:

Starting Feb. 17, people will be able to pre-register for Miitomo by signing up for the new Nintendo Account service using their existing email, social media accounts or current Nintendo Network IDs. People who pre-register will be among the first to be notified about the availability of Miitomo when it launches in March. Nintendo will offer a special Miitomo bonus to anyone who signs up for a Nintendo Account between Feb. 17 and launch.

Miitomo is a social experience that uses Nintendo’s Mii characters, which first debuted on the Wii console, to engage friends in a lighthearted and welcoming environment.

Miitomo will be available on both the iPhone and iPad, and it’ll be based on the new Nintendo Account service announced last year. Miitomo will first be released in Japan in mid-March and in 15 other countries by the end of March.

In addition, Miitomo users with a Nintendo Account will be able to take advantage of the new My Nintendo service, which promises to be more than the old Club Nintendo rewards program with a deeper integration with “Nintendo products and services”. As detailed in an investor call earlier this week, My Nintendo will enable users to earn platinum points by interacting with Nintendo mobile apps and opening the eShop on a Nintendo console, while gold points will be collected by purchasing downloadable software for 3DS and Wii U. Points can be exchanged for digital content (platinum) or discount codes for eShop titles (gold).

Nintendo has offered further details on how the point system will work in an English version of their investor slides:

The company notes that, after opening Nintendo Account registrations last December, they have already started providing Japanese users with access to some My Nintendo services. These include personalized game recommendations, which “are crafted for each of them based on their profile, purchase records and play records”.

Details on Miitomo are still scarce despite today’s announcements – it sounds like users will be able to chat and ask questions, but I’m curious to know if Nintendo is planning to add any gameplay/collectible elements to the app as well. According to Nintendo, more information about Nintendo Account, My Nintendo, and Miitomo will be released “in the coming weeks”.

At an investor meeting, Nintendo announced today that their first smartphone app will be called ‘Miitomo’ in the Japanese market, and it’ll be a free-to-play title with a focus on communication for the company’s Mii avatars. Miitomo will launch in March 2016; first screenshots are available at Nintendo’s Japanese website.

From a statement sent by Nintendo to Vooks:

Miitomo, Nintendo’s first smart device title, is a free-to-start communication application that helps friends share fun personal facts and interests. Consumers create and use their own Mii characters to engage friends in a welcoming social environment, answering questions and sharing information to discover more about each other and what they have in common. Miitomo is designed to appeal to a wide range of global smart device users and introduce them to uniquely Nintendo experiences beginning with Miitomo and carried through future applications.

The new smartphone game will be “Miitomo”. It will be free to play, with attractive add-ons that people can pay for, Mr. Kimishima says. Other smartphone games will be pay-to-download, he says.

Based on information shared by the company today, Miitomo appears to be a riff on Nintendo’s Tomodachi Life, a 3DS game focused on Mii communication and collectible items.

In addition to Miitomo, Nintendo has also revealed a new ‘My Nintendo’ membership service, which will allow users to register a profile and store information about their characters and game data in the cloud, transferring it across mobile devices and dedicated consoles. My Nintendo (also called ‘Nintendo Account’ by the company today) will be compatible with popular signup services such as Facebook and Google accounts, and it’ll offer the ability to view game purchases, game information, and game-related messages on the web. Friend lists will be supported by My Nintendo, and they will work on both console and mobile platforms.

At this point, it’s not clear on which mobile platforms Miitomo will be released, but it’s fair to assume Nintendo will launch the title on iOS next year. Nintendo has once again confirmed they’re aiming to release a total of five mobile titles by March 2017, created in collaboration with DeNA.

END_OF_DOCUMENT_TOKEN_TO_BE_REPLACED 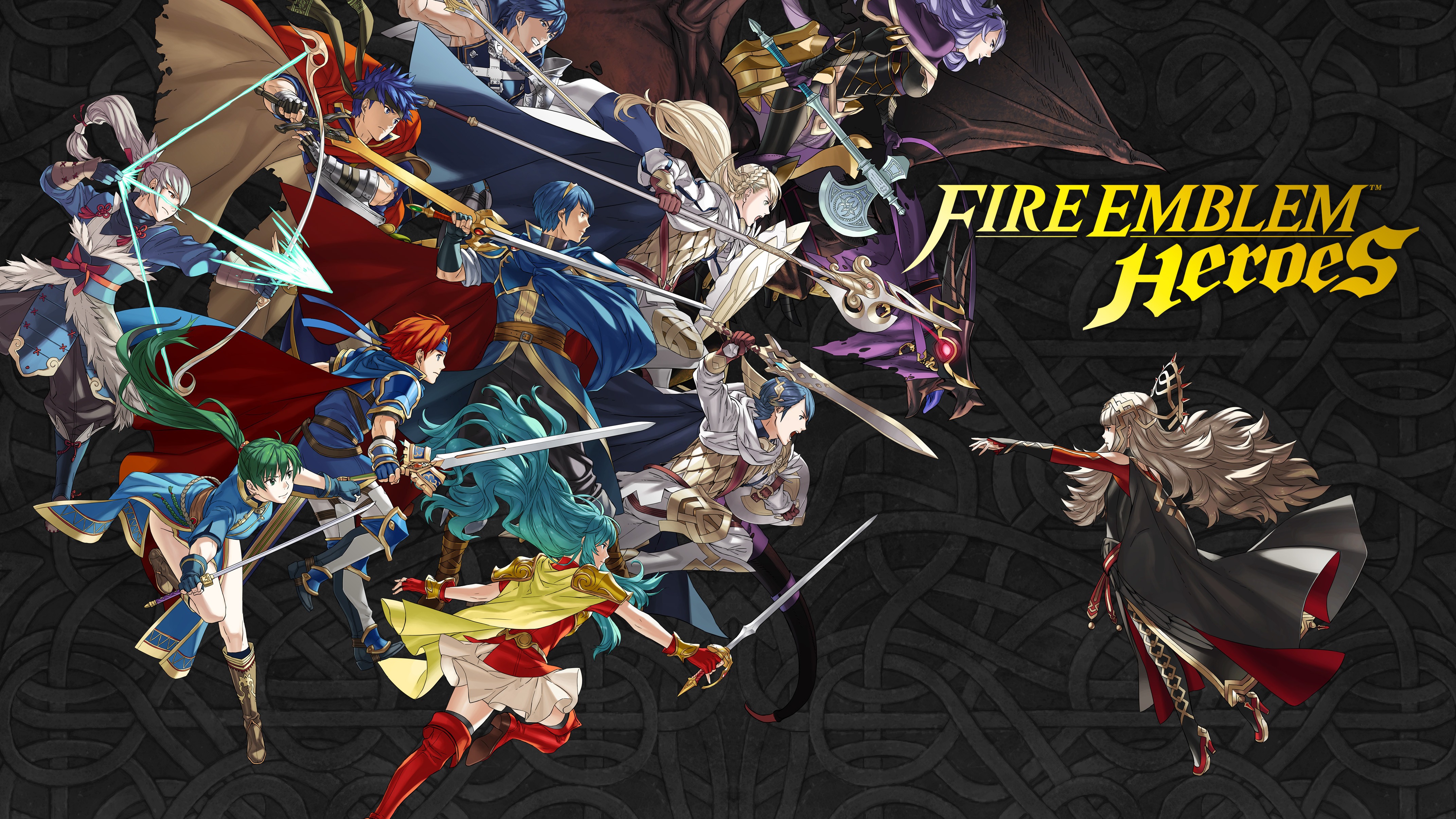 Nintendo didn’t only announce details for Miitomo and My Nintendo this week. Here’s Takashi Mochizuki, reporting for The Wall Street Journal:

Videogame giant on Tuesday posted a sharp drop in quarterly net profit, but it stoked the hopes of fans by promising that its second smartphone game would feature one of the company’s best-known characters.

“The second game won’t be another communication app, and we plan to adopt one of our characters that fans are very familiar with,” Nintendo CEO Tatsumi Kimishima said.

Mario is the obvious choice (as is Pikachu, also given this year’s 20th anniversary of the Pokémon franchise), but I’ve long argued that WarioWare mini-games would be great candidates for multitouch gameplay and, possibly, In-App Purchases. Still, Nintendo has plenty of options to choose from.

This time Federico and Myke discuss the news from Paris Games Week, and Nintendo’s investor meeting.

If you wanted to hear our initial take on Nintendo’s mobile announcements, this week’s Virtual should cover it all. You can listen here.