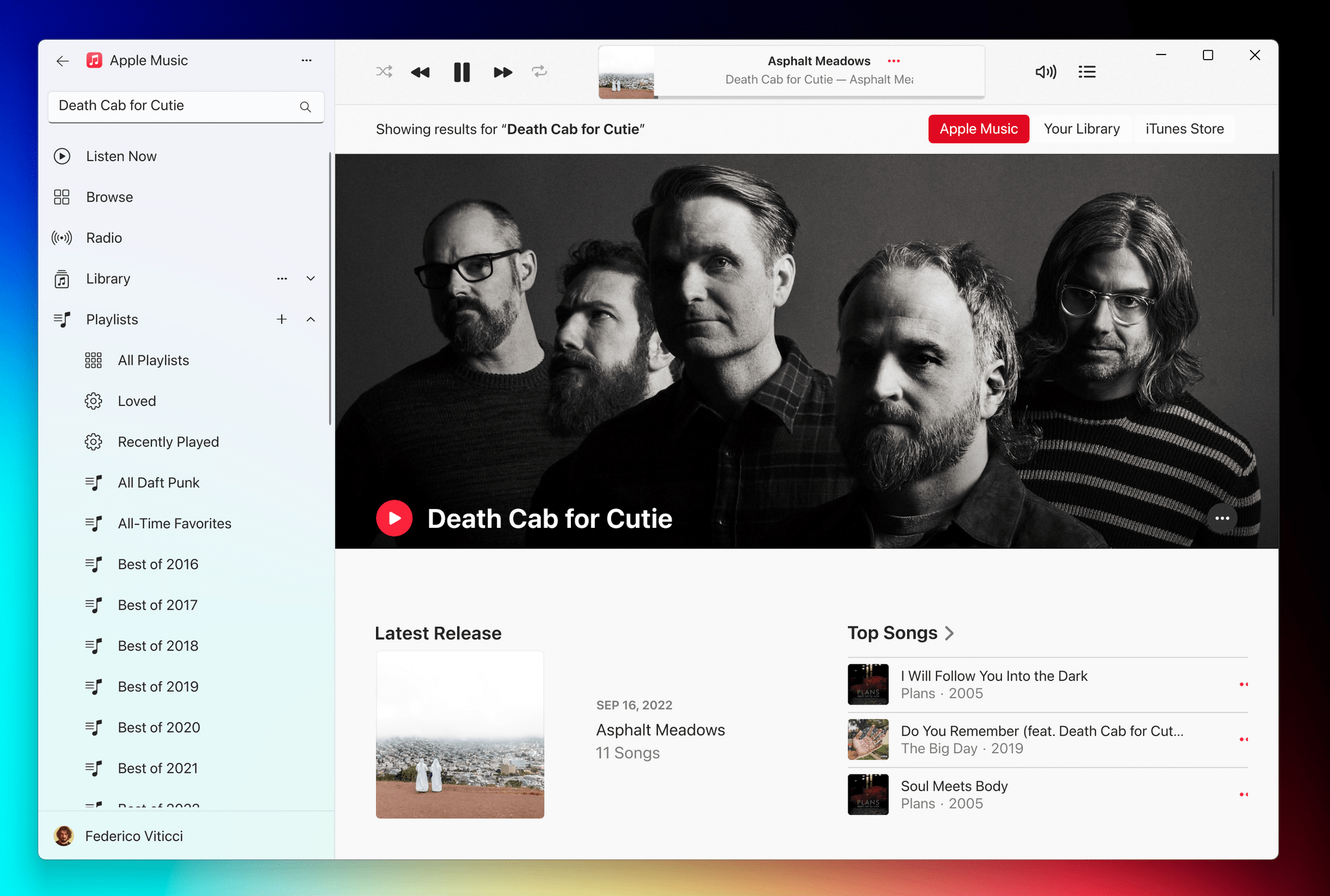 Last week, Apple released native versions of Apple Music, Apple TV, and Apple Devices for Windows. The apps, which are available on the Microsoft Store, are labeled as “previews”, and they’re meant to eventually serve as replacements for iTunes for Windows, which is the only flavor of iTunes Apple still distributes after they transitioned to standalone media apps a few years ago. I suppose the apps are also part of a broader strategy from Apple to establish a stronger presence of their services on Windows, as we saw last year with the launch of Apple Music on Xbox and iCloud Photos on Windows (which joined the existing iCloud configuration panel for Windows devices).

As an Apple Music subscriber and owner of a Windows gaming laptop, I thought it’d be fun to take Apple Music for a spin and see how it compares to Spotify on Windows as well as the existing Apple Music experience for Apple’s platforms, which I know very well and enjoy on a daily basis.