Today, Shazam surpassed 1 billion songs recognized using its Music Recognition control available in iOS and iPadOS’s Control Center. That’s a huge number, especially considering that the feature was first added in iOS and iPadOS 14.2 less than a year ago.

The Music Recognition control can be added to Control Center from the Settings app. When tapped, the feature creates a digital fingerprint of the audio and sends it over the Internet for matching against Shazam’s database of songs, securely and privately making a match without sending the actual audio. In addition to recognizing songs playing around you, the feature can recognize songs played in any app and even while you’re wearing AirPods.

According to Apple, the ten most Shazamed songs from Control Center are:

Earlier this summer, the Shazam app crossed 1 billion daily songs recognized and a lifetime total of over 50 billion. With the release of iOS and iPadOS 15, developers will be able to incorporate song recognition into their own apps using ShazamKit, which will undoubtedly accelerate the number of songs recognized even further. 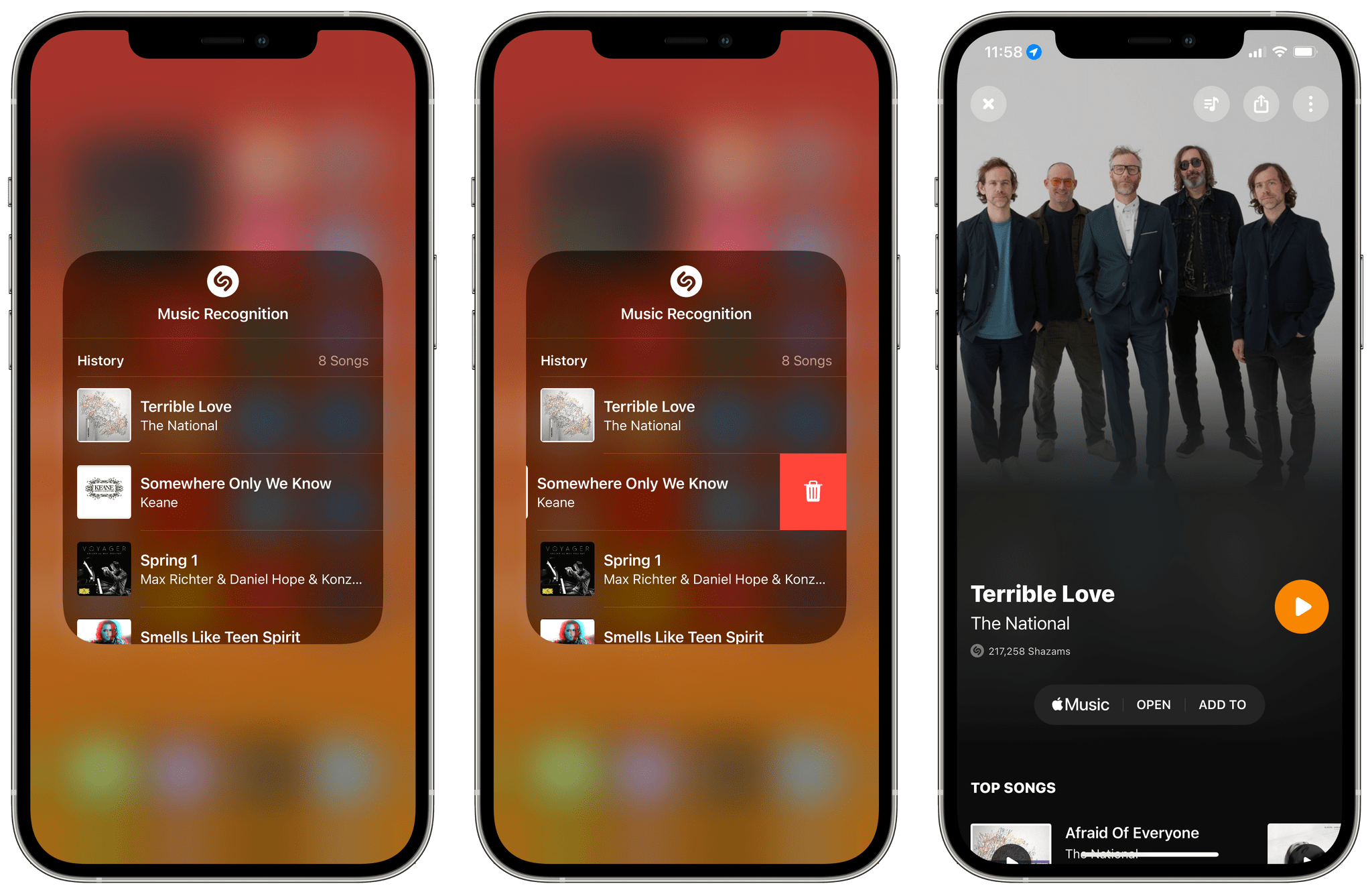 The Music Recognition control doesn’t save songs it recognizes to the Shazam app, which I wish it did, but when iOS and iPadOS 15 are released, users will be able to touch and hold the control to reveal a list of recently-recognized songs. Selecting a song from the list opens it in the Shazam app. Alternately, you can swipe left on an entry to delete it.

I’ve used Shazam since long before it was acquired by Apple, and the Music Recognition control has become one of my most-used Control Center features since it launched. Whether I’m out somewhere and hear a song I like or watching a TV show with an interesting soundtrack, quickly swiping down to access Control Center has become an ingrained habit at this point. 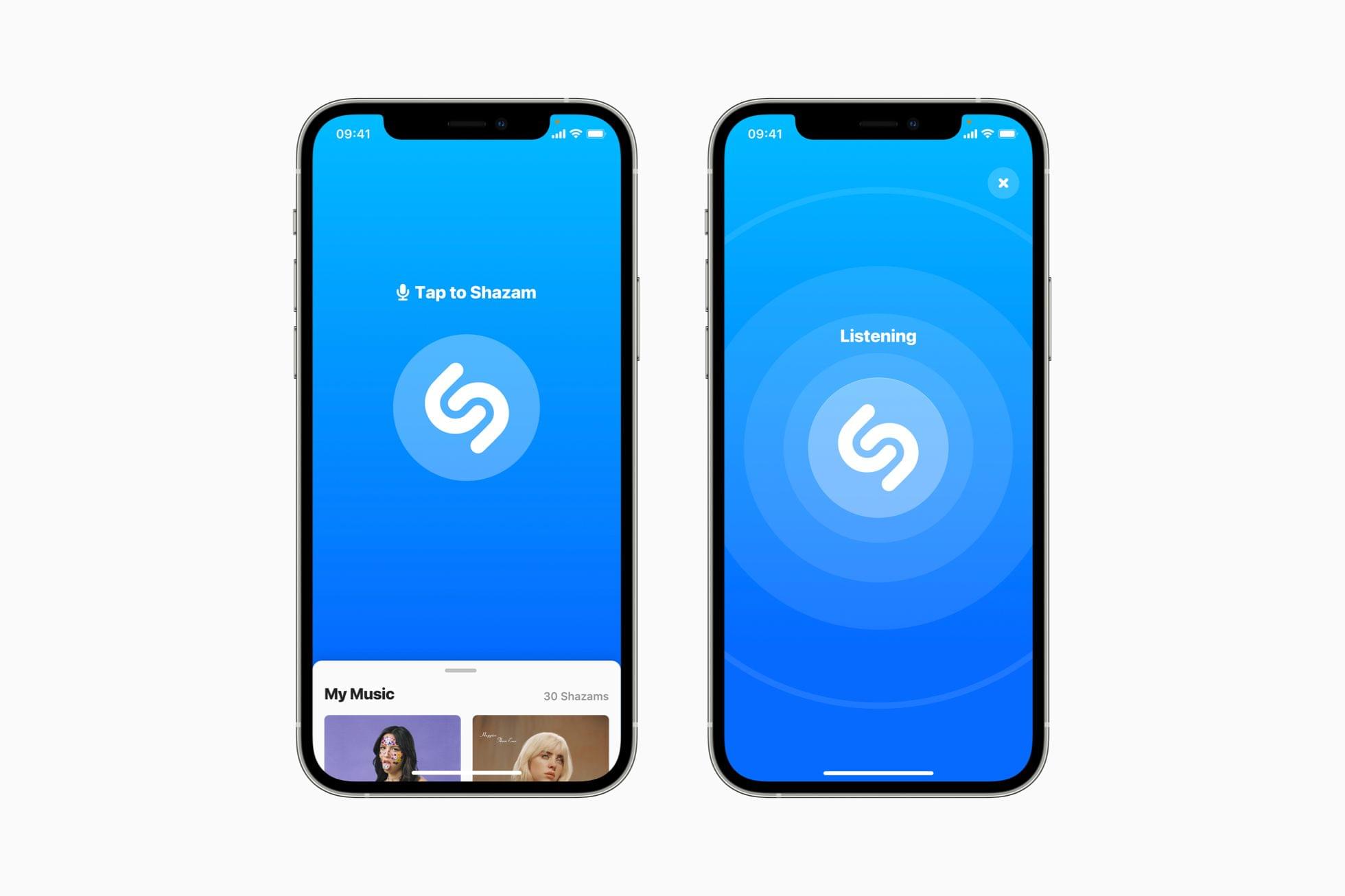 WWDC saw the introduction of ShazamKit, a new framework that will allow third-party developers to incorporate the song recognition service into their own apps. Less than a week later, Apple has said that the service has surpassed 1 billion songs recognized per month for a total of over 50 billion Shazams since the service launched.

“Shazam is synonymous with magic,” said Oliver Schusser, Apple’s vice president of Apple Music and Beats, “both for the fans getting a song recognition almost instantly, and for the artists being discovered. With 1 billion recognitions a month, Shazam is one of the most popular music apps in the world. Today’s milestones show not only people’s love for Shazam, but also the ever-growing appetite for music discovery around the world.”

To put the 1 billion per month figure into context, Shazam, which was founded as a text messaging service in 2002, took 10 years to reach its first billion songs recognized. The recognition rate has been steadily increasing since then for a lifetime total of over 50 billion songs matched.

This fall, when Apple’s updated OSes are released, the monthly rate of Shazam matches is poised to accelerate further as developers begin adding ShazamKit to their apps. The new song matching framework was announced last week at WWDC and will allow developers to add functionality to their apps to recognize songs and report information to users like the song’s name, the artist, genre, and other details.

I’ve used Shazam since it debuted when the App Store launched, and I’m intrigued to see what developers will do with it. For example, I could see it becoming a convenient way to add artists I’m following in Marcos Tanaka’s app MusicHarbor. With a wealth of third-party music apps already available on the App Store, I expect we’ll see many innovative uses of the new framework soon.