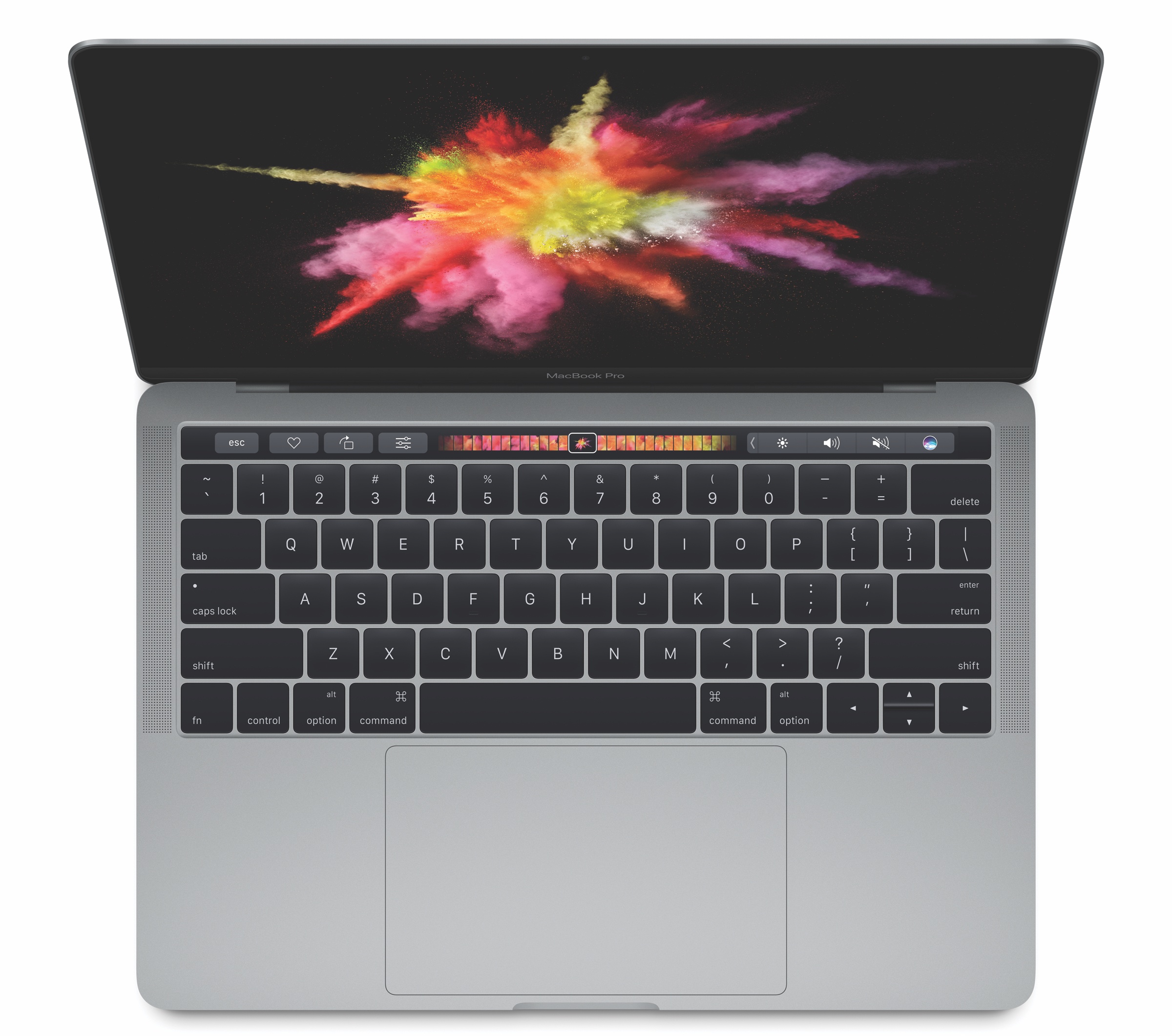 Apple announced a new line of MacBook Pros today that replace the function keys with a Touch Bar, a touch sensitive strip that includes customizable software buttons and Touch ID functionality. CNET, in an exclusive 90-minute briefing with Phil Schiller, Craig Federighi, and Jony Ive, discussed the new MacBook Pros and explored the relevancy of the Mac in a mobile era.

’the beginning of a very interesting direction’ that combines ‘touch and display-based inputs with a mechanical keyboard.’

Phil Schiller was a little more forthcoming about what Apple hopes its new laptops will mean to users:

’We didn’t want to just create a speed bump on the MacBook Pro,’ he says. ‘In our view this is a big, big step forward. It is a new system architecture, and it allows us to then create many things to come, things that we can’t envision yet.’

The Touch Bar is a fascinating blend of ideas from iOS, such as touch tools for straightening photos, and existing macOS toolbars moved to the keyboard. Regardless of how you feel about how long it’s taken Apple to refresh the MacBook Pro, I’m optimistic about this new approach to the MacBook Pro and the possibilities it opens up to third-party developers.

Apple opened what will in all likelihood be its last event in Town Hall at One Infinite Loop in Cupertino with a video highlighting the importance of accessibility features built into its products. In addition to a video, Apple has created a separate webpage highlighting the accessibility. The page includes videos highlighting wheelchair workouts on the Apple Watch, switch controls on the Mac, Live Listen designed for the hearing impaired, VoiceOver, and Speak Screen.

If you didn’t follow the live stream or announcements as they unfolded today, Apple posted the video of its October 27th keynote held earlier today at Apple’s Town Hall at One Infinite Loop in Cupertino along with videos for the new MacBook Pros announced on stage.

The keynote video can be streamed here and on the Apple TV. A higher quality version should be made available in a few hours through iTunes (on the Apple Keynotes podcast). To avoid streaming errors, Safari is recommended for the best viewing experience.

In addition, Apple also posted new product reveal videos for the MacBook Pro on its YouTube channel. You can find all the videos below. 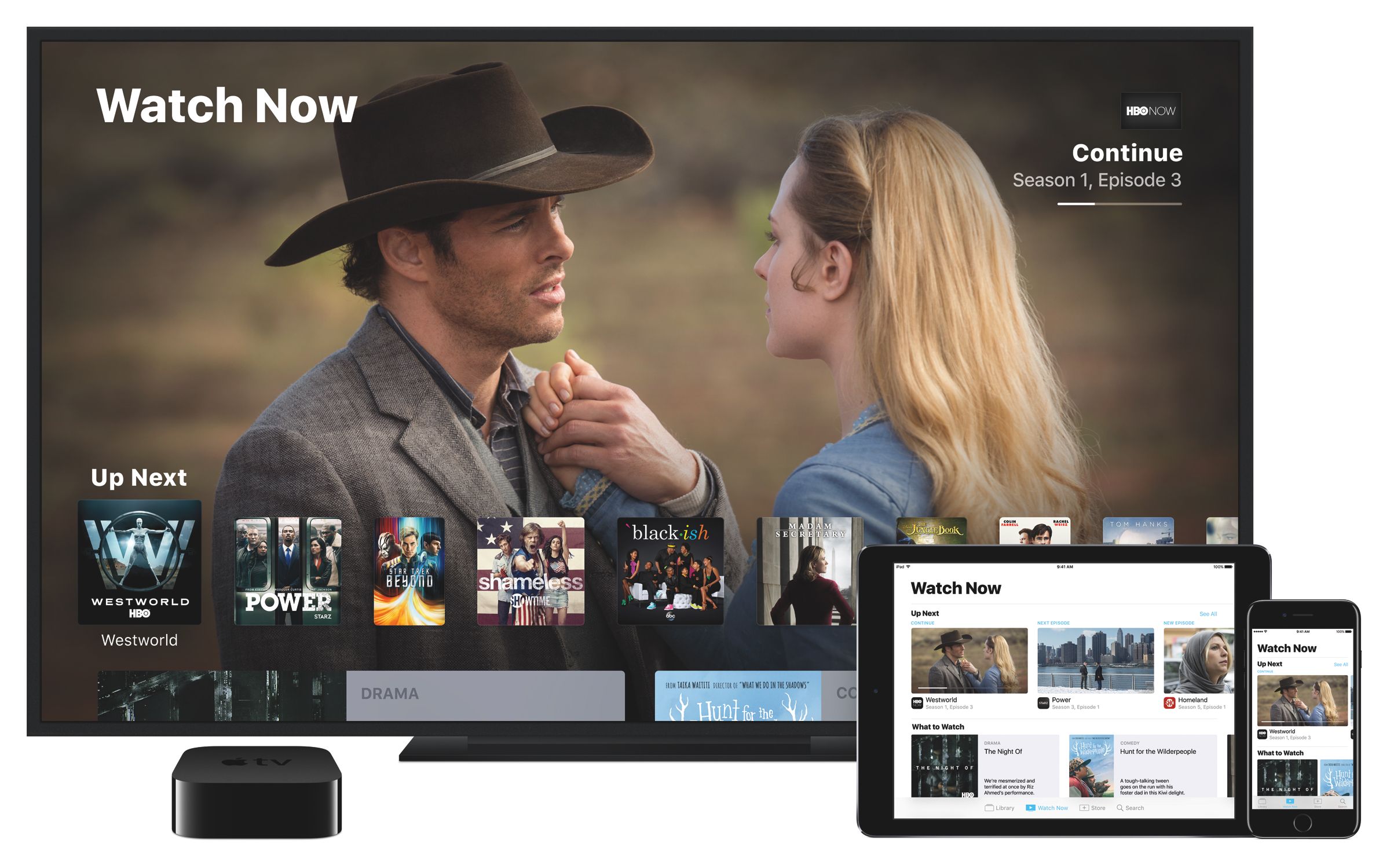 Apps as the future of TV creates a problem. Apps are isolated silos of content not unlike channels on cable TV, but harder to switch between. Today, Apple announced its solution. Jen Folse, a design lead at Apple, explained that the solution is, not surprisingly, an app.

Apple took a stab at the discovery shortcomings of tvOS with the Siri Remote. Introduced with the fourth generation Apple TV, the remote allows you to execute voice searches across many, but not all, content providers simultaneously. Today, Apple announced at an event in Cupertino that it will also tackle content discovery with a new app.

The app announced today is called TV and will be integrated with the upcoming Single Sign-on feature that was announced at WWDC in June. Single Sign-on allows users to enter their cable TV credentials into the Apple TV’s settings once to get access to content in any participating app that requires a cable TV subscription. Originally anticipated to launch with tvOS 10, which debuted alongside iOS 10 in September, Single Sign-on has not yet launched.

During the event in Cupertino, Apple said that the TV app will recommend content across apps installed on customers’ Apple TVs based on the apps a customer has downloaded as well as media watched, purchased, and rented. TV will also be available on iOS devices, unifying TV and movie watching across iOS and tvOS. In addition, TV will include curated suggestions based on user’s watching habits.

Unfortunately, not all content providers will participate in TV. According to Recode, Netflix, which was an early third-party supporter of search on the Siri Remote, will not be part of the guide, which leaves a rather large hole in the app at launch.

The TV app will be available as a free download on the US App Store in December.

At Apple’s “Hello Again” keynote Thursday, the company continued its tradition of letting the public in on its most important figures. Whether it was a recap of user and sales numbers or figures regarding the new products, Apple gave us plenty of numbers to digest.

Here’s a list of significant facts and figures from Apple.

Misc.
- 400 million have “viewed and enjoyed” Memories on iPhone
- 60% of iOS users are on iOS 10, with 32% on iOS 9
- Currently, there are over 1600 apps from video content providers on Apple TV
- There are over 8000 Apple TV apps in the App Store
- This is the 25th anniversary of Apple’s first notebook, the PowerBook

Apple Mac invites are out! Next Thursday will be my MacBook Air’s last day trip to Cupertino FOREVER! pic.twitter.com/w0T5YxswMC

As first reported yesterday by Ina Fried at Recode, Apple announced a media event for October 27 at 10 AM San Francisco time. The event will be held at Apple’s campus in Cupertino. As shared by Jason Snell at Six Colors, the invitation simply reads “hello again”.

Recode’s article and other recent speculation suggests that this media event will be primarily dedicated to unveiling new Mac products, many of which are well overdue for an update. In particular it is expected that the MacBook Pro laptop line will receive a significant update with a new touch screen strip that replaces the function keys, a thinner design, improved performance, and potentially Touch ID.

It is also expected that the iMac line will be refreshed. Less likely, but still plausible, are updates to the Mac Pro (last updated in December 2013), MacBook Air (last updated March 2015), and Mac Mini (last updated October 2014).

It is also possible that Apple may announce a ship date for the new wireless AirPods that were announced last month at Apple’s iPhone 7 keynote. At the time, Apple said that the AirPods would be available in “late October”. The iPhone 7 Plus’ new Portrait mode, which creates a depth-of-field effect, has been in a public beta of iOS 10.1 since late September and its official release date could also be announced at this event.