Logitech has announced that later this month, it will debut a wireless Qi charger called the Logitech Powered that the company designed in collaboration with Apple.

The charger delivers 7.5W of power, is vertically-oriented, and will work with the iPhone 8, 8 Plus, and X, which sit in the charger’s U-shaped cradle. Logitech says that the iPhone doesn’t need to be precisely placed in the dock to charge. An iPhone will also charge even if set in landscape mode across the top of the cradle. Although Logitech’s press release says the Powered will be sold for $69.99, its website currently offers the charger for pre-order for $79.99. 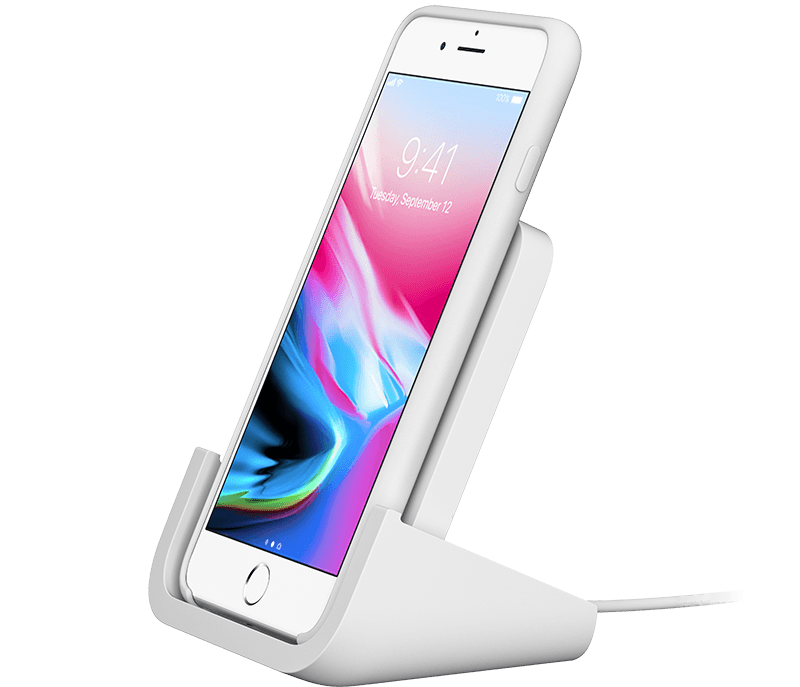 I’ve been using a vertical Qi charger for about a month and love how well it works with Face ID, which makes it easy to check something quickly on my iPhone when I’m at my desk. Although it’s on the pricey end of the spectrum, the ability of the Powered to charge in portrait or landscape and its vertical orientation makes it a tempting addition to a desk, countertop, or nightstand.

The Logitech Powered will be available at Apple Stores and directly from Logitech, where it can be pre-ordered now.

Matt Birchler ran some tests with faster wireless charging on iOS 11.2 (currently in beta) and, unfortunately, the results aren’t impressive:

Over the 2 hour test, the iPhone 8 Plus went from zero to 47%. It charged at an incredibly consistent 4% per 10 minutes. Previously I got up to 40% with this same charger after 2 hours, which is a 17% improvement in wireless charging speed. While this is indeed an increase, it’s not the sort of increase that’s going to get you from “wireless charging is too slow” to “I love wireless charging!”. If you have 2 hours to change your phone and there is a 7% difference in the change level, I don’t think that’s a huge deal. Especially when you compare 30 minutes on the charger, I saw literally no change in performance, as it took 30 minutes for the phone to reach 11% charge.

As I noted yesterday, the Qi spec supports up to 15W, but it’s unclear if Apple will go beyond 7.5W for wireless charging on the iPhone 8 and X lines. “Faster” wireless charging doesn’t compare to actual USB-C fast charging at all – earlier today, I tested a 30W USB-C battery pack for an iPhone X story I’m working on, and the device charged by 83% in just 60 minutes. Now that is remarkable.

Starting with iOS 11.2, the iPhone 8, iPhone 8 Plus, and iPhone X are able to charge at 7.5 watts using compatible Qi-based wireless charging accessories.

Currently, on iOS 11.1.1, the three devices charge at 5 watts using Qi wireless chargers, but Apple promised that faster speeds would become available in a future update. It appears that update is iOS 11.2.

MacRumors received a tip about the new feature from accessory maker RAVpower this evening, and tested the new charging speeds to confirm. Using the Belkin charger that Apple sells, which does support 7.5W charging speeds, the iPhone X was charged from 46 to 66 percent over the course of thirty minutes.

At 7.5W, it’s still not as fast as the 15W supported by the Qi 1.2 spec on compatible Android devices, but it’s good progress nonetheless. I wonder if Apple’s upcoming AirPower mat will also max out at 7.5W, or support up to 15W wireless charging for multiple devices. 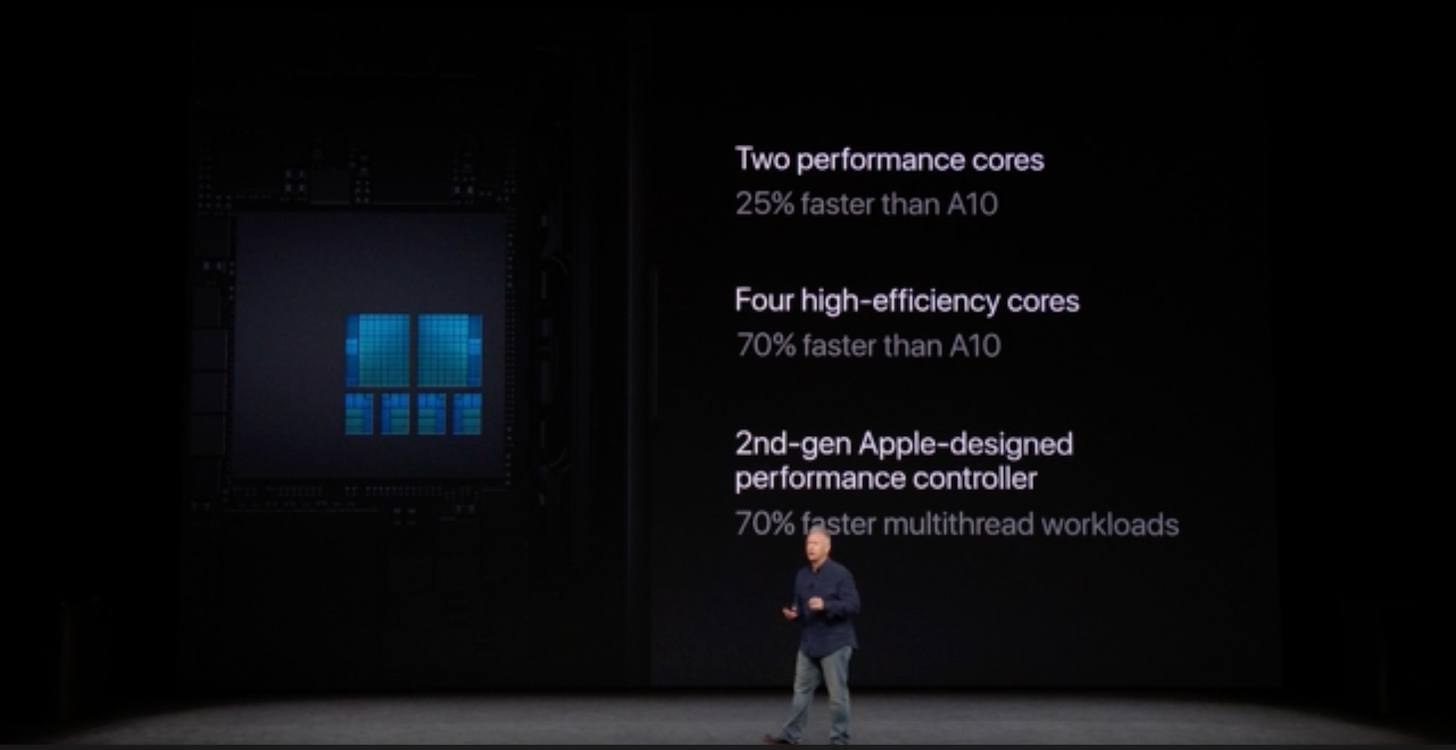 “This is something we started 10 years ago, designing our own silicon because that’s the best way to truly customize something that’s uniquely optimized for Apple hardware and software,” said Srouji.

For Apple, silicon development is an intrinsic part of the iPhone creation process. “It’s not just something you drop in or build around,” said Schiller.

It’s a strategy that has paid off for Apple by giving it more control over the full hardware/software stack and enabling the company to squeeze more performance and energy efficiency out of the tiny chips that power iOS devices. At the same time though, it’s an approach that requires Apple to make big bets far in the future:

Srouji told me that when Apple architects silicon, they start by looking three years out, which means the A11 Bionic was under development when Apple was shipping the iPhone 6 and its A8 chip. Back then we weren’t even talking about AI and machine learning at a mobile level and, yet, Srouji said, “The neural engine embed, it’s a bet we made three years ahead.”

Apple’s tight control over hardware and the software that runs on it isn’t new. It’s one of the cornerstones of the company’s success. What’s remarkable though, is the microscopic level to which Apple has taken the approach. As author Lance Ulanoff points out, the images of chips that Phil Schiller displayed onscreen during the September 12th keynote to illustrate new and improved iPhone technologies weren’t different chips. They were different areas on the same chip – one with leaked Geekbench scores that put it on par with the silicon inside the 2017 13-inch MacBook Pro. That’s extraordinary and likely to be a key advantage that Apple will have over competitors for years to come.