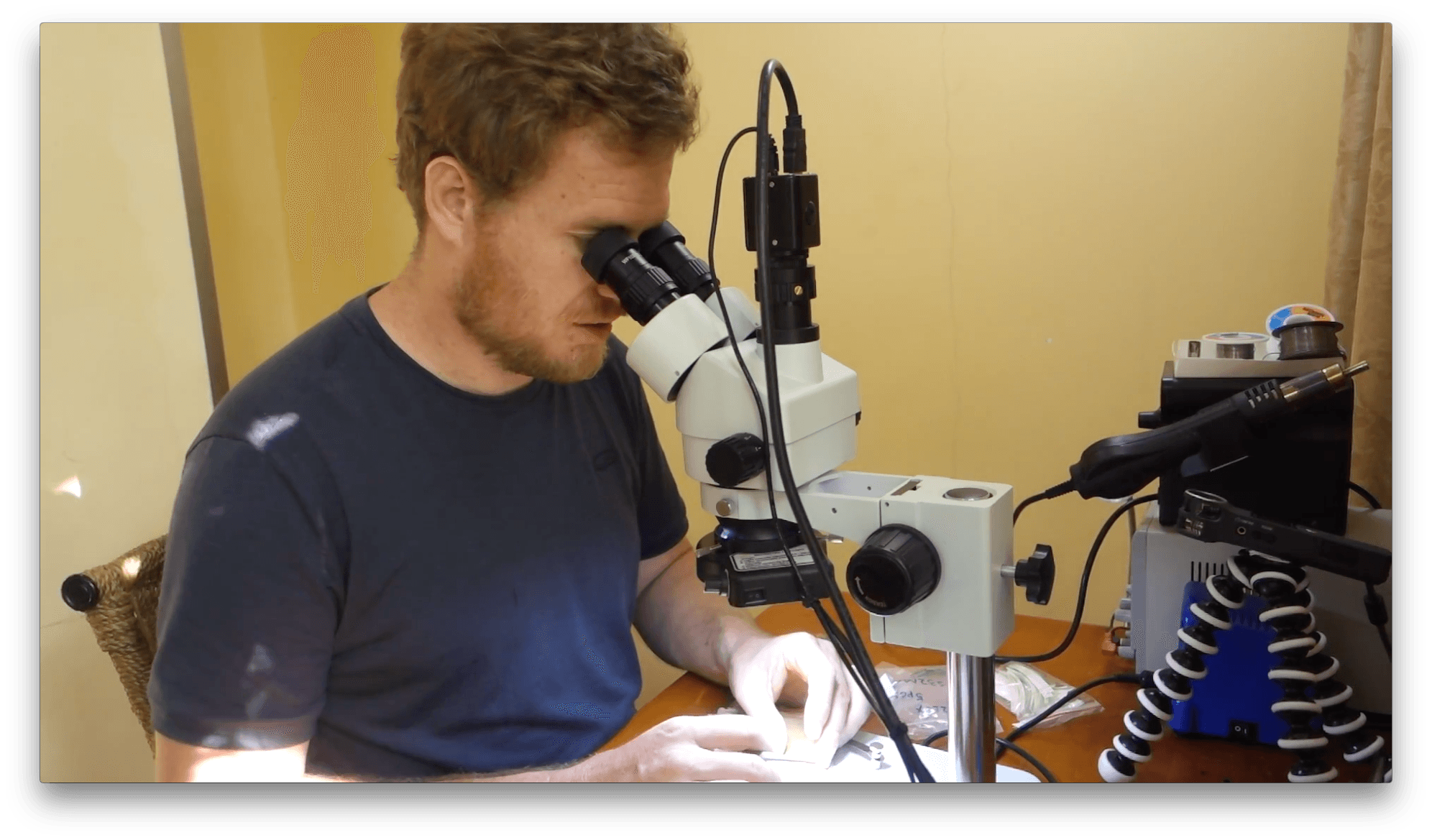 Scotty Allen wanted an iPhone 7 with a headphone jack, so he set out to build his own. Jason Koebler at Motherboard chronicles Allen’s epic quest:

This sorcery took four months of engineering, Allen told me. Many iPhones were sacrificed, and lots of grey-market parts purveyors were enlisted in the quest.

The process wasn’t cheap either:

“I shifted everything up a little bit and took out protective brackets and shields and shaved things down,” Allen said. “I lost three full phones trying this, a good handful of screens, a stack of components. I broke easily close to $1,000 worth of parts in the last week, which just about broke my will. But it got to a point where I told myself—I am going to keep doing this until I prove to myself it can’t be done.”

Allen also had to design and connect a custom flexible circuit board that allowed switching between the lightning connector and his custom 3.5 mm headphone jack.

Allen’s elaborate iPhone hack isn’t something most people could accomplish and even if they could, it isn’t economical at this scale. Still, the story is an incredible tale of ingenious DIY engineering and a fascinating window into the electronics marketplaces in Shenzhen, China. I highly recommend watching Allen’s detailed account of his efforts on YouTube. 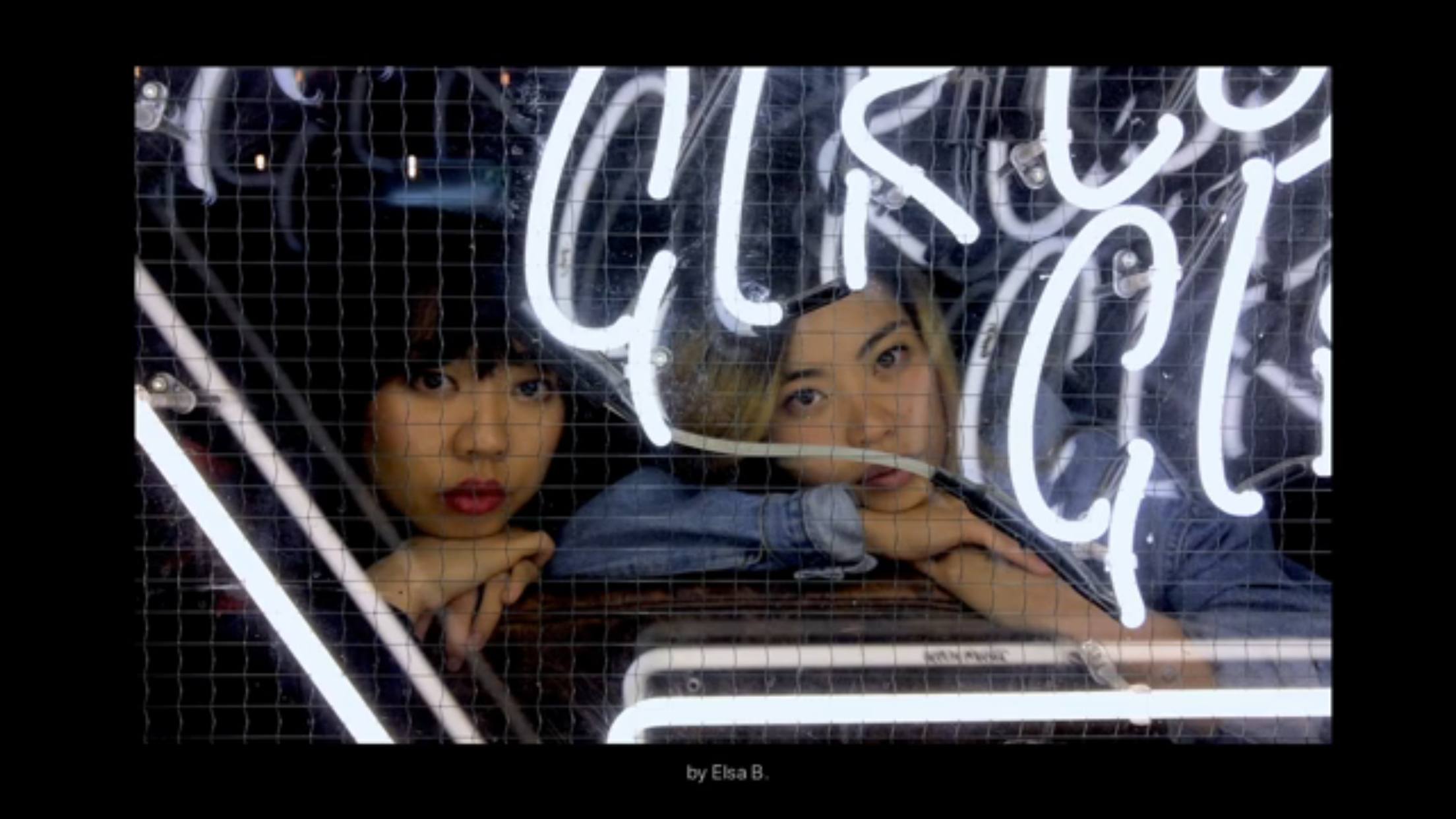 Apple posted a new video to YouTube called One Night on Earth. The video, which is part of Apple’s ‘Shot on iPhone 7’ series, features photographs taken all over the globe on one particular night, highlighting the iPhone 7’s low-light capabilities. The mashup of user-created shots is set to Snowfall, a beautiful jazz piece by the Ahmad Jamal Trio.

While a lot is super good, there are a couple areas where the Portrait Mode just ain’t gonna cut it. Complicated foreground and background combinations seemingly overwhelm it and the blur edges get confused throughout the photo.

Portrait Mode doesn’t even begin to successfully work with translucent or shiny objects. Though this is pretty understandable considering the hardware — attempting to detect depth on objects like these is probably difficult. Not sure if Apple will ever be able to get over this one unless their machine learning becomes near-perfect.

People have asked me what camera I used to take these photos, which is I’d call a good sign. I like how they look, and this is a camera I can keep in my pocket all day as I walk all over a beautiful country. That’s a win for me.

Check out his examples here and here. They’re not technically perfect, but I think they’re beautiful, and they were made on a portable computer. Impressive. 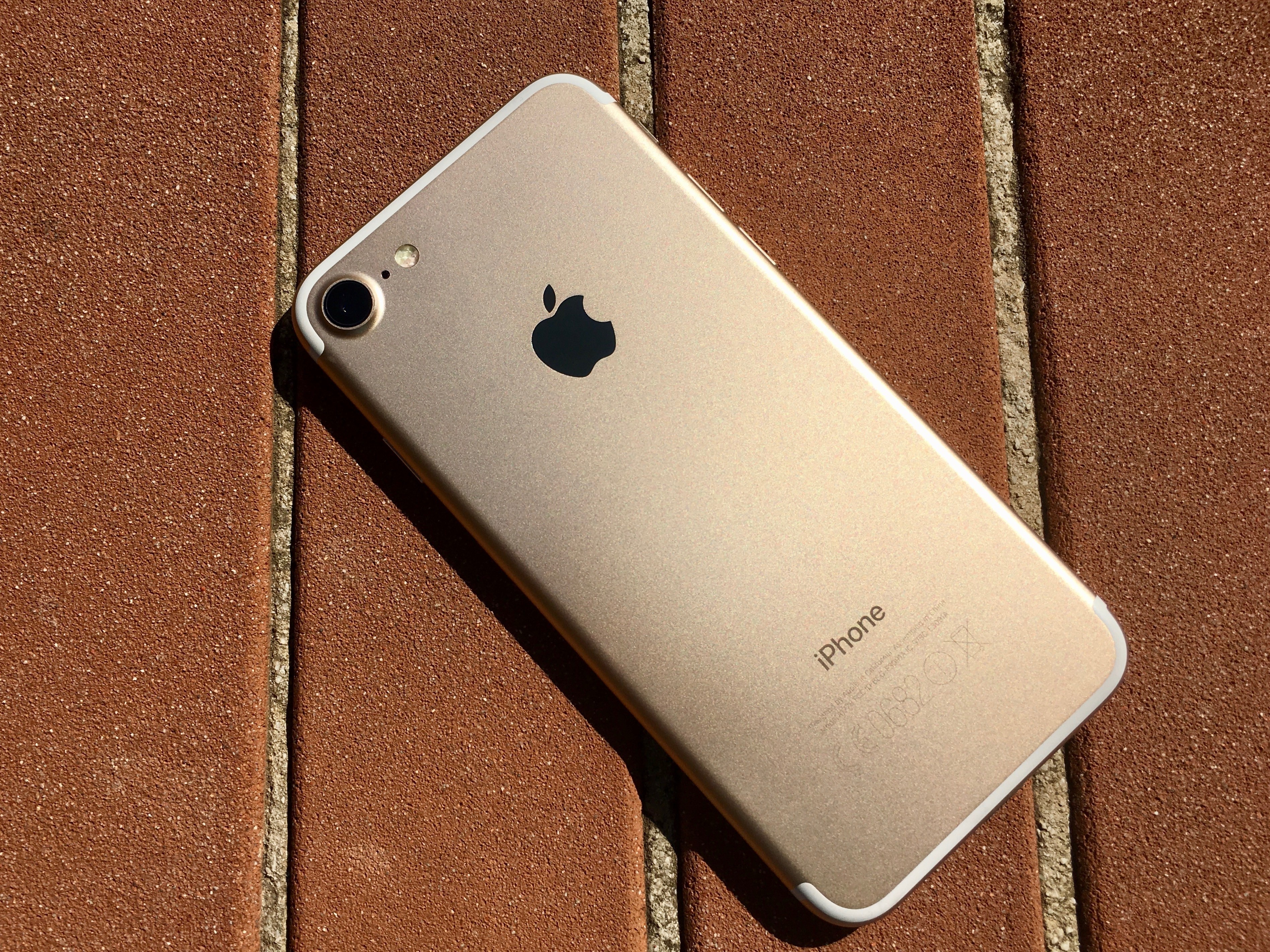 After nearly two years spent using a 5.5-inch iPhone, I’m accustomed to not having a compact phone anymore. The iPhone 6 Plus and 6s Plus have reshaped my iPhone experience for a simple reason: they give me more of the most important device in my life.

Thus, I was a little skeptical – even surprised – when Apple gave me a gold 256 GB iPhone 7 review unit (with a leather case) two weeks ago. I didn’t think I would be able to enjoy a smaller iPhone, but, despite my initial resistance, I set up a fresh install of iOS 10 and used the iPhone 7 exclusively for two weeks.

I’m glad I did. While I’m still pining for a 7 Plus1, using the iPhone 7 showed me that there’s more to this year’s iPhones than the lack of a headphone jack.

In many ways, the iPhone 7 feels like a portable computer from the future – only in a tangible, practical way that is here with us today.

END_OF_DOCUMENT_TOKEN_TO_BE_REPLACED

Fascinating take by Stu Maschwitz on the iPhone 7 Plus’ Portrait mode, coming with iOS 10.1:

So don’t ask if Depth Effect is perfect. A better question is if its failures are distracting. And I have certainly taken some test photos where they are. But the funny thing about test photos is that there’s often nothing worth photographing in them, so you just stare at the problems. In my own testing, whenever I’ve pointed Portrait Mode at something I actually care about, the results have been solid.

So back to the question of whether we should care about a fake blur applied in post to a telephone photo. When I tweeted the above shot, someone replied with a reasonable question: wouldn’t I love the photo just as much without the effect? I replied no, and added:

Composition matters, and focus is composition in depth. 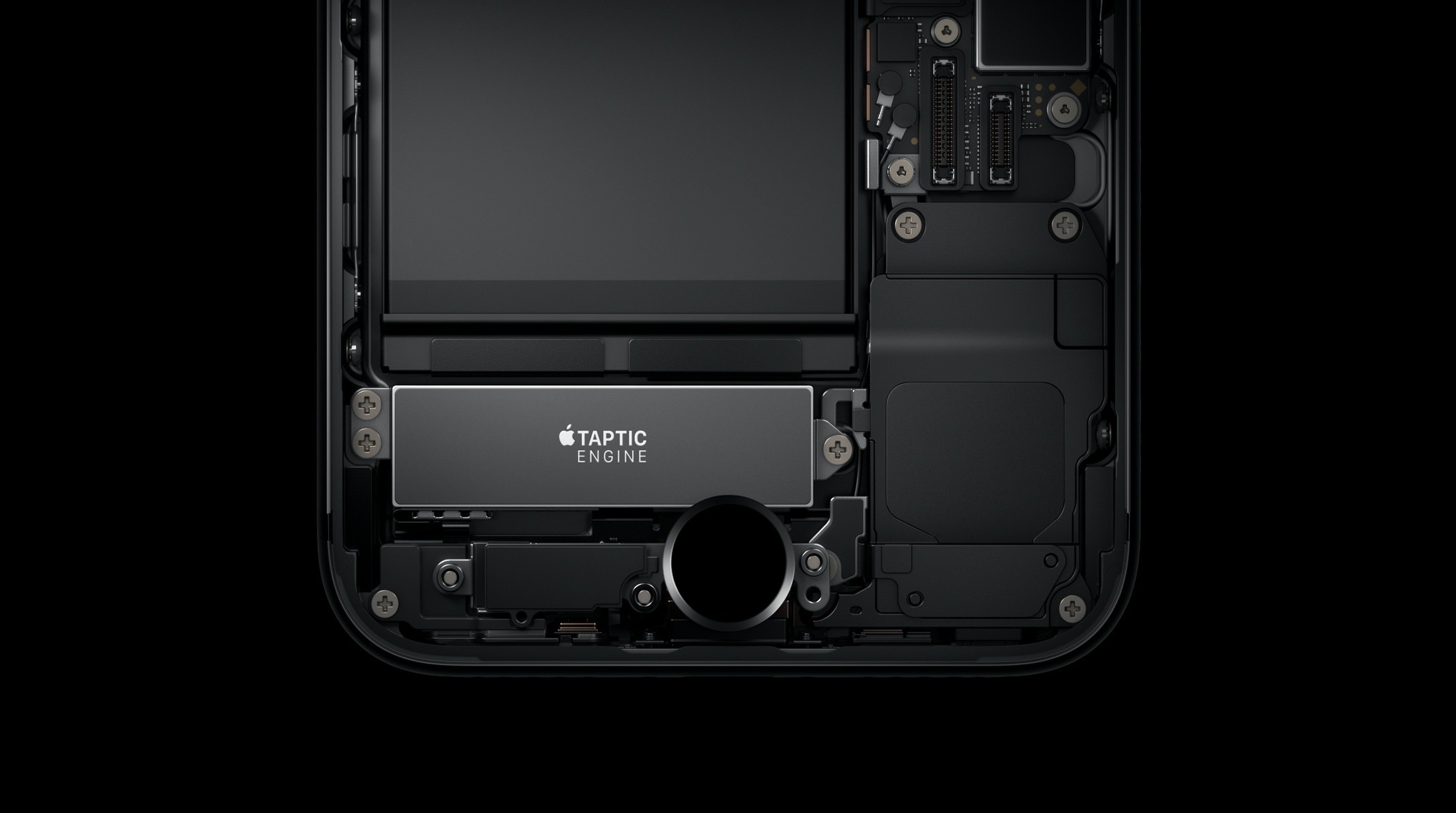 I have had my iPhone 7 for nearly a week now, and these new System Haptics have been a great delight to discover, and use. These System Haptics are mostly subtle and feel very natural, so you may not have even noticed them. Below I’ve compiled a list of all the places in iOS that I’ve noticed them appear.

END_OF_DOCUMENT_TOKEN_TO_BE_REPLACED 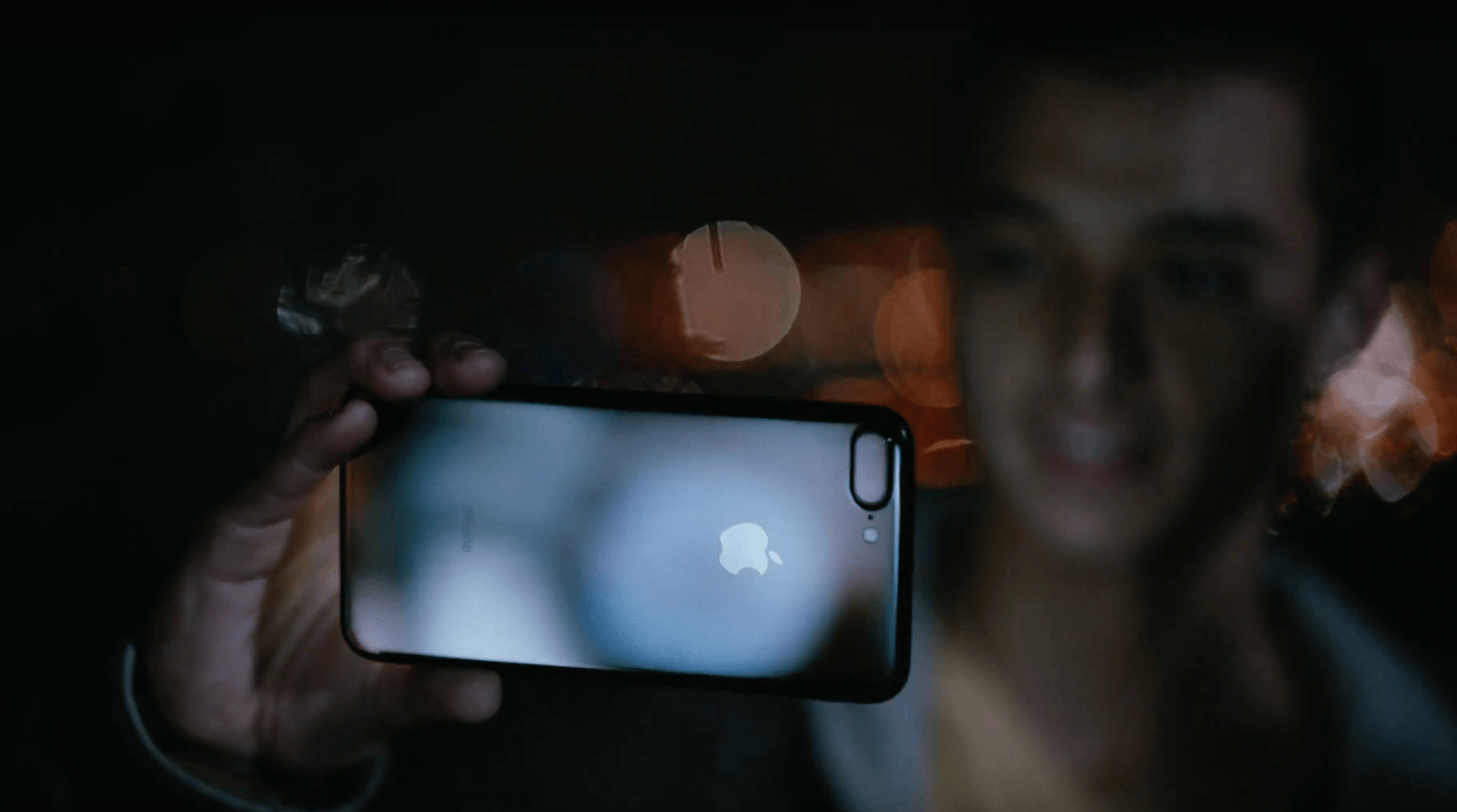 The Apple Watch Series 2 ad, titled Go Time, highlights the Watch’s fitness features and water resistance. Backed by Sinnerman, a classic song by Nina Simone, the ad begins at dawn showing a swimmer getting ready for an early morning workout. The swimmer adjusts his goggles and pulls his hand out of the water to start a workout on the Apple Watch. Through a series of quick cuts, the ad shows other people involved in all sorts of activities, including yoga, running, jumping into a pool, biking through a rainstorm, dancing, and sprinting out of the subway. In between each activity are clips showing off features of the Watch like the Activity app, Messages, notifications, the Workouts app, and the Breathe app, which is new to watchOS 3.

Morning Ride starts with a man looking out into a thunderstorm while checking Apple’s Weather app on an iPhone 7. AC/DC’s Thunderstruck starts playing in the background as he gets ready for his morning bicycle ride despite the rain. He mounts his iPhone to the handlebars of his bike, starts a tracking app, and prepares to take off into the rain. The thirty-second spot ends with the lines ‘the water-resistant iPhone 7’ followed by ‘practically magic.’

Midnight highlights the iPhone 7 Plus in Jet Black. The ad follows a young man as he skateboards around a city in the middle of the night taking photos with his iPhone. Backed by In A Black Out by Hamilton Leithauser, he takes videos as he passes through sprinklers, showing off the water resistance of the phone, captures moths flying around a single light bulb, and photographs a deer that wanders into a gas station. The ad concludes with the young man on a hill overlooking the lights of the city and ends with the tag line ‘low-light camera on iPhone 7’ followed by ‘practically magic.’

Each of the three ads does a good job focusing on the personal side of the new features of Apple Watch Series 2 and the iPhone 7. The ads don’t focus on specs; instead they emphasize how the advancements of each device expand their utility in everyday scenarios.

You can watch each of the ads after the break.

END_OF_DOCUMENT_TOKEN_TO_BE_REPLACED

I consider the iPhone a computer with a camera more than a computer that makes phone calls. Therefore, Austin Mann’s annual iPhone camera review is my favorite of the bunch. I’ve been linking them for the past couple of years, and I find Austin’s approach always fascinating and well-presented.

This time, Austin has outdone himself. To properly test the iPhone 7 Plus’ camera with optical zoom, they’ve flown to Rwanda in collaboration with Nat Geo Travel and Nat Geo Adventure to track gorillas and take close-up pictures, timelapses, test wide-color gamut photos, and more.

As many of you know, in the past I’ve created this review in Iceland twice, Patagonia and Switzerland, but this year I wanted to really change things up. With indicators pointing toward possibilities of optical zoom I asked myself: where’s the best place in the world to test optical zoom? Africa of course.

So this year, in collaboration with Nat Geo Travel + Nat Geo Adventure we’ve set out to get you the answers. I’m writing you from deep in the Nyungwe rain forest in southwest Rwanda… we’ve been tracking gorillas in the north, boating Lake Kivu in the west and running through tea plantations in the south… all with the iPhone 7 Plus in hand.

I’ve had a blast playing with the wide spectrum of new features and tech but as always, our mission is to find out the answer to one question:

How does all this new tech make my pictures (and videos) better than before?

The result is beautiful. The video “review” is a mini-documentary/short film about tracking down mountain gorillas, and it’s 9 minutes long. Seeing how they found the gorillas brought a big smile on my face, and you can notice how the zoom interface of the iPhone 7 Plus was useful for that purpose.

Watch it below, and go check out Austin’s photos and summary of the experience here. 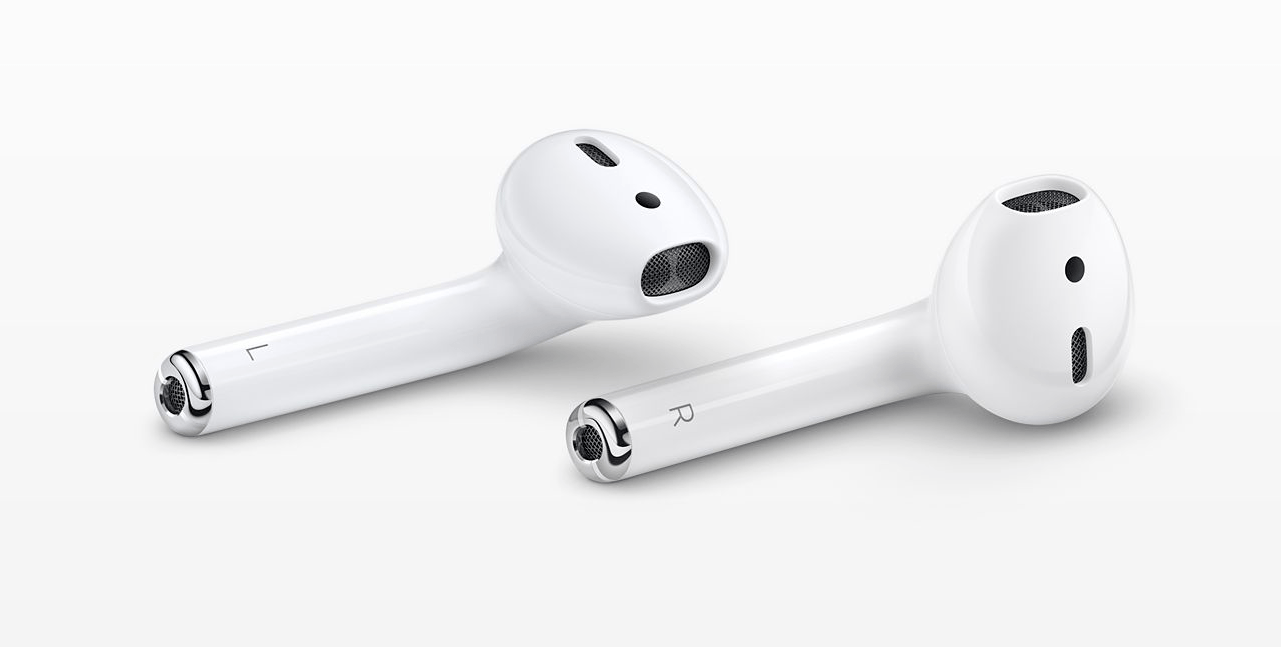 Apple seems to get that eliminating the headphone jack will be a tough sell in some quarters. In a packed keynote, Phil Schiller spent a fair amount of time laying out Apple’s case for why switching to the lightning connector for wired headphones and moving to wireless AirPods is the right thing to do. But Apple also spoke to BuzzFeed’s John Paczkowski to add context and the detail that couldn’t fit into the keynote.

”We’ve got this 50-year-old connector — just a hole filled with air — and it’s just sitting there taking up space, really valuable space,” he says.

The 3.5-millimeter audio jack has been headed to its inevitable fate for some time now. If it wasn’t the iPhone 7, it might have been the iPhone 8 (or, for that matter, the iPhone 6). In the end, it was simple math that did the audio jack in, a cost-benefit analysis that sorely disfavored a single-purpose Very Old Port against a wireless audio future, some slick new cameras, and the kind of water resistance that anyone who has ever dropped an iPhone in the toilet has long wished for.

Anyone who has used Bluetooth headphones knows that they promise freedom, but at the price of friction – charging, spotty connectivity, and poor audio quality. Apple’s answer to those headaches comes in the form of its new W1 chip that adds a layer of ‘secret sauce’ to its newly announced wireless AirPods that promises to eliminate the pain points.

According to John Ternus, vice president of Mac, iPad, ecosystem, and audio engineering at Apple:

“As you can imagine, by developing our own Bluetooth chip and controlling both ends of the pairing process there’s a lot of magic we can do,”

I was sold on wireless headphones a long time ago despite their limitations. That said, I hope Apple’s secret sauce is every bit as magical as claimed because the issues with Bluetooth are real and fixing them is a challenge that no other headphone manufacturer has fully conquered.