Posts tagged with "iphone 6 plus"

I’ve been testing iOS on old devices for six years, and I’ve never seen a release that has actually improved performance on old devices. At best, updates like iOS 6, iOS 9, and iOS 10 didn’t make things much worse; at worst, updates like iOS 7 and iOS 8 made old devices feel like old devices. Anyone using an older device can safely upgrade to iOS 12 without worrying about speed, and that’s a big deal. You’ll notice an improvement most of the time, even on newer devices (my iPad Air 2, which had started to feel its age running iOS 11, feels great with iOS 12).

As I noted in my review, I was hoping someone would run actual measurements for different system features on older devices running multiple versions of iOS. Cunningham did exactly that, going all the way back to iOS 10 on the iPhone 5S.

Jennifer Maloney, writing for The Wall Street Journal last week on the rise of phone reading has some interesting stats regarding the iPhone 6:

Since the release of the bigger, sharper iPhone 6 and 6 Plus last September, Apple has seen an increase in the number of people downloading books onto iPhones through its iBooks app. Some 45% of iBooks purchases are now downloaded onto iPhones, an Apple spokeswoman said. Before that, only 28% were downloaded onto phones, with most of the remainder downloaded onto iPads and a small percentage onto computers.

Amazon has also noted the development. Among all new customers using Kindles or the Kindle app, phone readers are by far the fastest-growing segment, an Amazon spokeswoman said, declining to disclose figures. Among those who use the Kindle app, more people now read books on the iPhone 6 or 6 Plus than on any other Apple device, even the popular iPad Mini, she said.

Note how Apple said “downloaded onto iPhones” and not “entirely read on iPhones” – but still, it makes sense for people to read books (and I would assume, web articles) more continuously and ubiquitously on an iPhone than an iPad, especially thanks to the iPhone 6 and 6 Plus. 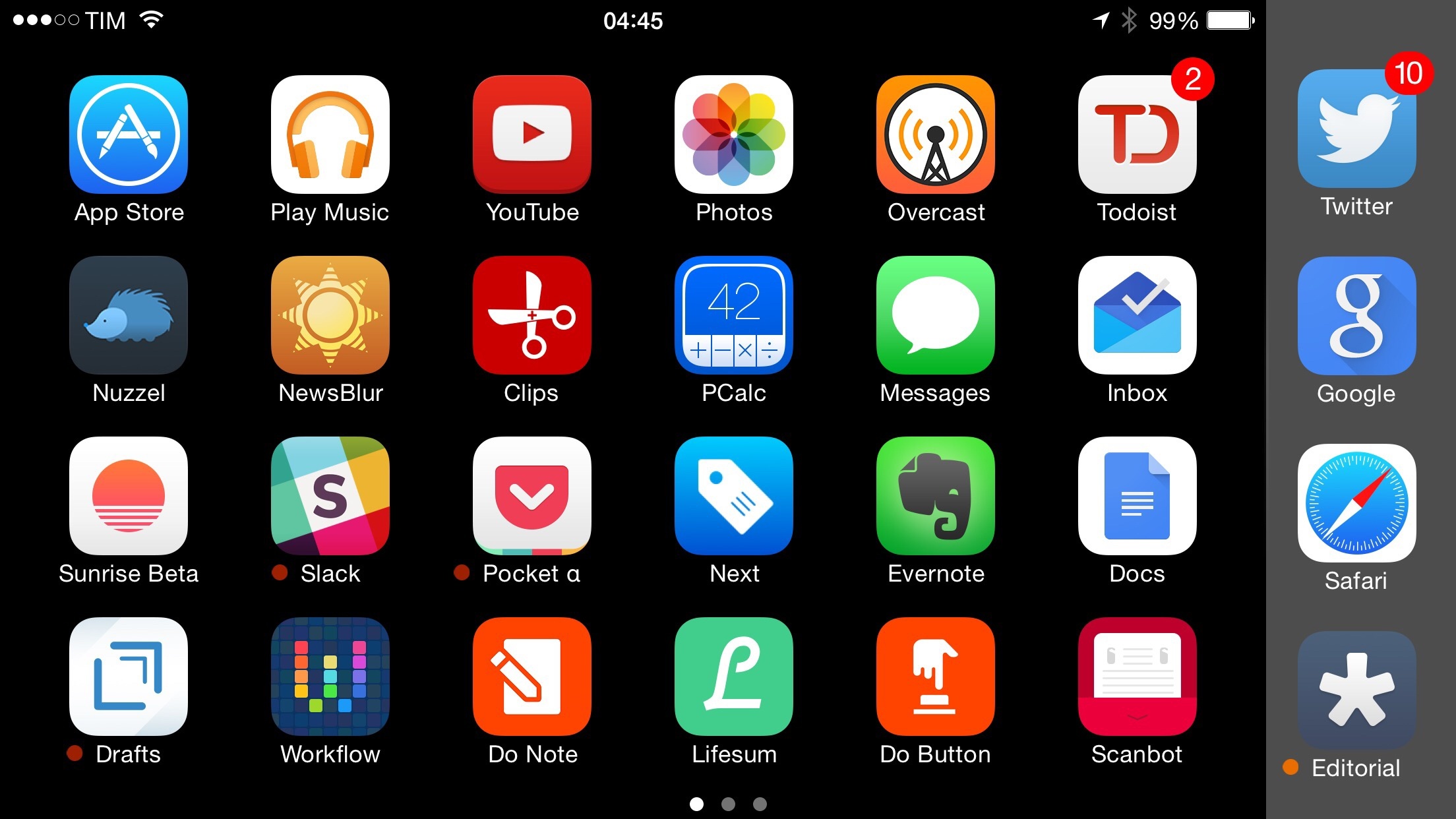 I was wrong about the iPhone 6 Plus.

For years, I thought that big Android phones were meant to address a market segment made of people with abnormally voluminous hands. I had never tried one, but preconceptions are easier (and cheaper) to subscribe to than facts. When Apple released the iPhone 6 family in two sizes last year, I assumed that, among the People Who Have Big Hands And Like Big Smartphones, there could be a few millions who happened to want a 6 Plus.

I also am one of those people.

For the past two months, I’ve been carrying a 128 GB iPhone 6 Plus (white model) that Apple loaned to me for review purposes. I was curious to see if a larger iPhone could fit in my daily iOS usage, and, if so, how it would impact my iPad habits. The iPad is my primary computer; would an iPhone 6 Plus replace some of its advantages, or would the bigger size simply make some iPhone tasks better?

I’ve used the iPhone 6 Plus intensively, and I’ll have to return it to Apple. But I really wish I didn’t have to go back to my iPhone 6.

END_OF_DOCUMENT_TOKEN_TO_BE_REPLACED 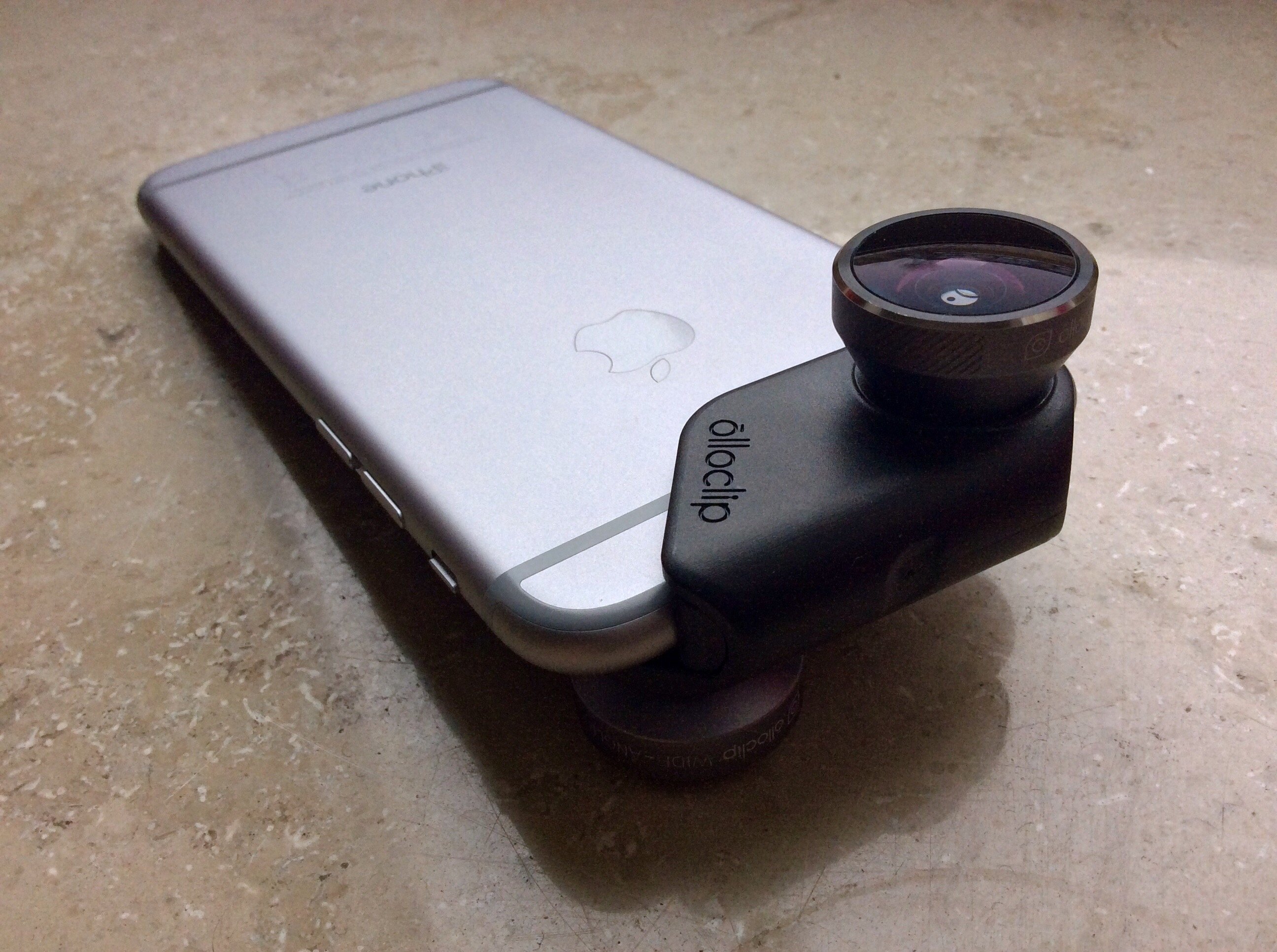 END_OF_DOCUMENT_TOKEN_TO_BE_REPLACED

The countries getting the iPhone 6 and iPhone 6 Plus this month are as follows:

As you can see from the below chart, the claim that this is the “fastest iPhone rollout ever” depends on which point you judge it. As of today (day 34) it is not the fastest rollout, but by the end of this month (day 52) and end of this year, it is. 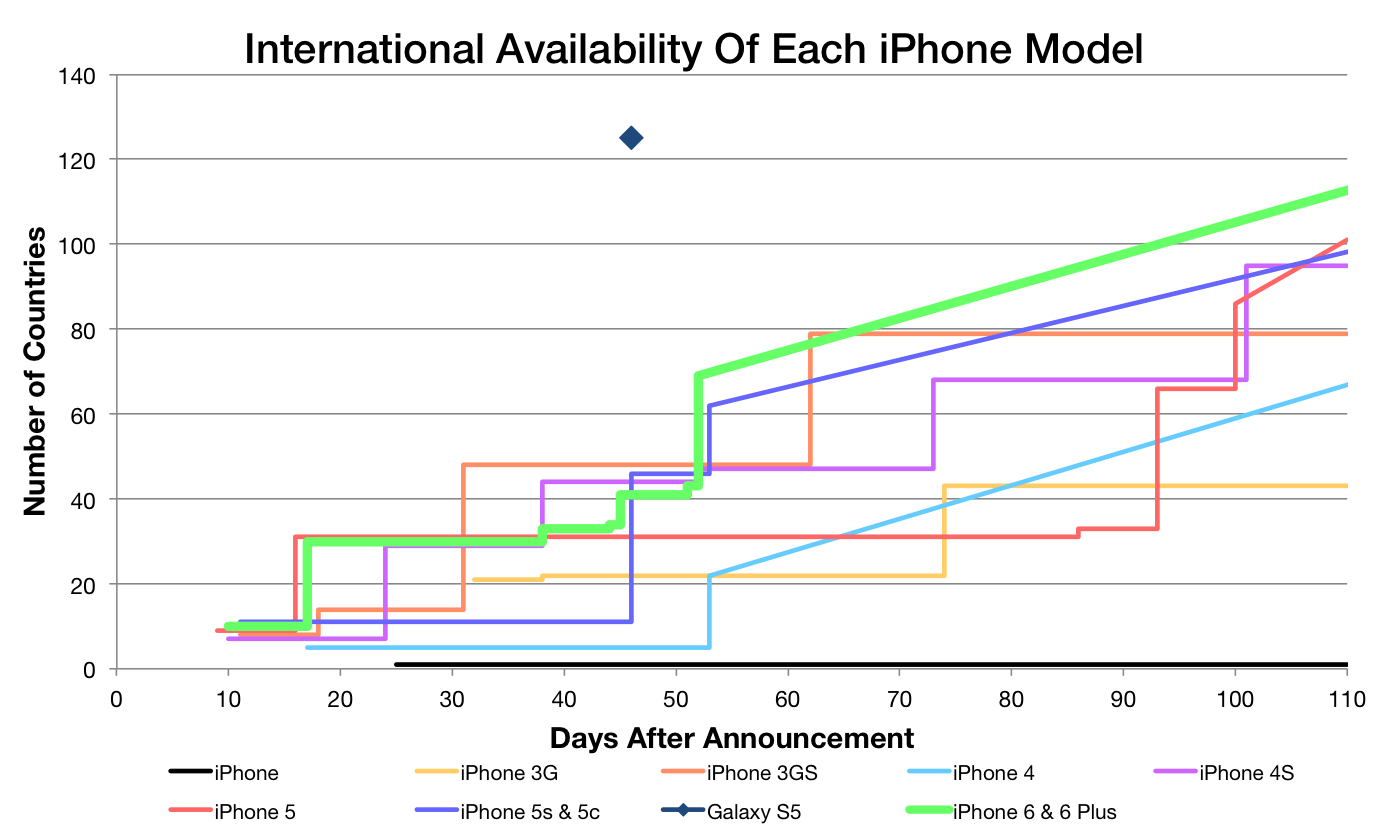 Diagonal lines indicate that exact launch rollouts are not known, but the general projection is known (ie. 115 countries by the end of the year)

Apple issued a press release today noting that the new iPhone 6 and iPhone 6 Plus will launch in China on Friday, October 17. Preorders will begin a week earlier on October 10 and they will be available on all three of China’s major mobile networks; China Mobile, China Telecom and China Unicom.

The iPhone 6 and iPhone 6 Plus first went on sale on September 19 in the US and nine other countries where 10 million units were sold in the opening weekend. The second launch round took place last Friday when it went on sale in 20 countries.

A few blocks away from Apple’s bustling campus in Cupertino is a rather nondescript building. Inside is absolutely the last place on earth you’d want to be if you were an iPhone. It’s here where Apple subjects its newest models to the kinds of things they might run into in the real world: drops, pressure, twisting, tapping. Basically all the things that could turn your shiny gadget into a small pile of metal and glass.

I’m starting to think that the iPhonegates Apple goes through every year may be worth it if only for the peek behind the curtain we get.

This time, in response to the so-called #bendgate, Apple invited the press to visit their secret testing lab for the iPhone 6. The Verge has fascinating photos and details; CNBC has a video report. 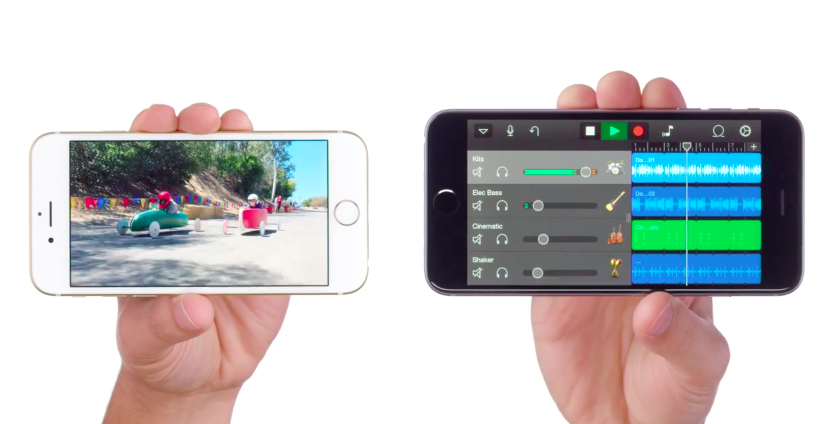 Apple aired two new iPhone commercials last night, showcasing the new size of the iPhone 6 and iPhone 6 Plus as well the improved cameras on both devices.

Narrated by Jimmy Fallon and Justin Timberlake, the ads are called “Huge” and “Cameras”. In the first ad, Fallon tries to explain the additions to the new iPhones with Timberlake simply remarking that they’re “huge”. In the second ad, they go into more detail about new features such as time-lapse mode, Slo-Mo at 240 fps, and image stabilization, showing various parts of iOS 8’s UI from the Camera and Photos apps.

Apple announced yesterday that 10 million iPhone 6 and iPhone 6 Plus units were sold over the opening weekend, a new record for the company. You can watch both ads below.

END_OF_DOCUMENT_TOKEN_TO_BE_REPLACED

Georgia and Rene have made the best video about one-handed use for the new iPhones I’ve seen to date. Short, practical examples (replace the Starbucks cup with an espresso in my case), and I’ve finally seen what Reachability looks like in motion.

For someone with relatively big hands, this gives me hope:

The iPhone 6 holds up relatively well. Even with my tiny hands I can still walk, type, and drink effectively. I do have to alter my grip slightly, in the same way I had to alter it when I went from the iPhone 4s to iPhone 5, but it remains extremely doable. Part of that is the thinner, rounder body, which is larger than the iPhone 5 but lighter even than the iPhone 4s. So, it might take some getting used to, and you might have to give your brain a few days to wire in new habits, but you you be just fine.