Today, Adobe announced substantial updates to Fresco, its drawing and painting app for the iPhone and iPad, and its image editor, Photoshop for iPad. I haven’t had a chance to spend much time with these updates yet, but based on Adobe’s announcement, the changes promise to be among the most significant releases yet.

Fresco is adding a magic wand selection tool that allows selections to be made based on color. A slider adjusts the color that defines the selection, which gives artists fine-grained control over what is selected. As with magic wand tools in other Adobe products, the purpose of the new tool is to eliminate tedious manual selection methods where possible.

The app has also added a liquify tool that blends colors on Fresco’s canvas as though they were paint. Liquify, which is part of the Transform set of tools, allows users to push, pull, and mix adjacent colors in a way that looks quite natural in Adobe’s demonstrations.

Fresco first added tools that brought compositions to life with motion last year. Today’s update adds the ability to adjust the opacity of motion frames from the Frames action menu and move, resize, and rotate motion paths. Fresco’s update includes several other new features, including a recent brushes list, new vector manga brushes, and the ability to define reference layers, a handy way to separate line work from color fill work, and capture a perspective grid from an imported image.

The Photoshop update has added a new AI-based Content-Aware Fill tool that can use surrounding parts of an image to remove and fill unwanted sections of an image with a single tap. Content-Aware Fill is one of the marquee Photoshop features on the Mac, so it’s nice to see it added to the iPad now too. The app has also added a single-tap background removal and replacement tool, which relies on Adobe’s Select Subject technology.

To make quick adjustments to an image, Adobe has introduced auto-tone, color, and contrast tools to Photoshop too. Adobe says these are three of the most frequent actions taken by users on the desktop, so bringing them to the iPad should make it a much more attractive platform for editing images. Adobe’s font browser with over 20,000 fonts is available on Photoshop for iPad too.

I continue to be impressed with the pace at which Adobe apps, but especially Fresco and Photoshop, are advancing on the iPad. Both have grown into some of the most sophisticated iPad apps available and feel natural and native to the platform in the way they implement the equivalent of desktop features on the iPad.

Fresco and Photoshop are available as free downloads on the App Store and offer In-App Purchases to unlock certain features. 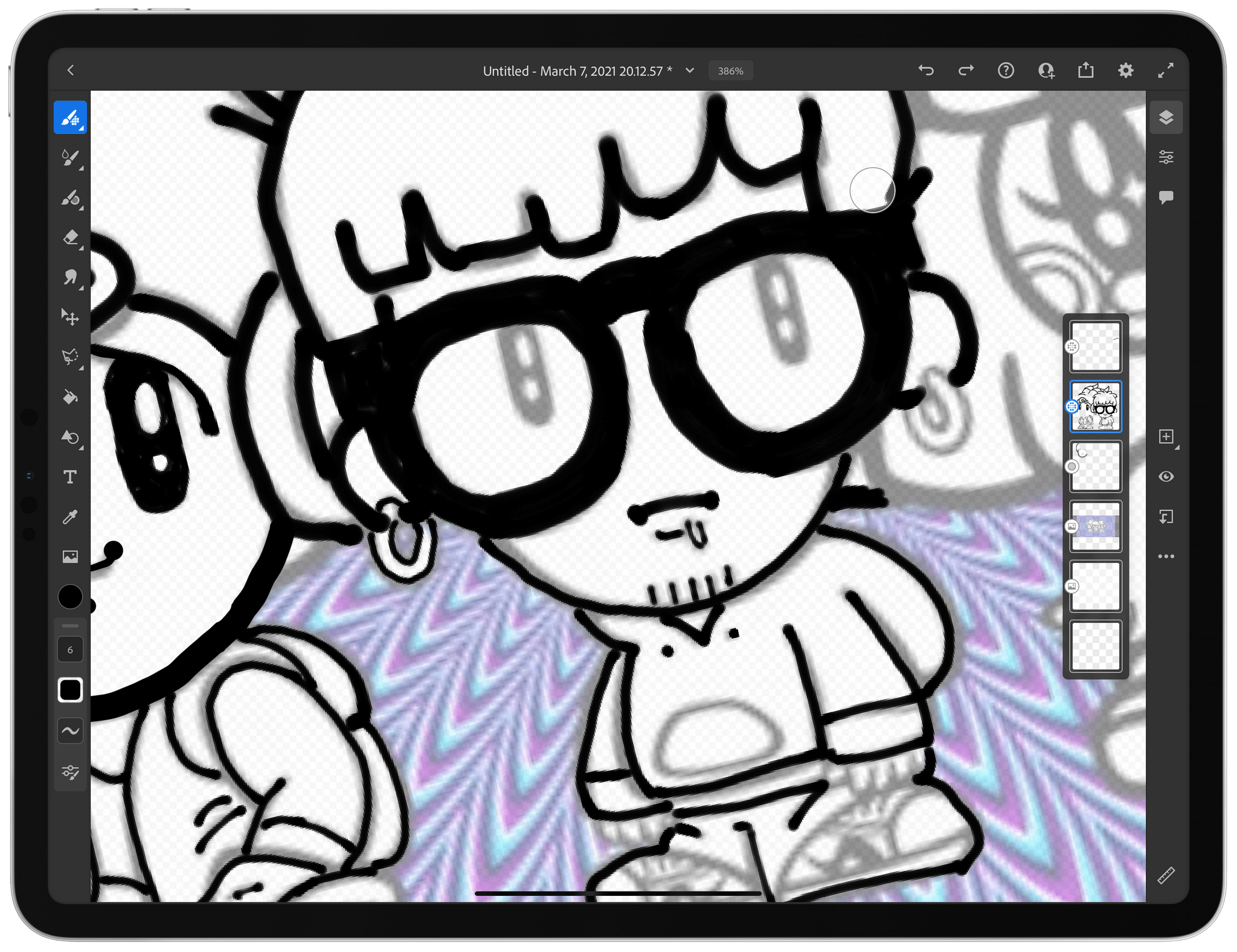 I’m not an artist by any stretch, so when I started poking around Adobe’s Fresco, the drawing and painting app for the iPad and iPhone, I approached the app with trepidation. I shouldn’t have.

Fresco is undeniably a ‘pro’ iPad app. The app has a deep set of sophisticated features and integrations with Adobe’s other Creative Cloud apps and services. However, the app is also designed to scale with its users, meeting them where they start and growing with them, whether they are absolute beginners or seasoned pros.

Adobe accomplishes this in a couple of ways. The first is with Fresco’s business model. I’m sure many people who see an app of Fresco’s caliber assume it must be part of an expensive subscription, but it’s not. The app is free, and although there are benefits that only come with a Creative Cloud subscription, their absence from the free version of the app doesn’t detract from its core experience. You can go a long way with the free version, which makes it excellent for beginners and a good way for Adobe to attract new users.

Free is powerful, but it only goes so far. The second reason Fresco works for a broad spectrum of users is the app’s design. From the spot in the app to which every user is taken when they open their first canvas to the many ways to learn and draw inspiration from experienced users, Fresco’s thoughtful design provides a focused approach to drawing and painting that works for users at all levels.

Ultimately, it’s Fresco’s design that convinced me that this was a review I should write. I’m as guilty as the next person of assuming apps like Fresco are only for pro users. I’ve been pleasantly surprised to find that that’s not true for Fresco. So let’s dive into what makes Fresco such a good place to start if you want to try drawing and painting with your iPad and iPhone.