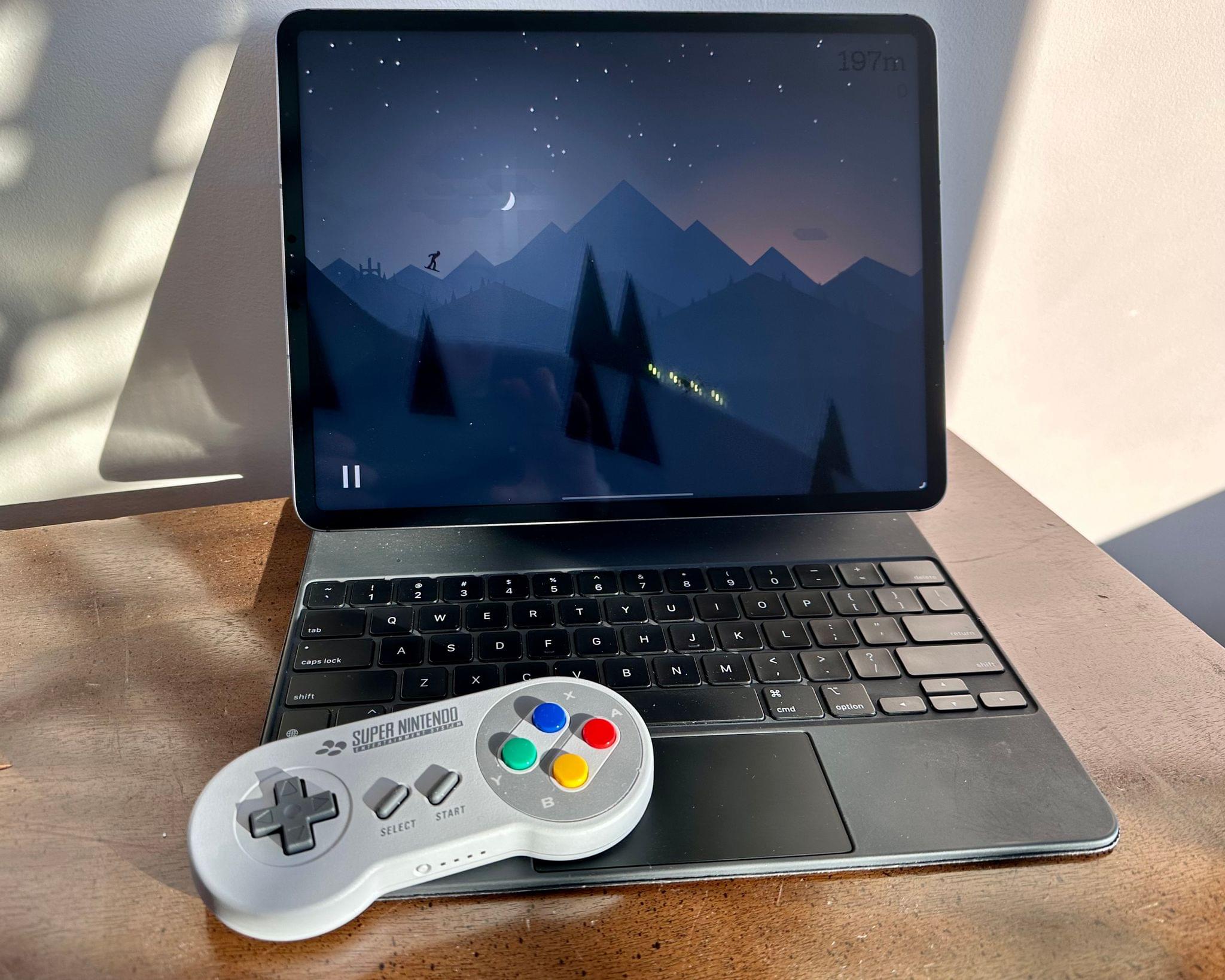 Nintendo sells wireless versions of its classic NES, SNES, and Nintendo 64 controllers, plus the Sega Genesis controller for use with its Nintendo Online Service for Switch. The controllers are a fun way to play the games from those old systems that are offered as part of Nintendo Online and its Expansion Pack add-on service. Yesterday, Steve Troughton-Smith tweeted that the classic SNES controller works with iOS and tvOS 16.1:

Neat, iOS/tvOS 16.1 support the official BT/USB-C Super Nintendo controller for the Switch 😄 I don’t have the N64 or NES versions to test with, but I believe they are supported now too 🎮 pic.twitter.com/mfkTIHpXun

Sure enough, it does, along with iPadOS 16.1 and macOS Ventura. With each OS, the controller shows up as ‘SNES Controller’ in Bluetooth settings when in pairing mode. Federico has confirmed that the Nintendo 64 controller works, too, but neither of us has an NES or Sega Genesis controller to test. The Nintendo 64 controller paired with the new iPad.

This isn’t the first time Nintendo’s wireless versions of classic controllers have been adapted for use beyond the Switch. Steam added support for the controllers in July. 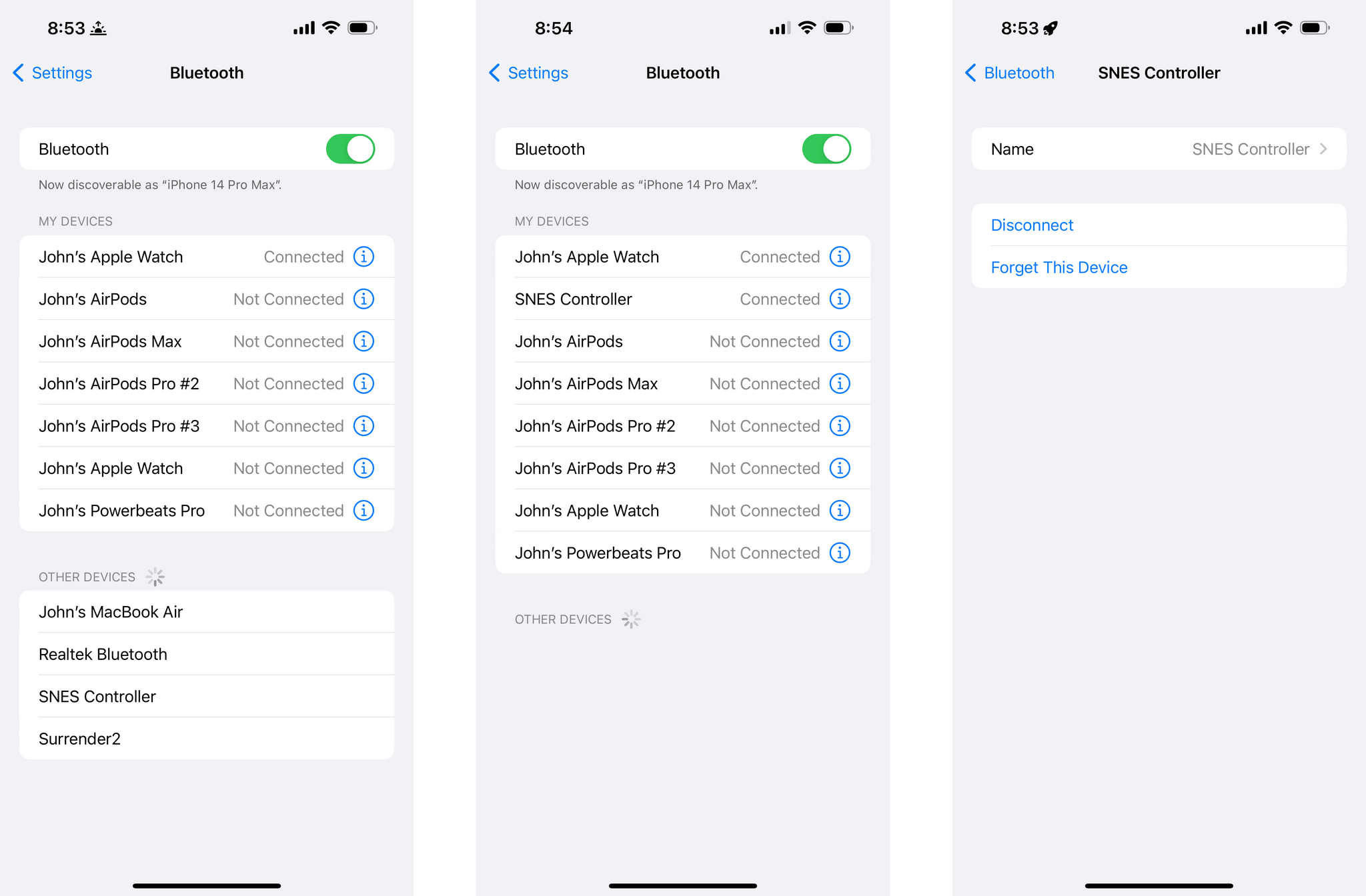 Pairing my SNES wireless controller to my iPhone 14 Pro Max.

I love many of the retro games available on Apple’s platforms that are inspired by Nintendo’s early systems. What’s great about the support for the wireless controllers is that now they can be played with the controllers of the systems that inspired them. The Nintendo 64 controller is perpetually out of stock, but if you’re interested in picking up any of the others, they are available on Nintendo’s online store.