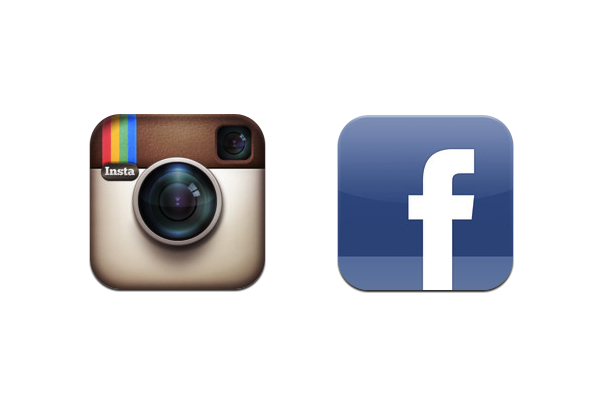 Earlier today, Facebook announced it has “agreed” to acquire Instagram, the popular photo sharing service that recently launched an Android app, adding 1 million users in 12 hours to its existing 30 million iPhone users. Here’s Instagram’s announcement, Zuckerberg’s post on Facebook, and some nice numbers for context. Both companies say Instagram “isn’t going away”, though they will be working on expanding the network while keeping the Instagram “we know and love”. If it sounds confusing on a practical level, here’s how we can put this announcement in perspective.

How better? Instagram better. Even without a business model – something the company has been criticized for not figuring out on day one – Instagram amassed more than 30 million users in roughly 2 years, and it has somehow redefined the way we think of photos shot quickly, modified, and shared on the go on multiple social networks. Photos that don’t require a sign up to be seen, but that do require registered users to “like” and comment. Photos that, even if not of the highest quality, still appeal to the mobile user who wants to touch up his picture of food or a concert with some nice, vintage-like filters. Instagram is fast, intuitive, and free to use for anyone.

Some are already comparing Instagram’s acquisition to Google buying YouTube years ago. I can see the similarities, but there are some differences to keep in mind. Whilst Google’s publicized core product, search, hasn’t directly benefitted from YouTube, Google’s real business, advertising, certainly has in some way. With the Instagram acquisition, I do believe Facebook knows the app is fascinating because it is an app, separate and fun to use, rather than a complicated interface for the big, large network with thousands of features. And I think Facebook could figure out a way to keep the essence of Instagram alive, at least from an interaction perspective, while altering the network in ways to bring tighter integration with Facebook profiles.

The obvious hypothesis is that Instagram could remain a separate product – maybe just rebranded “Instagram by Facebook” – to become the Facebook app for photos. Facebook already has a dedicated Messenger app for messages; they understand that Facebook is so complex and rich now, people want some experiences of it to become standalone, more intuitive products. Photos are perhaps the biggest experience of Facebook – well, aside from the concept of “friending” itself – and Facebook must have figured out mobile users want to be able to shoot, edit, and share in seconds. They also must have noticed how users liked Instagram’s self-contained approach to a feed of photos that tell stories without necessarily using text captions. So perhaps Facebook could leverage its most visual experience yet – the Timeline – to integrate Instagram in a way to ensure photos are automatically saved in a dedicated album, nicely laid out on Facebook.com, but also available as a separate, still Facebook-made feed that only displays photos.

Facebook was already playing around with that idea, too.

But will the transition be simple from a conceptual perspective? As with most popular acquisitions these days, nerds – who tend to be early adopters of social products – react with outrage and disbelief to news like today’s one.

There are five stages of web grief:

In two hours, we have already seen all these headlines. You can love or profoundly hate Facebook, and I’m no judge of your criticism for Zuckerberg’s company. I am just trying to make some sense out of this.

There are some people who fell in love with Instagram, and now don’t accept the fact the company “sold out” to Facebook. It’s an understandable sentiment, as Facebook clearly will try to do something to connect its network with Instagram, otherwise they wouldn’t spend $1 billion. These are the people that liked Instagram because it was a social, but intimate, fun experience to share photos. A separate network with very few features, a focus on photos, and a general feel of “independence” that contributed to its rise to 30 millions. We all root for the small guys to succeed in this era of recession and corporate acquisitions. These people don’t simply fear Instagram will lose its “cool” – they are genuinely concerned their data is going to be acquired by Facebook. That’s why Facebook must be careful in how they figure out a migration from Instagram to its large network. But as for the factors above, there’s no doubt Instagram will lose its product independence eventually.

Some people, however, are more judgmental. They seem to think that every business is a mission, and that we’re all in this intricate, complex Web labyrinth to change the world one app at a time. We are not. A very few people, the Steves and Bills of this modern age, are in for the long haul – to change the way we think, and the way we live through technology. But the majority of founders – even the most passionate ones – run businesses as they should: like a business. With real money, not just ideals, to administer at the end of each month. With employees to take care of and investors to respond to. With privacy concerns, legal departments, offices, salaries, support teams, and families waiting at home, wondering why you’re sweating so much for a website anyway. Instagram is a startup with 10 employees, two co-founders, a lot of users, and no business model to start making money. Facebook comes in and offers $1 billion. What is Instagram going to say, no?

I am not saying what Instagram did was “right”. Let’s get real, it’s not about “right” or “wrong”. It’s a business. And if the solution to this business happens to be a huge social network with lots of money in the bank, and possibly a decent existing structure to migrate our product without screwing our users too much, even better. Facebook and Instagram did the obvious thing: they understood they needed each other and got together. The outcome of this choice is more blurry for now, because while Instagram gets the money, Facebook will have to do things right and figure what makes Instagram great, keep it alive, and improve on it while further connecting it to Facebook. I do hope Instagram will be kept around for the long term.

As usual, the users decide. If you are using Instagram on a daily basis, and you are sending all your photos to Facebook, then maybe this announcement won’t change anything, and perhaps you’ll enjoy some new Facebook-only perks too. If you are concerned about privacy, think Instagram has no way to work as a Facebook product, or generally don’t like the idea of a “Facebook owned” service, then you are perfectly justified to delete your account.

But we should stop thinking about web services as experiences bound to stay independent to change the world, because that is a bubble. The obvious ending is what’s best for the business.