The current MacBook Pro line is a little bit of a mess. Even after brushing aside the last-generation machines that are still for sale, the current offerings are confusing. Both 15-inch models come with the Touch Bar, but only two of the three 13-inch models offered do.

That $1,499 non-Touch-Bar-but-still-in-the-new-skinny-case 13-inch MacBook Pro is what I’m typing on right now. It’s a great little laptop. The screen is gorgeous, battery life is great and it’s more than fast enough for what I need when I’m not in front of my 5K iMac.

It’s a weird machine, though. I’m sure Apple left the Touch Bar — and two Thunderbolt 3 ports — out solely to hit the price point, which is already higher than the model it replaces.

My guess is that this MacBook Pro will either drop in price or be replaced in the future as the Touch Bar trickles down.

Until then, it’s in the ranks of some other modern-era Macs that were caught between other products or different eras of hardware design. Let’s look at some other examples. 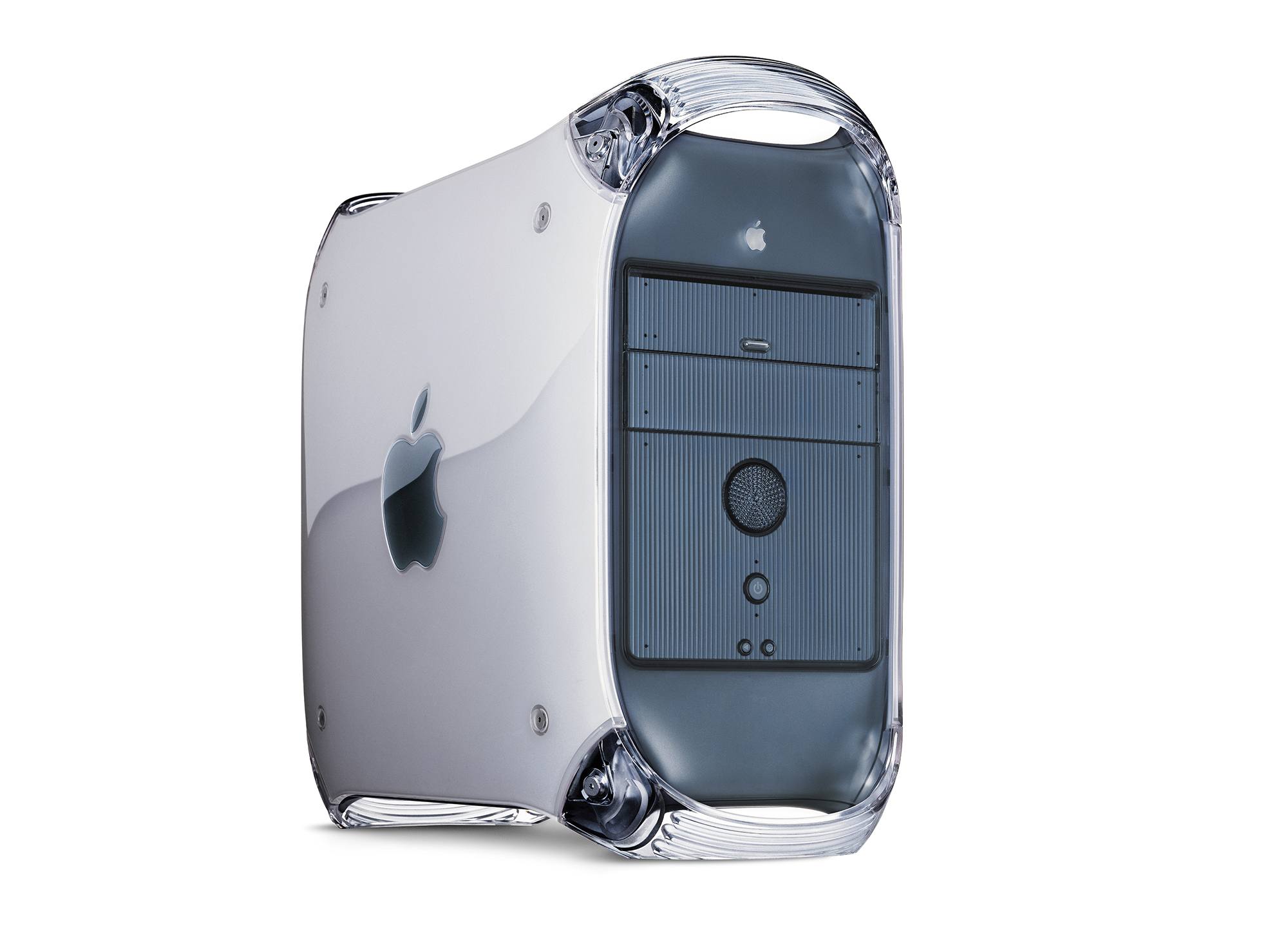 This initial Power Mac G4 — codenamed Yikes! — was based on the Blue and White Power Mac G3 that came before it. Apple basically took the G3’s logic board and added the G4 to it.

If that sounds a little weird, it’s because it was. The Power Mac G4 (PCI Graphics) was a hedge in case the “real” Power Mac G4 — with AGP graphics, AirPort compatibility, a faster memory bus and more — wasn’t ready in time.

That ended up being the case, so Apple sold this PCI Graphics model as the low-end model, with the faster, totally re-worked AGP-based machines shipping a month or two later. By the end of 1999, the PCI Graphics model was phased out, making it the shortest-lived computers modern Apple has ever sold.

This is one of those Apple projects that very clearly existed because Steve Jobs willed it into being. It was an entire G4 computer, packed into an 8-inch cube, that was then suspended in a clear acrylic case.

It’s still one of the most beautiful objects I own. It sits on my desk to this day. 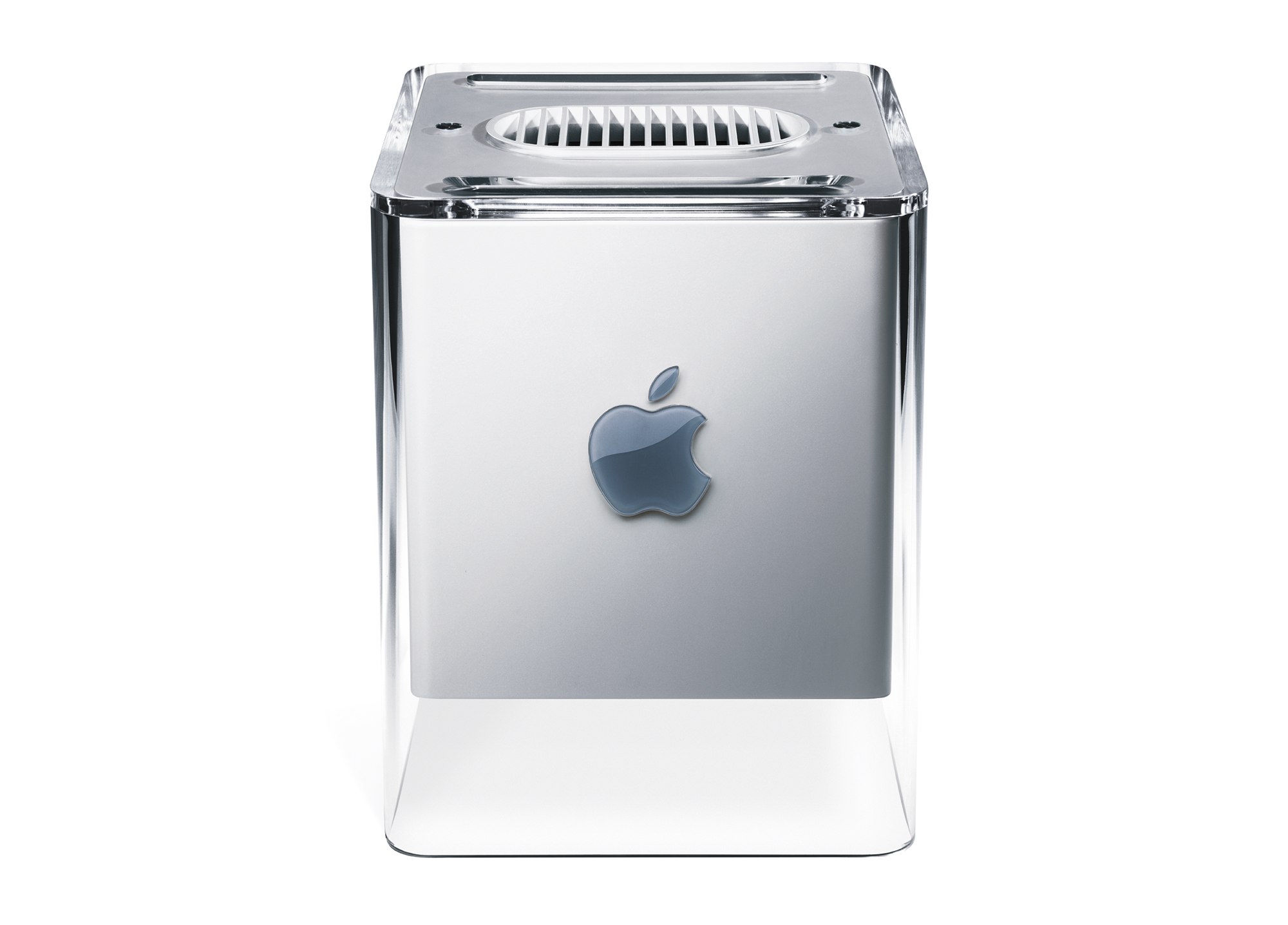 That beauty came at a cost, however. The Cube didn’t have the same dual-CPU setup that could be found in the Power Macs, and the machines suffered from several design flaws from case cracks to overheating.

The biggest problem was that it was hard to know who it was for. It marked the first time Apple expanded its product line beyond the “Grid of Four” that Jobs had implemented when he came back to the company: 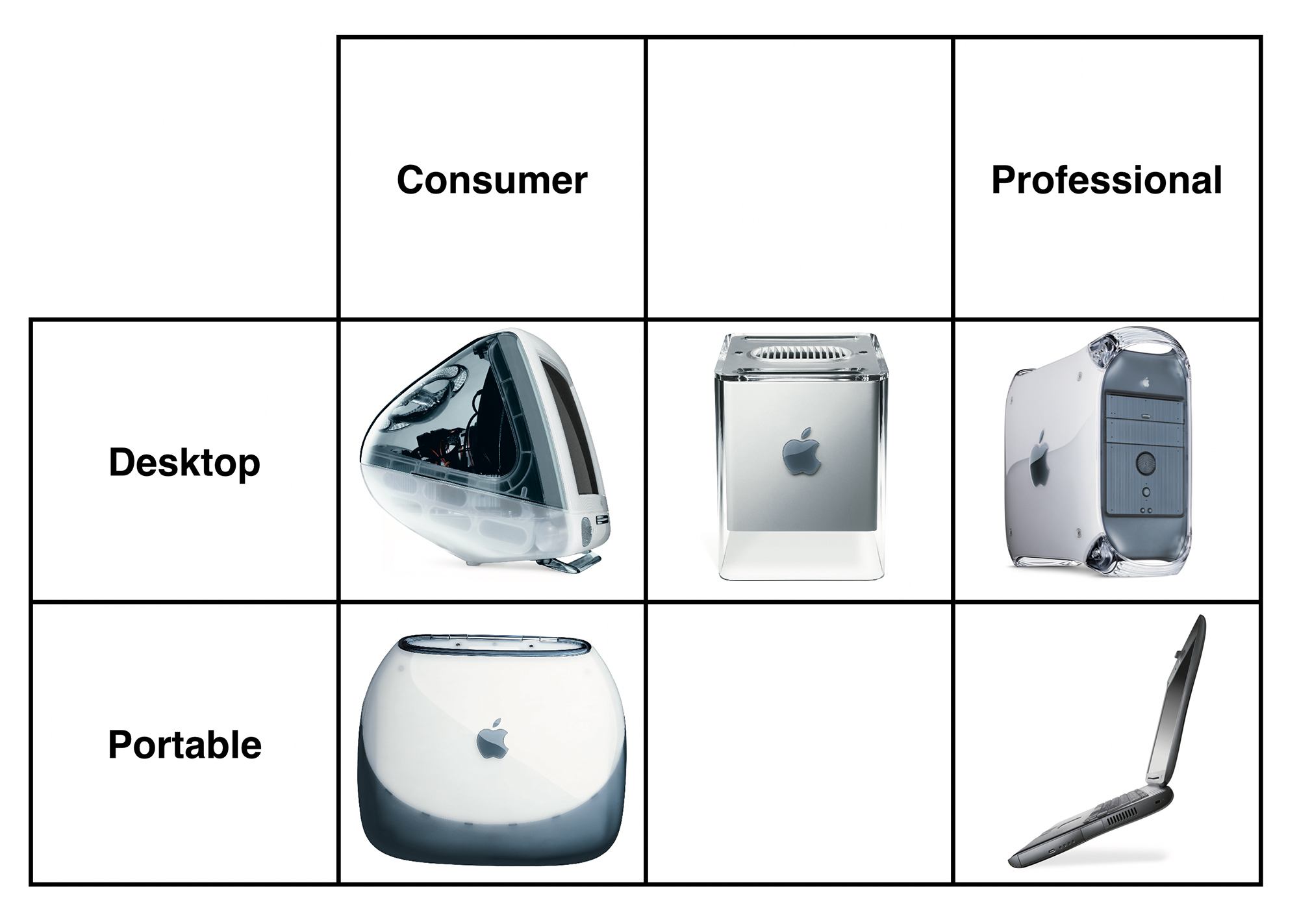 It was far more powerful than the iMac G3s Apple was selling at the time, but not as fast — while being nearly as expensive — as the towers. As a result, it didn’t sell very well and was “put on ice” in July 2001. In that press release Phil Schiller said, “Cube owners love their Cubes, but most customers decided to buy our powerful Power Mac G4 minitowers instead.”

While it’s a story for a different time, the switch to Intel was one of Apple’s finest engineering hours. Not only was it a smooth transition for end users, the first Intel Macs were solid machines.

When the first Intel iMac replaced the iMac G5, and when the PowerBook was replaced with the MacBook Pro, Apple was able to keep the costs the same.

The MacBook started in between the cost of the 12-inch and 14-inch iBooks, but the Mac mini saw a price jump from $499 to $599 when the G4 was replaced. There was a catch though. To get a decent Mac mini, it suddenly cost $799.

…it’s important to remember that the original $499 Mac mini lacked all but the basic features, including the now-standard AirPort and Bluetooth wireless options. Adding those features to an older Mac mini cost about $100. And that’s not even considering the new chip and faster frontside bus and RAM; the switch to Serial ATA hard drives; and the addition of Gigabit Ethernet and two more USB 2.0 ports (now four in total). And the $799 model costs $200 more than its predecessor, but includes a Core Duo processor and 8x dual-layer DVD burner.

The cheap model goes down in history as the only Intel Core Solo Mac ever sold. Like my MacBook Pro, it seems like Apple had to compromise on the specs to hit a price point. I remember Mac users being pretty upset about it at the time; I know I was.

Thankfully by the end of 2006, the base Mini was updated to include a Core Duo chipset ending this weird little footnote to the Intel transition.

The white and black plastic MacBooks seemed ubiquitous for a long time. After several years — and in conjunction with the unibody MacBook Pros — Apple reintroduced the MacBook.

This generation featured the same aluminum case, glass-covered display and expansive trackpad as the then-new MacBook Pros, but lacked the horsepower and FireWire 800 port seen on the Pros. 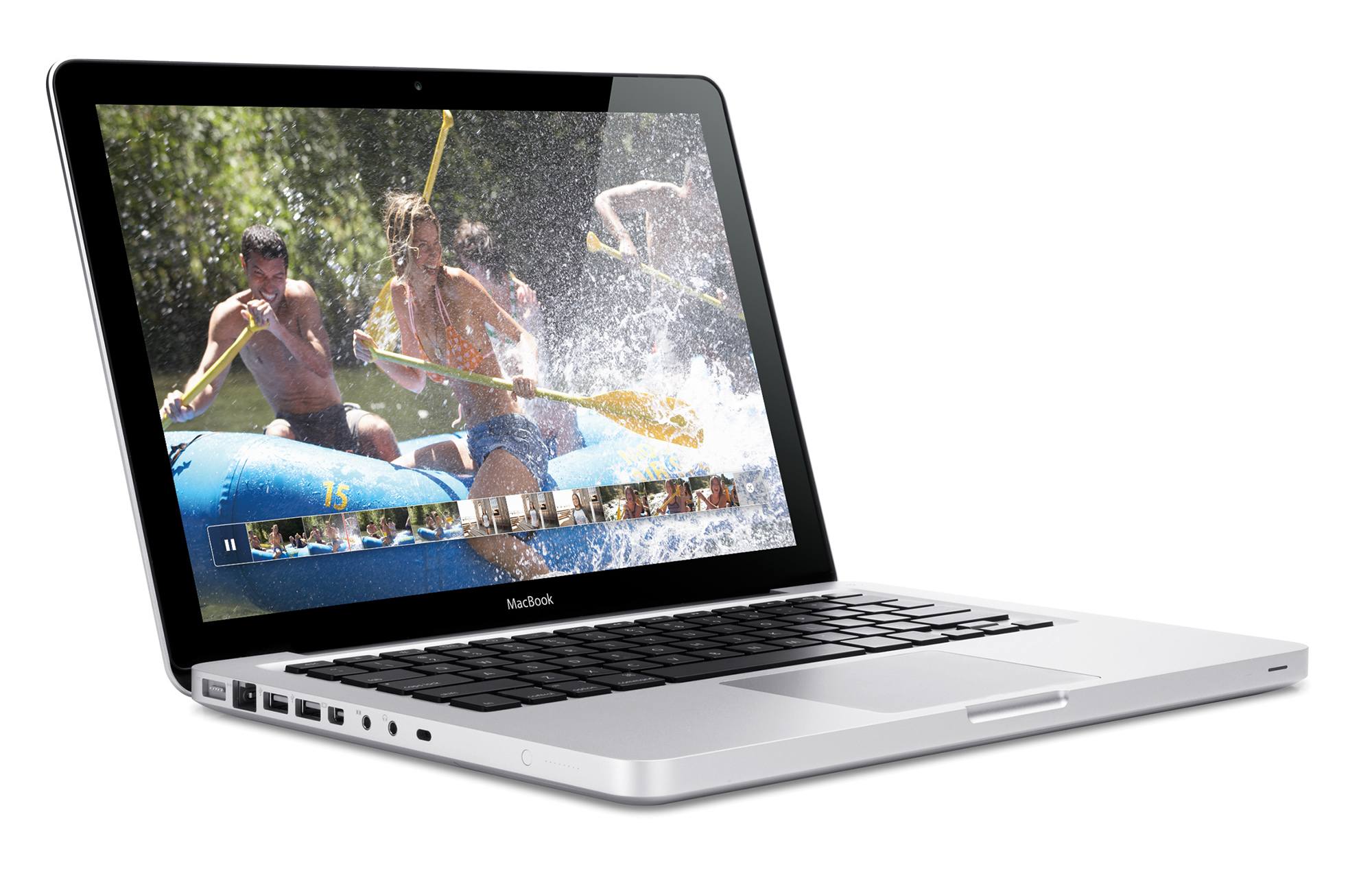 With this redesign, the price went up, so Apple would soon announce another new MacBook that was sold as a $999 alternative. It was one last white plastic model, albeit one that was just as weird: 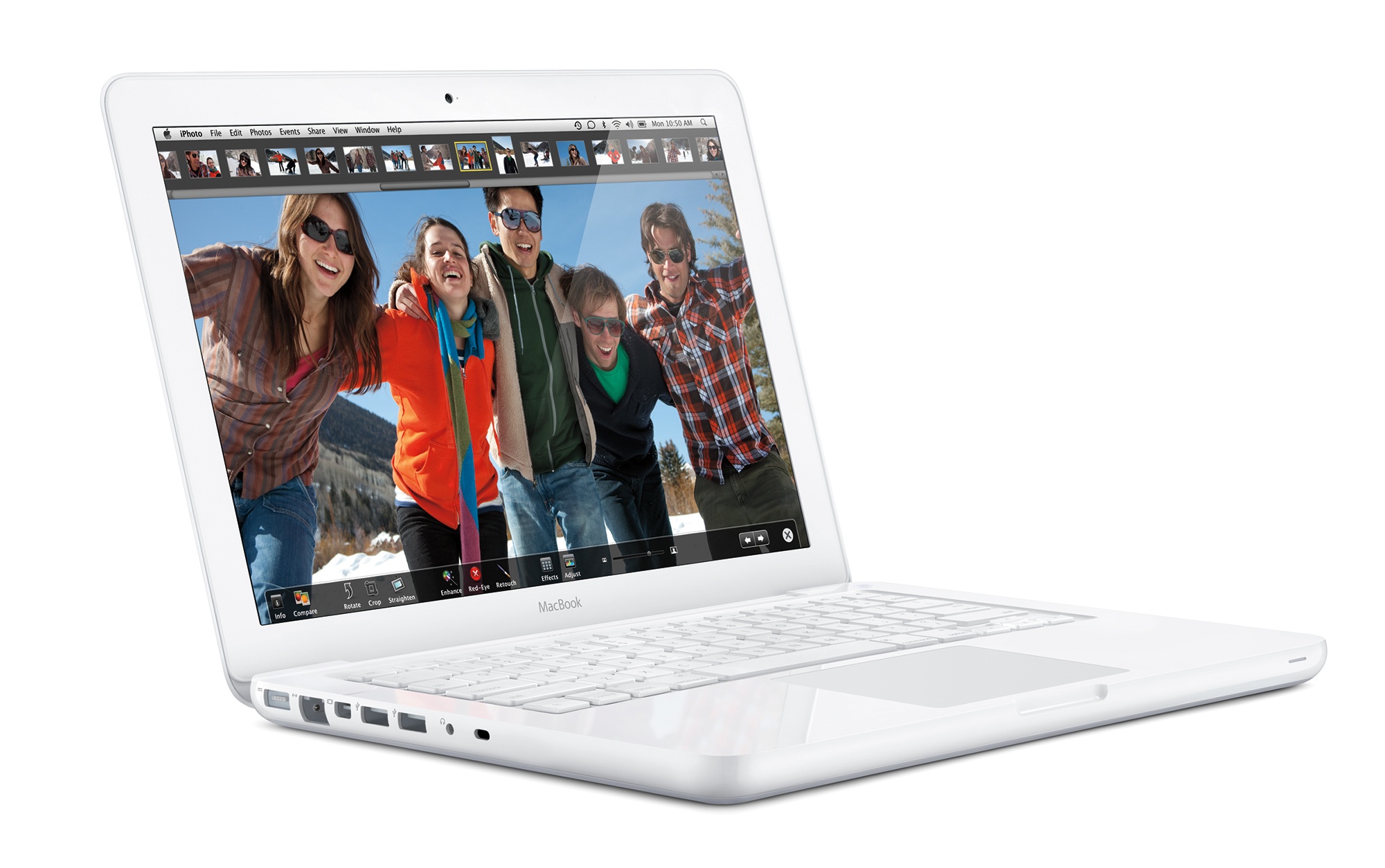 It was technically a unibody machine, but the only one ever to be made of plastic instead of aluminum.

Every transition in technology brings a period of time in which less-than-optimal decisions have to be made. Price, features and timelines are always at war with one another.

Sometimes that means Apple ships computers that aren’t everything they could be. Sometimes it means there are big delays between generations. Sometimes they just make the Mac faithful sad.

Better days are often just around the corner.