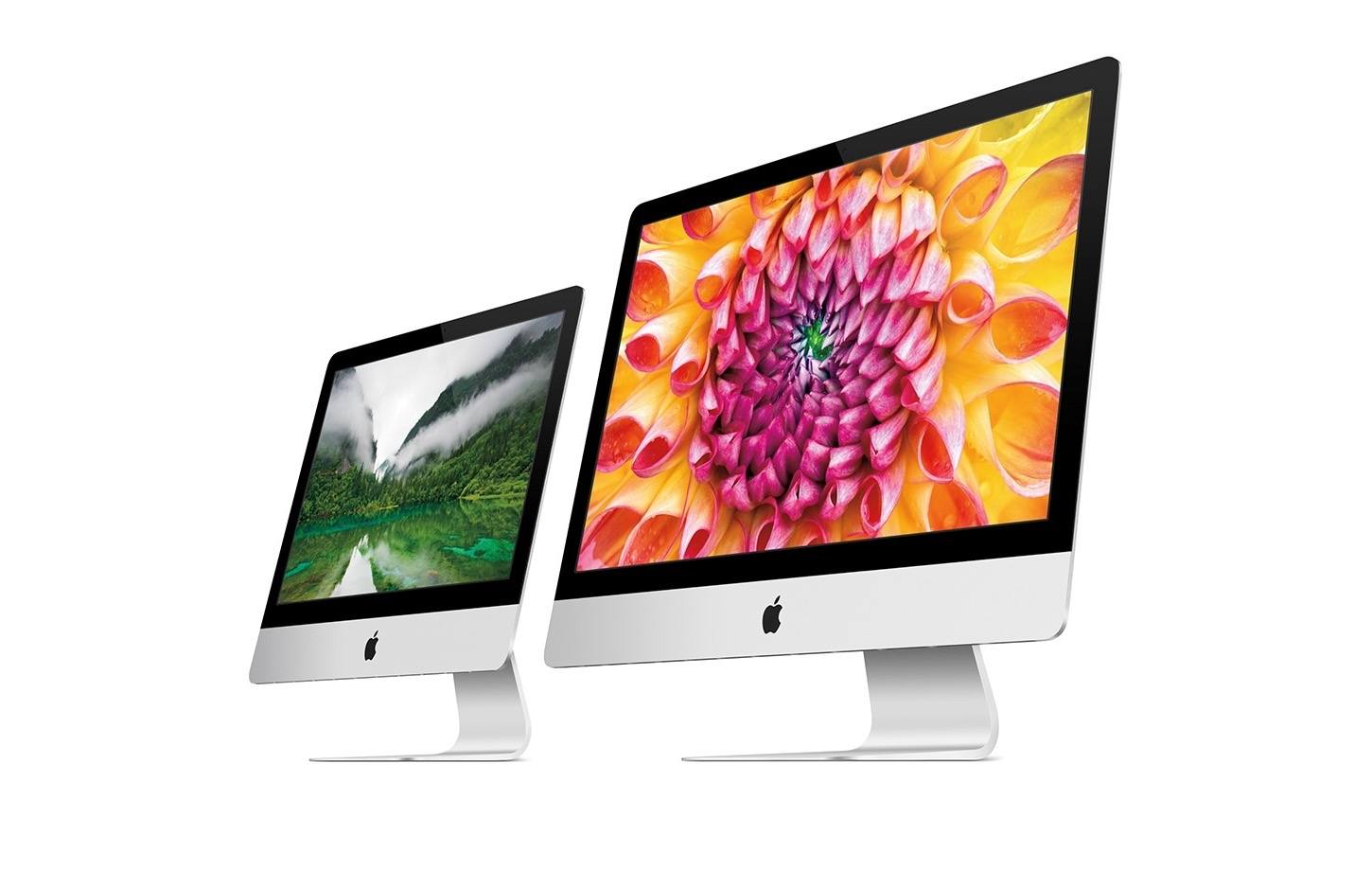 We Gotta Go Back in Time

Before we get to that 2012 event, we need to roll the clock back a little further to August 2007, when Steve Jobs unveiled the first aluminum iMacs. These machines came in 20- and 24-inch variants, keeping the 16:10 aspect ratio from the white iMacs before them, but now included glossy displays complete with cover glass.

Apple was rightfully proud of the design, as this language from its website indicated:

iMac sets new standards for elegance and power. It packs a complete, high-performance computer into its all-in-one design. With its anodized aluminum frame and glass cover, it’s striking to behold. The glossy widescreen display — available in 20- and 24-inch sizes — makes photos and movies come alive with rich color. The use of recyclable glass and aluminum makes iMac friendlier to the environment, too.

It was one of those times when a new Apple product instantly made the old one look old, a trick Apple would repeat with the Late 2012 machines.

Two years later, in October 2009, Apple redesigned the iMac again. This time, the materials stayed the same: the front of the iMac was still carved out of aluminum (and now the back was too, as opposed to the black plastic used on the old design), and the screens were still covered in glass. However, the new screens used LED backlighting and IPS technology for better brightness and viewing angles. And, of course, they were in the now-familiar 21.5- and 27-inch configurations, using a 16:9 aspect ratio. 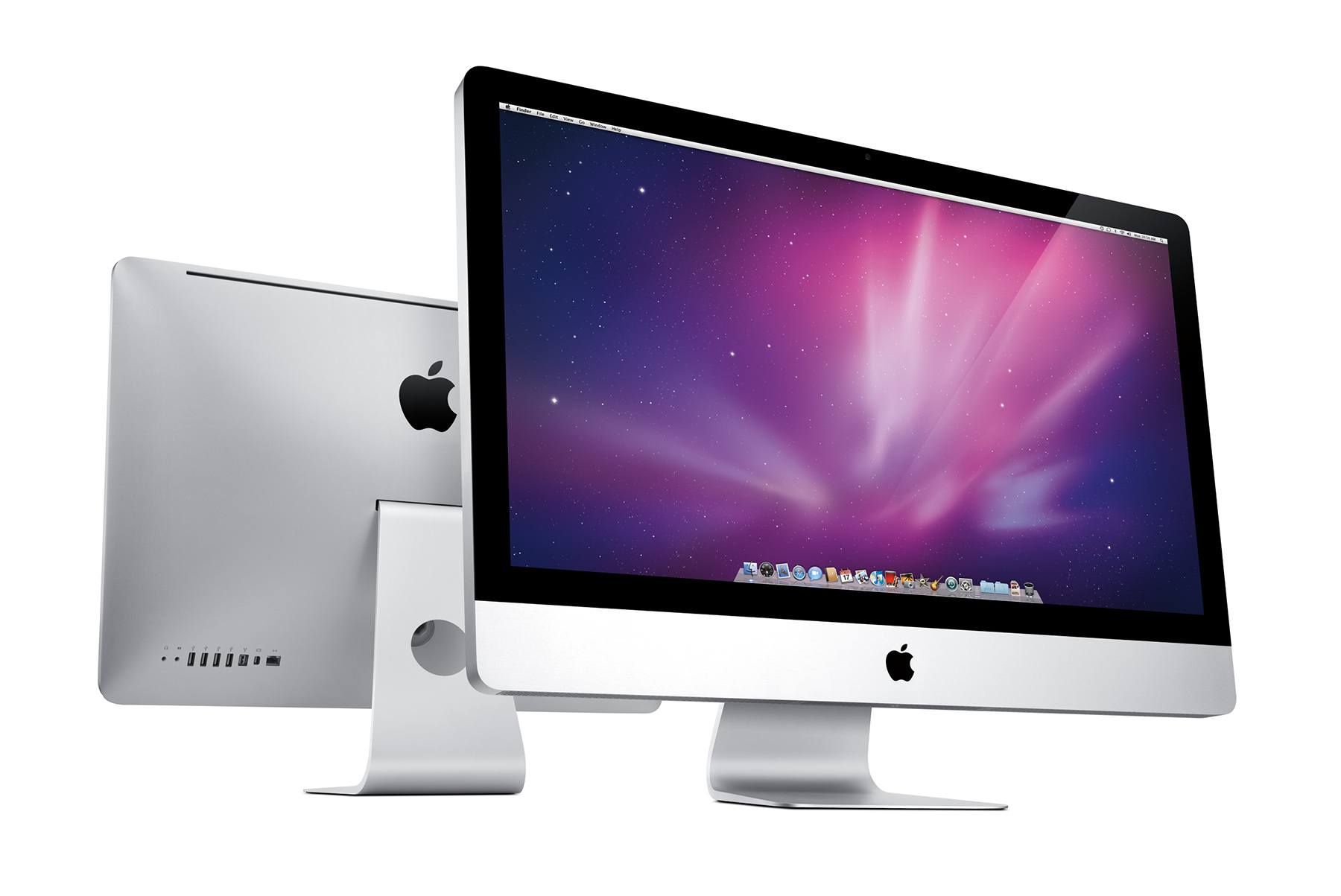 Apple raved about the design on its website, and for good reason. The more modern aspect ratio breathed new life into the machine, but the company wasn’t done quite yet.

Finally, we can talk about the Late 2012 iMacs. In a special press event, Phil Schiller took the stage to announce some big changes to the desktop machines.

Sometimes a picture is worth 1,000 words. 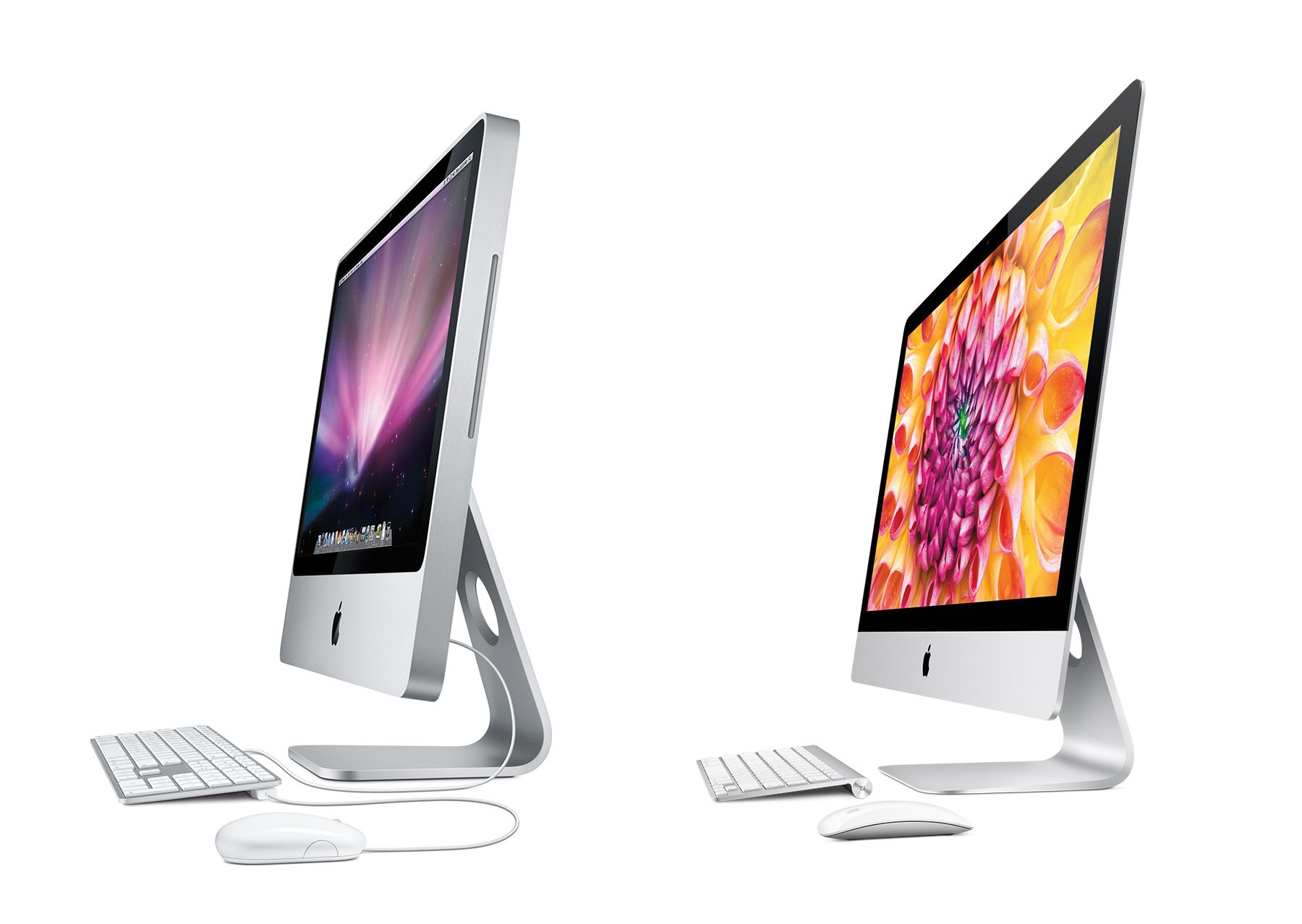 Not pictured: the giant hump at the back of the 2012 design.

For this revision, the iMac received faster processors as expected, but to hear Apple tell it, they remade the entire machine:

Creating the stunningly thin design of the new iMac took some equally stunning feats of technological innovation. We refine, re-imagined, or re-engineered everything about it from the inside out. The result is an elegant, all-in-one computer that’s as much a work of art as it is state of the art.

Flowery language aside, the design really was impressive. In addition to some of the obvious changes like ditching the SuperDrive that had graced the right side of the iMac since the iMac G5 days, Apple really dove into the machine’s components to make the edges just 5mm thick.

A lot of work went into the screen. The new LCD was 5mm thinner then before, and Apple eliminated the 2mm air gap between it and the cover glass by laminating them together, something Schiller said hadn’t been done with a screen of this size before this product. A nice side effect of this work was fewer reflections were created, making the new iMac easier to use in more environments.

The majority of thick components were bunched together near the foot’s mounting point, but that thin edge took an advanced manufacturing technique named friction-stir welding to attach the chin to the back case. This made the enclosure both seamless and strong. Apple did its best to minimize the hump at the back of the case, but it does make an appearance in this media image: 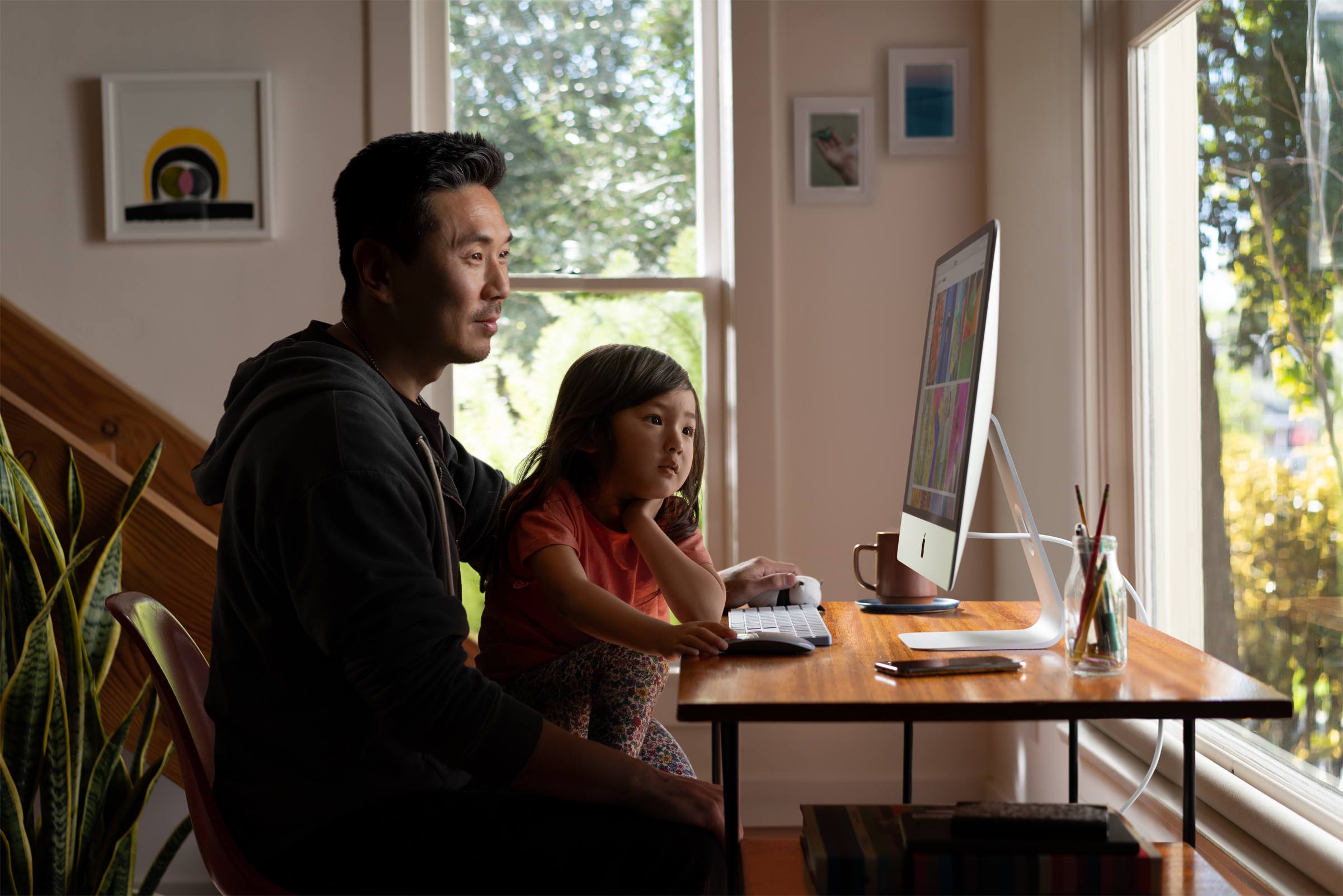 It’s What’s Inside That Counts

The thicker aluminum iMacs included an access door under the chin for upgrading RAM. The thin iMacs didn’t have any room for that, so Apple added a memory access door to the back of the machine, but only on the 27-inch models, as noted by this support article:

This got under my skin back in 2012, and it still bothers me. If you have a 21.5-inch iMac, the RAM is sealed into an aluminum and glass tomb.

I should also note that these iMacs were the first outfitted with a Fusion Drive, marrying an SSD to a spinning hard drive for the best of both worlds: fast disk access for things like the OS and commonly-used applications and files, and a ton of storage for media libraries and older documents. The Fusion Drive was optional in 2012, but has been the default on 27-inch iMacs for years now.

Oh, and they used NVIDIA graphics, and they supported the short-lived Target Display Mode. 2012 was a different time.

Time Is a Flat iMac

This case design continues today, basically unchanged, even through the transition to Retina displays. The iMac has gotten much faster and has traded its Thunderbolt 1 ports for Thunderbolt 3 ones, but the enclosure has stayed the same ever since.

It even carried over to the iMac Pro, despite its overhauled internal design and Space Gray tint. Apple pointed out that they were able to cram the new machine into the old case:

Featuring next-generation Intel Xeon processors up to 18 cores, iMac Pro is designed to handle the most demanding pro workflows. With an all-flash architecture and all-new thermal design, iMac Pro delivers up to 80 percent more cooling capacity in the same thin and seamless iMac design. And with a new space gray enclosure and gorgeous 27-inch Retina 5K display with support for 1 billion colors, iMac Pro is as stunning as it is powerful.

I would love to see Apple modernize the iMac with better cooling, all-Flash storage, and the T2 chip. That didn’t happen this time, and I understand that the low prices on the 21.5-inch machines probably prohibit such advancements, at least for now.

However, the outside of the iMac could use a refresh as well. The design is fine, but I think it could be modernized in a couple of areas. The bezels were fine in 2012, but seven years later, they look ridiculous. The integrated foot is sturdy, but I miss the days of more adjustable desktops. The built-in iSight camera is…not great, and the fan noise generated by high-end models is a non-starter for many of us.

It’s time for Apple to do what it does best: make something look instantly old by unveiling something new. 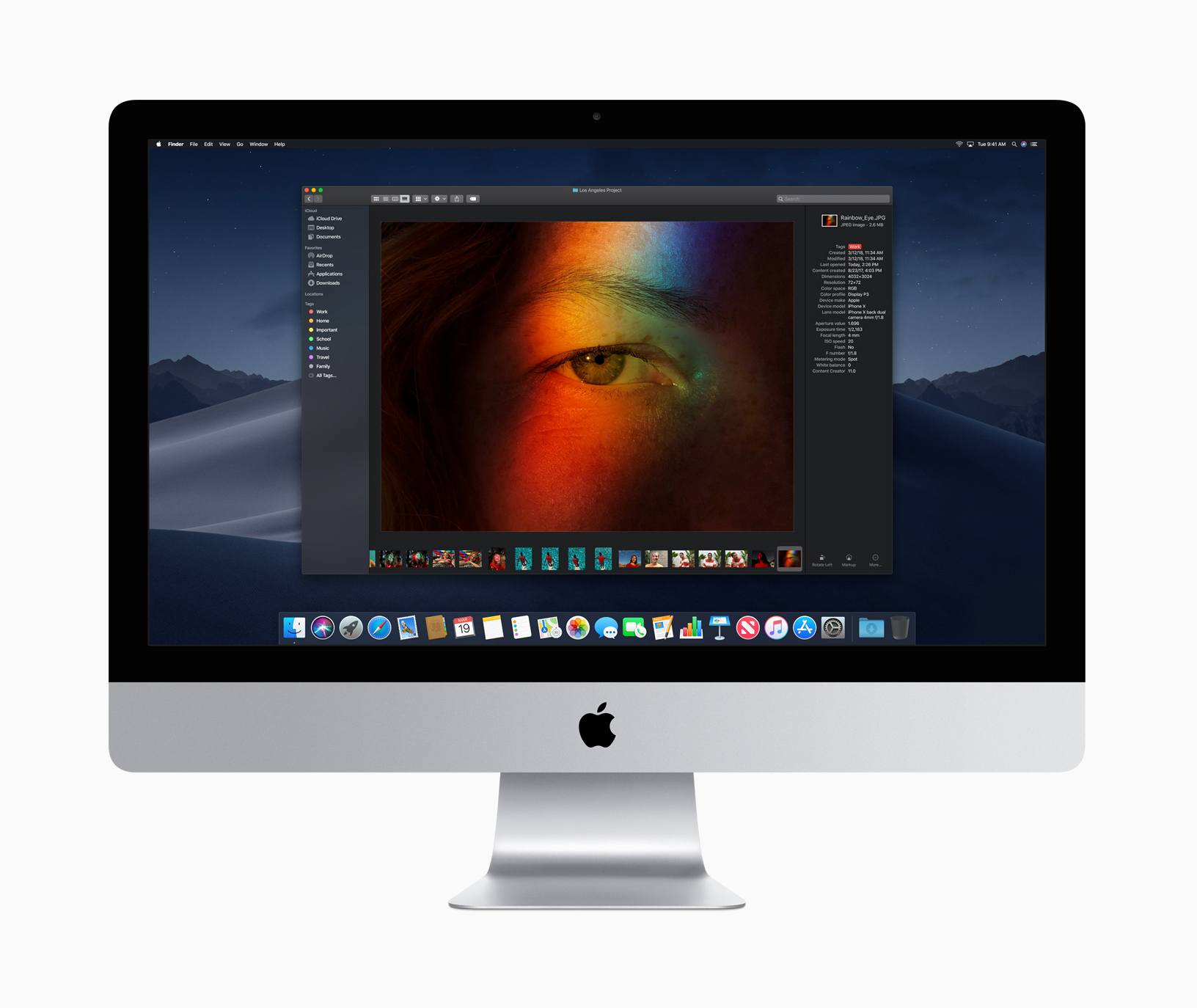