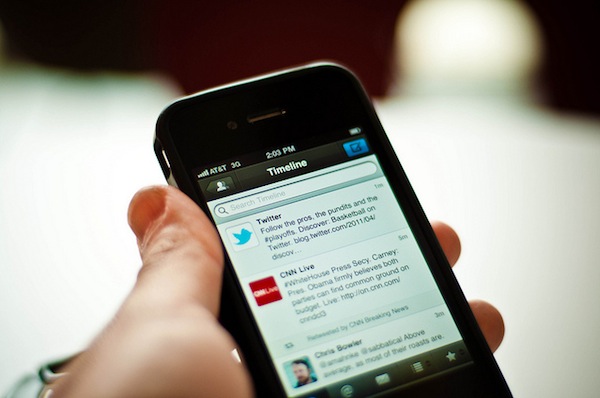 Justin Williams writes about the current state of Twitter clients for iOS:

What iOS needs is the Twitter equivalent to Adium: a well maintained, open source Twitter client that is targeted at the most hardcore and passionate users of both Twitter and the iOS platform.

That, of course, is easier typed than done. Many open source projects fail because of lack of vision or direction. Others fail because they are just badly engineered software that aims to shove every pet feature into a unified product. Projects like Adium succeed because there is an established hierarchy of managers, developers and contributors. Each release has a focus and direction much like a commercially produced project.

My first Twitter client was Twittelator Pro by Andrew Stone, which I installed soon after I got my first iPhone in 2008. After that, I switched to Twitterrific, which I kept until Tweetie came out. For a few months I bounced back and forth between Tweetie, Twitterrific and Birdfeed but, eventually, I settled with Tweetie 2. I loved Tweetie 2. It was the perfect Twitter client for my needs, it was fast and Loren was (is) a great guy. But then Twitter bought the app, started doing all kinds of crazy things to it, and the excitement wore off. I went back to Twitterrific, but it wasn’t the same – I had become very accustomed to Tweetie (now Twitter for iPhone) and the simplicity of Twitterrific was disorienting. Like Justin, I’ve always had a problem with inline DMs in Twitterrific.

Throughout 2010 and 2011 there’s also been a period when I went back to trying every Twitter client out there, including Twittelator Pro (again), but also Echofon, Tweetings, HootSuite, Osfoora, TweetList and TweetLogix. I was addicted to trying Twitter clients until Tweetbot came out and, as I wrote in my review, proved to be a Twitter app for iPhone I could once again fall in love with. I’ve been using Tweetbot for iPhone ever since, and the app keeps getting better on each release. Personally, I don’t agree with Justin’s point that Tweetbot is “the best designed Android app available for iOS”, but this isn’t the main problem.

The real issue is that these days iOS Twitter nerds are left with Tweetbot and nothing else. Twitterrific clearly isn’t targeting power users – maybe a better expression would be “users that don’t just casually check on Twitter” – and Twitter for iPhone, well, let’s just say it’s not exactly focused on Twitter geeks anymore. How about the other clients? I see very few innovators around, and the only third-party app I’m excited about (again, except Tweetbot, which I use every day) is Twittelator Neue – Stone’s app has a good chance to reinvent a few things especially if it ever comes to the iPad. But looking at the whole Twitter software landscape today, it’s clear to me there isn’t the kind of verve and anticipation for new clients that we experienced three years ago, with developers constantly updating their clients, one-upping competitors in terms of features, and teasing new products that (sadly) never came to be.

In a scenario where the less popular Twitter clients are either a) maintained through bug fix releases or b) updated with minor features every once in a while, lacking major additions like iPad and Mac counterparts, I see a glimmer of hope in Tweetbot – Tapbots are always up to some great stuff – and services like Tweet Marker: available for free to developers to implement in their apps, Tweet Marker is the first step towards that kind of client-side unification whose lack made switching Twitter clients on a daily (or even hourly) basis so painful in 2009. Check out the apps that already support Tweet Marker, and note how they’re the same names that I’ve mentioned above.

Building an Adium-like model for the ultimate Twitter client might be a viable plan, albeit an elaborate one considering all the technical complexities and frequent changes behind the Twitter API. An ideal modern Twitter client for power users should have delightful and powerful iOS apps and an outstanding Mac client that makes it extremely easy to switch environments without user fatigue; you have to make sure the apps are always brought up to date with the latest Twitter features from Twitter itself and iOS 5 (I’m fairly sure the technologies and APIs behind AIM aren’t updated nearly as often as Apple releases new iOS betas), and when everything’s distributed for free you have to make sure you’ve got a dedicated, kick-ass team of contributors and leaders, or things start to get messy (and slow) because of updates, user support, feature request, and so forth.

So here’s another possible scenario. Let’s continue to diversify the offer of available Twitter clients, and settle with one app for power users. Justin doesn’t like Tweetbot, but perhaps one year from now Tweetbot will be available on more platforms with changes and tweaks that everyone will like and use on a daily basis, even Justin. Around that Twitter client for power users, I imagine a flourishing ecosystem of innovative Twitter apps that don’t simply focus on building an alternative to Tweetbot – a daunting task at this point – but provide a unique experience that can live alongside the main, full-featured client. I’m thinking Tweet Library, also by Tweet Marker’s Manton Reece: instead of just focusing on being the perfect regular client, Tweet Library’s built-in client is functional to the app’s real feature: curating tweets and archiving them. This is the path I believe developers should strongly consider for building Twitter-connected apps: focus on APIs, services and interactions with other software. Where’s the Twitter app that integrates with Evernote and lets you annotate tweets? Where is the app to run, manage and archive online polls exclusively via Twitter? Where’s the service that lets you use your custom vanity URL and get beautiful, real-time, reliable click analytics instead of the ugly mess that’s HootSuite?

You see where I’m getting at – I believe developers are (obviously) completely free of investing their time and resources into competing with Tweetbot, but on the other hand I don’t think focusing on other aspects of Twitter means admitting defeat. It’s easy to say “Tweetbot won” or “Twitterrific is the best” when, really, the story is much more complex than that and also goes back to a company that has shown a “peculiar” approach to guiding its own third-party developers.

Will we ever go back to the Birdfeed and Tweetie era? I don’t think so. Twitter is now integrated in iOS 5 and seeing massive growth because of it, thus justifying the prospect of creating an app “for power users” even less. Yet I can’t help but think about a time, not too distant from now, when the power users will finally settle on a single solution for their power-hungry needs, and let other developers innovate atop of the Twitter platform in disruptive new ways. The ideas, devices, APIs and users are waiting.