App of the Year

When I decided to move back to Apple’s Reminders as my task manager earlier this year, I quickly realized the stock Reminders app wasn’t going to scale to bigger projects such as my iOS 12 review and iPad Diaries series. Fortunately, I came across GoodTask, a masterful blend of power-user task management features and the inherent simplicity of Reminders. Created with the goal to offer a better Reminders app to iOS users, GoodTask strikes a rare balance of combining power-user functionalities (such as smart lists, themes, and customizable Siri shortcuts) with deep system integration provided by the Reminders framework and background iCloud sync.

GoodTask has helped me make sense of the busiest moments of the past year, and it’s the kind of ingenious app that reminds us (no pun intended) why it’s important to support and celebrate indie developers and their wild, risky, useful ideas. For these reasons, and thanks to its superb integration with Reminders on iOS, GoodTask is my 2018 App of the Year.

A remarkable example of what third-party developers can create with the right idea for a pro iOS app, a sustainable business model, and respect for modern iOS technologies and conventions. Working Copy continues to be one of my essential apps to get work done on iOS.

Don’t overlook what iA has accomplished with this text editor. iA Writer is a full-featured Markdown text editor with beautiful (and painstakingly crafted) typographic choices and integration with native iOS APIs that are often ignored by other apps, such as ‘Open in Place’ and iCloud versions. One of my favorite surprises this year.

A reimagined Evernote with support for iCloud, iOS automation, rich text and Markdown notes and, more importantly, desktop features such as saved searches and full-text search. I’m glad I switched to Keep It before the summer, and I’m looking forward to major updates in 2019. 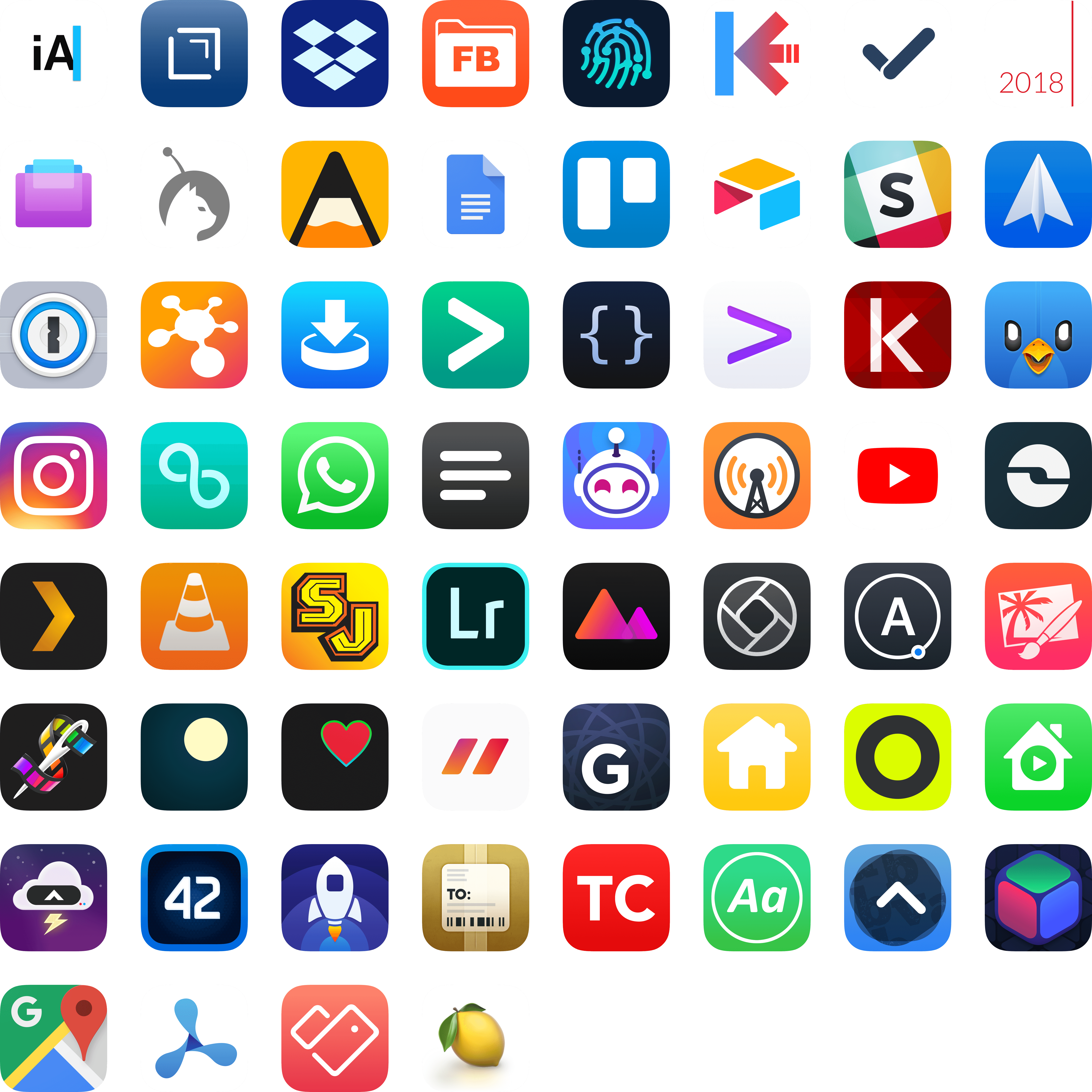 I concluded last year’s roundup with an optimistic take on Apple’s then-unknown rethinking of Workflow. That wish paid off with Shortcuts, which, as has been clear from my coverage since September, has allowed me to incorporate more utility apps into Shortcuts as features. Looking ahead at 2019 and the next WWDC, I fully expect Shortcuts to continue growing and assimilate more functionalities that are still part of apps included in this collection today.

What I got wrong last year, and which I’m therefore deferring until iOS 13, was the lack of meaningful software enhancements for iPad and iOS productivity in general.

By and large, iOS 12 was a consumer-oriented release, one focused around improvements to photography, communications apps, and stability – with the exception of the Shortcuts framework. As far as the iPad Pro is concerned, it is abundantly clear that the latest hardware is one step ahead of its underlying software platform. By this time next year, I expect iOS for iPad to sport drastic improvements to file management and multitasking; it’ll be interesting to see the effect a more powerful iOS will have on the third-party app ecosystem, and if I’ll find myself using fewer apps, more pro tools, or perhaps new and different apps that are impossible to imagine right now.

As always, let’s check back in a year.