Ten years is a long time on the Internet. So many companies have come and gone in that time, making it worth considering what it is about MacStories that has endured.

Having worked with Federico for roughly a third of that time, I can’t claim to be objective, but before I joined the team, I was a long-time reader of MacStories and a developer who pitched an app to Federico. That’s given me a perspective on MacStories that goes beyond my current role, so it will probably surprise no one that I have a few thoughts on the matter.

The first clue to MacStories’ longevity is right there in the name. MacStories is about more than just tech specs and feature lists; it’s about stories. Sometimes those stories are about the people who make apps, but frequently they’re about how we use apps ourselves and feel they’d be useful to readers.

Too often, technology is divorced from how it’s used. I’ve always been most interested in the story behind who made an app, why it was made, and what I can accomplish with it. It’s easy to break down an app and explain what it does, but understanding its significance and how it amplifies individual creativity is something entirely different. It adds context and a perspective on the creator and their creation that’s too frequently missing from tech writing.

It’s an approach that you can see take shape in Federico’s earliest writing on MacStories, but is most evident since he moved his writing and most of his other work to the iPad. That’s no accident. As Federico explained in the interview we published on AppStories earlier this week, writing provided him with an outlet and focus that helped him get through chemotherapy after he was diagnosed with cancer. His MacBook Air was too cumbersome to use from a hospital bed, so he moved to an iPad mini.

Federico’s review of Editorial, along with his thoughts on using the iPad mini to create content for MacStories and his review of the mini, are some of the best examples of the stories published during that transformative period that helped bring his and MacStories’ approach to technology into sharper focus. Today, it’s an approach that informs everything we do. We’re a team of individuals each of whom has their own interests and views, but it’s our collective approach to stories that gives MacStories the singular voice that resonates with readers.

Of course, the other explanation for MacStories’ resilience that shouldn’t be overlooked is also the simplest and most obvious: old-fashioned hard work. I’ve never met someone who works as hard and cares as much about everything he does and the people around him as Federico. His enthusiasm and excitement about projects and his concern for readers and others are infectious and the fuel that drives us forward as a group.

Ultimately, that’s what drew me in. Not long ago, I ran across a note I made at the end of 2015, which was about a month after I started writing at MacStories. Federico had invited me to continue contributing to the site, and as I thought about what that would mean for 2016, I set a goal for myself of writing 25 stories. It was funny to read that note now because looking back, I wrote more than 25 stories most months as I quickly realized how much I love writing at MacStories.

My experience that first year also caused me to realize that things at my old job were even more broken than I’d realized. I redoubled my efforts to get out, and with the help of Federico and MacStories, I finally did in late 2017. I don’t look back at my former career much anymore because I don’t have a reason to do so, except as a reminder of the enormous positive difference that joining MacStories has made in my life.

Over three years, I’ve learned a tremendous amount from Federico. Few native English-speakers I know write as well as he does, and his example has made me a much better writer. That’s only a fraction of the impact Federico’s had on me in the time we’ve worked together, but what I value most of all is our friendship. 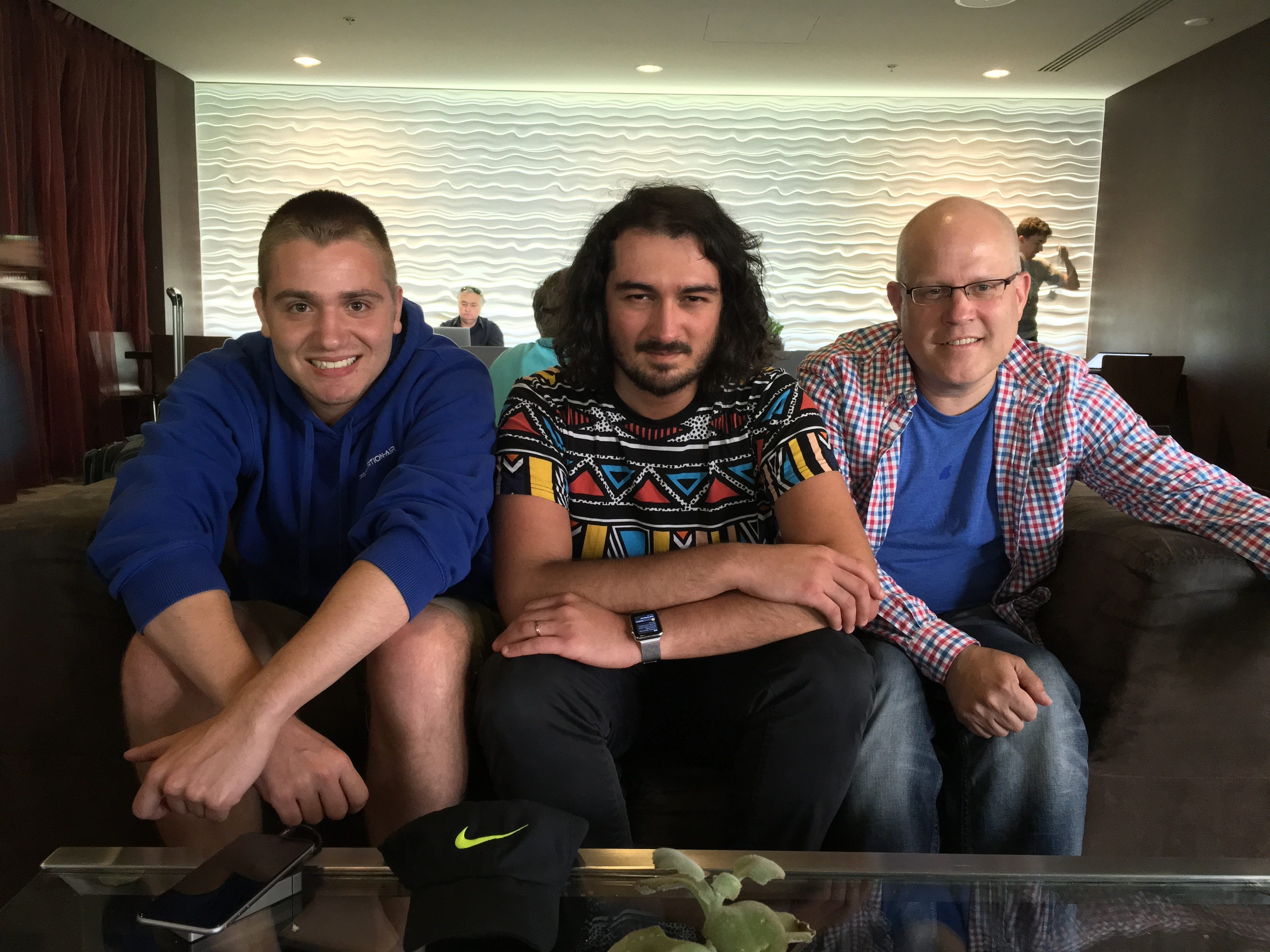 Federico and I had been working together for about six months when we first met in the lobby of the Parc 55 at WWDC in 2016. I was admittedly a little nervous. What if it was weird, and we didn’t hit it off? Of course, we did, and by the end of the week, we were plotting the rough outline of what would become AppStories, but at the time I don’t think either of us had any idea how it would go. Distance prevents us from getting together as much as I’d like, but the same web magic that holds the far-flung MacStories team together also provides the continuity that allows us to pick up where we left off when we do get together, regardless of how long it’s been.

As MacStories’ first ten years come to a close, the site, the Club, and AppStories all stand on a firm footing in no small measure because of Federico’s tireless work for the past decade. Now, we’re plotting the future, which makes it feel like we’re back at the beginning despite the passage of time. We have multiple projects in the pipeline that we’re excited about, and hope will lay the groundwork for the next ten years. We’re also fortunate to have the perfect team to bring them to life. Best of all though, I can’t imagine doing anything else.