We were lucky enough to get a beautiful sunny day with no clouds last week, and took advantage of it to take a morning tour of Rome with our dogs and visit a few other landmarks. We started in Piazza di Spagna, where the iconic Spanish Steps provided some cool perspective opportunities. This is where the ultra-wide camera shines – plenty of light (resulting in a crisp image) and an obelisk at the top of a long stairway (174 steps in total): 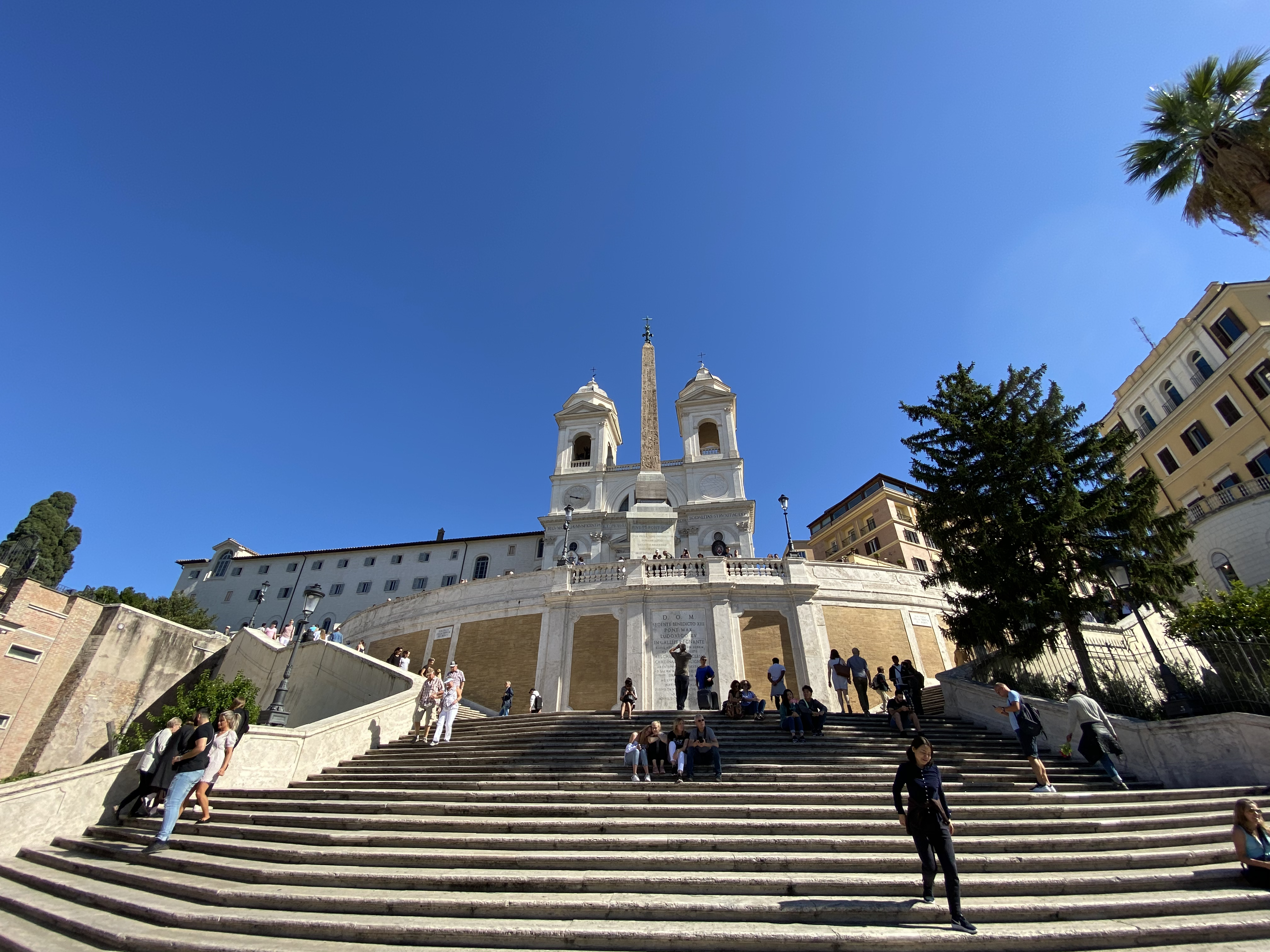 The same approach works in reverse too: from the top of the steps and overlooking the piazza with the ultra-wide camera, we get an intriguing perspective of Bernini’s Fontana della Barcaccia and the hyper-fashionable Via dei Condotti: 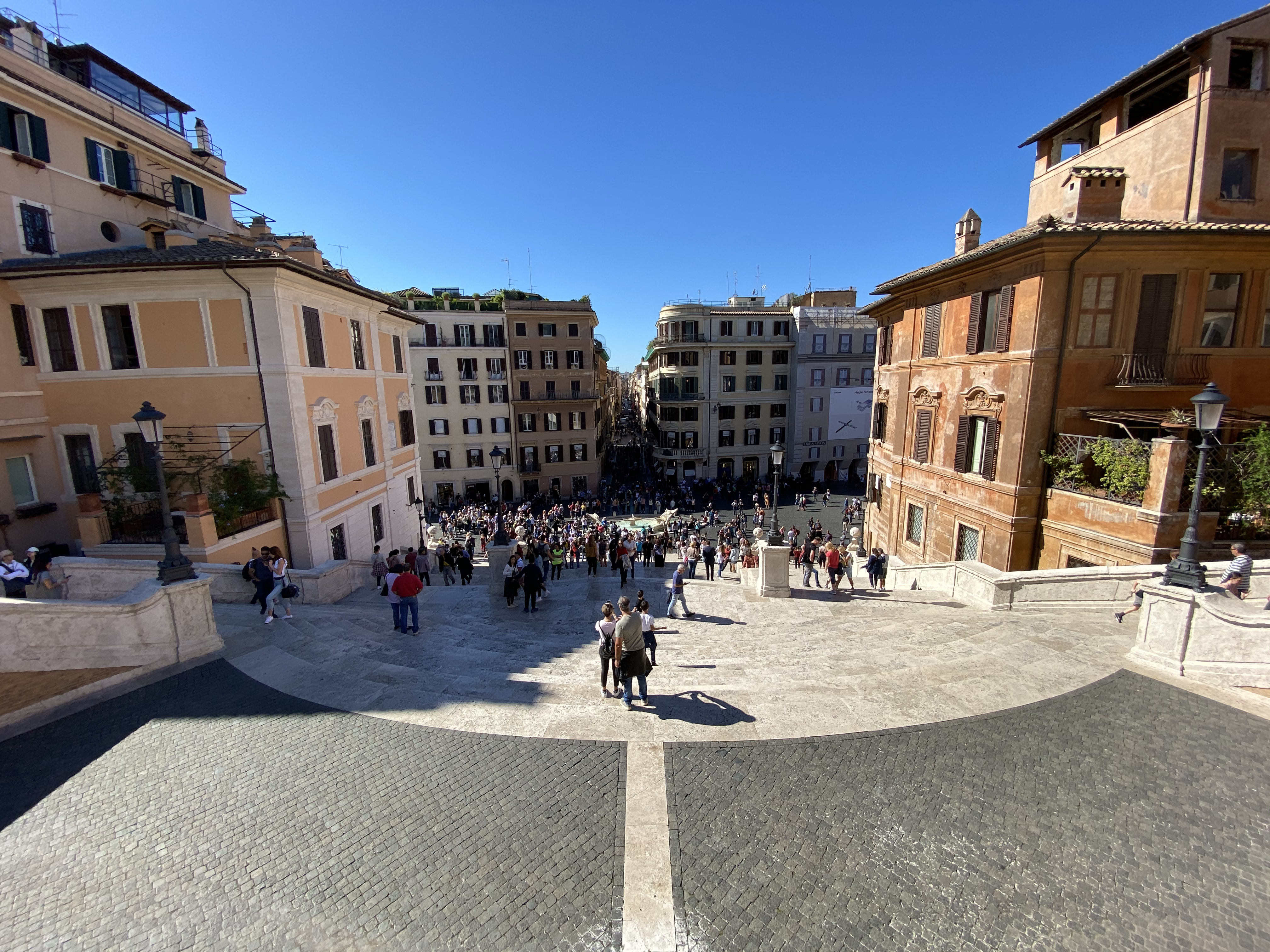 And yes, both Zelda and Ginger approved of this location: 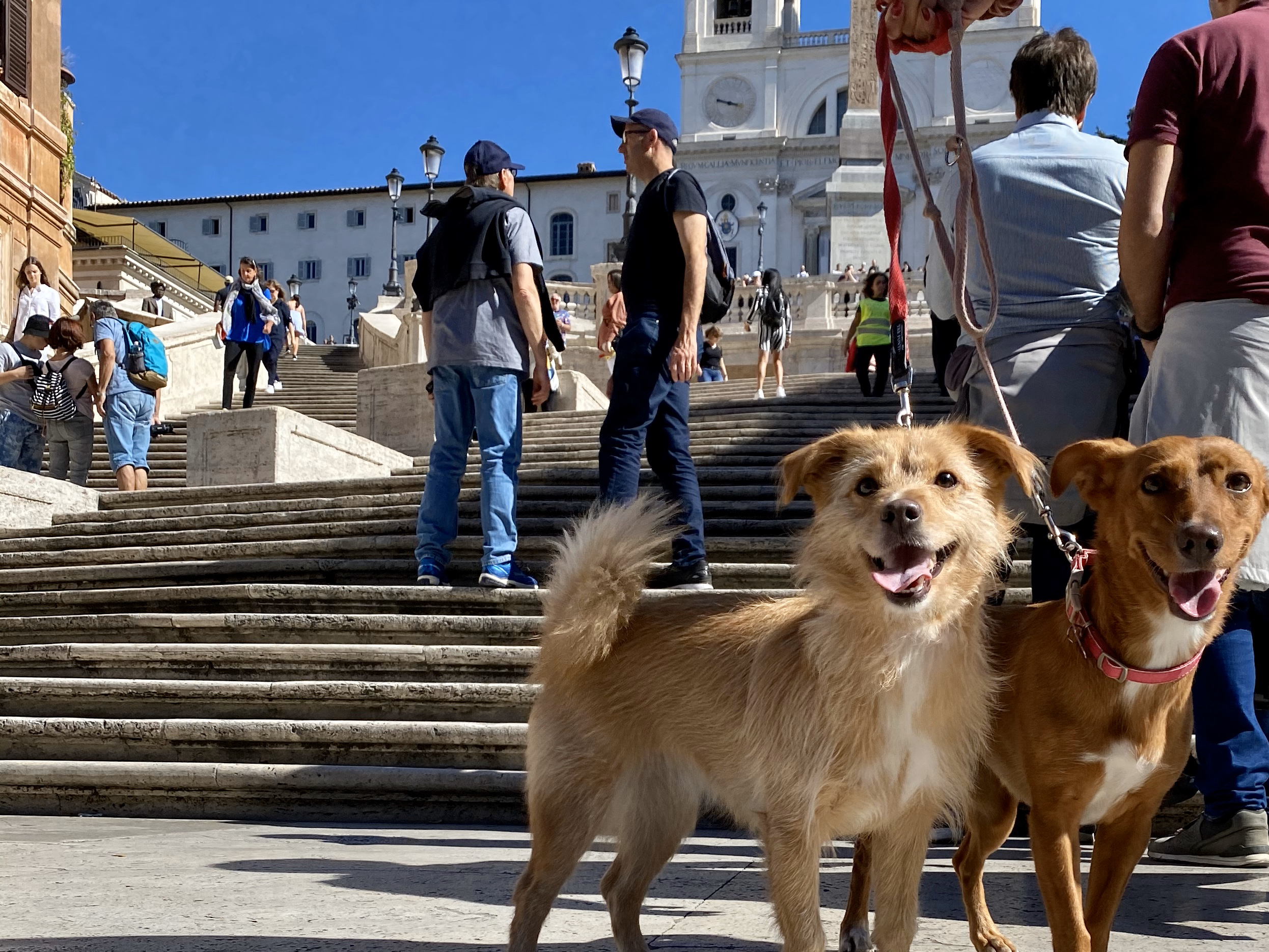 Zelda (left) and Ginger, posing for MacStories on the Spanish Steps, wide camera.

Obviously, the telephoto camera benefitted from the great weather conditions too. On our way to the Pincian Hill, I snapped this photo with the telephoto lens: 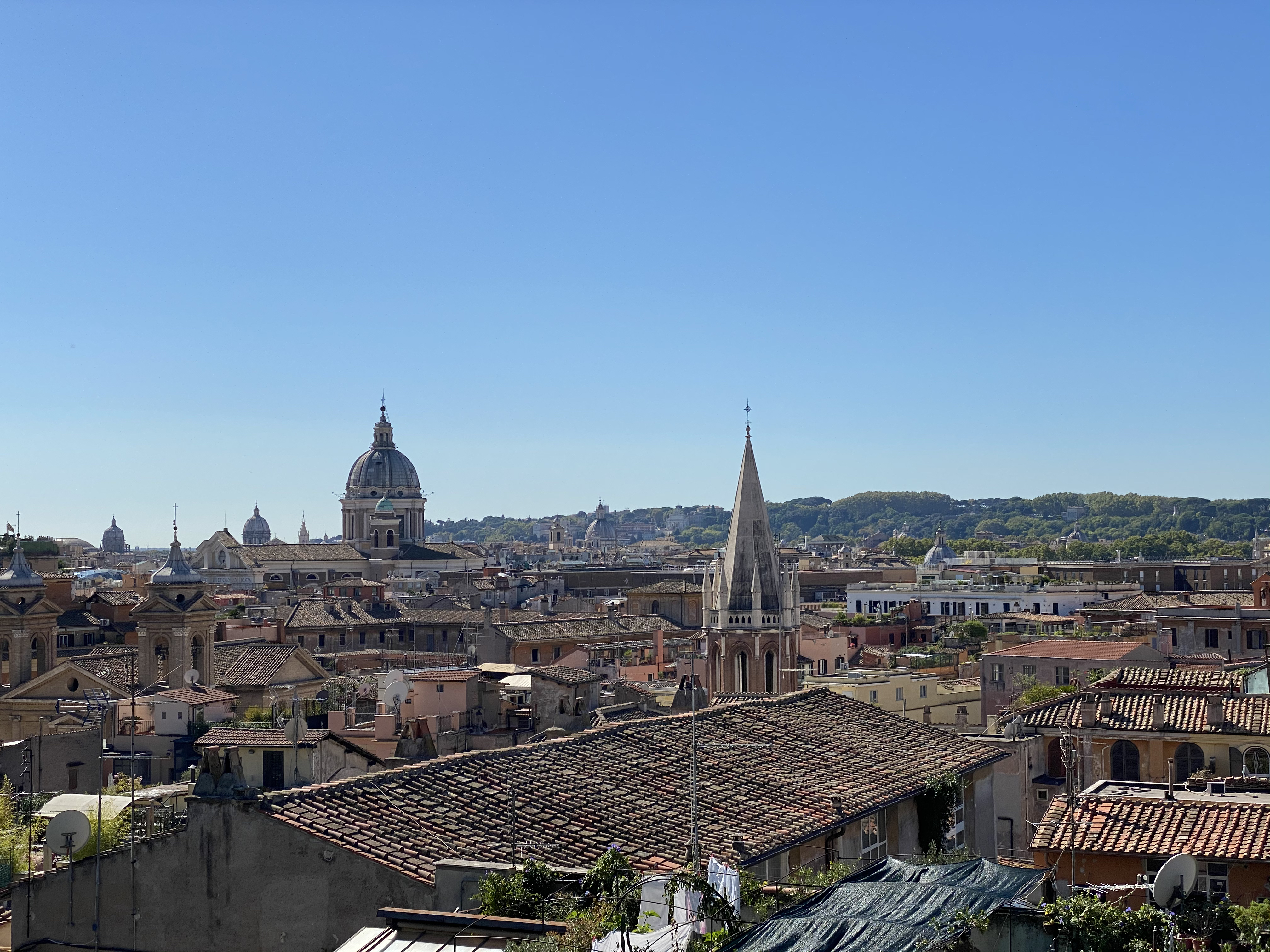 Rome from above, telephoto camera.

Once we reached the Pincian Hill, the view from the balcony overlooking Piazza del Popolo (and its Egyptian obelisk) was simply breathtaking. I’ve been living in Rome for six years, but it was my first time visiting the Pincio gardens during the day. I had a feeling the balcony’s famous vantage point was going to be ideal to test the triple-camera system’s perspective of the obelisk in the center of the piazza, and I was not disappointed: 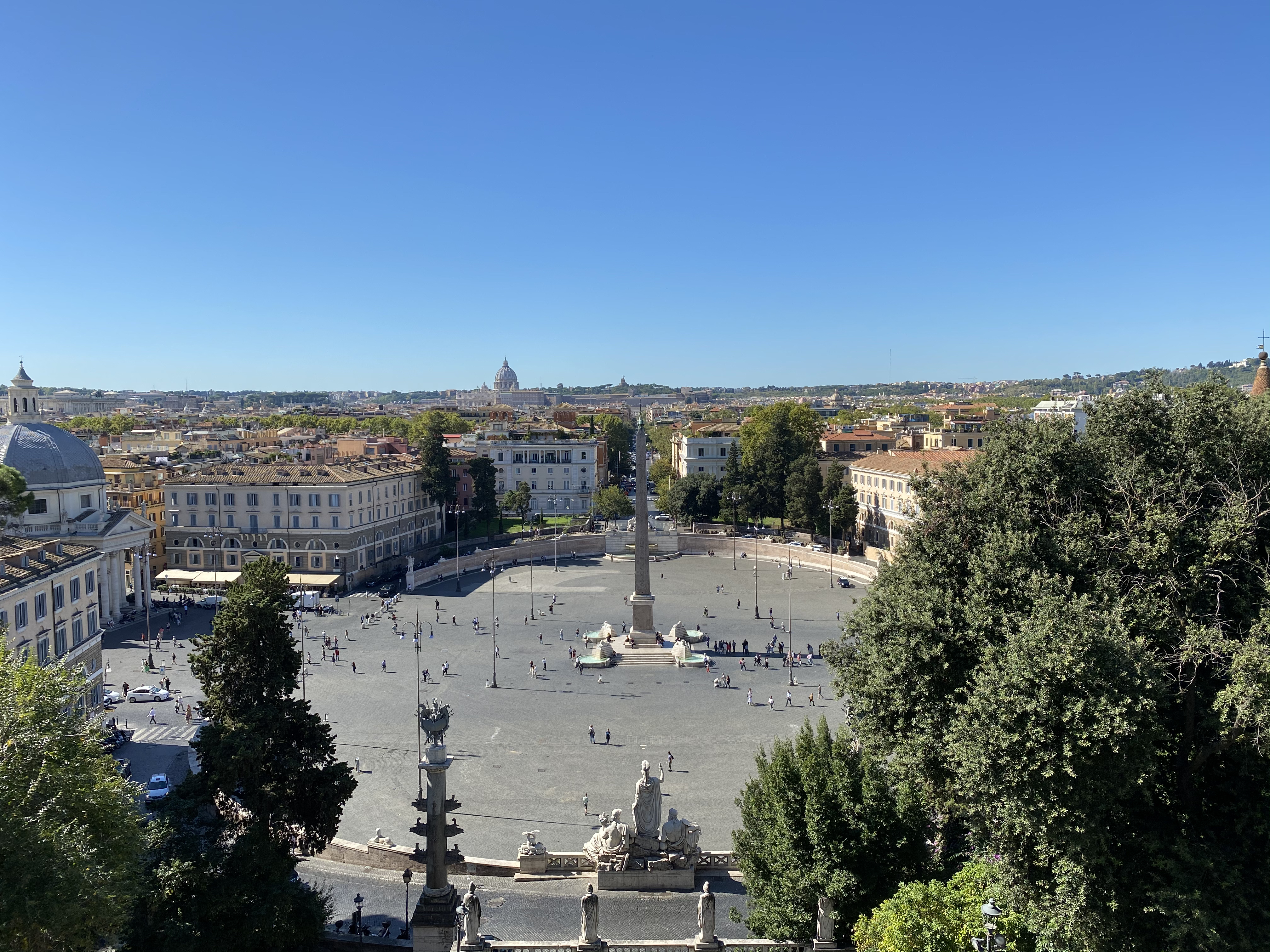 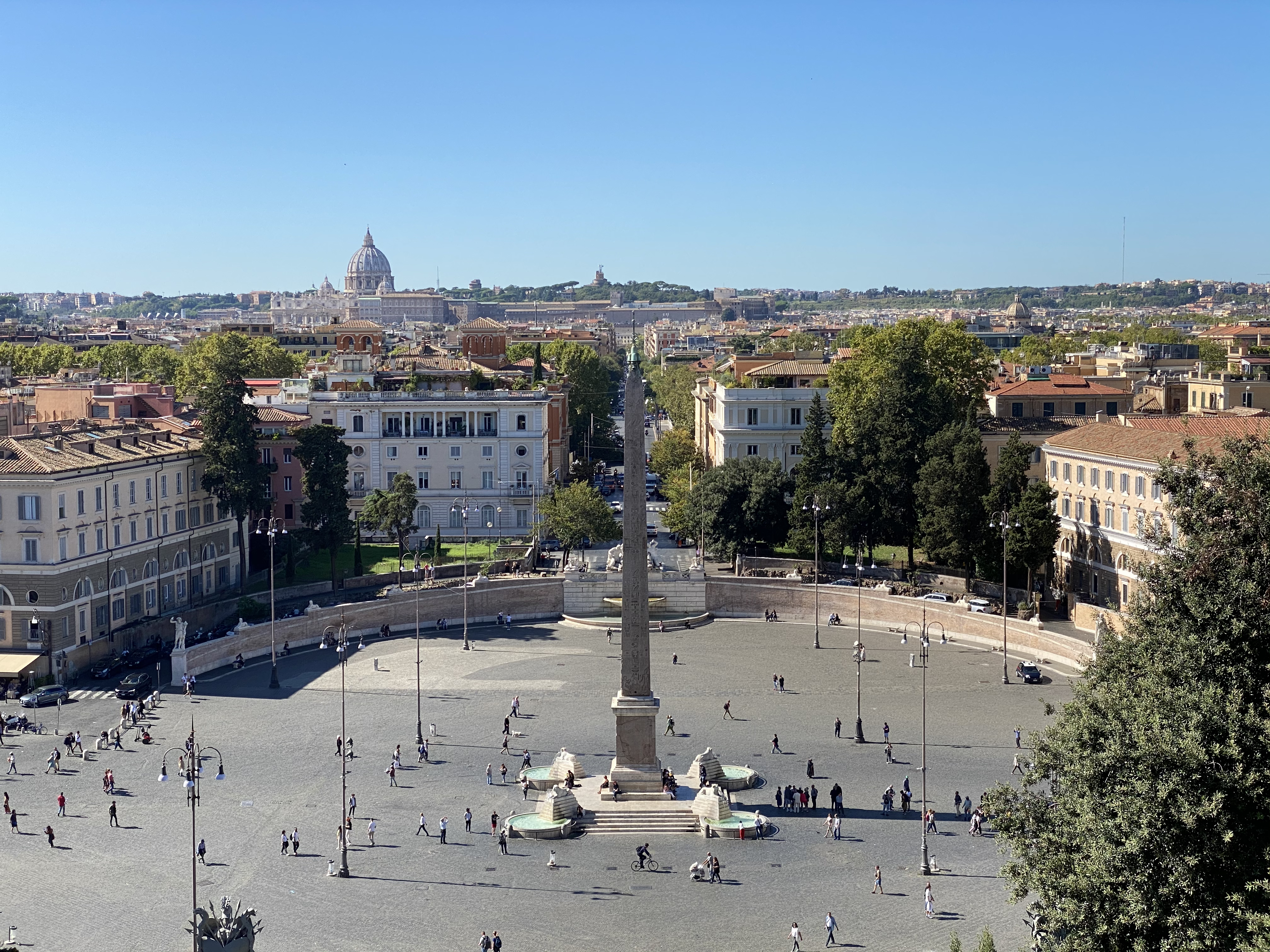 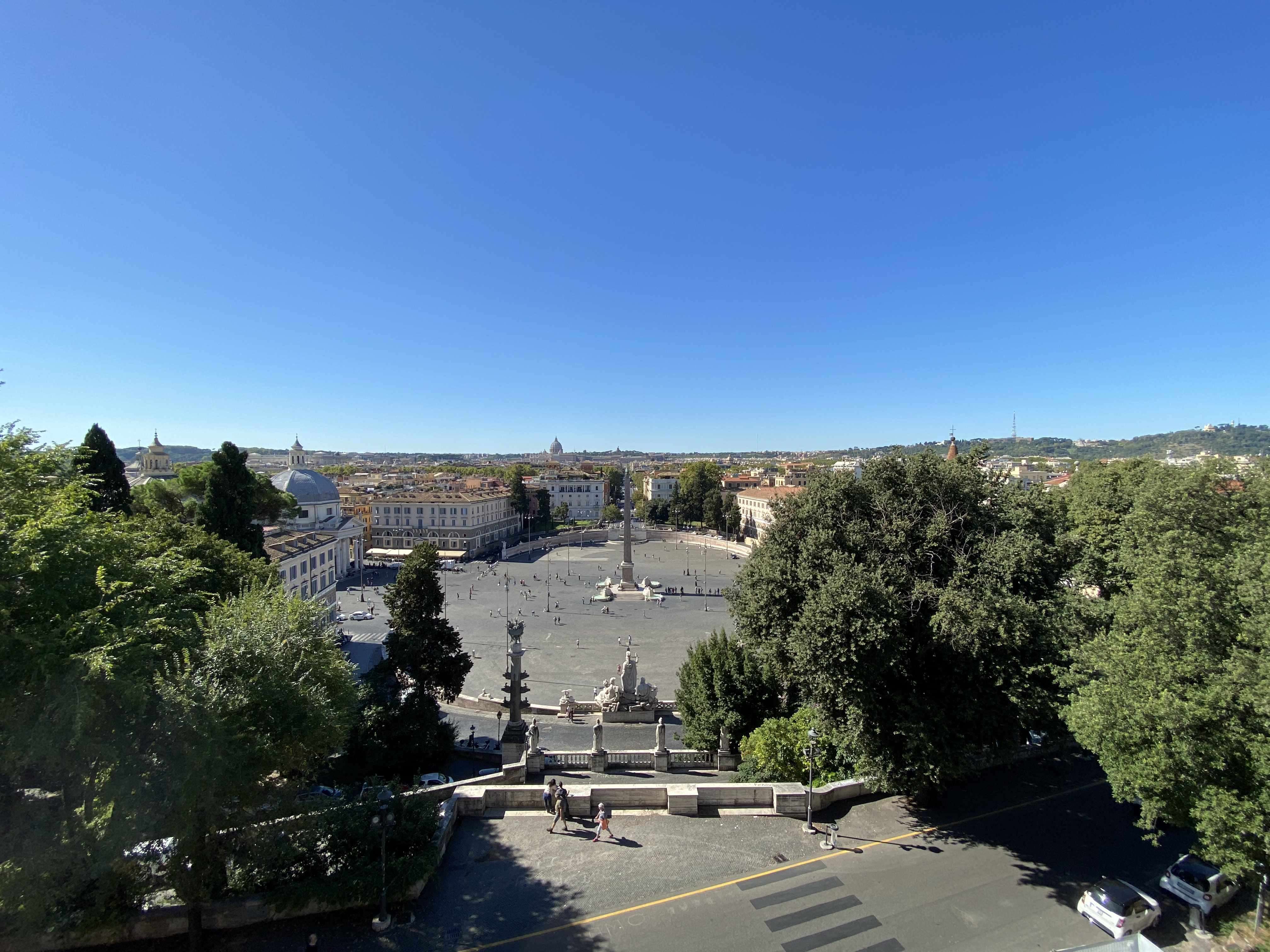 I’ve never owned a DSLR, let alone one with an ultra-wide lens, and I find it incredible how the iPhone’s ultra-wide camera can capture more of the same scene without having to physically step backwards. The following ultra-wide shot of the Trevi Fountain demonstrates it well, particularly when compared to the wide camera capture from the previous page: 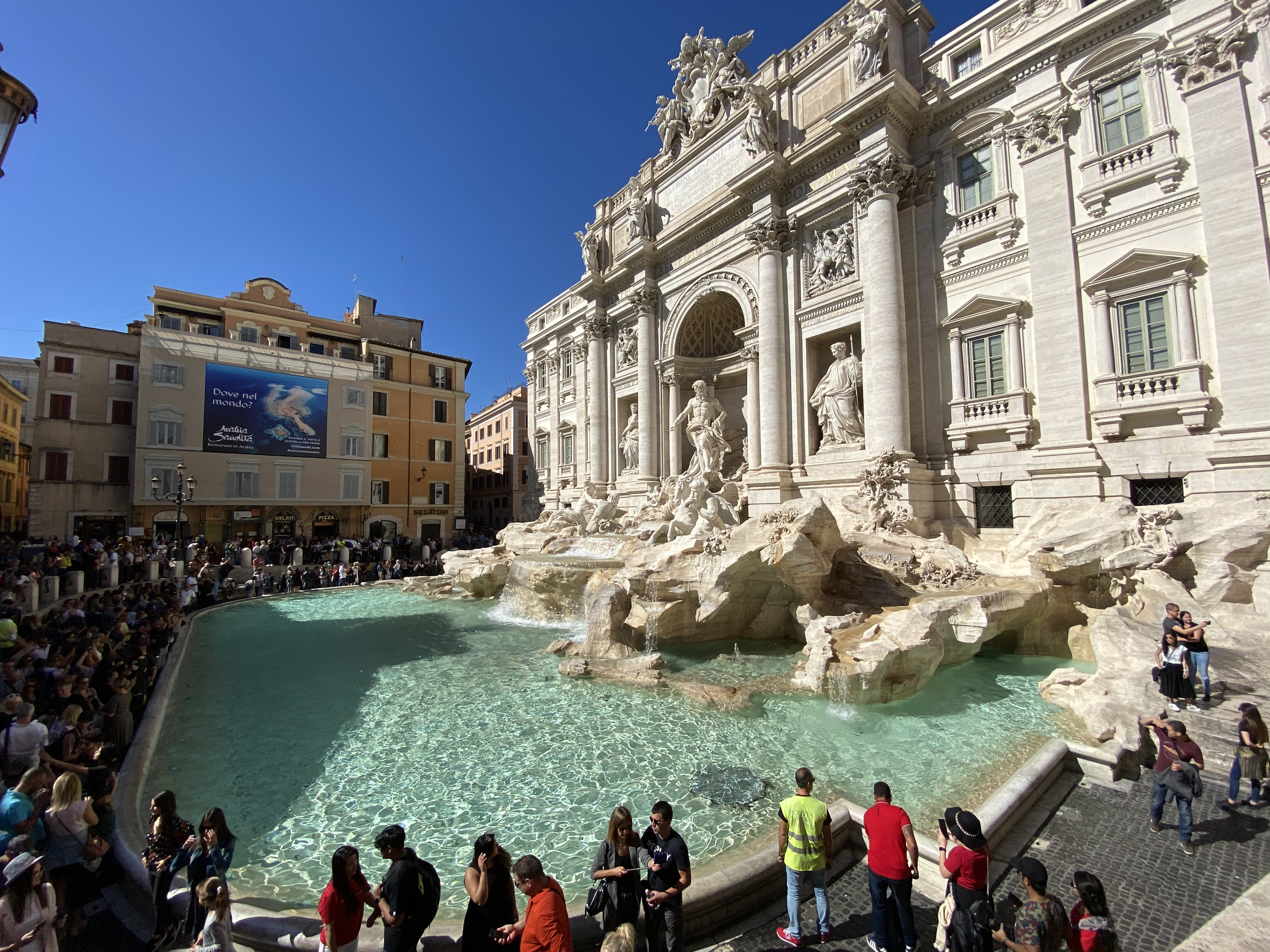 I’ve found that large open spaces compensate well for the distortion inherent to the ultra-wide lens. As I’ve said before, I prefer to use it with moderation, but when appropriate, I like the look a lot. Case in point: the Forum of Caesar, built in 46 BC in a section of the (much larger) Roman Forum, and somehow still in better shape today than certain parts of Rome: 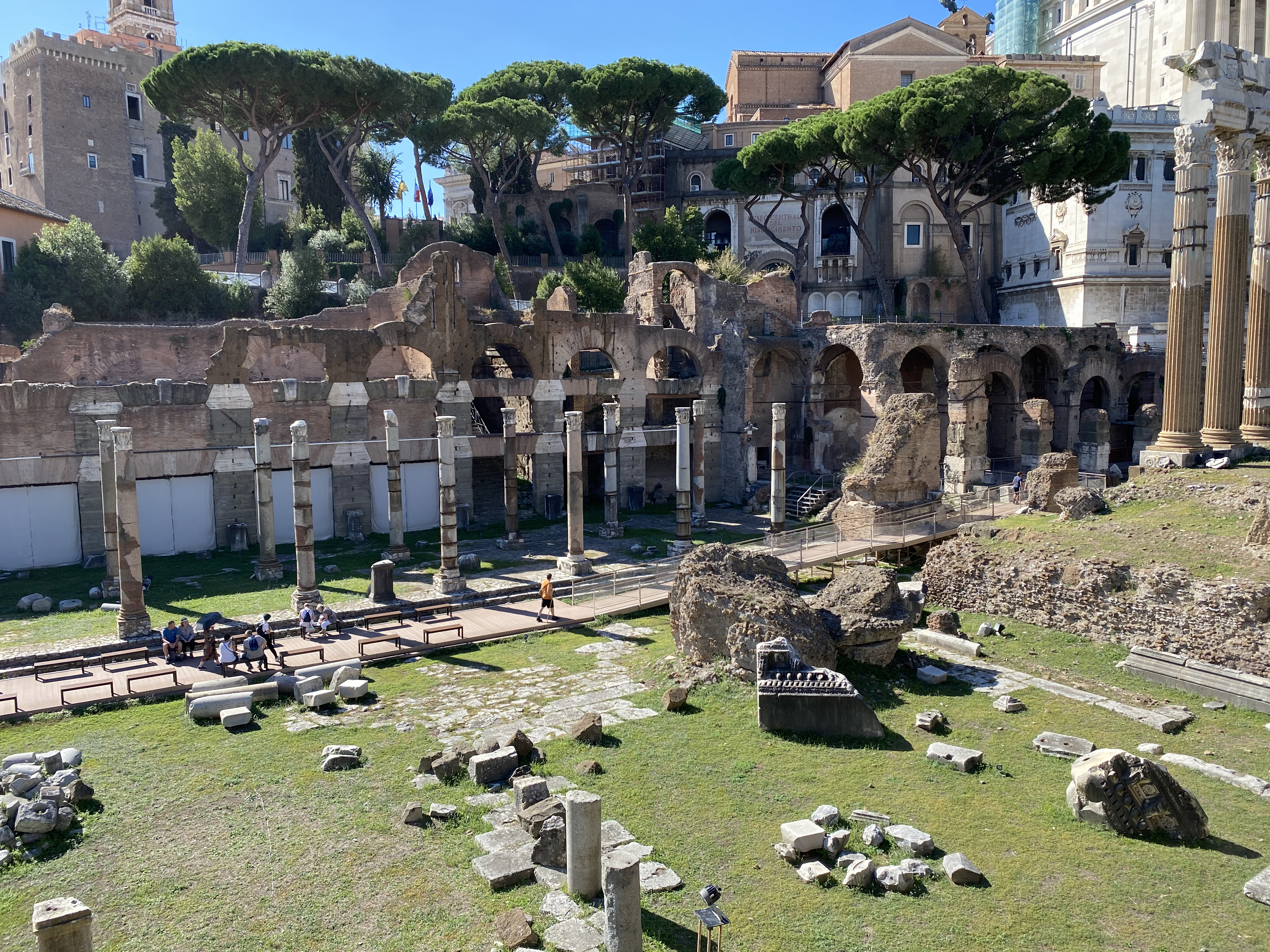 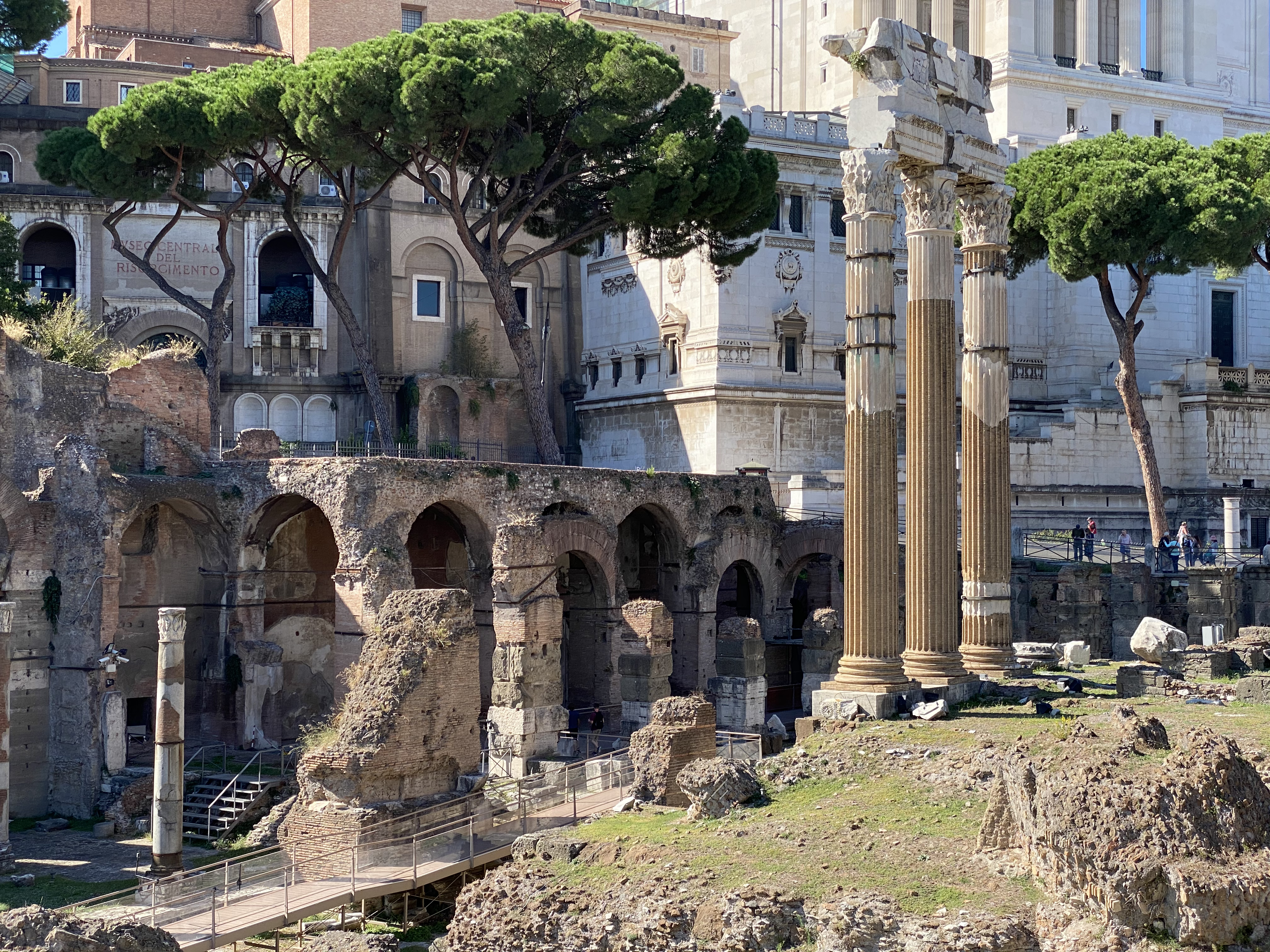 Detail of the Forum of Caesar, telephoto camera. 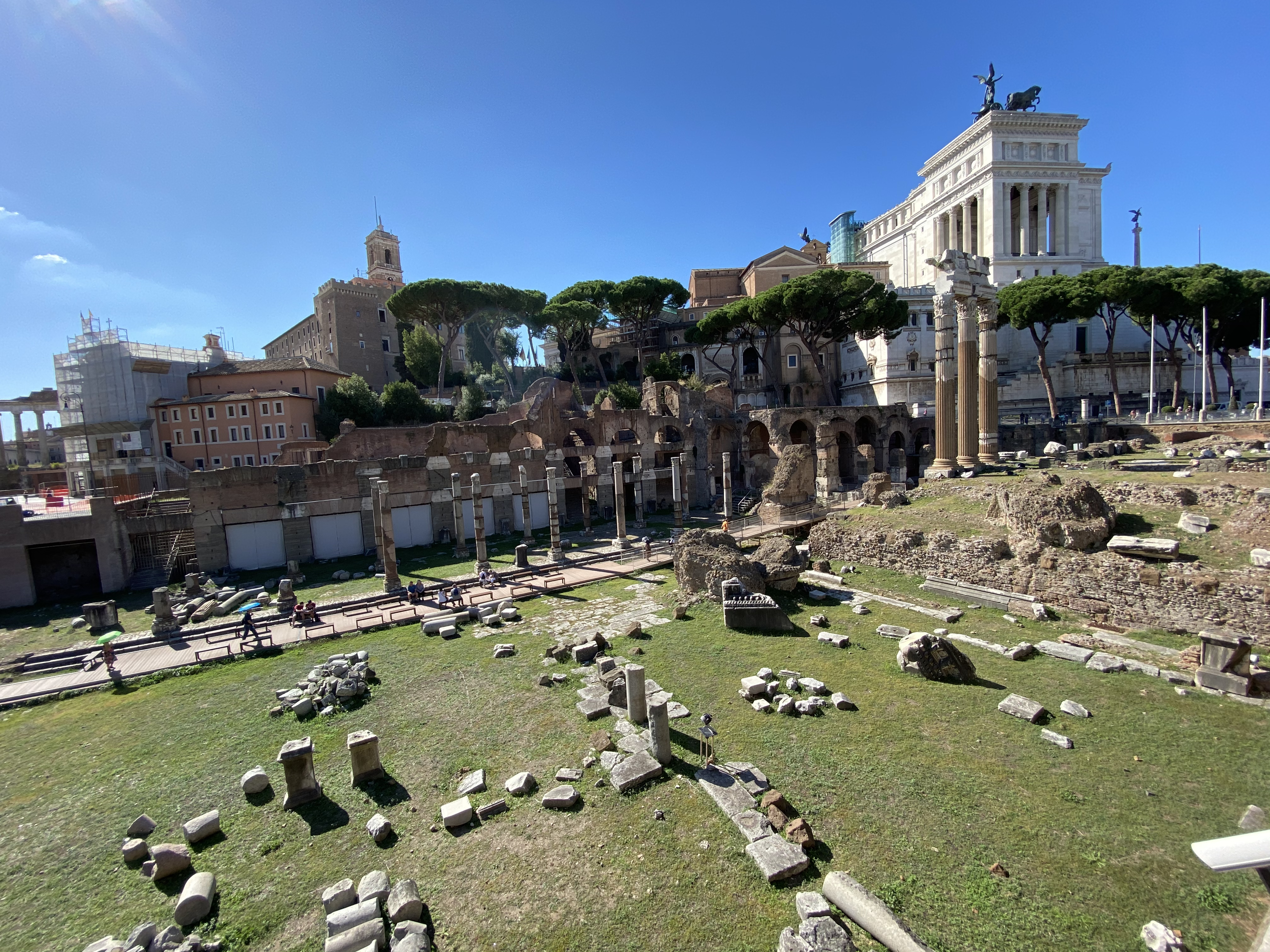 The Forum of Caesar in all its ultra-wide glory.

Compared to the iPhone XS, I feel like the iPhone 11 line produces daytime shots with higher contrast between colors and a more balanced, natural Smart HDR – a considerable improvement over the muted, sometimes pastel-like appearance of shots taken in similar conditions last year. Take a moment to appreciate the dynamic range between white/yellow stone, shadows, and the deep blue sky of this telephoto capture of the Trevi Fountain: 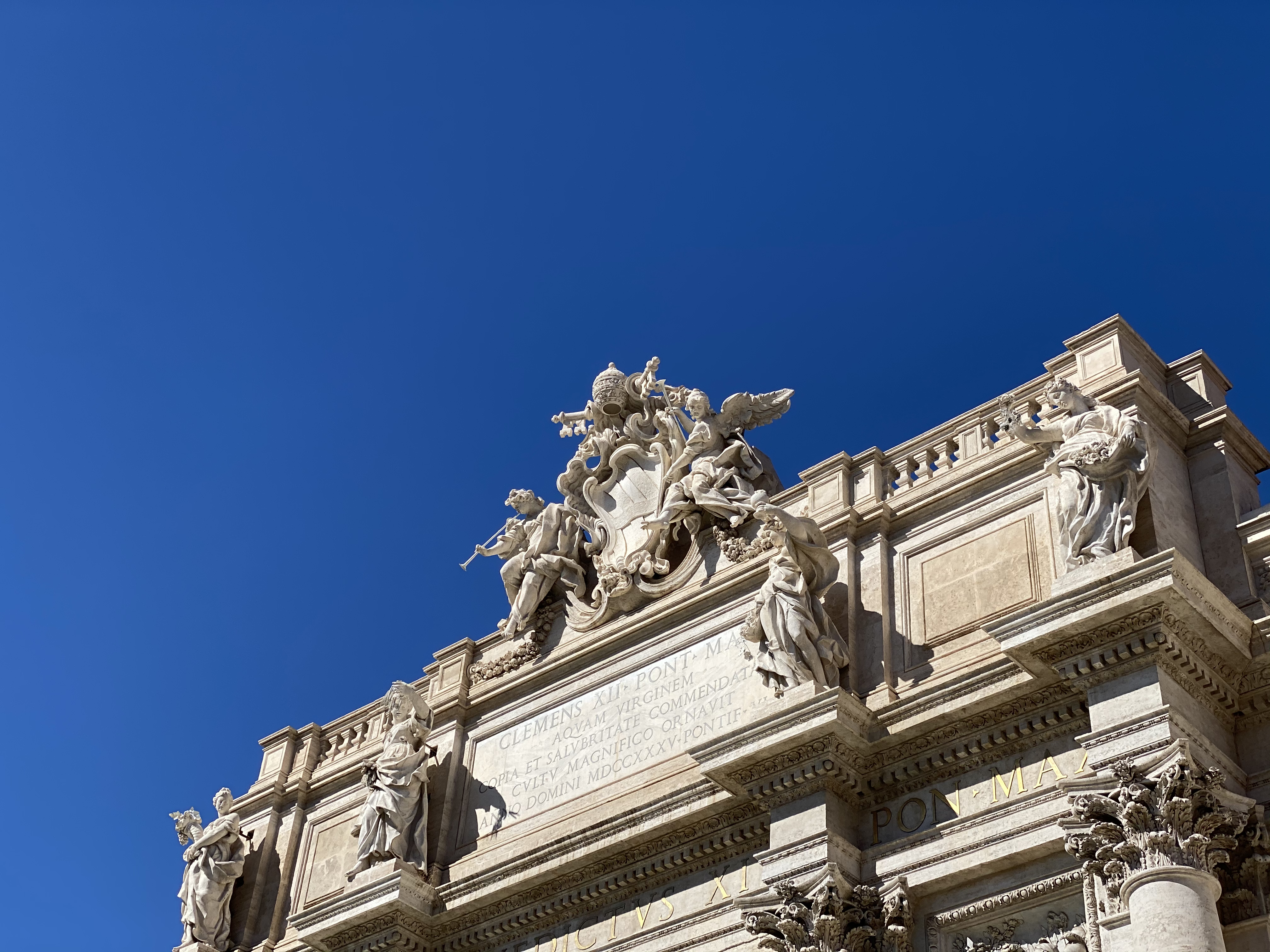 Or the vivid greens in this photo of the Arch of Constantine, the largest triumphal arch in Rome situated between the Colosseum and Palatine Hill, also taken with the telephoto camera: 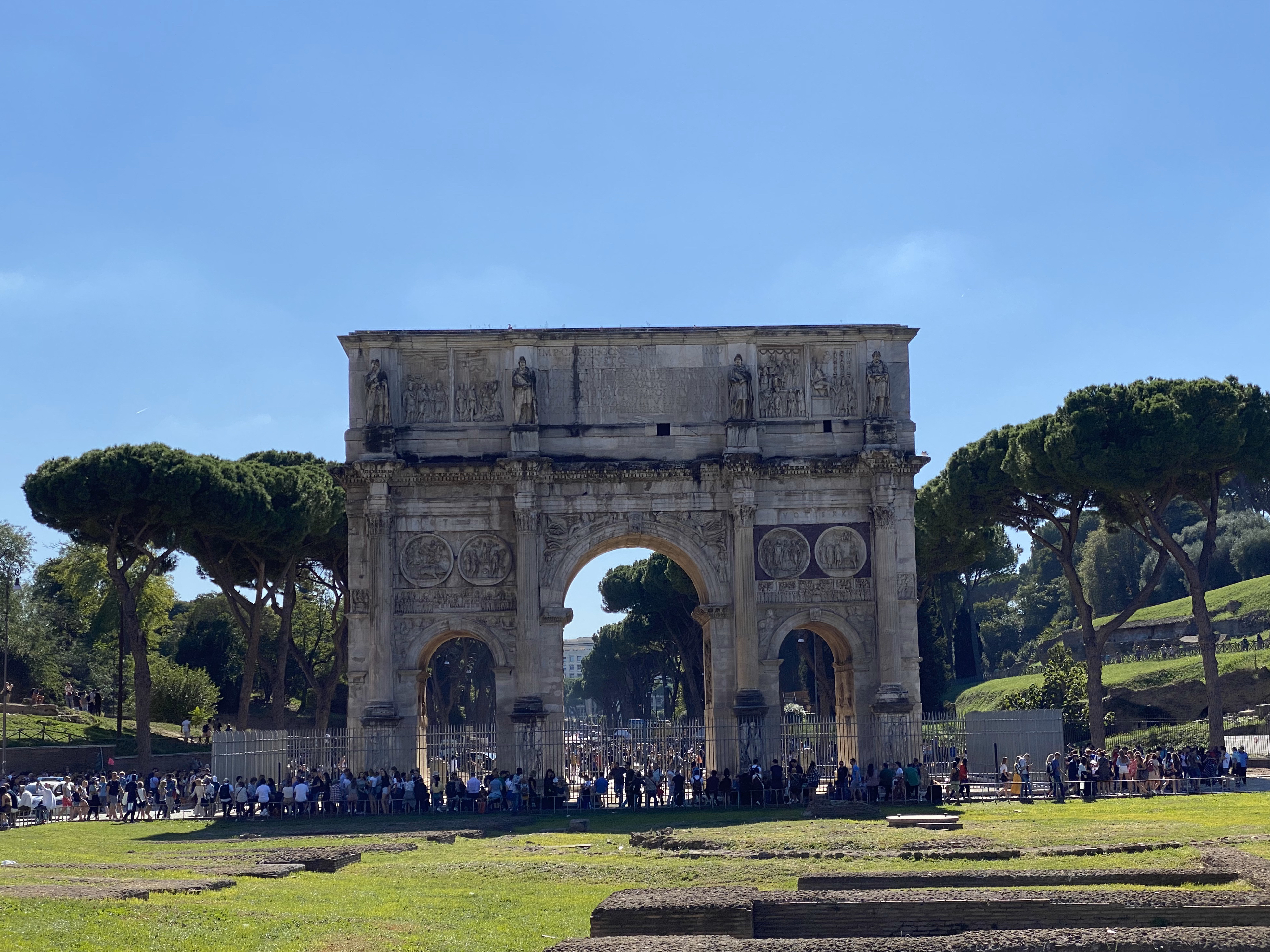 The Arch of Constantine, constructed between 312 and 315, captured with the telephoto camera.

Generally speaking, whether thanks to more light hitting the sensor, Smart HDR’s processing, or finer details assembled by Deep Fusion, I like the color balance and clarity of the iPhone 11 Pro’s camera in a way I never liked the iPhone XS’: 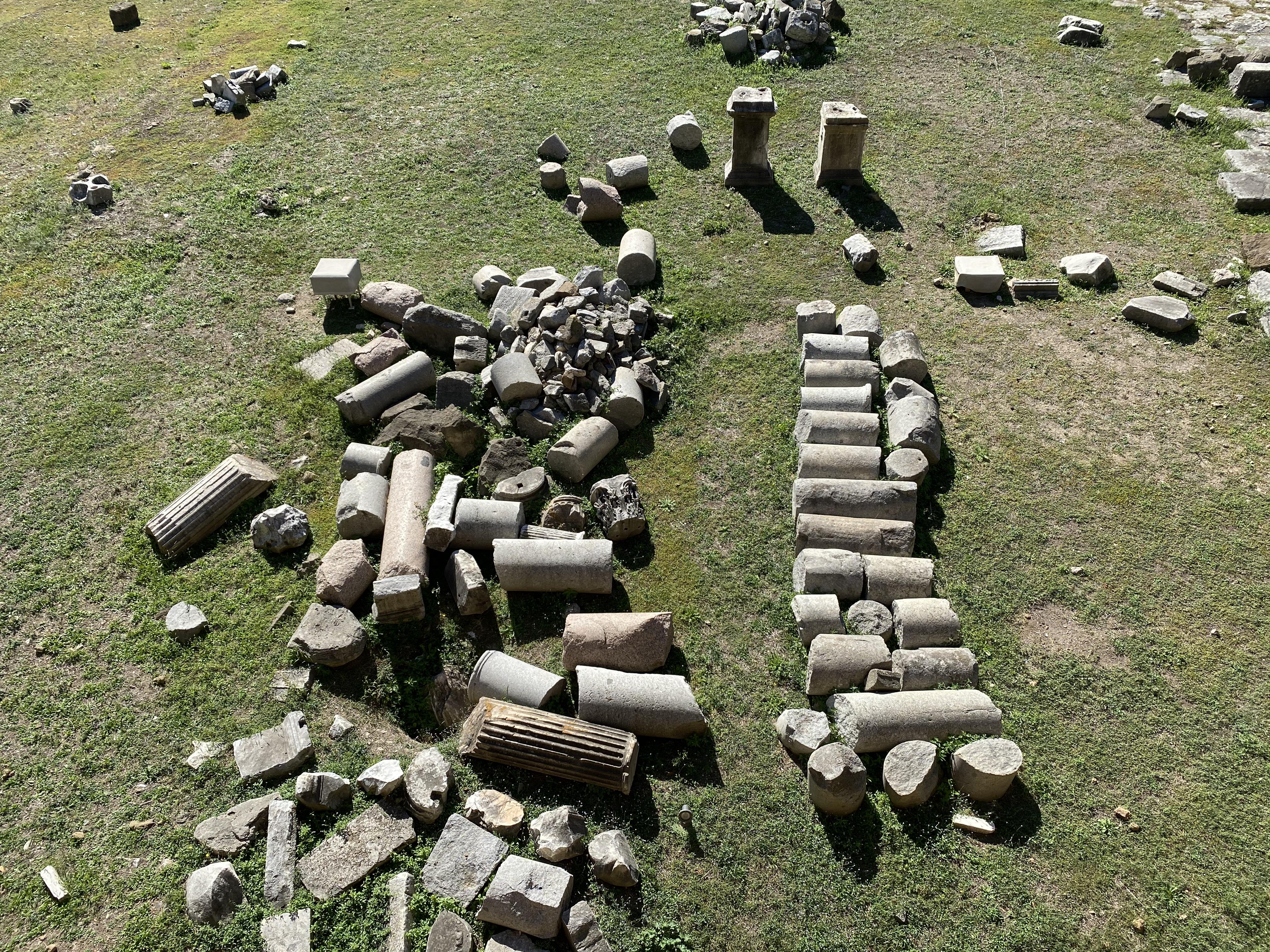 Broken columns scattered on the ground in the Roman Forum. 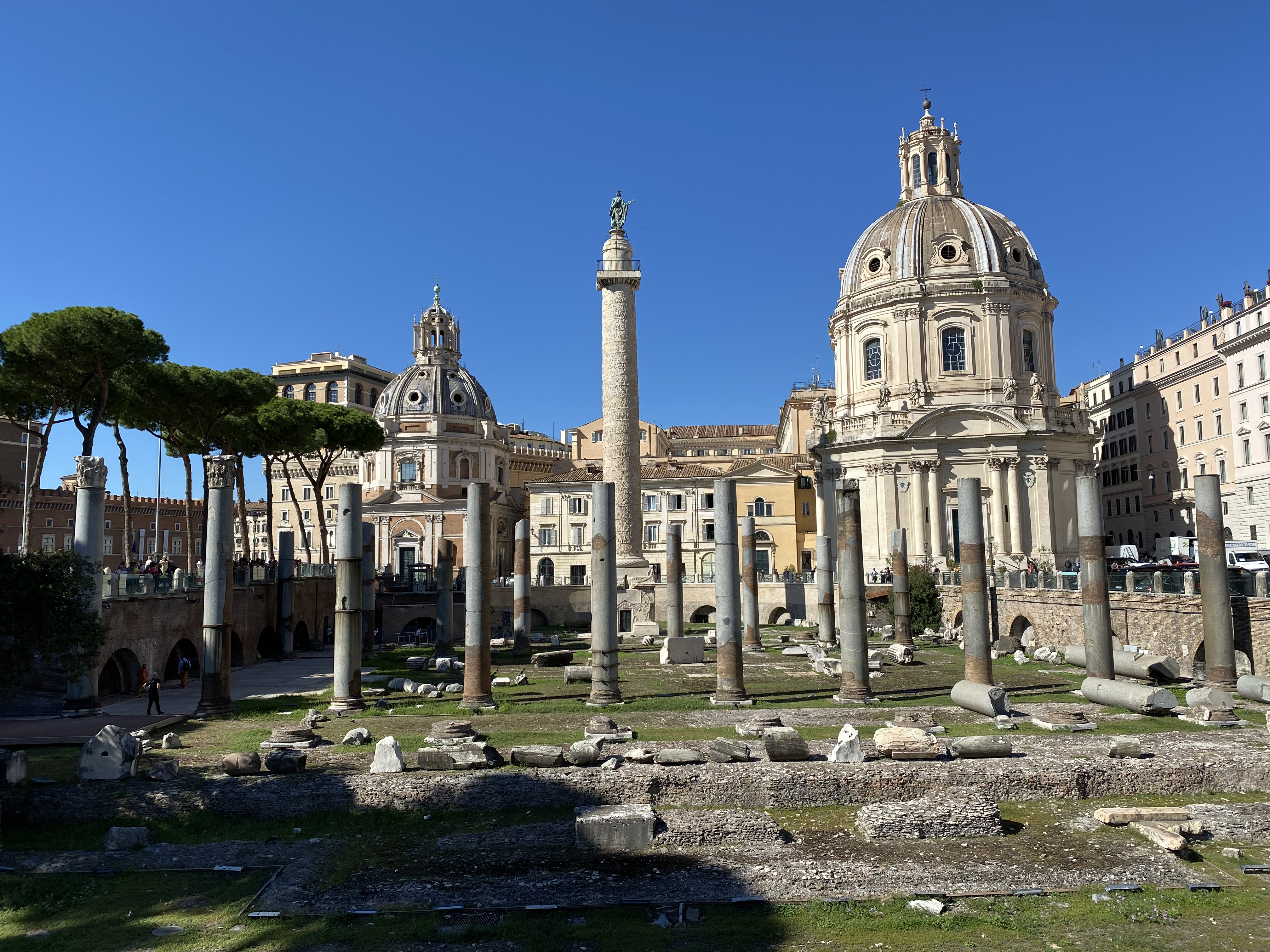 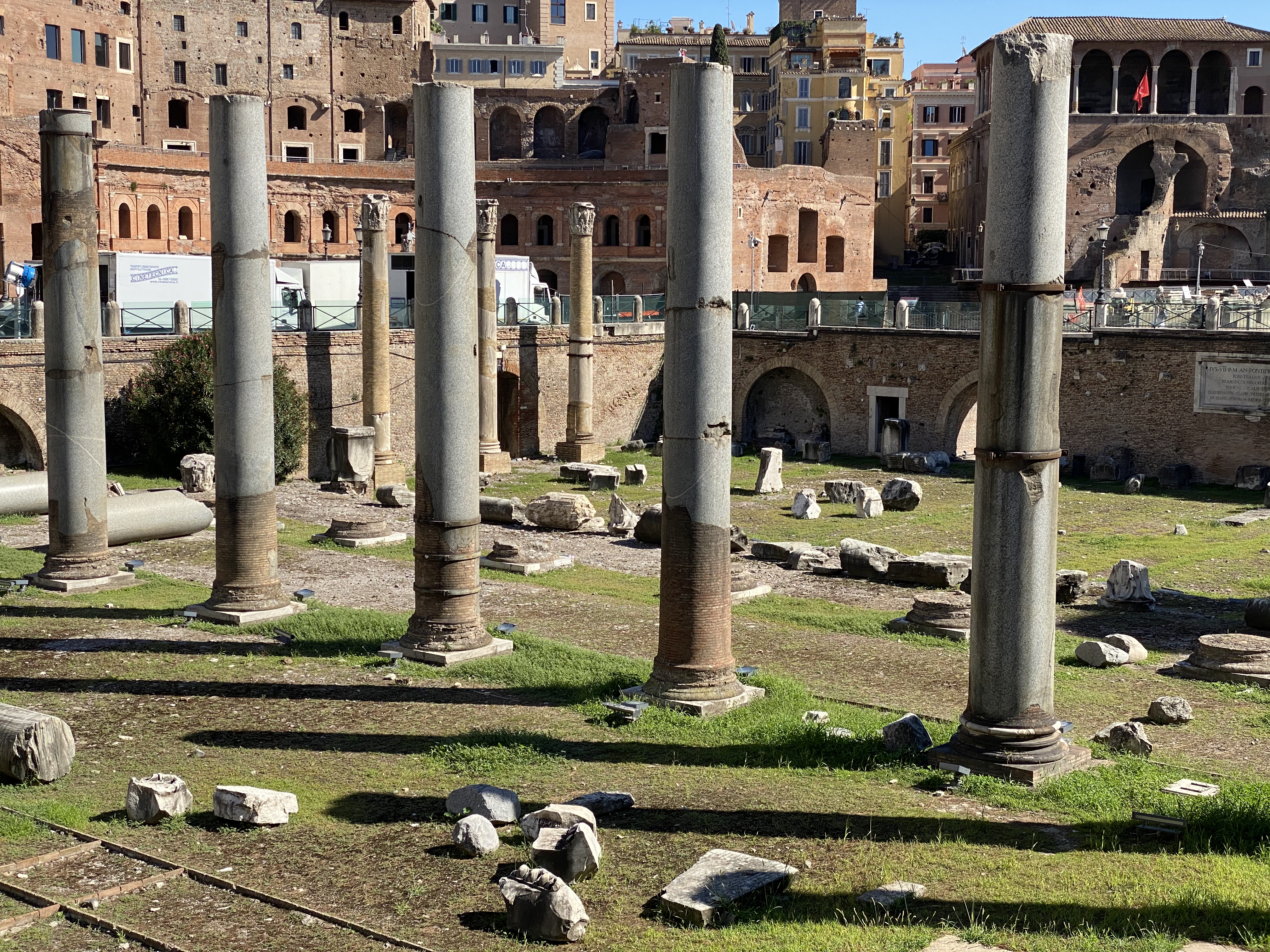 A different angle of Trajan’s Forum, taken with the telephoto camera.

We’ve seen ruins of the Roman Empire, we’ve seen fountains, monuments, arches, bridges and obelisks – I couldn’t possibly conclude this photographic tour without at least one pasta photo. So let’s round it all up with some pasta alla gricia, typical of Rome, originated around 400 AD, and captured with Deep Fusion in 2019: 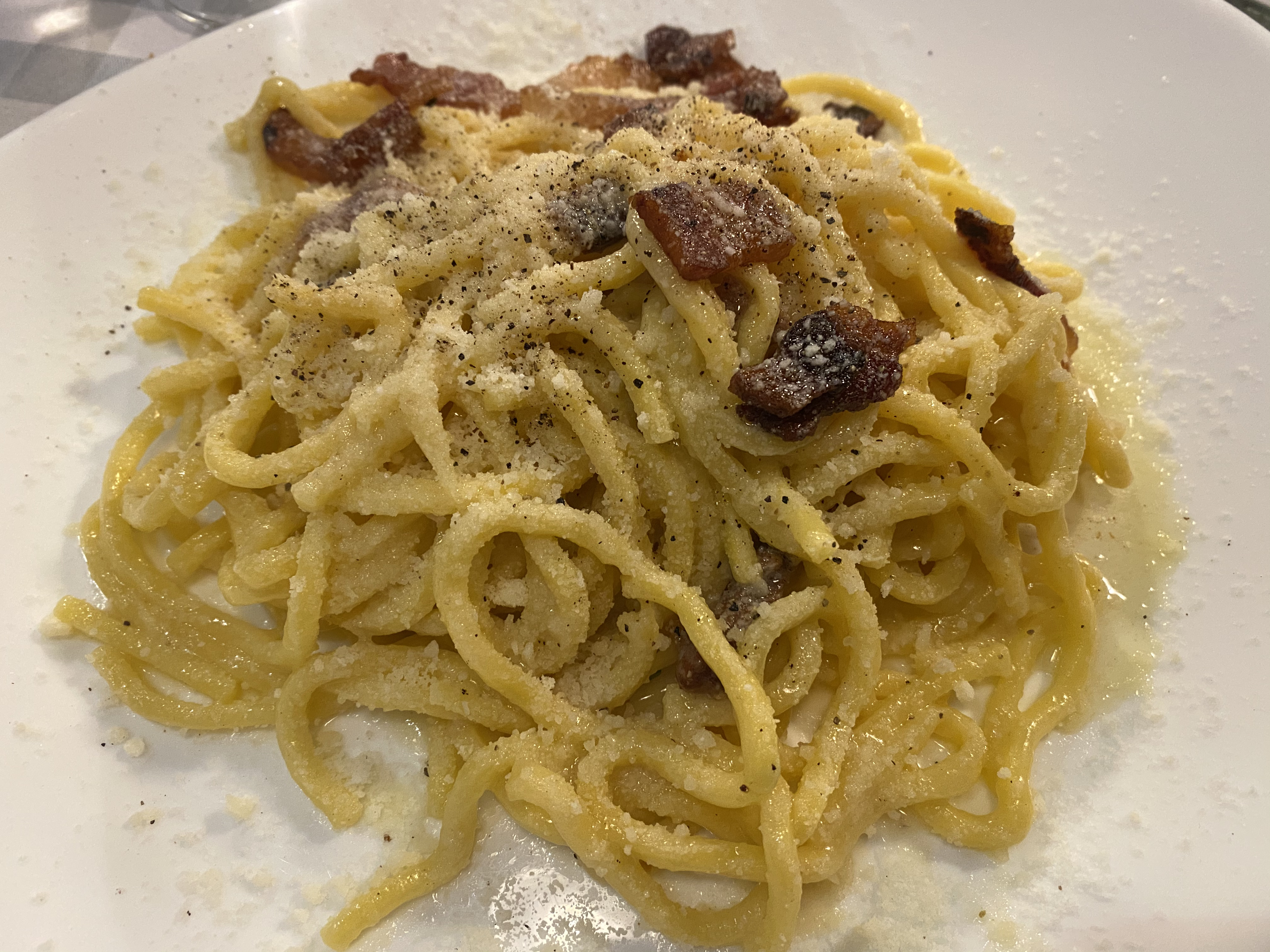 “Deep Fusion gricia” is not something I was expecting to type in 2019, yet here we are.