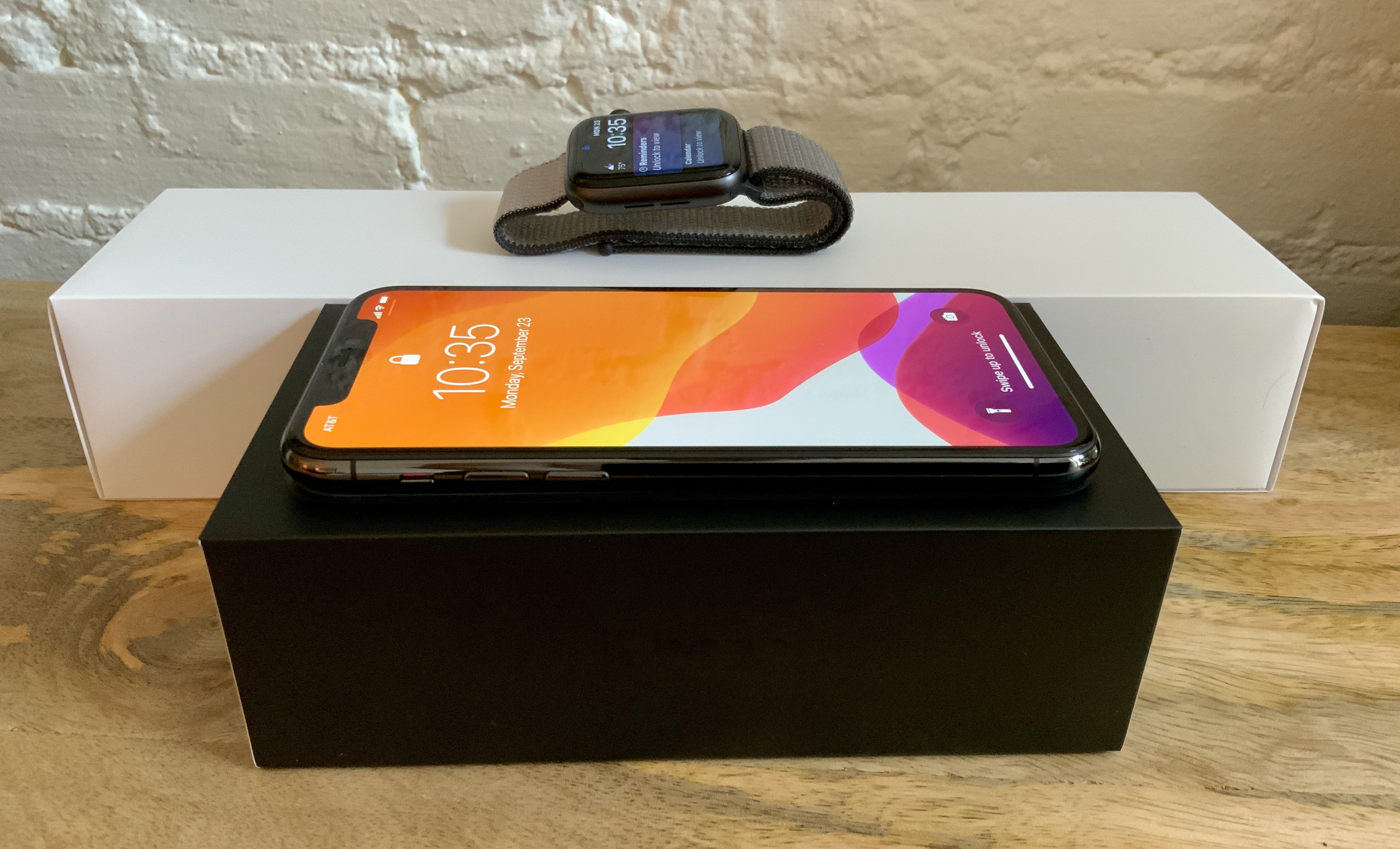 The general expectation leading up to this year’s iPhone and Apple Watch debuts was that “boring” updates were in store. The iPhone, it was reported, would have an unattractive triple-camera system and little else in the way of improvements; some thought the Apple Watch might not get an update at all.

When Apple officially introduced its new devices to the world, my own reactions were largely positive, though a little mixed. On paper, the latest iPhone and Apple Watch models offer less year-over-year improvements in quantity than Apple usually treats us to. But the advancements that are here – cameras and battery for the iPhone, always-on display for the Watch – are qualitatively huge.

Apple is really good at making two key things: revolutionary products and iterative ones. Every now and then the company creates something that’s truly transformative, a product with undeniable cultural impact. The iPod, iPhone, and iPad are classic picks, but more recently AirPods and the iPhone X deserve similar recognition. However, in-between these giants sit a lot of iterative updates, where existing products get a little bit better. Stacked against the culture-shakers these iterative updates are comparatively less exciting, but they’re almost always objectively better products than their predecessors.

The iPhone 11 and Apple Watch Series 5 lines aren’t revolutionary, but they may well be remembered as some of the best iterative products Apple has ever shipped.

My early impression, after just a few days with the iPhone 11 Pro and Watch Series 5, is that this year’s updates have the potential to stand out over time for one main reason: they give users what we’ve all been asking for.

Rather than writing full, detailed reviews of either the iPhone 11 Pro or Apple Watch Series 5, I simply want to highlight some of the pros and cons of the new devices, particularly in comparison to last year’s iPhone XS and Series 4 Watch. 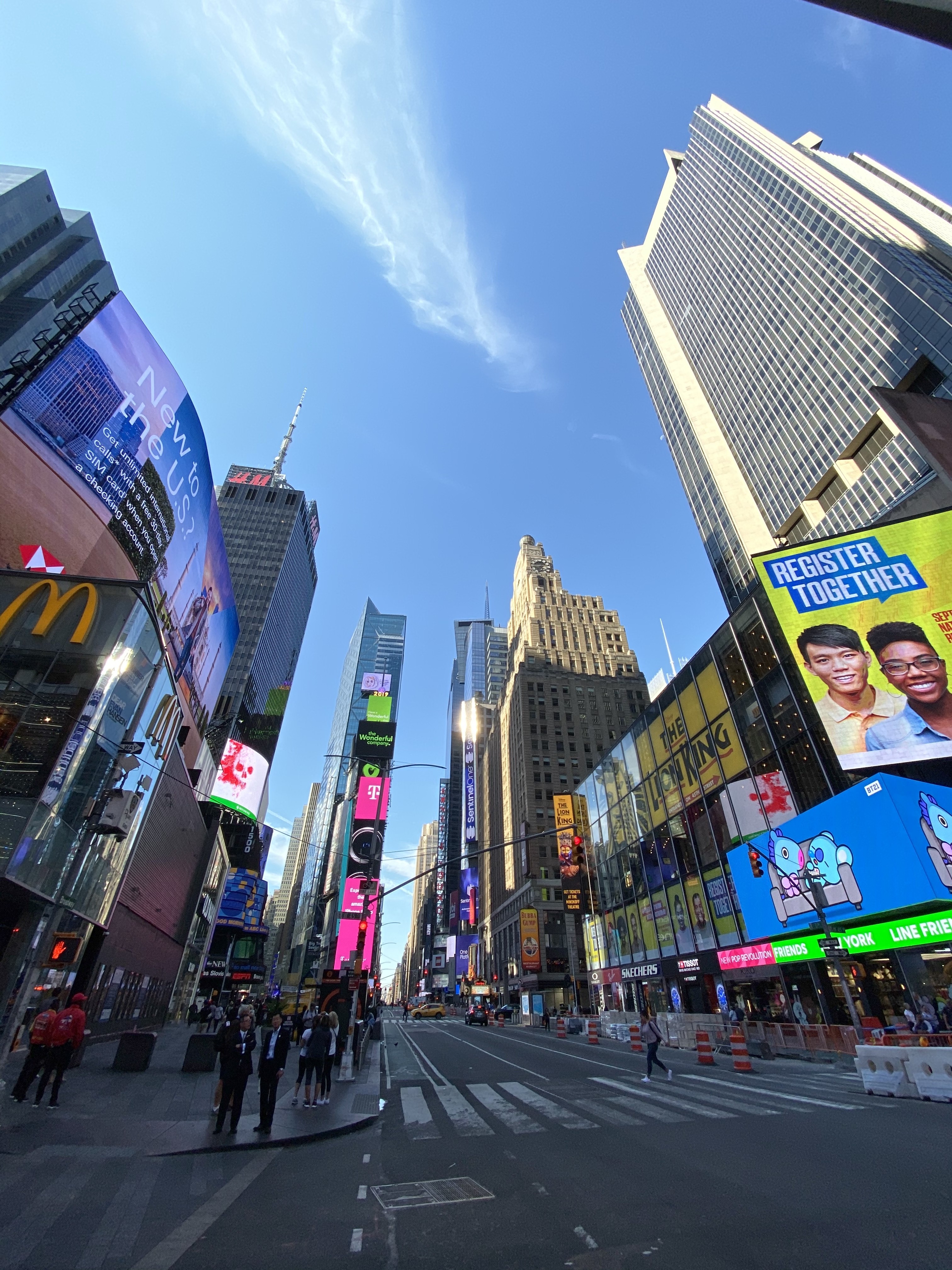 Ultra wide: Is it just me, or are these buildings leaning in toward each other, Inception-style?

The cameras, of course, are the biggest improvement found in the iPhone 11 Pro versus previous models. Though I haven’t spent that much time taking pictures yet, one thing that’s become immediately clear about the 11 Pro is this: there no longer exists a “bad” environment for iPhone photography. When it’s dark out, night mode takes over and captures fantastic, true-to-life images. When I’m ideally a little too close to the subject matter I want to shoot, the ultra wide lens solves that problem. Too far away? That’s what the telephoto is for. It makes a huge difference knowing that no matter where I am, or what time of day it is, I can capture beautiful photos with my iPhone. 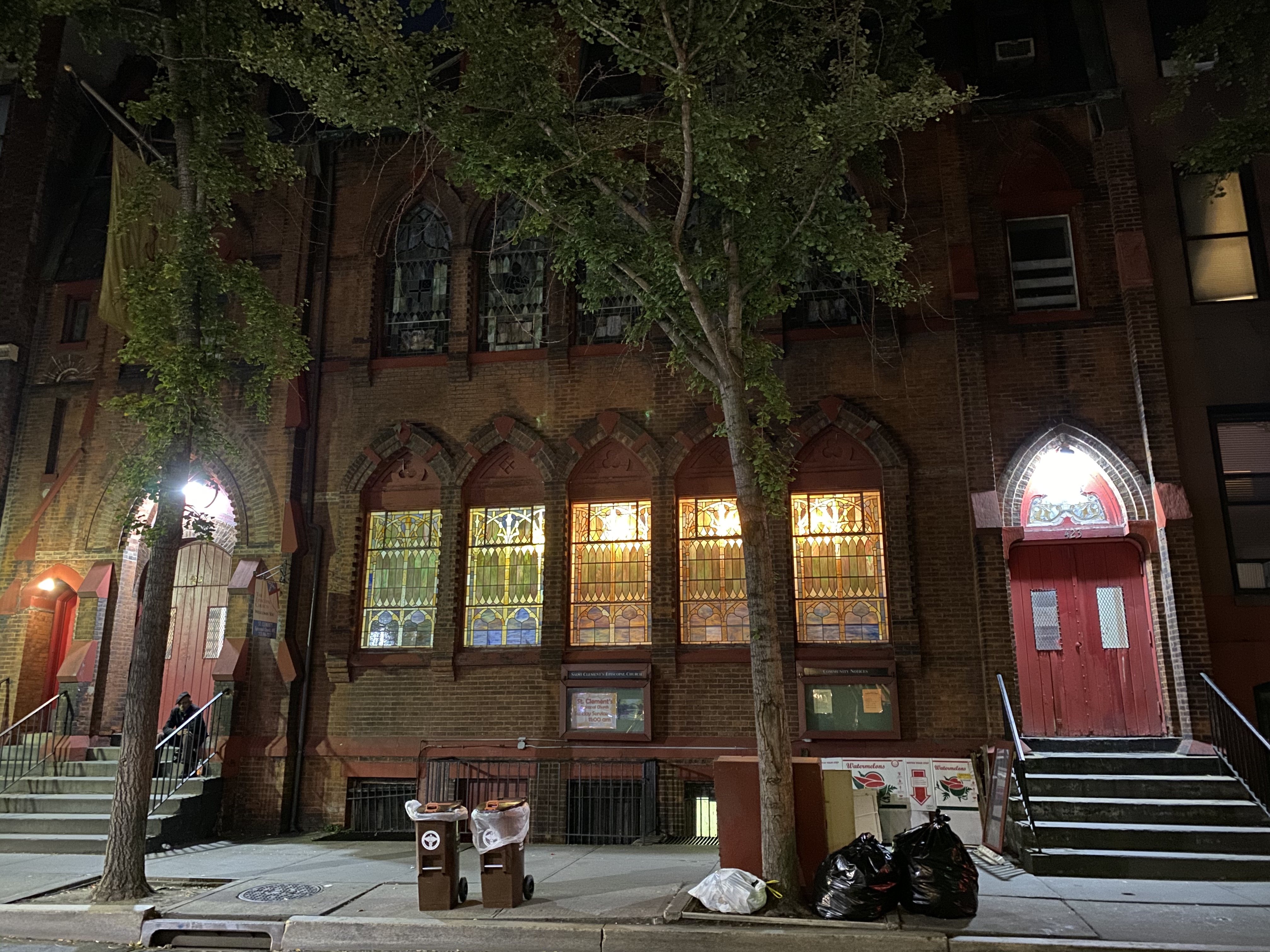 Night mode shows you all the details you want, and even those you don’t, like NYC’s trash-laden evening streets. 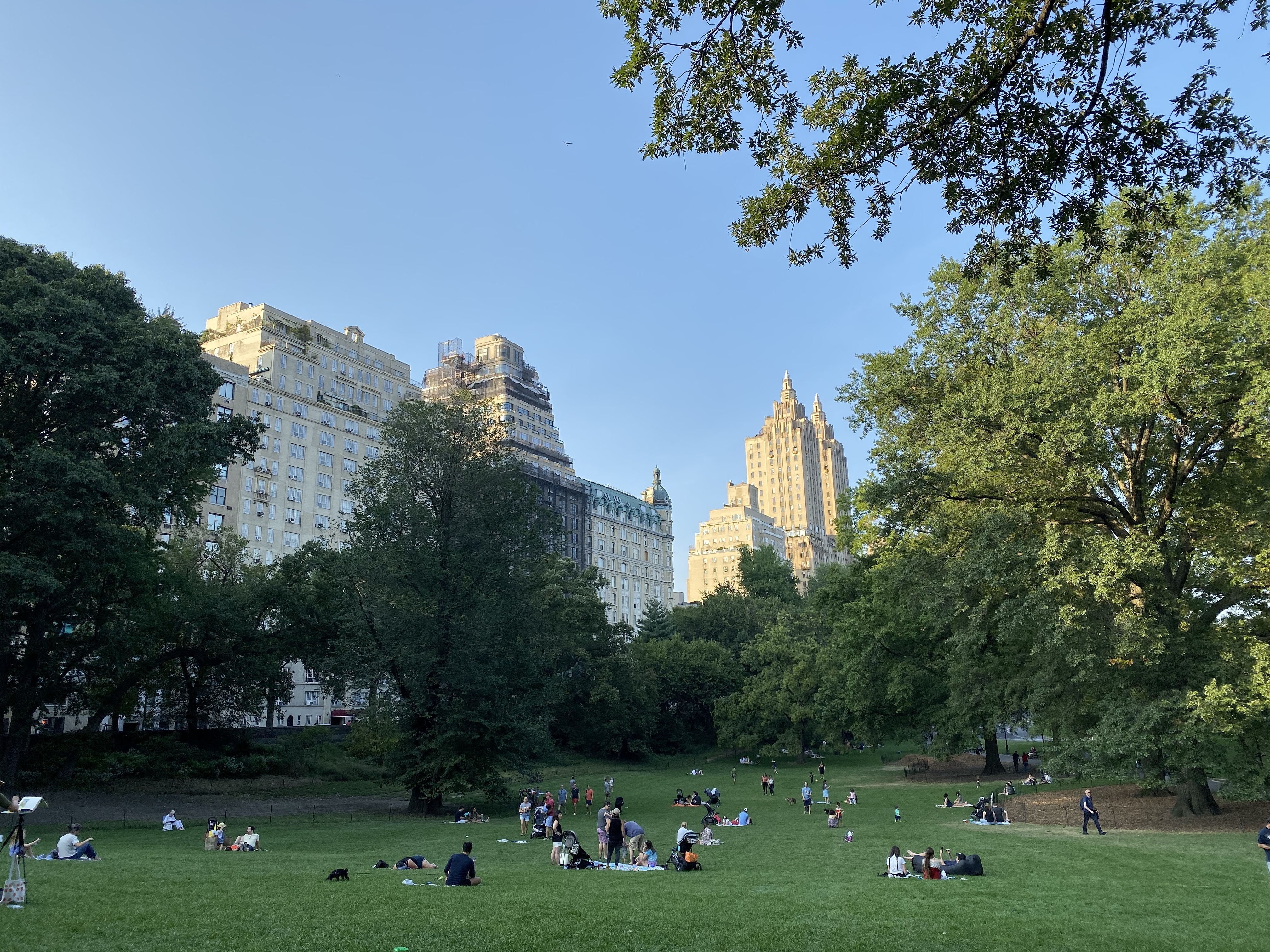 Yes the name is ridiculous, but I’ve been pleasantly surprised by the iPhone 11 Pro’s display improvements. Many reviewers either skipped over the iPhone’s display changes or just barely touched on them, with one notable exception being Nilay Patel at The Verge, who wrote:

The iPhone XS was theoretically capable of HDR playback, but I never found it convincing. The iPhone 11 Pro is very convincing. It’s an obvious difference when watching a Dolby Vision movie like John Wick 3, and the display overall holds its own against the Note 10’s excellent display.

Maybe it’s my eyes playing tricks on me, but the 11 Pro’s display looks markedly better to me than the already-excellent XS screen.

On an average day, I end up with ~40% battery left on my iPhone. Yesterday I had 59% left. I’m the type of person who gets a low-grade panic when my battery dips below 40%, so I think it’s fair to say that the iPhone 11 Pro is going to save me a fair amount of anxiety over the next year.

It’s true: once you get used to the Series 5 Watch’s always-on display, it’s very hard to go back. This weekend I found myself countless times looking at my wrist to catch the time in situations where I didn’t want to make it obvious what I was doing. With all previous Watch models, this would have been an exercise in frustration, but on the Series 5 that pain point is gone. The days of the awkward wrist twist are behind us.

By adding context menus with content previews to iOS 13, Apple mitigated almost all of the issues I would have previously had with 3D Touch being removed from the latest iPhones. There’s still one outlier though: moving the cursor. On the iPhone 11 Pro, like last year’s iPhone XR, you can move the cursor around by holding down on the spacebar key, which works okay, but it’s not quite as fast as using 3D Touch on any part of the keyboard. It’s going to take me a while to change this habit.

I’d be interested to see a side-by-side test, because maybe it’s just my imagination, but it seems that one negative side effect of the Series 5 Watch’s always-on display is that when a notification comes in and you raise your wrist to see it, it takes a tick or two longer to display that notification than it did before. Perhaps this has something to do with the transition between showing the dimmed time and a brightened notification view, but it’s an annoying step backward for the always-on feature which otherwise is fantastic.

Cameras and battery are two of the most important features to iPhone users. Getting a display that stays on has long been the top feature request from Watch users. Apple has delivered on all counts with the iPhone 11 Pro and Apple Watch Series 5.

For all the criticism that iterative updates can bring, particularly for a company with the reputation for innovation that Apple has, in real-life use it’s often the iterative product updates that make the biggest impact in users’ lives. The first iPod, iPhone, and iPad were remarkable, industry-shaking achievements, but it was Apple’s quick iteration of those products that made them into the worldwide successes they became. Judged by feature lists alone, the iPhone 11 Pro and Series 5 Watch at first glance may seem like middle-of-the-road updates, but in practice, the story’s different. As the culmination of several years of iterative improvements, these devices have the potential to make a bigger impact on our lives than many of their predecessors ever did.

This is not, by any stretch, a “boring” upgrade cycle for the iPhone and Apple Watch.