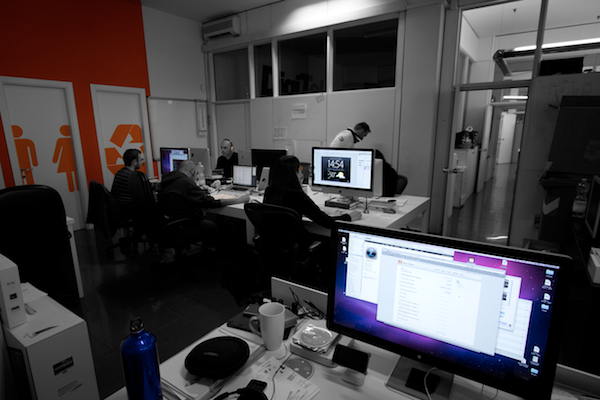 Command Guru is a well-known iOS and Mac development studio based in Italy. You may have heard of them thanks to the iPhone Reality Show, an event that took place last year and was aimed at gathering iPhone designers and developers from all around the globe to create an iPhone app in just one week. All recorded and broadcasted live by the Command Guru team in their office. It was a huge event that attracted thousands of viewers and developers alike.

Now, Command Guru went under some sort of “forced silence” for the past few months, as they were focused on an internal re-organization (they acquired Doseido, makers of Sally Park and Headline for Mac) and planning of new apps for iPhone, iPad and Mac. Lots of things have been going around at Command Guru’s headquarters, and we had the chance to chat with their CEO to get to know more about the details of the new software. I’m testing their new iPhone app at the moment and I have to admit it’s really good.

To stay up to date with the new apps coming from Command Guru, make sure to follow @commandguru on Twitter or check out their Facebook page. A teaser website of the upcoming iPhone app is available here.

Now jump after the break, and read what Command Guru CEO Alessio Zito Rossi told us about the current state of iOS and Mac development, their upcoming apps and…an Apple II.

Command Guru was born in 2009 from our passion for everything Apple. It’s the icing on the cake, a really big cake. The first piece of software I wrote was before the mouse was invented, on an Apple II. After many years delivering software to over 100 million potential customers all over the world it’s like a dream come true!

What is developing software for Apple devices in Italy like?

First of all it must be fun! The Italian marketplace is “lazy” and most of the developers are one-man-bands. In Italy there are only a couple of good companies at the moment and nothing more. We think there’s room for massive growth if you have the right attitude and approach.

Are there iOS - OS X related events and conferences in Italy a developer should attend in your opinion?

Actually there are no events we’re aware of. We’re going to have Cocoa Heads meetings in Carpi. 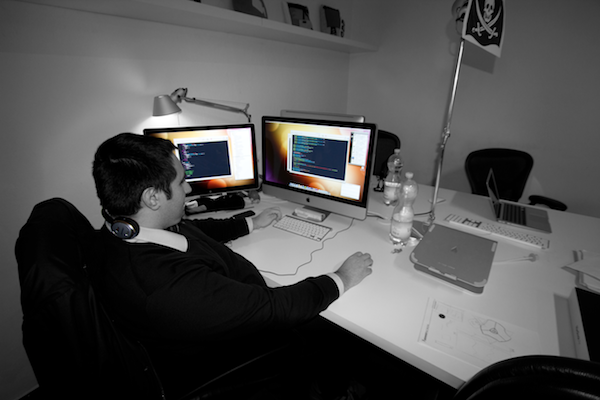 The iPhone Reality Show: thoughts on it months after the conclusion? Are you planning a second edition, perhaps for iPad?

The iPhone Reality Show has been a wild success. We had tons of viewers from all over the world and it was a lot of fun! A week we’ll remember all our lives. We cannot confirm we’re planning a second edition.

Now that we’re on it: the iPad. Do you guys at Command Guru see it a platform worth developing software for?

The iPad is a “magical device” and we’re investing in that platform for some great apps to be released in the first months of 2011.

Tell us a little more about your upcoming apps. Now that Andrea Gelati from Doseido has teamed up with CG, what should we look forward to?

There will be some great news in 2011, we are very excited about the new apps we’re working on. We have one team focusing on some outstanding “mini apps” that will delight users on their iPhones. Another team is focusing on bigger apps that will eventually find their way back to the Mac.

The Mac App Store. Is Command Guru planning to release apps on it?

Yes, of course. We really want to be an active player in the Mac App Store game. The very first time we thought about Command Guru, even before thinking of its name, was for Mac apps. Apple gave us a wonderful gift with the Mac App Store. We’re here for the long run and the Mac OSX platform is definitely a part of our DNA… starting from the Apple II.