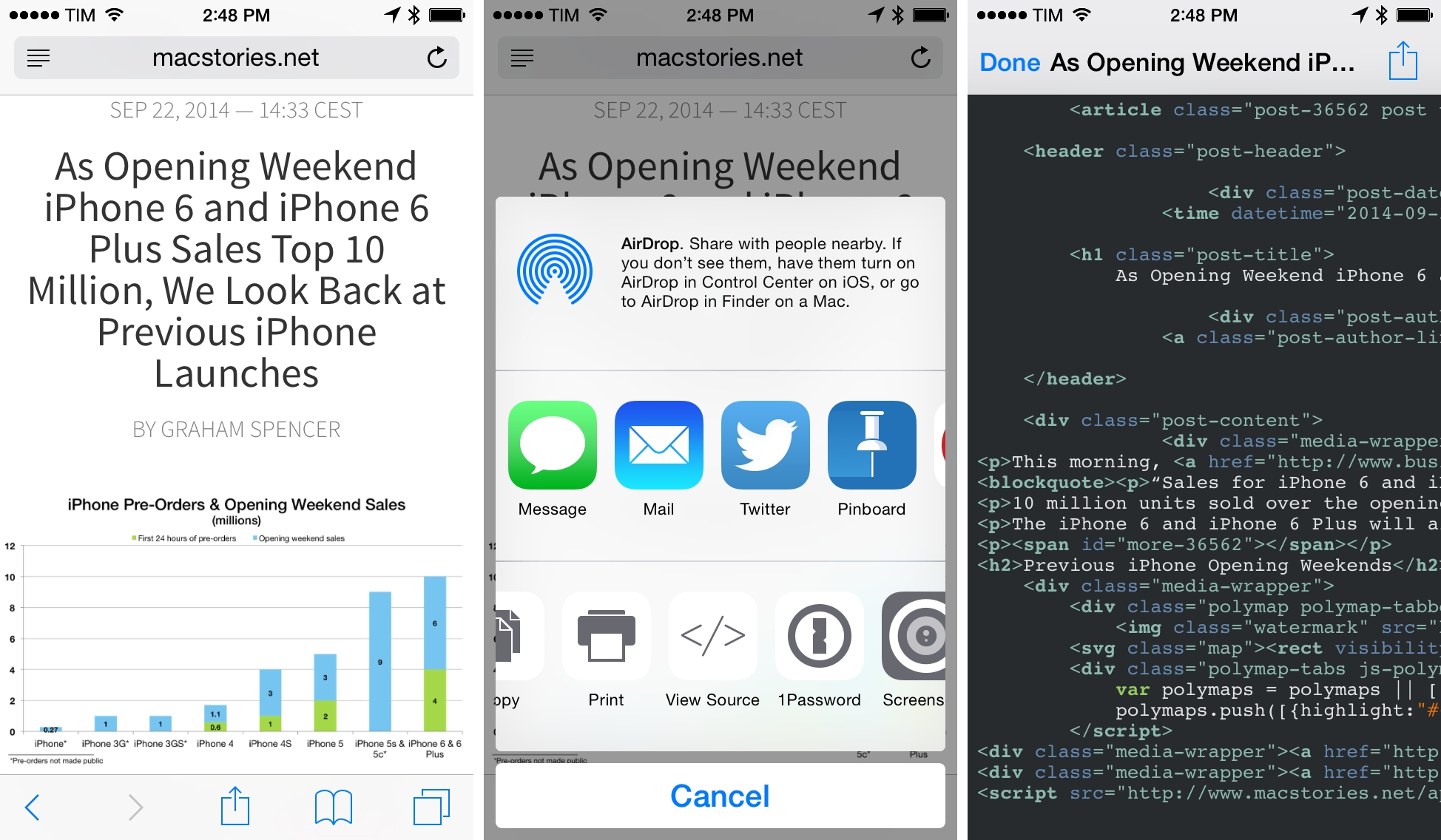 Developed by Paul Hudson, View Source is a $0.99 Universal app that, as the name largely implies, lets you view the source code for webpages (HTML, CSS, and JavaScript) in iOS’ Safari with an action extension.

In the years I’ve been running MacStories and since I switched to the iPad as my primary device, I’ve often needed to debug problems on the site by looking at its source code output. Before I figured I could use Python to fetch a page’s source, I was forced to ask my colleagues or my web developer to grab the source code for me because “I was on the iPad”. In spite of iPhones and iPads being required test devices for web developers these days, Apple never added native developer features to iOS that wouldn’t need a Mac to work. I was stuck with my Python scripts and help from friends over iMessage.

With iOS 8 extensions, apps like View Source can be possible thanks to direct integration with Safari and access to the DOM. Once enabled in the browser’s share sheet, View Source will bring up a full-screen panel with source code you can read and copy. A share button lets you copy all text to the clipboard, send as email, or choose one from eight themes that include dark backgrounds and lighter styles. All these themes support syntax highlighting – a better visualization than my old scripts that didn’t support highlighting at all. 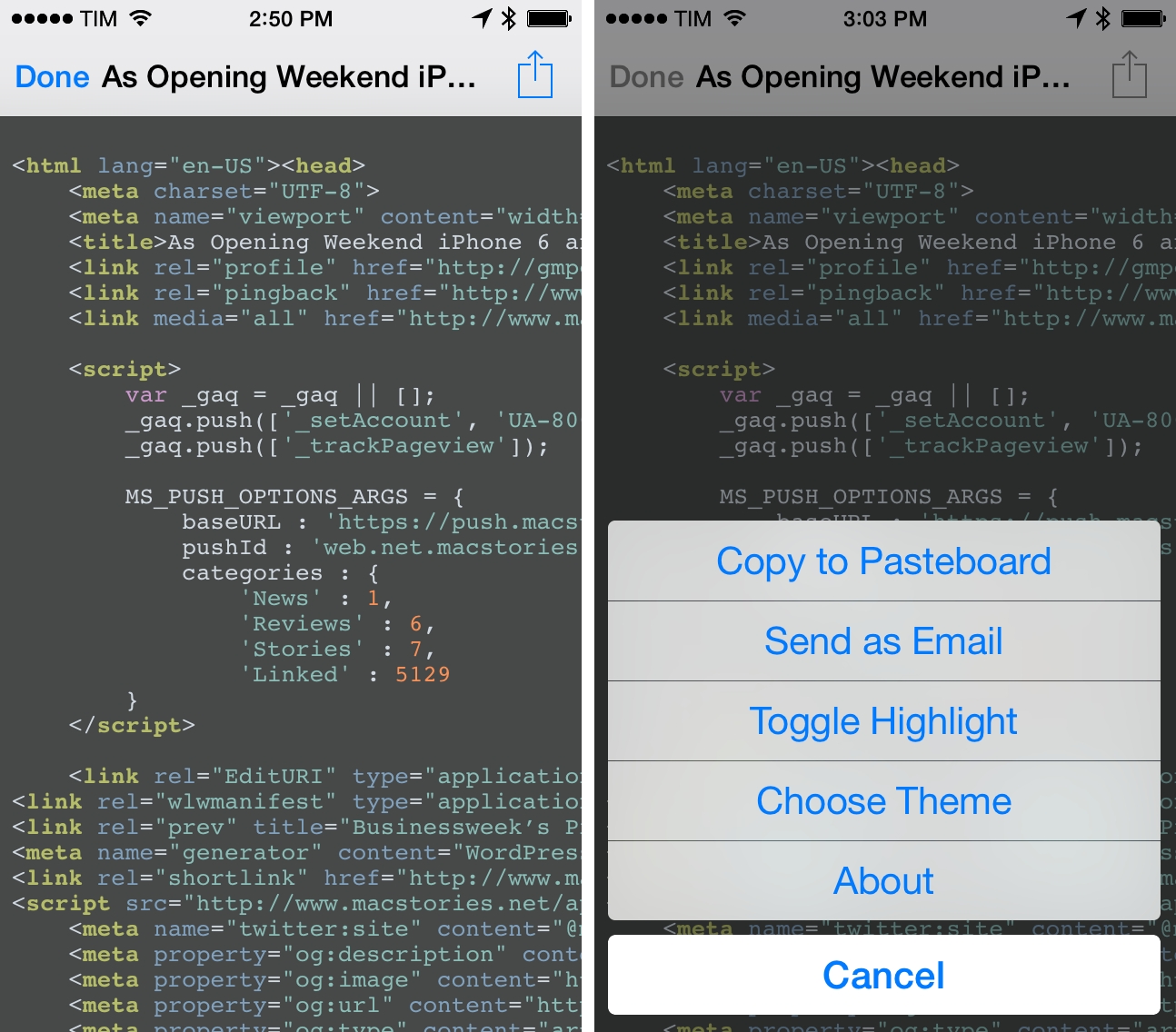 If you don’t want to run View Source as an extension (though that’s the biggest advantage), you can also use it as a standalone app. In that case, the app will simply let you browse websites manually (just like Linky).

I wish that View Source could do more. Notably, there is no support for search or browsing of specific HTML tags, which combined with the lack of line-wrapping makes it difficult to read source code as you need to constantly scroll horizontally on the screen (especially a problem on the iPhone’s smaller screen in portrait mode). I’m hoping that a text reflow mode will be added soon, and I wouldn’t mind the more advanced options for viewing source code found in Mac apps such as Coda.

View Source isn’t perfect, but it’s a good start. Being able to view source code directly in Safari is a much better experience than having to use a dedicated app that’s not your main browser. Once again, developers are still figuring out the best ways to work with extensions in iOS 8, and View Source is yet another example of these new possibilities.