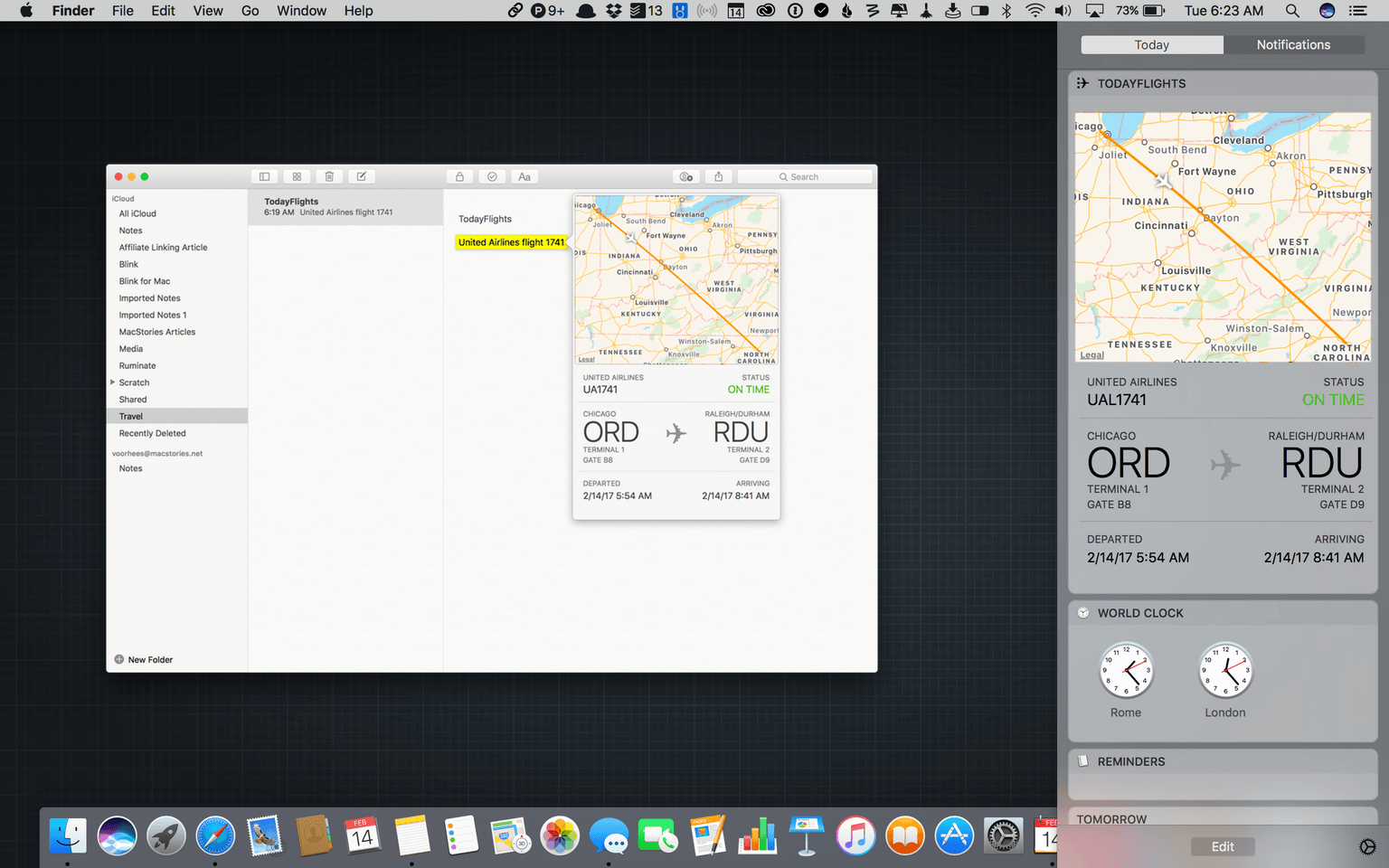 Data detectors are a feature of Apple’s OSes that recognize information like phone numbers, addresses, and airline flight information and make them interactive. For instance, clicking on a flight in Mail or Notes on a Mac opens a pop-up window with a map of the flight path, whether the flight is on time, departure and arrival times, and other information.

Developer Josh Parnham reverse-engineered the private APIs Apple uses for its flight status data detectors and built a macOS Today widget called TodayFlights. The widget displays the same interface and information as Apple’s data detector but in macOS’s Notification Center. To enter an airline name and flight number, all you do is click the info button at the top of the widget and enter both. Like Apple’s data detector, you can click on one of the cities to zoom in on that portion of the map. In addition, clicking on the bottom section of the widget cycles through departure and arrival times, remaining flight time, and flight duration.