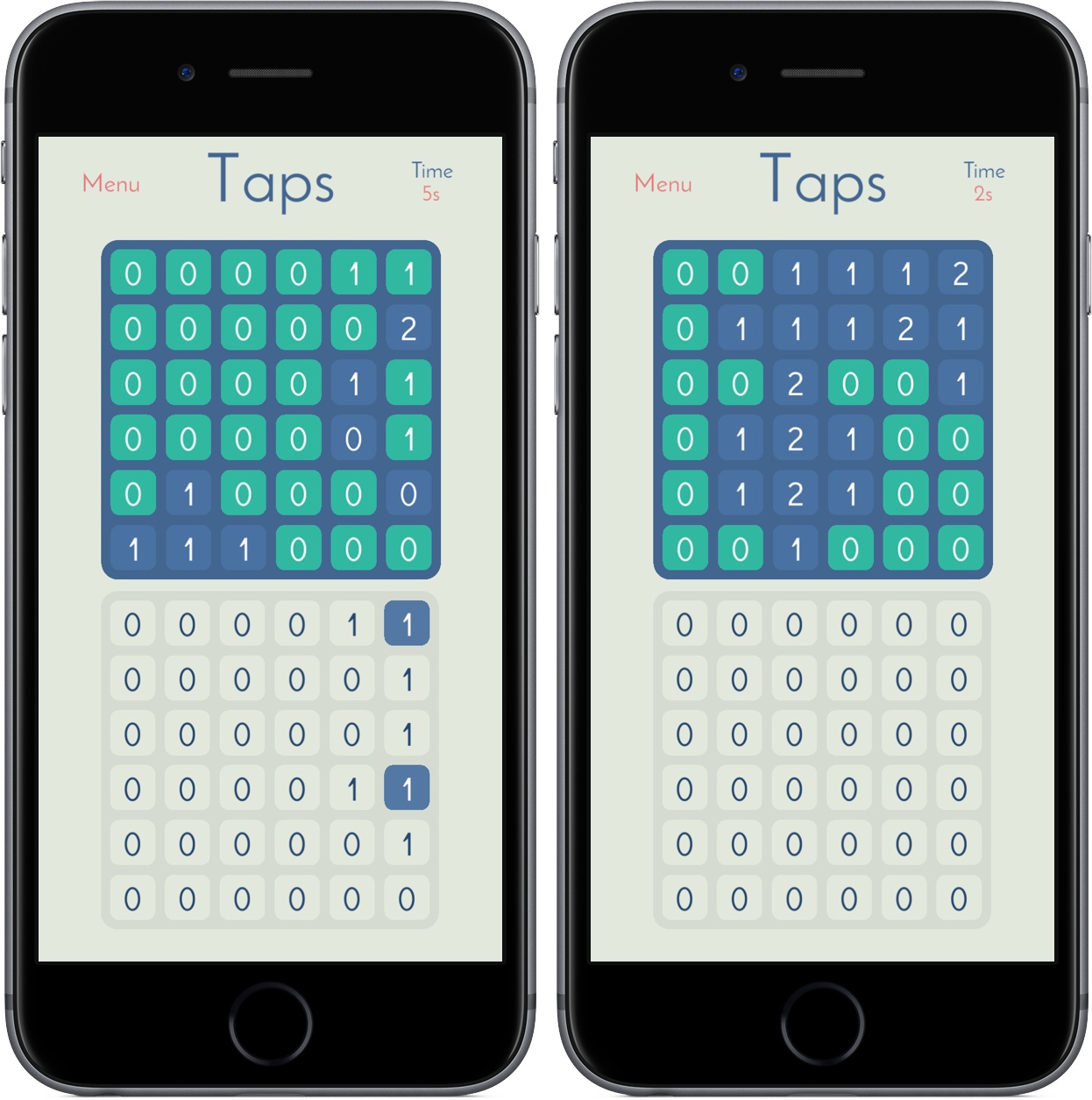 Lately, I’ve been on a puzzle kick, and I recently found my next game to play too much: Taps.

In Taps you’re tasked with transforming a grid of 0s into 1s, 2s, 3s, and so on. Of course, you’ll do so through taps, changing tiles in your 6x6 grid to match the one placed above you. Every tile you tap increases its value by one while also increasing the number of the tiles adjacent to it – if you tap a tile in the bottom right corner, it’ll change from 0 to 1, as will the ones above and to the left of it. Below is a demonstration of what this looks like in practice: 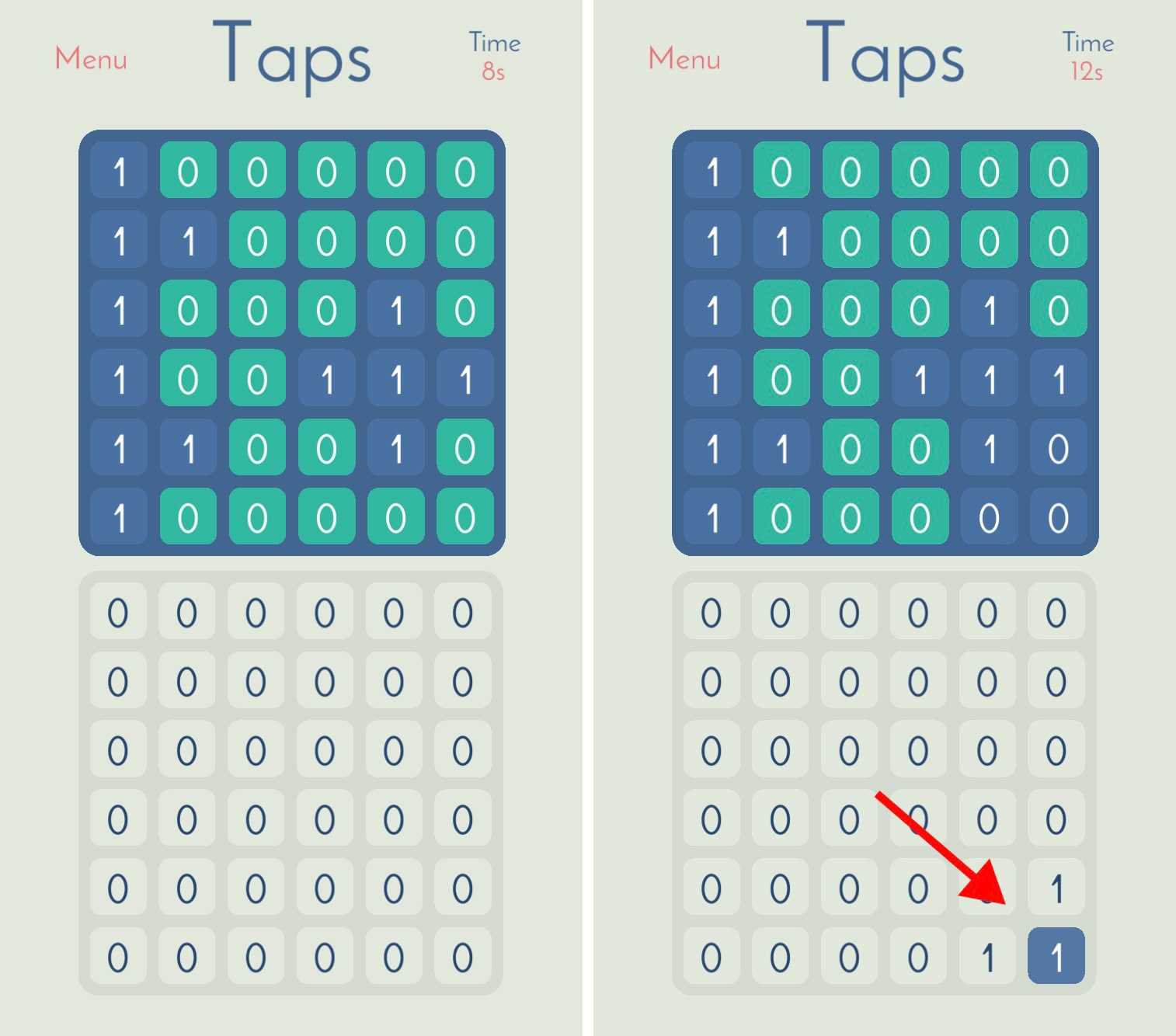 Early in the game, you’ll be matching 0s and 1s, but Taps gets tougher as you work your way through its 200 levels. I’ve found that the longer I play, the more time I’ve needed to build out a meaningful strategy before I start attacking my board; too often during the levels, I’ve had to walk back almost all my decisions to make sure I get a 2 in the right place.

Taps is reminiscent of a modern-day Minesweeper, and it’s just as addicting – watching the top board change color as you match its patterns is so satisfying, and the gameplay makes it easy to work through a couple of levels in no time. With standard, advanced, and custom levels to explore, Taps won’t feel completed for many, many hours. And with a timer tracking how long it takes you to complete levels, you can always race yourself to find a faster solution.

Taps came out just a month ago, but I’m surprised it slipped by me for this long. I’ve had a lot of fun playing it in the couple days I’ve had it on both iPad and iPhone, and I’m looking forward to investing more hours over the long weekend.

You can pick up Taps in the App Store for iPad and iPhone for $1.99.