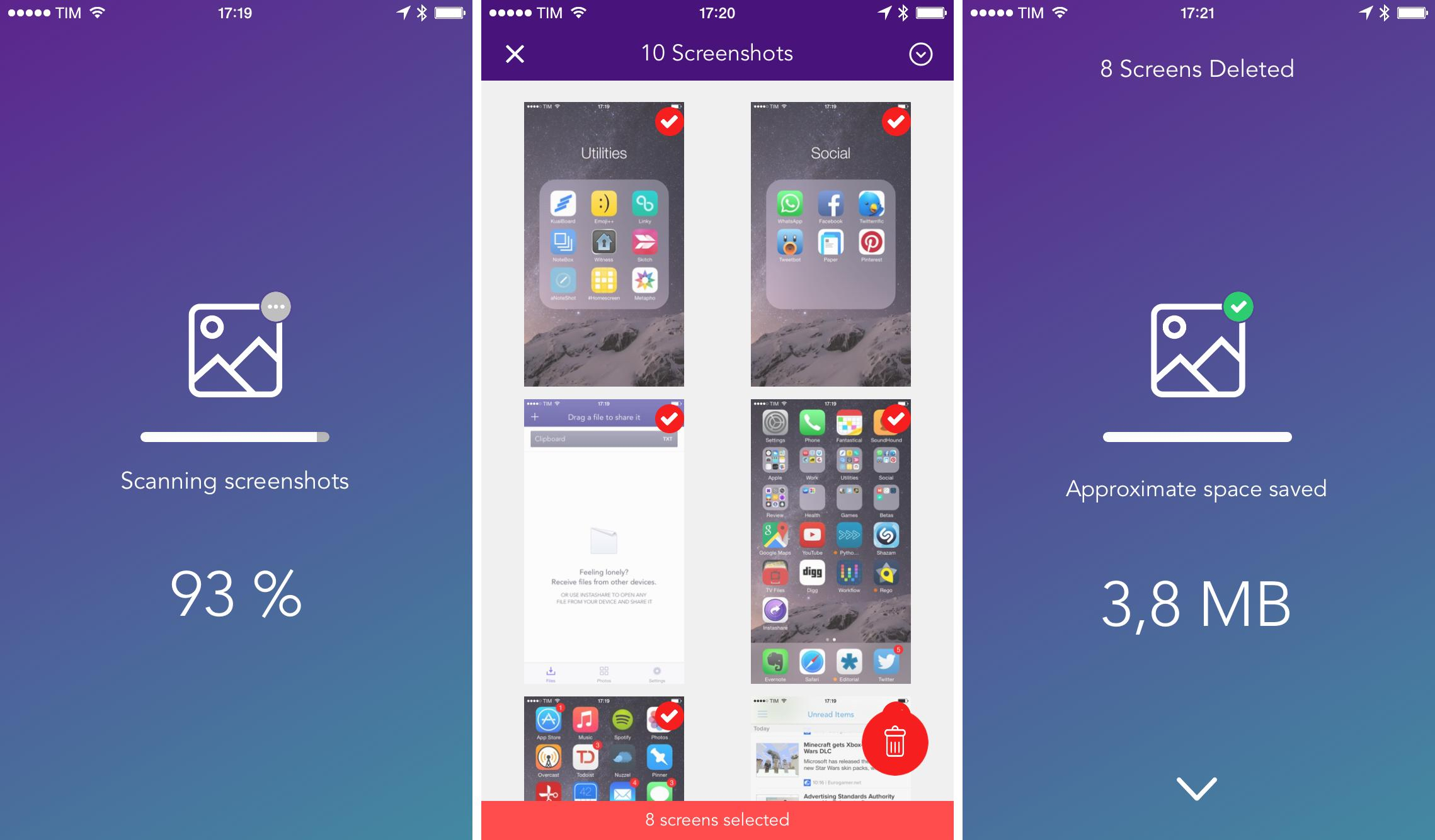 I take a lot of screenshots on my iPhone and iPad on a daily basis. Before I upgraded to a 64 GB iPhone 6, that was a problem: screenshots would accumulate over time alongside my photos, which would easily consume the 16 GB of storage I had on my iPhone 5s. Unlike photos, I never want to keep screenshots around for future consumption, which made the process of going through all of them a lot more tedious and time-consuming (unlike photos, screenshots are harder to recognize through thumbnails in the Photos app).

Screeny, developed by NFN Labs, solves this problem by letting you delete multiple screenshots at once thanks to new developer APIs in iOS 8. Before iOS 8, photo apps could only request read access to your photo library: they couldn’t edit the original file in the Photos app, and they couldn’t delete files. This has changed in iOS 8, and Screeny takes advantage of the feature by collecting all the screenshots it finds in your library and offering you to delete them in one go.

Screeny will scan your photo library and tell you how many screenshots it found and, approximately, how many MBs those files are consuming on your device. You can then select all screenshots, select individual ones, or select all except the ones found in the last 15 and 30 days. Last, tap delete, and Screeny will erase the files from your library (and if you’ve enabled iCloud Photo Library, files will be deleted from all your devices too). Screeny even tries to tell you how many regular photos could be deleted to save additional space – a detail that the developer covered in a blog post on Medium.

While Screeny is already better than the manual process I had to go through before iOS 8, there are some additions I’d like to see in the app. First and foremost, Screeny is iPhone-only, and even if installed in compatibility mode on the iPad it will only find iPhone-sized screenshots to delete.1 It would also be nice to have more filters for grouping screenshots together, such as screenshots from the past week or six months, or a way to find screenshots taken in rapid succession or within a few minutes from each other (so they’d belong to the same “session”).

Screeny is a handy utility for those who take a lot of screenshots and it uses new iOS 8 technologies to save time and space on your iPhone. It’s $0.99 on the App Store.