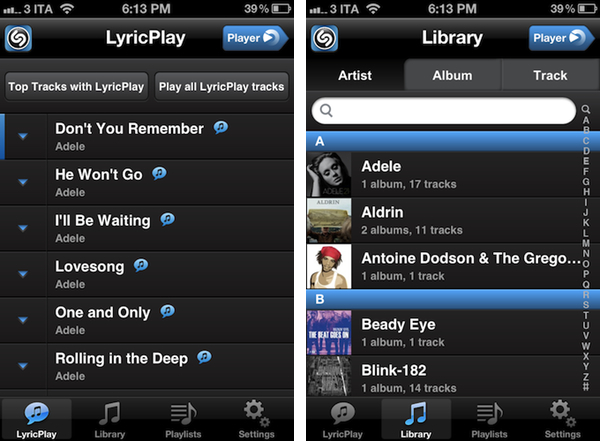 Shazam, a popular music recognition software with free and paid apps for the iPhone and iPad, launched today a new application called Shazam Player to provide an alternative to Apple’s own Music app for iOS devices.

Available for free on the App Store, Shazam Player is built atop Apple’s music API for iOS, which enables third-party developers to plug directly into a user’s music library synced with iTunes or iCloud. Shazam Player borrows several functionalities from the standalone Shazam app – such as LyricPlay, artists’ bio and related YouTube videos – and blends them together with songs from the native Music app. Whereas Shazam (free, Encore) forces users to tag songs beforehand and then try the LyricPlay functionality, Shazam Player is meant to serve as a full replacement for Music.app, only with more features that existing Shazam users are likely already accustomed to.

Upon first launch, Shazam Player will ask you to scan the Music library synced on your device. This is required for the app to match your songs with available LyricPlay tracks, whose information is stored on Shazam’s servers. You can read more about Shazam’s support for lyrics in my overview from last week. Once the scanning process is complete (it might take several minutes depending on how many tracks you have synced on your device), you’ll be brought to Player’s main UI, which is heavily resembling of Shazam’s typical interface (that is, it could use some polish here and there) but adds a couple of new design elements and interaction patterns. 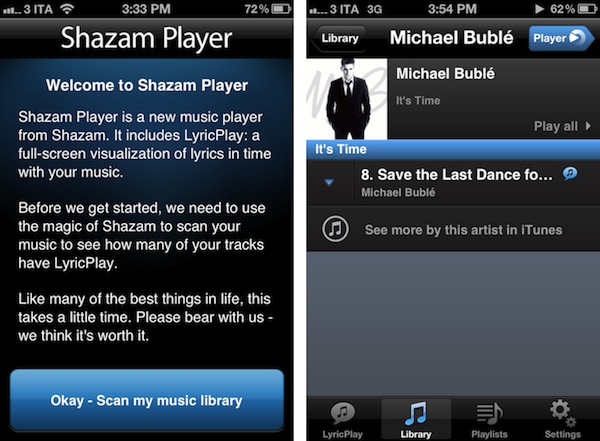 The first tab is dedicated to tracks that have matched correctly with LyricPlay and can be played with Shazam’s fancy lyrics UI. This section basically offers a shortcut to all your tracks that have LyricPlay available, as well as top tracks from Shazam’s network (unsurprisingly, Adele is first). Tracks with LyricPlay have a little blue icon next to them; tapping on a track in the list will directly jump to LyricPlay view, but you can go back at any time by hitting the Back button while in full-screen mode. In the top bar, Shazam has shoved two additional shortcuts – one to open the Shazam app if installed, another to always go back to the Music player (more on this in a bit).

I’m not a huge fan of LyricPlay itself – I still think SoundHound is far superior in this regard as it lets you actually tap on lyrics to jump to a specific section – as I think it’s unnecessarily cluttered and too fancy for my tastes. I do appreciate, however, the fact that it works fairly well with all kinds of tracks and tempo. More useful to me is the regular ‘Lyrics sheet’ view, which is the same as Shazam and has minimal graphical footprint on my iPhone’s screen (I can actually read it). Lyrics sheet is accessible from a sharing menu that can be opened at any time from a track’s disclosure triangle; this menu also contains icons to share (Twitter integration in iOS 5 isn’t supported), read bios and reviews, watch YouTube videos and check on tour dates for the selected artist (access to your location will be required). The second page of the sharing menu has an album art view, play and skip counts and buttons to add a song to the ‘Good List’ or ‘Bad List’. 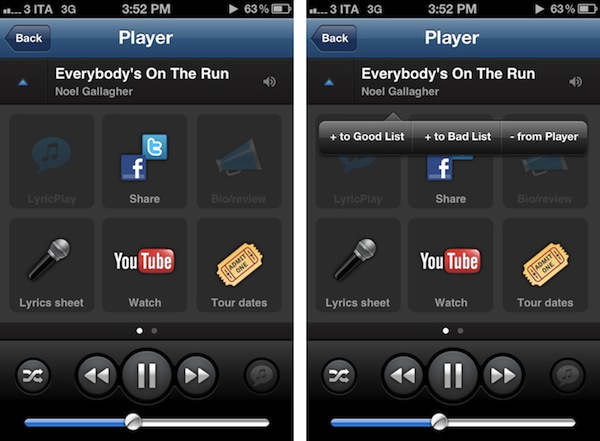 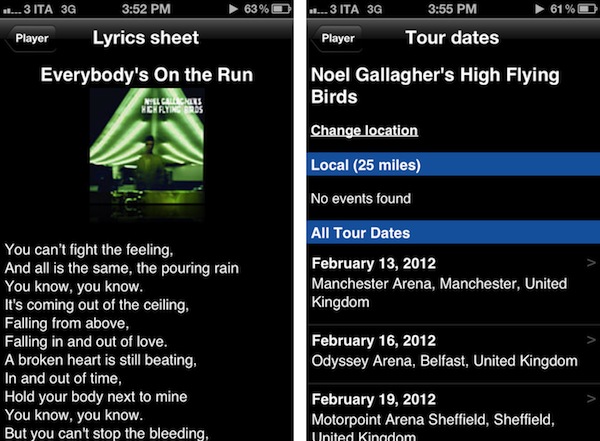 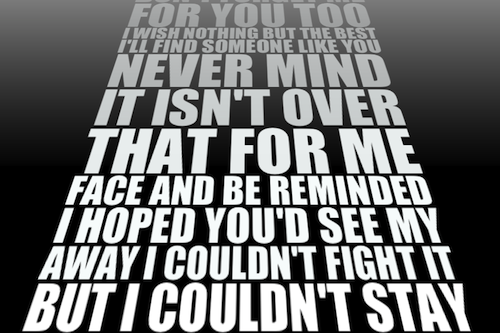 Shazam Player has, in fact, access to your device’s playlists, and it can create new ones, too (these won’t be synced back to Music.app). By default, however, it comes with the Good and Bad lists, basically quick-access playlists for the songs you like most and the ones you usually skip or ignore. I’m not sure Shazam Player can automatically populate these lists over time as you use the app; right now, you can add a song to these lists by tapping & holding a song and choose the option you want from a copy-like pop-up menu. The same menu lets you add a song to the Player queue, a welcome functionality (nice touch: the Player button glows and pulses when you add a song to your queue). As for the Player view, Shazam managed to insert a couple of buttons here as well: you can clear, edit and save your current queue as a list, shuffle and open LyricPlay.

As mentioned above, Shazam Player has access to your Music library. The Library view is fairly common stuff: it pulls media from the Music app and it lets you switch between Artist, Album and Track views. There is a search bar on top, and albums are grouped by artists – just as you’d expect from the Music app. Another nice touch is that you can tap and hold on an artist’s ‘Play all’ shortcut to add all songs to the Player, in your queue.

Should you use Shazam Player? The app is free, and it sure won’t hurt to give it a try. If you, like me, often find yourself wanting to check on a song’s lyrics while you’re listening, then yes, you should download Player and see if you prefer LyricPlay or the more standard Lyrics sheet. As for replacing Apple’s Music app in daily usage, that totally depends on what you need from your main music player and how much you’re going to need those lyrics. If you don’t have lyrics synced to your device for every song (who does, honestly?), Shazam’s Internet-based discovery is a fantastic addition. If you, however, prefer a cleaner UI and you don’t think a queue functionality is needed on a mobile device, Apple’s Music app remains a fine piece of software.

You can download Shazam Player for free on the App Store.