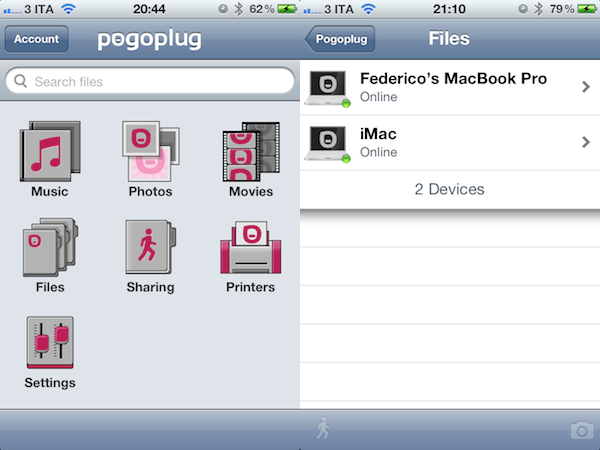 Yesterday, I scored a free Pogoplug Software Premium account thanks to the good folks over at The Next Web. I’m a big fan of well-done cloud services that allow me to access my stuff anywhere I go, and as I’m also always interested in desktop solutions aimed at securely mirroring your computers’ contents to the cloud, I was excited to install the new Pogoplug app on Lion and take it for a spin. The results are surprisingly good, but far from perfect.

Pogoplug became popular a few years ago thanks to a network-attached device that enables you to put media in it, and access it from a variety of devices and the web because it is actually connected to the Internet. Rather than forcing you to buy an additional piece of hardware to plug into your home router and waste space on your desk, though, the new Pogoplug Software product allows you to access your media in your personal cloud at $29 per year for unlimited computers and devices. That’s undoubtedly a great offer: once installed on your Mac, the Pogoplug app will scan your computer’s drive and default locations (like Music and Movies) for content, and make it available online. Once authenticated, you’ll be able to stream music, watch a movie, or read a PDF from an iPhone, iPad, or web browser. The concept is not too far away from what Jim Dalrymple at The Loop said Apple was working on to enable users to put files in the cloud. The solution turned out to be a little different as we know, yet Pogoplug Software holds up to this idea: it’s your Mac, mirrored to the cloud, and available anywhere.

So thanks to the activation code I got yesterday, here’s my initial impression of Pogoplug for Mac and the iOS app. First off, the app installs both as a client in the Applications folder, and a System Preferences panel. The panel is where you’ll go for all your settings, computer authorization, and folder management. However, the app is capable of automatically finding content upon first run after the installation process (it comes with an installer). Indeed, Pogoplug automatically found my iTunes music, movies, documents, as well as folders already being shared in the Mac’s Sharing options. That’s pretty neat. What I dislike is that the menubar icon is pink, and there’s no option to turn it black. What I do like about the menubar shortcut is that you can “reload Pogoplug drives” from there, meaning the software will “refresh” the Finder to mount other computers running Pogoplug in the sidebar. With a single Pogoplug account and the annual $29 fee, you can run the app on unlimited machines and mobile devices. There’s a free edition too, which will let you stream photos and browse files in a folder navigation view. 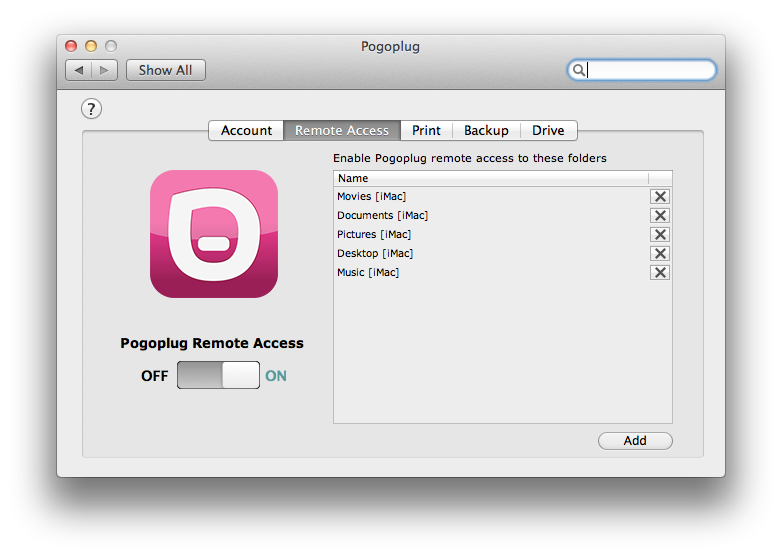 With Pogoplug up and running on my two Macs, I was ready to try the iOS app, which is free and universal. When you’re signed in with multiple computers, the app will let you see files for both of them under the Files tab, accessible from the main screen. The start page of the Pogoplug app looks a lot like Facebook’s, with big icons to browse the various sections and a search bar. I wish it was possible to add shortcuts to the home screen, but you can’t. From here, you can access your music, photos (from iPhoto’s library, iChat icons, as well as files stored in the Photos directory), movies, settings, files and shared items. Whilst Files lets you simply navigate folders like I mentioned above, the Sharing tab is quite different: it is about files, but only those you shared, or that people shared with you. What does it mean? It means Pogoplug for Mac will install a system Service that lets you select a file and share it with someone via email. That file will be sent as a link to Pogoplug’s web interface, and it’ll remain available for two weeks without a password. If you assign a password, you can share files longer with friends and family. The recipient can open the file (say a photo, or an .mp3) with or without a Pogoplug account, though of course you’ll be getting more features and integration if you’re already using the service. I found this option quite handy to share stuff with my family, and the fact that it’s “streaming” from my Mac is interesting too, as much as kind of worrying when I think I wouldn’t want to do this with just about anyone. Too, I like how Pogoplug puts “Files I share” and “Files shared with me” tabs in the iOS app, and how the OS X Finder mounts a dedicated volume for files shared by others to your account. Great stuff. 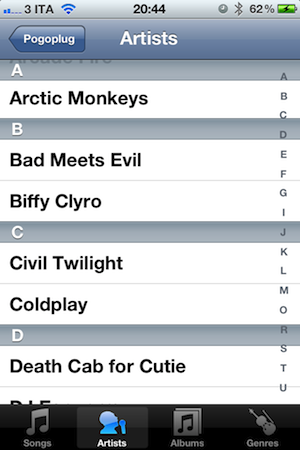 Whilst Pogoplug’s Mac support is very good, the iOS app leaves much to be desired. The user interface design is simple and clean, but the icons are downright ugly. Furthermore, the app doesn’t do anything to bring additional functionalities to the iPad’s bigger screen, but at least it’s got a default media player with support for AirPlay. Speaking of which, the biggest issue with Pogoplug is that it doesn’t scale content in any way: unlike Plex (which I love), Pogoplug doesn’t take in account what kind of connection you have and how slow you are, so if you’re trying to stream an HD movie, well, you’re streaming an HD movie. That might sound awesome for those of you with a decent connection, to me it’s just the realization of how badly Italy needs Internet connections above 7 MB down (I’m looking at you, Telecom Italia). But that’s another story. The gist is: if you have a good connection, you can stream anything and the app is pretty good at that. Stream, stream, stream. Songs will play almost instantly, movies will appear right away. But for those with a clunky router, beautiful data caps and general slow loading times…you might want to look at Plex’s streaming features when it comes to accessing you media remotely. 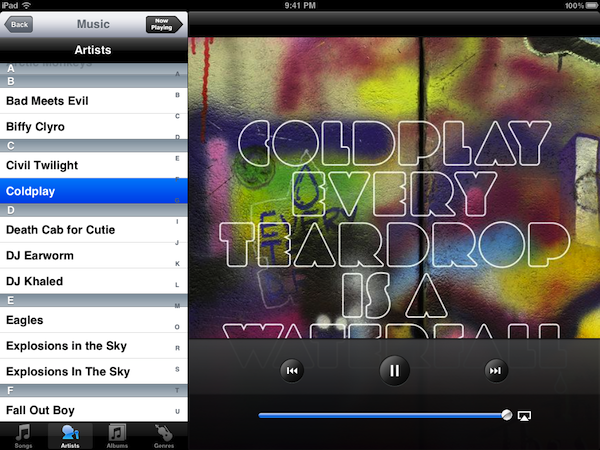 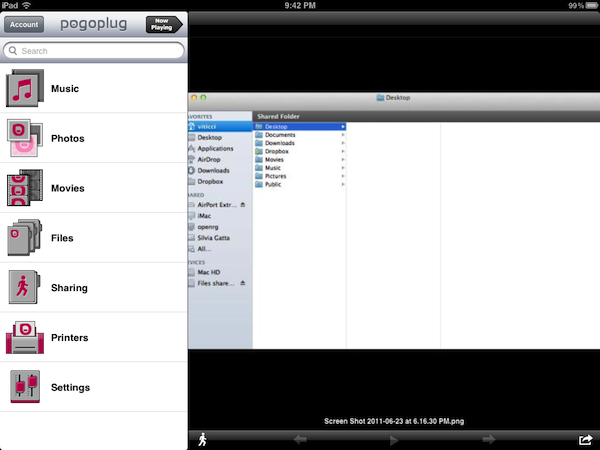 Overall, Pogoplug Software is a great concept, nicely implemented but with some flaws in its iOS offerings. I haven’t covered the web access in this article as I haven’t had time to test it in-depth, but from what I’ve seen that looks nice too. Should you buy the $29 Premium account? If you’re confident about your streaming capabilities and are intrigued by the idea of “your Macs in the cloud” then definitely, yes. Twenty-nine bucks isn’t much and for a reasonable price you get media + document access + file sharing and iOS/web versions of Pogoplug’s software. Pogoplug isn’t perfect and it’s not iCloud, but it surely is the best shot you’ve got at throwing your Mac in the cloud. Too bad my Internet connection is awful.