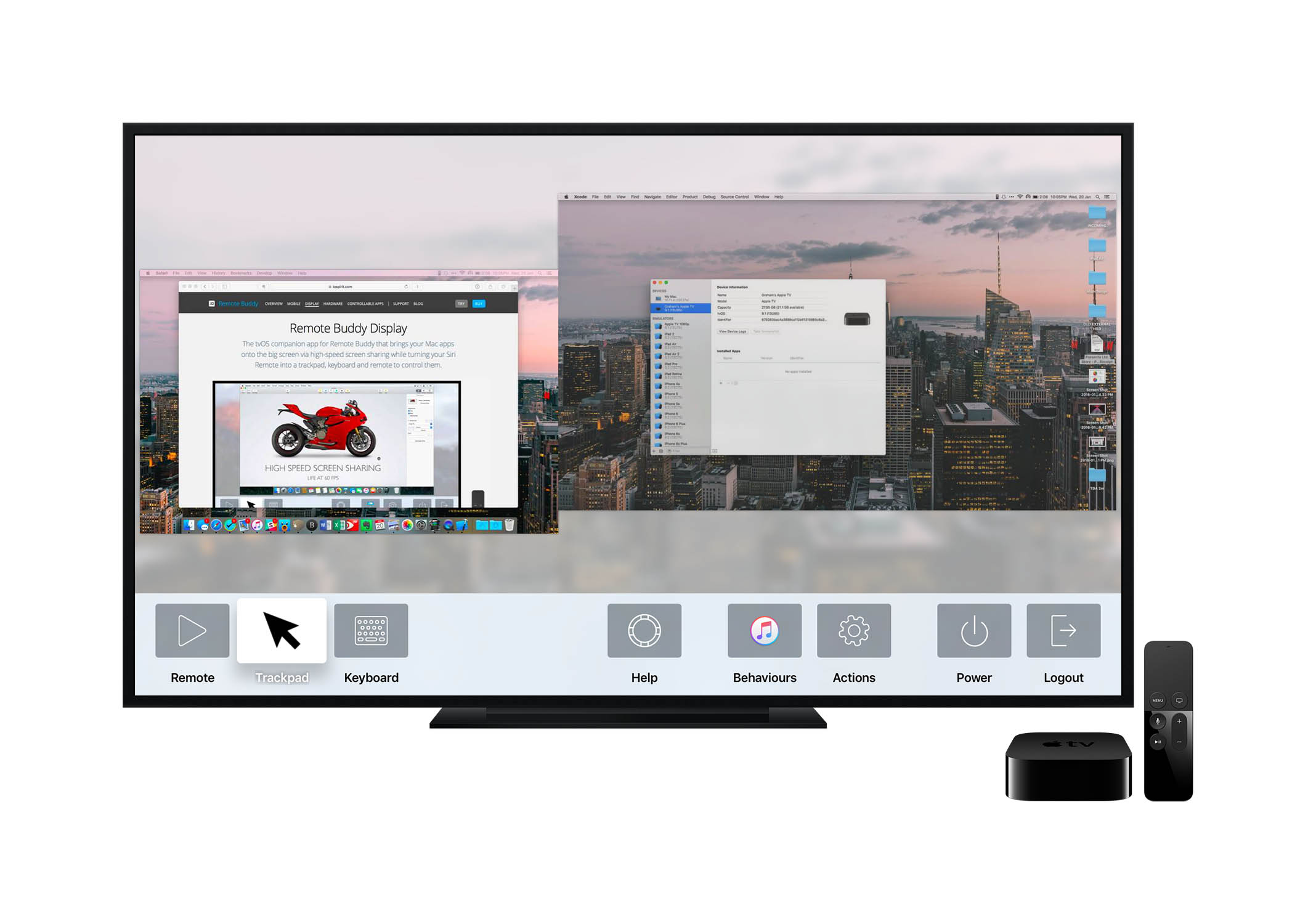 It’s still the very early days for tvOS and the App Store on the new Apple TV, but we’re starting to see some really neat apps for the new platform. Some of my early favorites (aside from the obvious content-delivery apps like Netflix and HBO Now) include Plex, VLC, GIFtv, and now Remote Buddy Display.

What makes this compelling is that the touchpad on the Siri Remote actually works incredibly well at moving around your Mac’s cursor. Sure, the surface area of the touchpad is a little small, but it’s certainly usable – and accurate. But it gets better: press the MENU button on your Siri Remote and Remote Buddy Display will reveal a panel of key controls. This panel enables you to switch between using the Siri Remote as a remote, cursor, or keyboard (it will bring up an on-screen keyboard). In addition, you can bring up Help instructions (which remind you about the Siri Remote touchpad gestures), plus the ability to trigger “Actions” for popular apps (listed under the “Behaviours” setting). Finally, there are power buttons (sleep, shut down, etc) and the ability to disconnect from this server (“Logout”).

I have to admit, I was pretty sceptical when I first heard about this app, but I’m incredibly impressed with what it can accomplish. Most tvOS apps are basic, and are in many respects just testing the waters of this new platform. Remote Buddy Display goes well beyond that. For a product that launched on 11 November, shortly after the Apple TV arrived, it is incredibly capable and well considered.

Now, I don’t expect to need to control my Mac from my Apple TV regularly, but I’m sure there are some of you who may have a Mac media server and would like the ability to control it without getting off the couch or connecting a keyboard and mouse.

Remote Buddy Display is available for free on the Apple TV, which you can find by searching the App Store on your Apple TV.1 It also requires Remote Buddy for your Mac, which has a 30-day free trial and can then be purchased for €24.99.

When you use Remote Buddy Display, it mirrors your Mac in full screen. 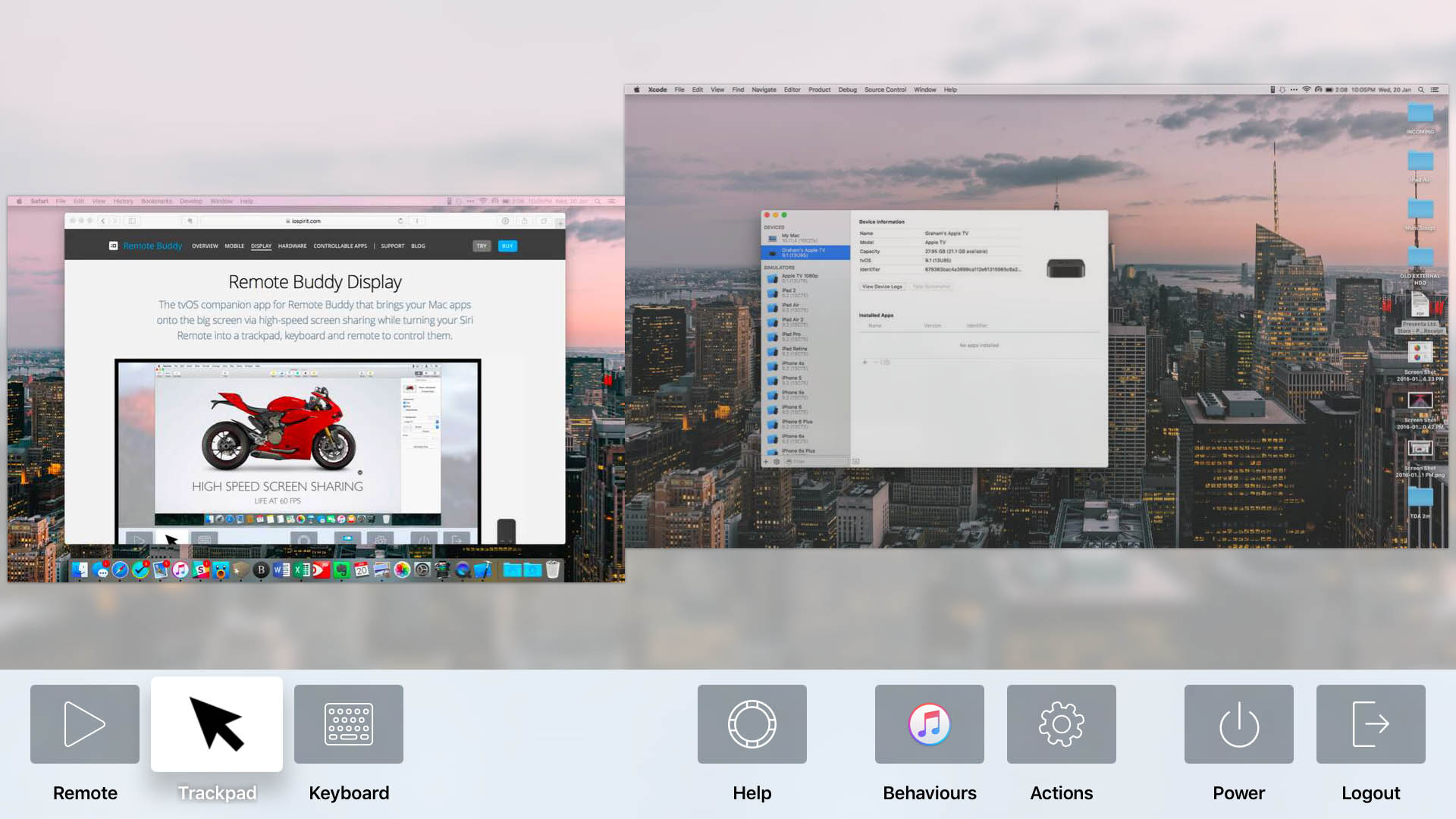 But press MENU on your Siri Remote and you can access the settings panel, as well as switch between screens if you’re using your Mac with dual-screens. 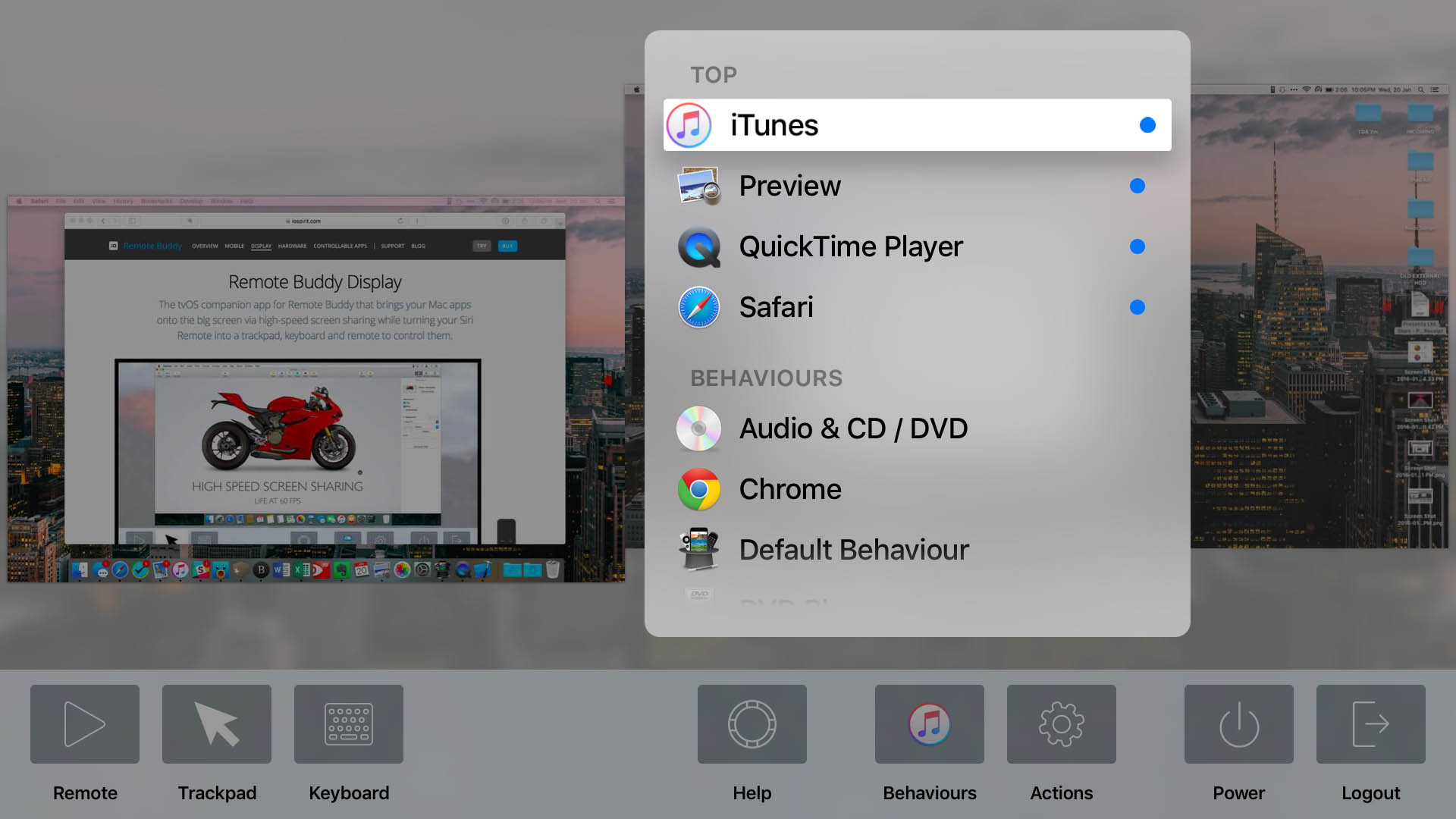 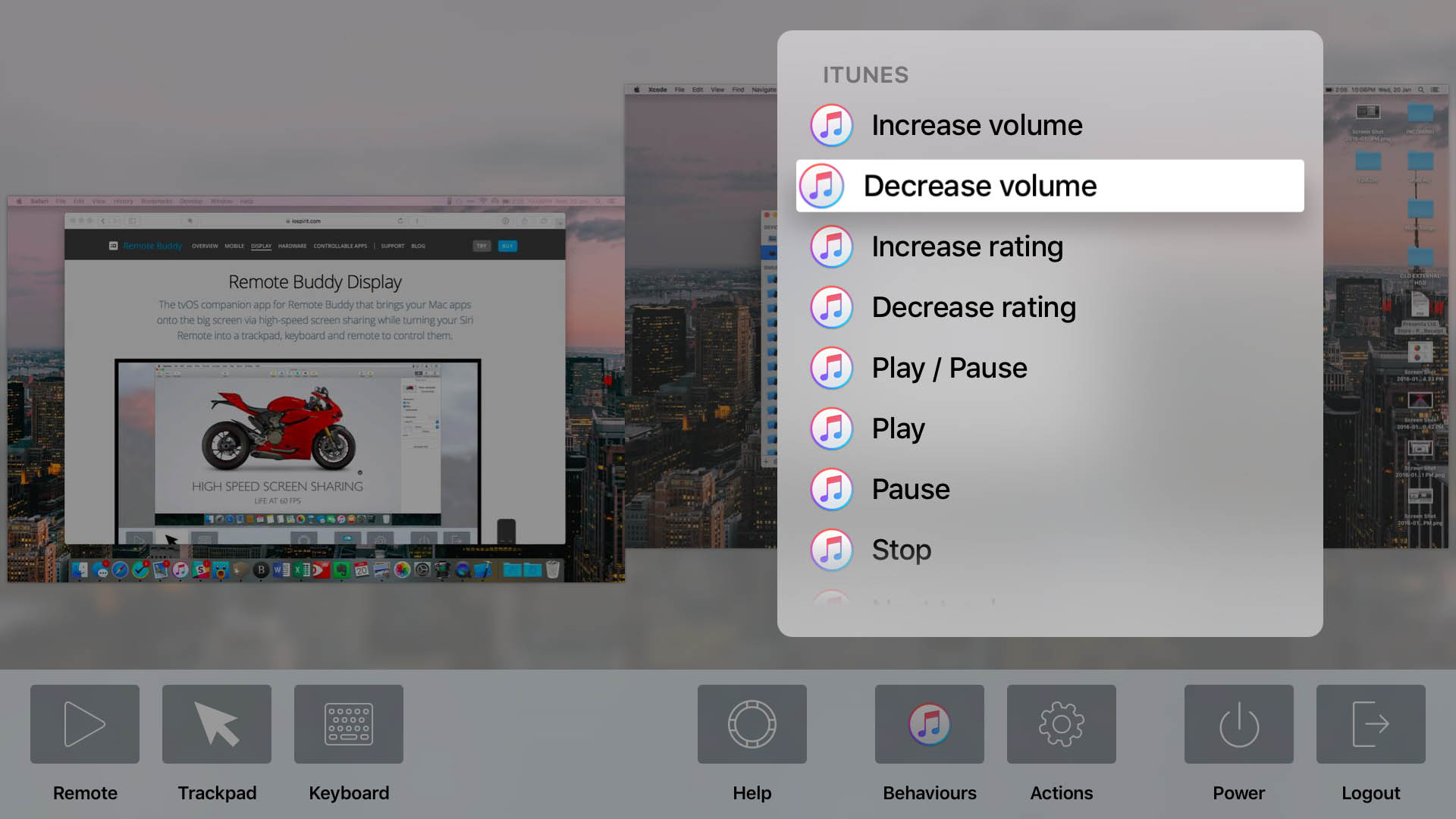 …via Actions such as these for iTunes… 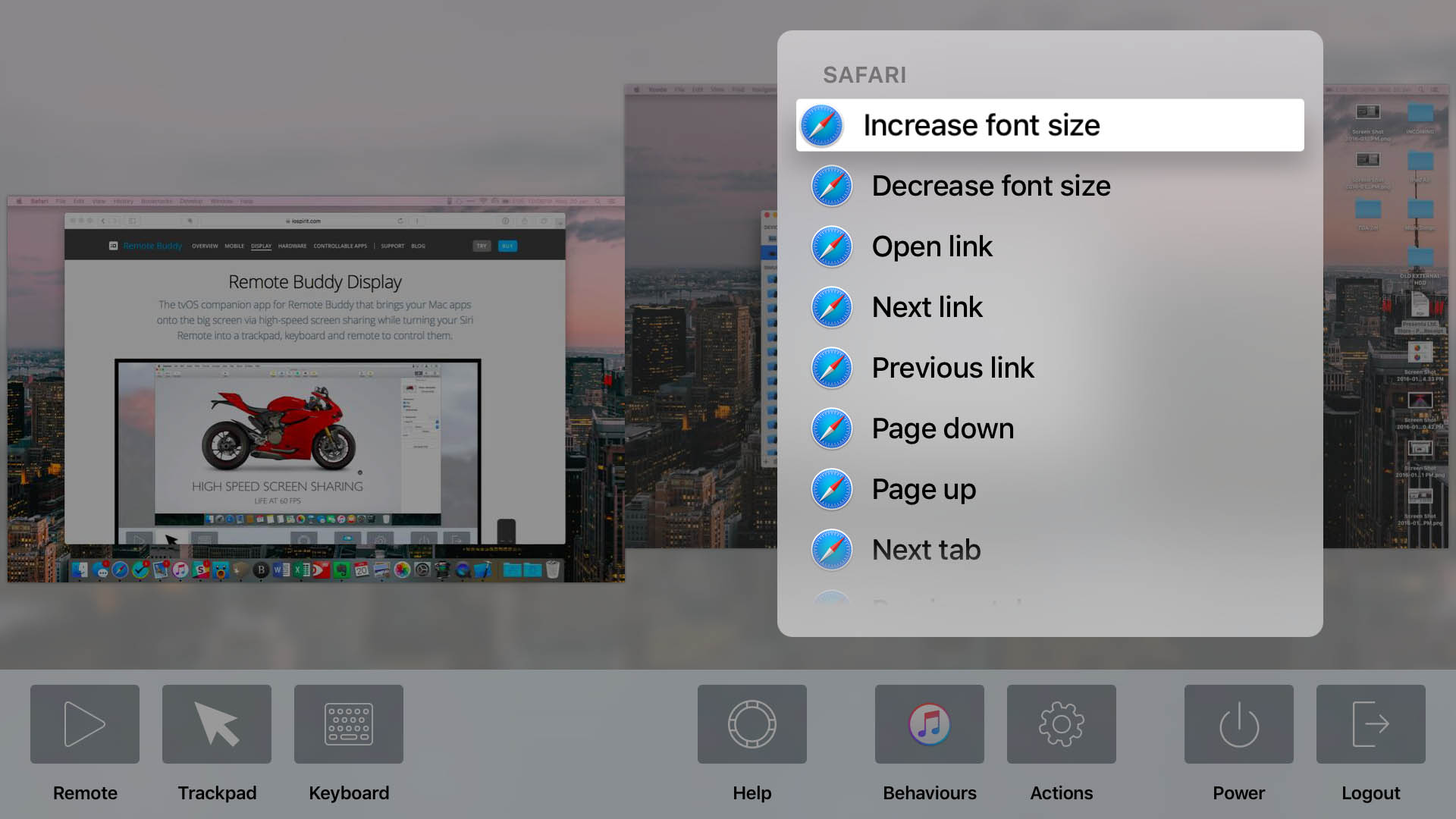 …or these for Safari. 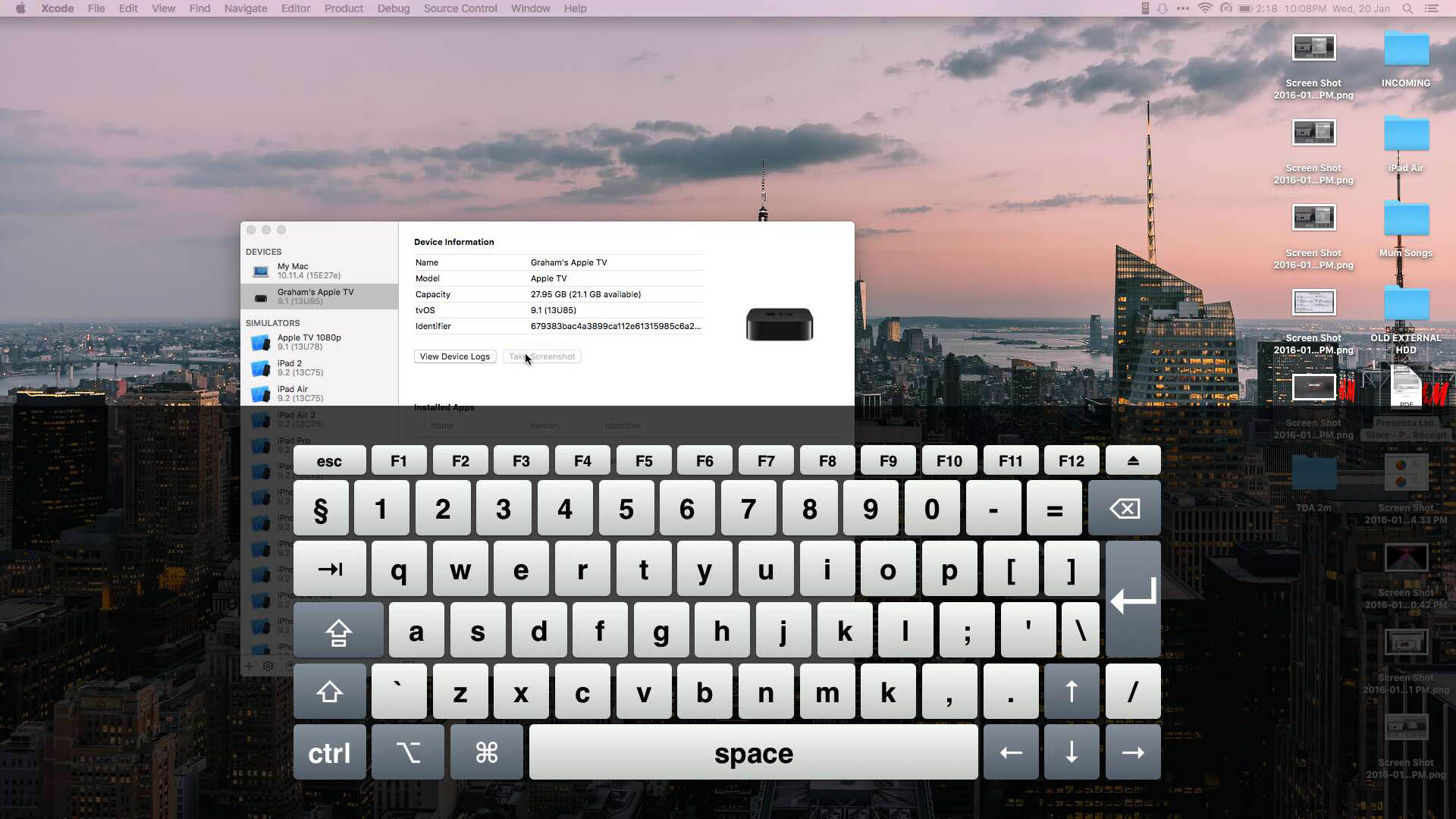 You can also bring up an on-screen keyboard. 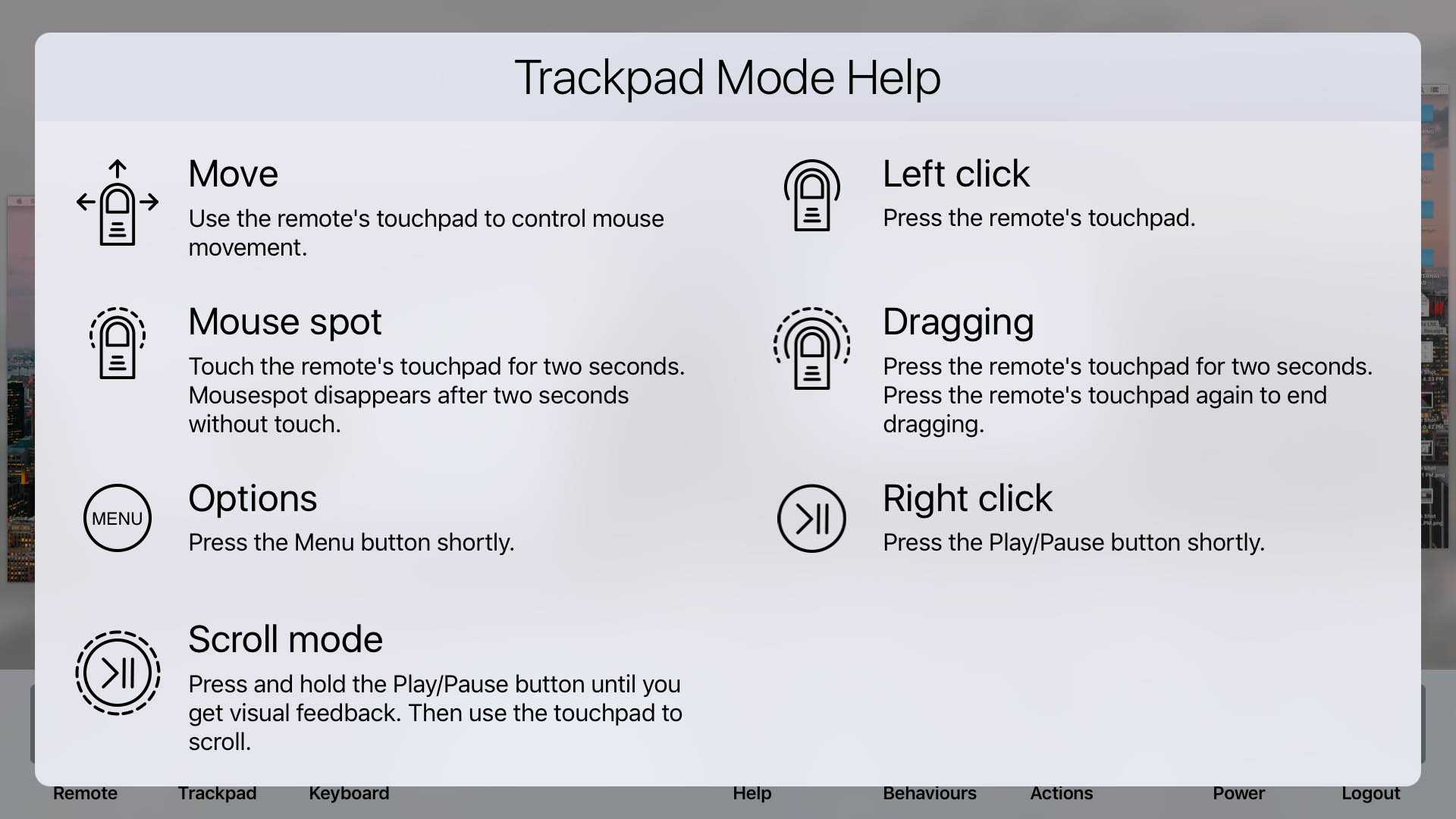 As well as getting a refresher on all of Remote Buddy Display’s Siri Remote gestures, by selecting the Help icon. 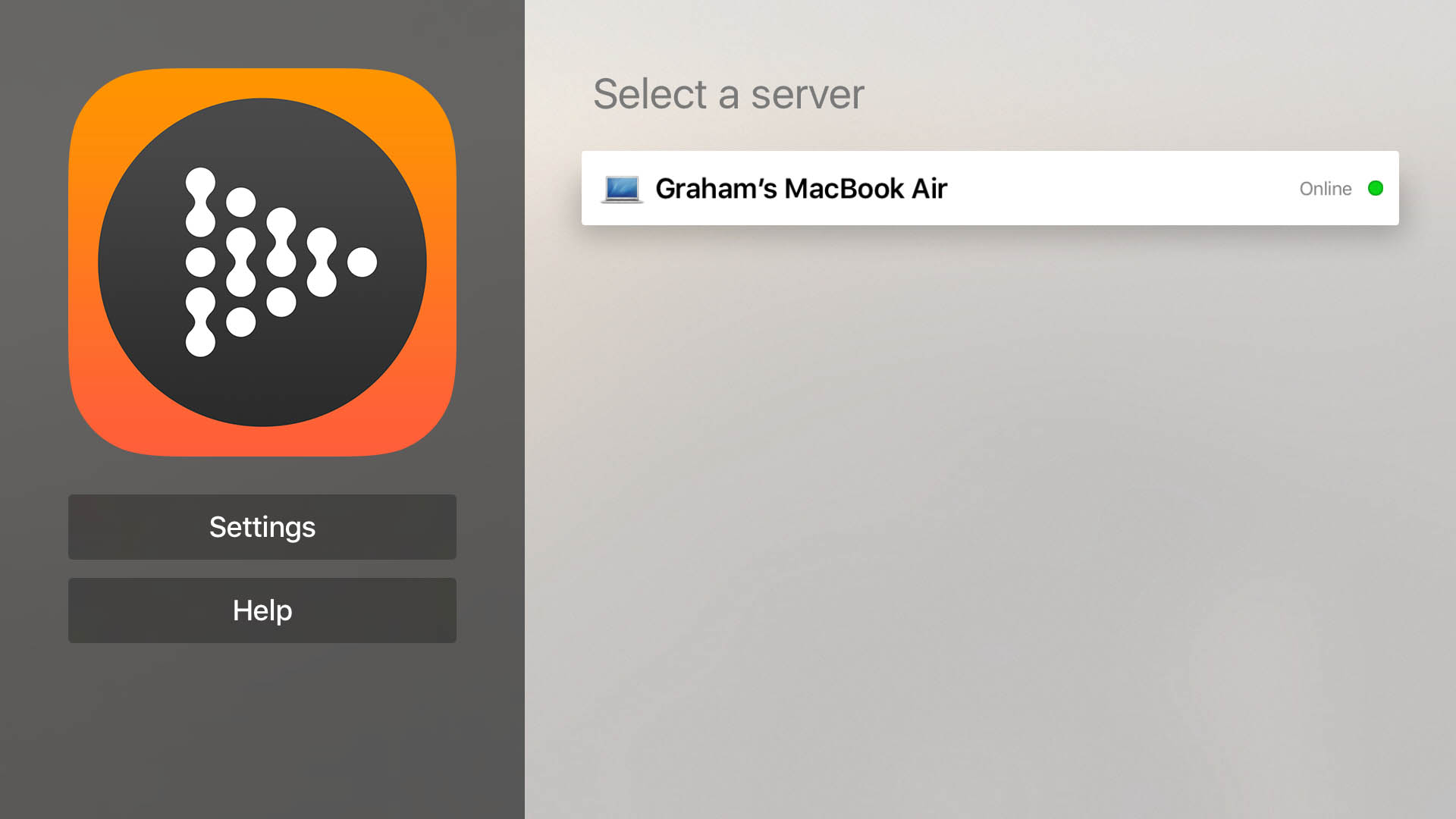