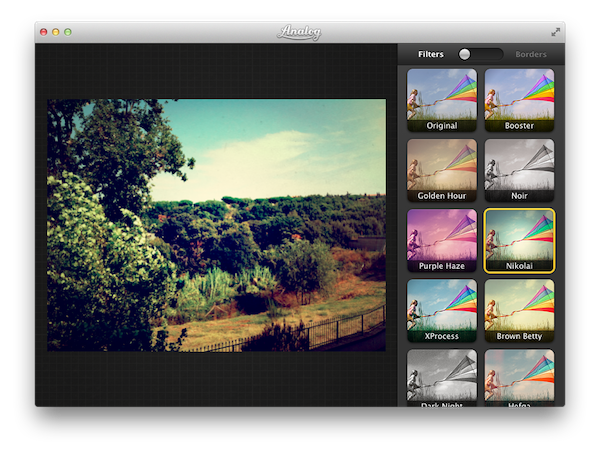 Released today on the Mac App Store after months of teaser videos and private betas, Analog is the latest creation by Realmac Software, makers of great apps for the Mac like Courier and LittleSnapper. As the early preview videos suggested, Analog is an application to quickly edit and “beautify” your photos in a way that has been made popular recently by iOS apps like Instagram and Camera+ or, on the Mac, Flare by The Iconfactory. Whilst Analog undoubtedly shares some similarities in the main concept with these applications (pick a photo, apply a filter, share it), the execution and attention to detail of the Realmac team makes sure Analog can stand out from the crowd of post-processing utilities.

I’ve been playing with Analog, and I like it because it is extremely simple, focused, and elegant. Everything from choosing a filter to cropping an image has been made intuitive and fast, with some graphical elements (like the sharing menu) inspired by recent iOS interface guidelines brought over to OS X by Apple. Most of all, Analog is fast: I tried the app on my 13-inch MacBook Air (entry model), and filters were applied in less than a second – Analog is very snappy and responsive.

When you fire up Analog for the first time, you’re presented with a large “drop” area on the left, and a sidebar for filters and borders on the right. To start editing an image, you have to drop it into Analog’s main window; once an image is in there, you can start choosing filters and borders to “give your photo some soul”, and share it with your friends. The typical navigation and usage pattern of Analog is fairly simple: import photo, process, share.

Analog offers 20 filters, which have been carefully researched by Realmac over the past months to make sure each one of them has its own personality (something we know that matters in this kind of apps) and will make your photos look great. Now I’m no photography expert, but I can recognize a nice filter when I see it. Analog’s filters range from washed out (Hefga, Golden Hour) to black & white (Noir, Dark Knight, Bromide – three B&W variations with different grey scales and contrast) to contrasty (Memory, XProcess) and other interesting options that I can’t quite classify (Kyoto, Hawkeye). Analog’s filters look good, and I definitely like the choice of 20 different filters offered by Realmac. You might argue some of them look similar to each other, but the developers have also implemented a system that ensures scratches, noise and other effects are always randomized on each processing session. 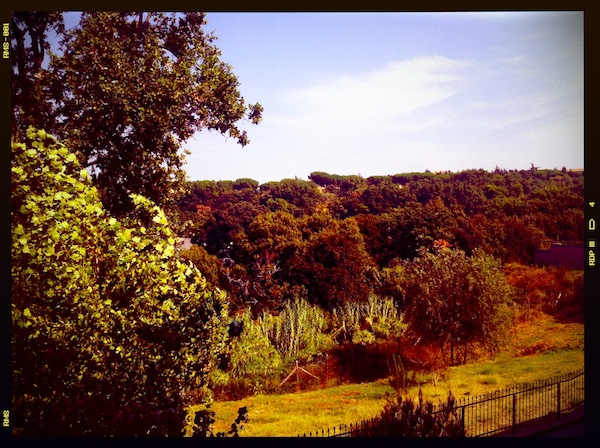 To switch between effects you simply have to click on them; a switch button at the top of the sidebar enables you to choose borders, which will look instantly familiar if you’ve used other apps like Instagram and Flare. 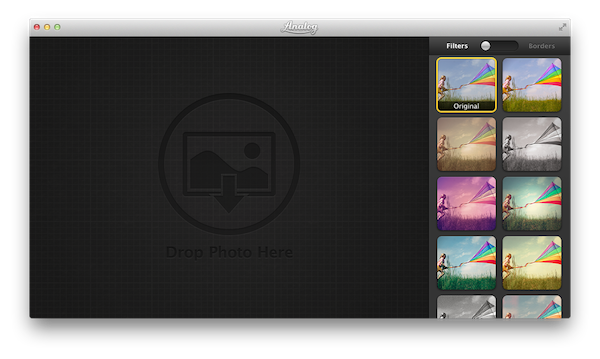 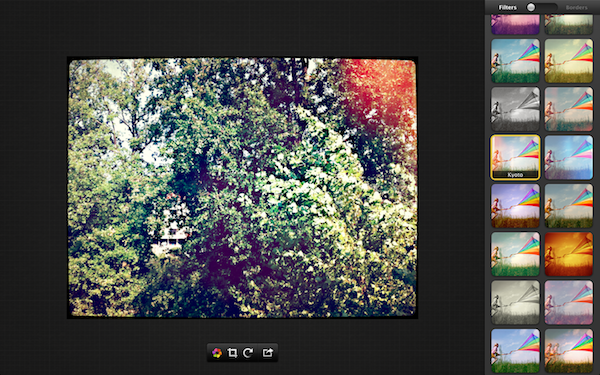 A few examples of Analog’s filters: 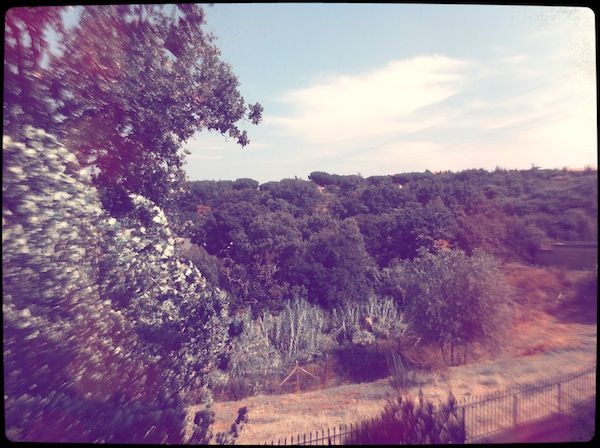 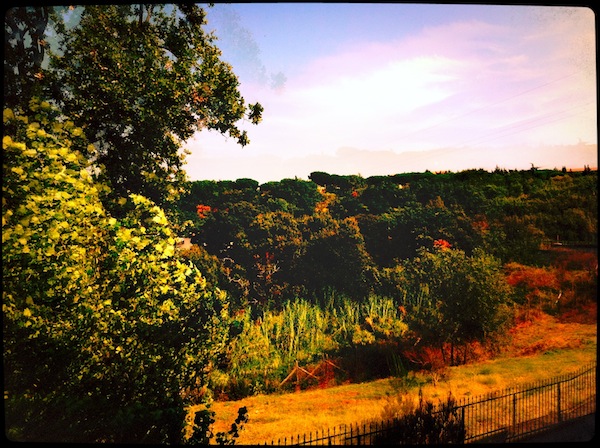 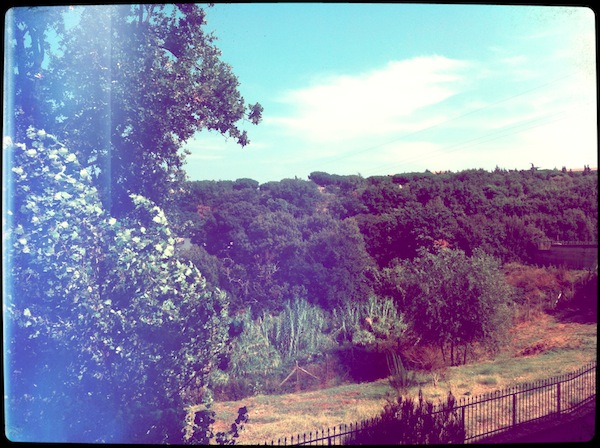 Analog supports Lion’s full-screen mode, and depending on the window’s size the photo you’re editing will be scaled accordingly. Analog also comes with support for keyboard shortcuts, so you’ll be able to quickly switch between filters, borders, or clear the canvas entirely without even using your trackpad or mouse. The dark background in the left section makes photos easier on the eye, and as you hover over them with the cursor you’ll notice Analog displays an overlay menu to toggle processing (so you can see how a photo looks before and after), crop, rotate, and share. 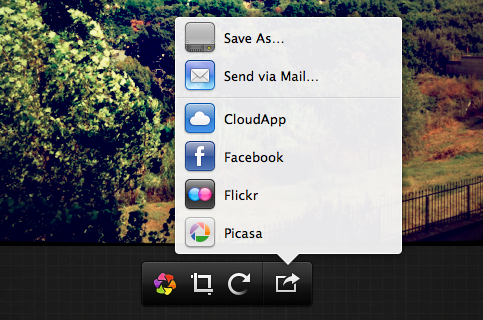 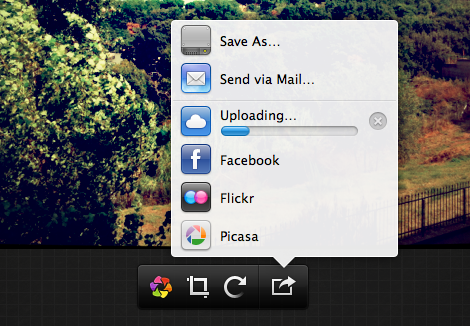 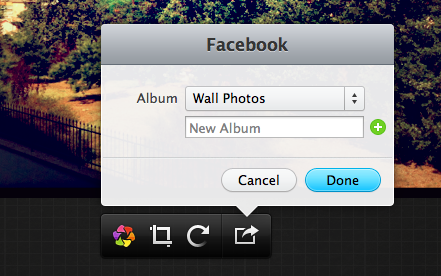 The sharing menu has particularly impressed me as it resembles iOS’ standard popover controls with icons for Save As, Mail, CloudApp, Facebook, Flickr and Picasa. These items come with sub-menus for privacy controls and photo album selection, so you’ll be able to select an album on Facebook or make a CloudApp item private or public (and when you’re sharing or saving a photo, take a look at Analog’s icon in your dock).

Analog works because it’s simple and usable. The combination of high-quality filters and a beautifully designed user interface makes for an easy-to-use app that ensures your photos will look nice when shared with your friends or followers on a variety of social networks. Analog is available for a limited time at $7.99 on the Mac App Store.