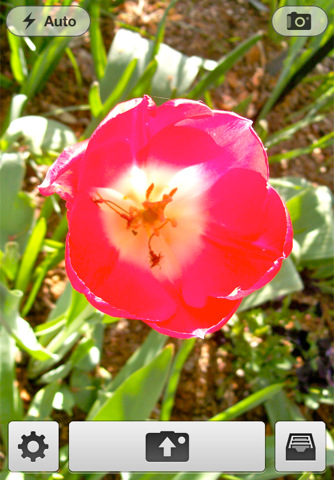 A few days ago I reviewed DropPhox, an iPhone app that can upload photos and videos to Dropbox, also allowing you to set a specific size for uploads so you don’t have to worry about large files being transferred over 3G. DropPhox has some great features and, overall, works pretty well but in my review I mentioned the app could use some additional UI love and the possibility to upload media without tapping on a confirmation button.

QuickShot, a similar app I stumbled upon over the weekend, lets you upload photos to Dropbox but it does this with a polished interface and by completely working in the background. The developers achieved these results using a custom camera view that lists uploads right below the statusbar, without requiring you to confirm photos going off to Dropbox. You can, however, change this option in the settings. QuickShot also enables you to choose a Dropbox path, save pictures to the Camera Roll and set photo quality to low, medium and high. Medium works best for me.

Perhaps the best thing about QuickShot is its minimal and elegant UI that puts three buttons in the standard camera view, with one of them allowing you to pick photos from the iOS camera roll and send them to Dropbox. The app I reviewed, DropPhox, doesn’t have such a feature, or delicious interface.

QuickShot doesn’t do videos, but it’s a great solution for photos. Get it here at $0.99.