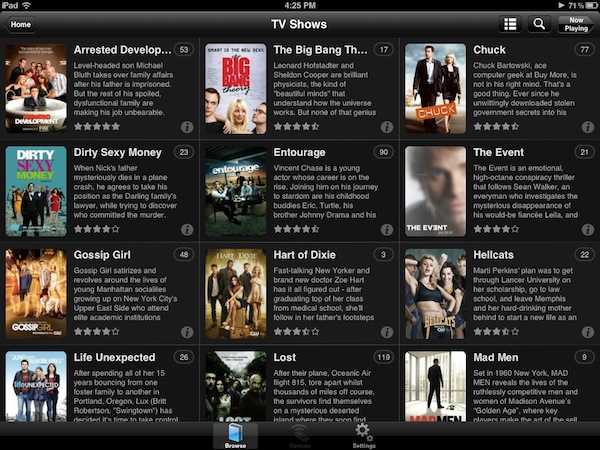 Back in April I wrote about Plex 1.1, a new iOS version of the popular media manager for Mac and Windows (as well as other connected devices such as Roku) that brought a new design, better streaming of movies and TV shows with Direct Play and Direct Streaming, and many changes from the original application that was released a year ago in November 2010.

With a series of releases announced via various blog posts, the Plex team launched last night version 2.0 of Plex for iOS, another major revamp of the mobile client for iPhone and iPad that brings an improved home screen design (for the grid UI that was introduced in 1.1), new remote access, better subtitle management and over 150 bug fixes. As previewed last week, the Plex team figured one of the most requested functionalities for the desktop media server – a utility that finds media on your computer or local network and handles transcoding, metadata and streaming to Plex clients – was better access of personal media (movies, music, TV shows) over the Internet. In its previous versions, Plex was capable of making a computer or external hard drive available over the Internet via port forwarding, but setup was far from easy and seamless, and the lack of any online counterpart for over-the-air sharing made it impossible to build a platform on top of a local Plex installation. With myPlex, Plex brings “real” remote access to all your media, allowing the app to communicate with my.plexapp.com through a user account (which you can create for free), letting users not only access servers (like your iMac or Mac mini) remotely, but also to share specific sections of a library with other Plex users.

myPlex is a full-featured solution to access, share and save content for later. “Access” means all your connected Plex media servers will show up online, readily available to show your sections and library; I haven’t been able to personally test the remote access part of myPlex as my router doesn’t want to play nice with port mapping, but I can see how the redesigned preference panel will make for a more intuitive experience when making a computer available online. Moreover, the screencasts posted by the Plex team (available below), show how easily it’s possible to connect media servers to myPlex.

Sharing plays another big role on myPlex: whereas in previous iterations of Plex users could only share content with others by opening up their routers for external access, providing a friend with the required authentication system to access a Plex installation, myPlex makes it extremely easy to pick a folder (say a Music collection, or a TV series), enter an email address of another Plex user, and start sharing content online. Users can share an entire Plex library or just some sections, and obviously the system will take advantage of Direct Play and Direct Streaming between remote connected users and libraries whenever possible. myPlex is a simpler interface on top of the old (manual, URL-based) sharing process, and it’s deeply integrated with the updated iOS and Mac clients.

Both Plex 2.0 for iOS and the new Plex 0.9.5 (codename “Laika”) for Mac support myPlex natively with remote access and a new tab for Shared Content. Also integrated in the native apps is another feature of myPlex, the Media Queue. Perhaps inspired by the recent success of tools like Watchlater, Squrl and Boxee, the new Plex enables users to save online video for later through a bookmarklet, like Instapaper does for web articles. Once the Plex It bookmarklet is installed, users will be able to save videos from YouTube, Vimeo and other services with the click of a button; a panel will appear on the left side of a webpage to let you know that a video has been saved. Videos marked “for later” will then show up on my.plexapp.com, the iOS app and the Mac client; on Plex 0.9.5 for Mac, it’s possible to choose the resolution a web video will play with, including classic options like 720p and 1080p for YouTube and Vimeo content. Users can’t pick a resolution on iOS, as videos are served differently to iPhones and iPads.

This queue is available on all myPlex-enabled clients, with all the features you’re already familiar with (stop on one client, resume on another), and on-the-fly transcoding when needed (say, for example, for watching that Flash video on your iPhone).

We support over 100 sites at launch (many thanks to Ian, Mike, Sander, Pierre, and others!), and the coolest part about it? The technology behind the media queue is based on our popular and powerful Plex Framework, which means that it’s easy for anyone to write one, usually in a few dozen lines of code. Oh yeah, and there is an API as well, for easy integration with third party software.

There are several other features in Plex 2.0 for iOS. Subtitles can be easily scaled from tiny to large in the Settings; the Home screen design has been revamped with recently added media and recently used channels; the app is generally faster, connections are more reliable and DirectPlay has been improved as well. Album art and track name are displayed on the iOS 5 lock screen for music, and support for photos has been added with the Plex Media Manager. 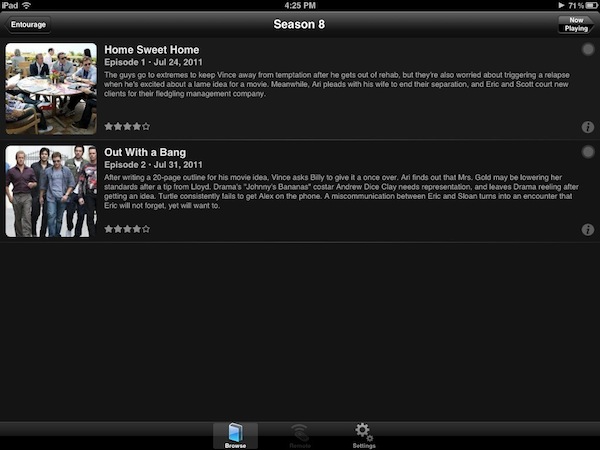 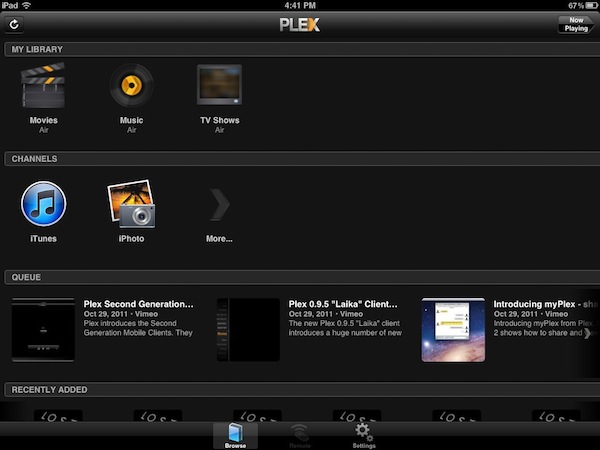 There are many more improvements in this 2.0 update that you can check out on iTunes, but overall the app is faster, snappier on the iPhone 4S, and it gets better metadata thanks to the (also updated) Media Server.

I’d like to spend a few words on the new Plex for Mac, Laika, as well. The new skin available on OS X is gorgeous and beautifully designed with a great attention to detail, animations are faster than ever on my MacBook Air, and myPlex integration brings Shared Content and the Media Queue on your desktop. This means you’ll be able to access others’ content or your entire queue from your Mac’s screen, while at the same time enjoying the functionalities you know and love in Plex for OS X. Laika is now a “thin client”: it comes a separate download from the Media Server, and you can use it just by signing into myPlex and access all your media and content shared with you.

The client can transcode or Direct Play remote media, including Flash/Silverlight video. Many of you have asked for this feature, and we’re incredibly happy to bring it to you. If you look closely, you’ll see there’s even an option for including shared libraries in the universal search. 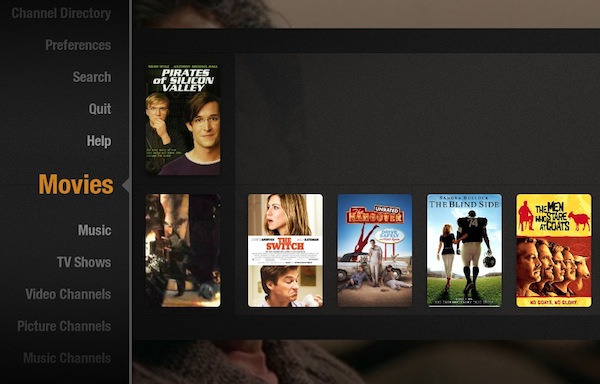 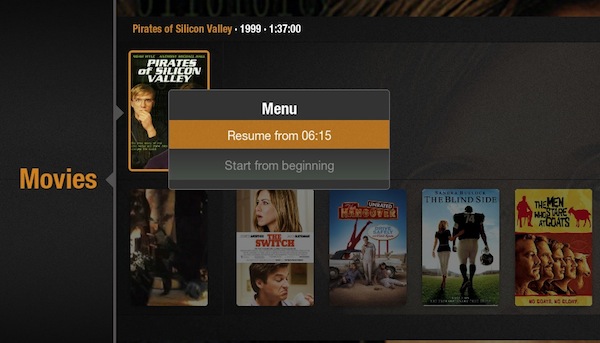 Also new in Laika is “On Deck”, a new interface to check on content you’re currently watching and recently added media. So, fo example, with On Deck the TV Shows tab in Plex for Mac will show episodes that you’re watching at the moment and other episodes recently added to your TV Shows collection. As you finish an episode, its thumbnail is removed from On Deck, and the next one is loaded so you’ll know what’s next to watch. The iOS client doesn’t feature an On Deck interface, but episodes you watch on your iPhone or iPad will show up on Plex for Mac later.

If you’re new to Plex, now it’s a good time to start using the service on your Mac, Windows machine, iOS devices or connected televisions thanks to the updated clients and media servers released this week (and expect more updates coming soon). Those like me that have been using Plex for a while will find terrific improvements in this release, especially on iOS and the Mac with full myPlex integration, more reliable connections and shared content. As I wrote in my 1.1 coverage, if you’re serious about your media you should get Plex. If you’re serious about Plex, you should get the latest updates.