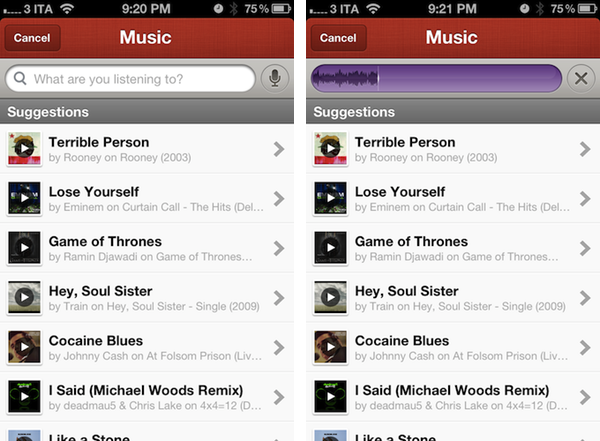 Released earlier today on the App Store following a media event where CEO Dave Morin gave out some interesting tidbits about the company, Path 2.1 is a substantial update to the social networking app that aims at build a beautiful journal of our daily lives. Sarah Lacy at PandoDaily has liveblogged the most interesting details: over 100 million moments have been shared on Path, with over 1 billion pieces of “feedback” on them (I assume these include comments and reactions); Path is announcing an API for third-party developers to integrate their services and apps with, and Nike is an initial partner (the API is private for now). The Verge is also reporting that Path has listened to the suggestion of hashing users’ data, and will do so in an upcoming 2.1.1 release.

What we have today is Path 2.1 – I have tried the new version, and it’s pretty good. I haven’t been able to test Nike integration as I’m not a user, but I’ve taken the new music recognition functionality for a spin. Similarly to how Shazam works, Path 2.1 lets you hold up your iPhone’s mic to a music source, and wait a few seconds for the app to contact an online service (in Path’s case, Gracenote) and return the title of the song alongside other information (album, artist, etc). Path’s implementation of this is unsurprisingly great-looking, but Gracenote’s database isn’t nearly as powerful as Shazam’s. For instance, the app recognized The Shins and Coldplay, but failed fetch The Uprising and Tell Me What It’s Worth. Overall, I like the interface of this new music feature; I hope more databases will be added in the future. 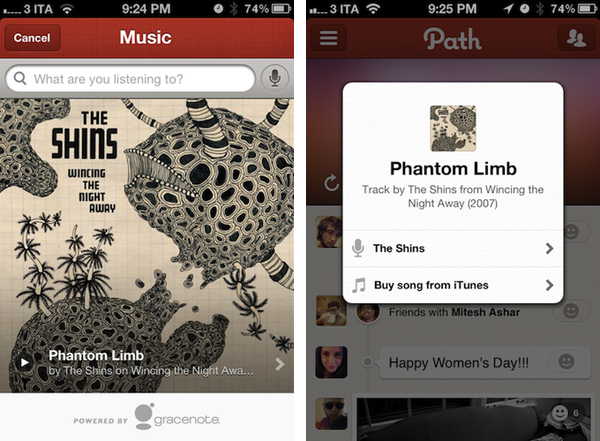 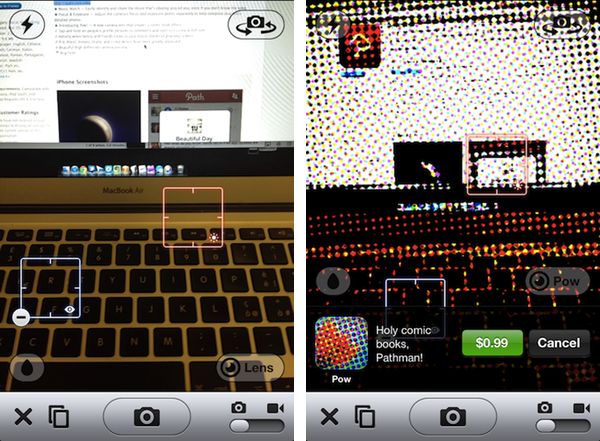 Path 2.1 also comes with improvements to existing lenses and a new one, called Pow. I have never liked Path’s approach to filters and custom lenses, but I’ll admit the ones in this new version look better. What I do like is the new control for exposure and focus, which, unlike many apps, makes it extremely clear what you are moving on screen.

Path 2.1 is a good update – here’s to hoping Path will stick around long enough to get more friends of mine to use it. You can get version 2.1 here.