Ok, this can sound crazy, but I never felt the need of goin’ through the whole Time Machine process to backup files I can manually backup when I want. But you know, everyone has his favorite tools, so the choice it’s up to you.

Anyway, I think developing a backup utility for Mac should be a very hard task: I mean, even if I don’t use Time Machine, the rest of the world seems to love it. For this reason, creating from scratch an application to backup your Mac files it’s definitely difficult: you have to create something unique and make people want it.

Today I’d like to talk about a beta application I discovered yesterday, Parachute.

Parachute is developed by CreativeBe, a well known Mac software house which has created apps such as Renamer, Mainmenu and iArchiver. When I first opened the app’s webpage I was a quite skeptical: “Backups your Way”, it says. After a quick test, I must admit Parachute is cool.

Basically, Parachute lets you schedule automated backups of files in your Mac. That’s it. You choose a folder / file,pick up a destination folder, choose a schedule and you’re set. From the left panel you can create backup tasks: they’re folders which contain backup actions, the files you’d like to backup. You can then choose how many backups you’d like to keep and perform smart backups. 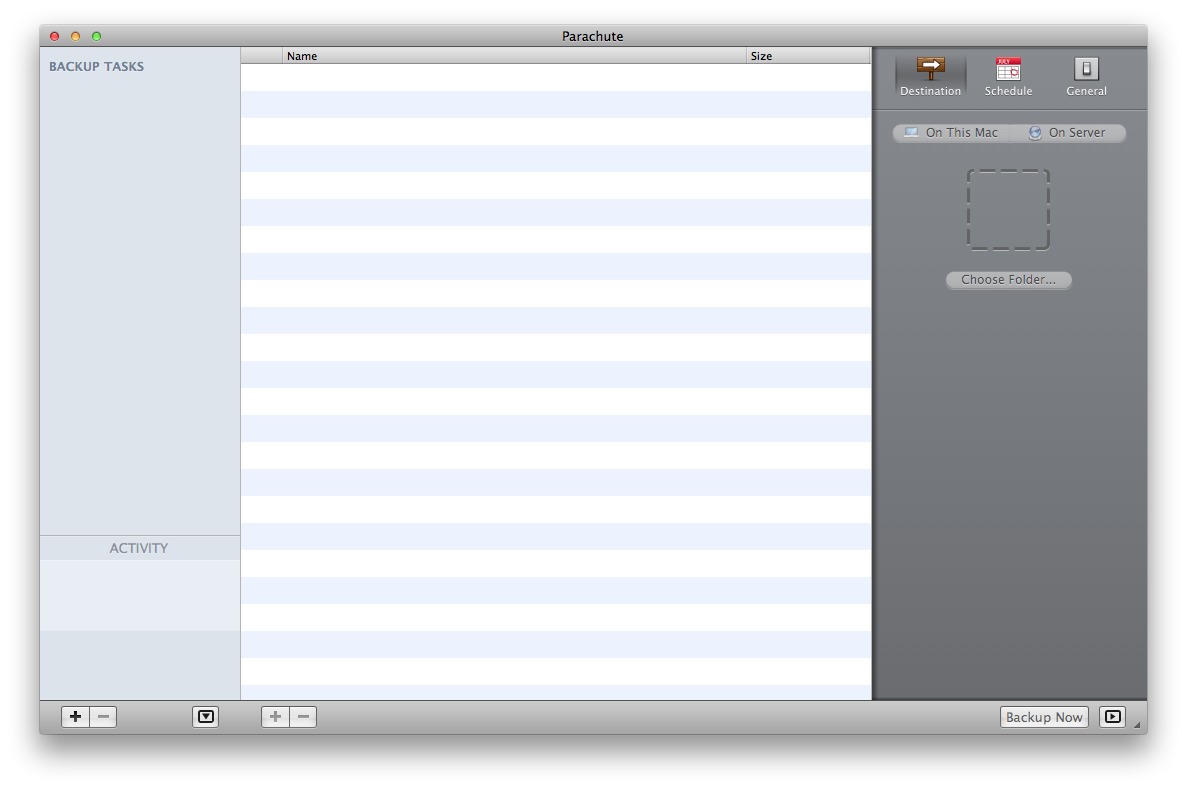 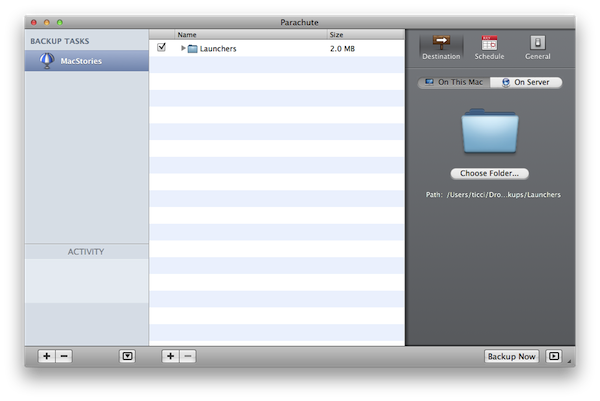 You can create as many backups as you wish, and you can even choose to copy everything to a remote server: the application supports SFTP, FTP, iDisk and WebDAV. Though it’s a great feature, I couldn’t get it to work with my FTP server, probably because the app it’s still in development.

Overall, Parachute is one of the most promising apps I’ve recently. It lets you automate backups in dead simple way, with a gorgeous interface.