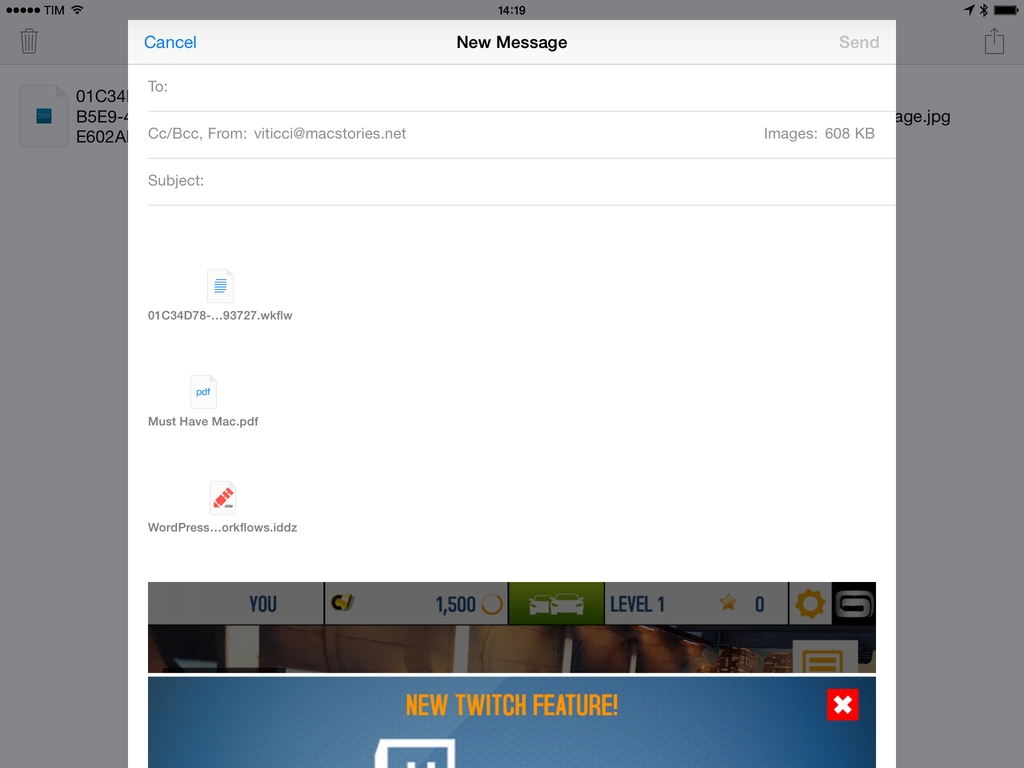 One of iOS’ biggest shortcomings is the inability to attach multiple files to an email message. Caused by Apple’s resistance to bringing a visible filesystem to iOS or building inter-app communication features to access files outside of an app’s own sandbox, the problem is epitomized by antiquated limitations such as the Open In menu and the aforementioned lack of multiple attachments in Mail. Interestingly, these two limitations are exactly what Multiple Attachments, developed by Jan Mazurczak, uses to send email messages containing attachments that aren’t just photos or videos.

The iOS Mail app has a dedicated menu to attach Camera Roll items to a message, but if you want to send a PDF document and a photo together as attachments, you’re out of luck. Mail can’t present a document picker that looks into, say, PDF Expert and GoodReader, and unlike OS X you can’t just drop multiple files from different locations into a new email message. This has caused third-party email clients for iOS such as Mailbox and Dispatch to build cloud services for uploads directly into their apps, but that’s only a partial solution to the problem as it’s still impossible to manually choose a file from any installed app. 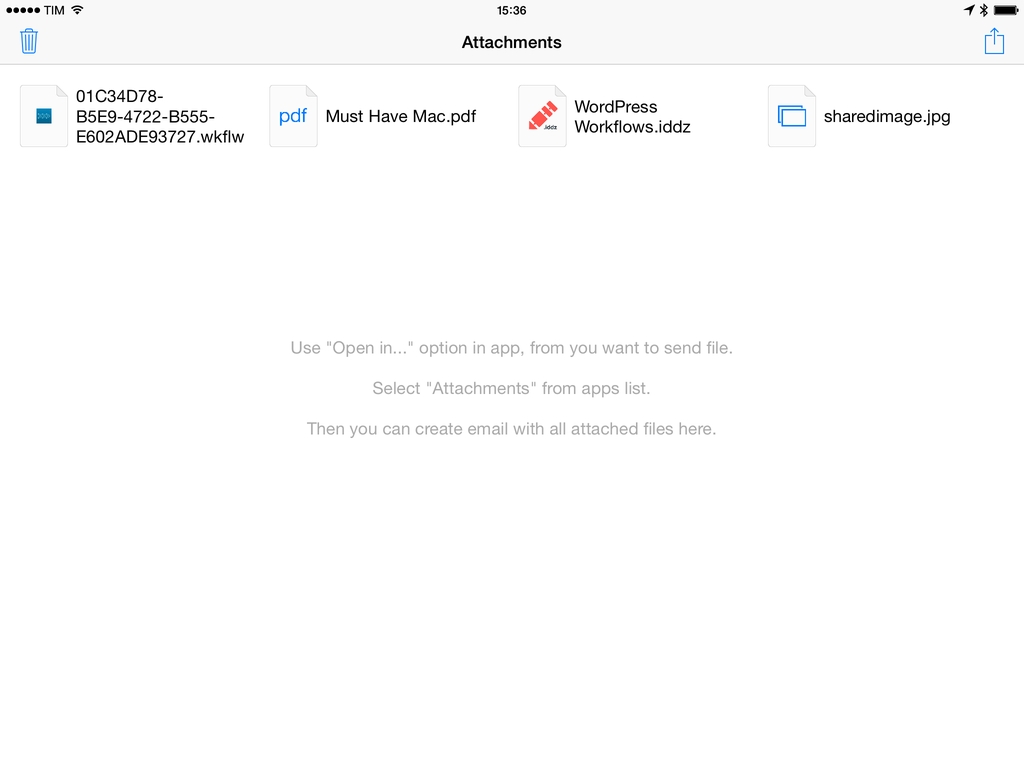 Essentially, Multiple Attachments works as a container of temporary files based on two of Apple’s inter-app communication features – Open In and Mail sharing. The app stores files until you send them (or delete them with the Trash button), and it’s clever in how it combines temporary storage with the ability to send emails outside the main Mail app. Attachments can be previewed individually, and, in my tests, the app performed as advertised, collecting files sent via Open In and sending them as a message with multiple attachments using accounts configured in Mail. It’s a rudimentary solution, but it works.

Someday, it’s likely that Apple will revamp how iOS apps communicate with each other and offer a way to collect multiple files in an email message at once. Until that day, Multiple Attachments provides a simple way to send an email message with multiple files on an iPhone and iPad – it’s a small victory, especially if you work on iOS a lot every day.

Multiple Attachments is currently free on the App Store.