I have a huge email library. I tend to keep every important message that I receive and move it to a folder or sub-folder. Indeed, despite all the people that seem to appreciate those applications that let you assign tags to mails in order to browse everything with tags, I still think the folder structure puts every other solution to shame. I just couldn’t think of any other way to store and organize messages right now, but maybe Apple will prove me wrong someday. Anyway, considering that I daily mess with dozens of messages and I’ve got to move each message to a different folder, I was looking for some app that would have made the process easier, faster and almost invisible. Many followers suggested me to try Mail Act-on, but after a brief test I have to say Act-On is aimed at people who have 40 + folders.

It’s surely a feature rich application with a lot of stuff you can play with, but I wanted something simpler, an app that could let me move messages in a few steps without leaving the keyboard.

MsgFiler is like a QuickSilver for your mails, but instead of performing actions you move messages into folders. Simple as that. Once you’ve installed the plugin, you’ll have to assign a system shortcut to the MsgFiler menu in System Preferences.app: but don’t worry, the plugin comes with detaild instructions to make the installation process easy and fast. After you’ve assign the hockey, quit and restart mail and you can start using MsgFiler. Just select a message, hit the hockey (⌘ + 9 in my case) and start typing the name of the mailbox you’d like to move the message to. As you type in the search field box MsgFiler filters the folders that contain the letters you’re typing. Once you’ve reached the desired folder hit Enter and that’s it: the message is moved. 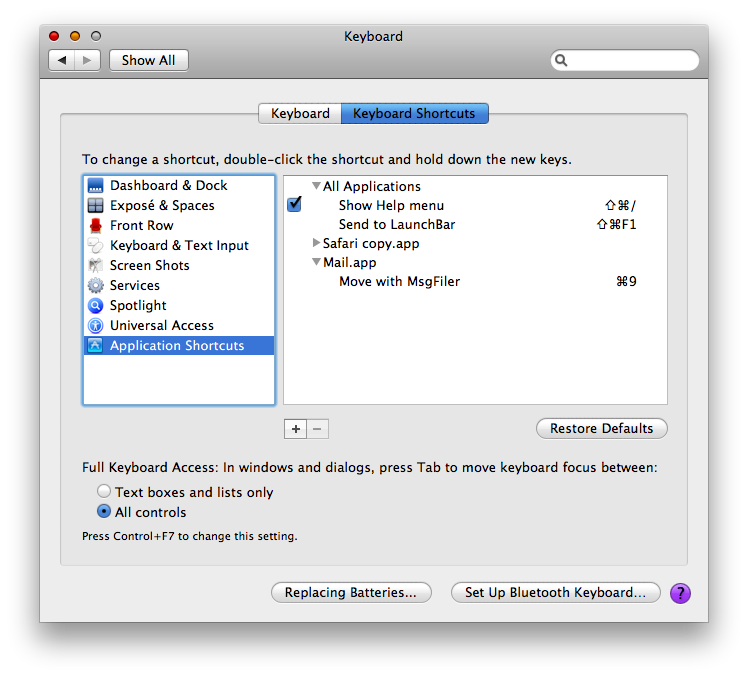 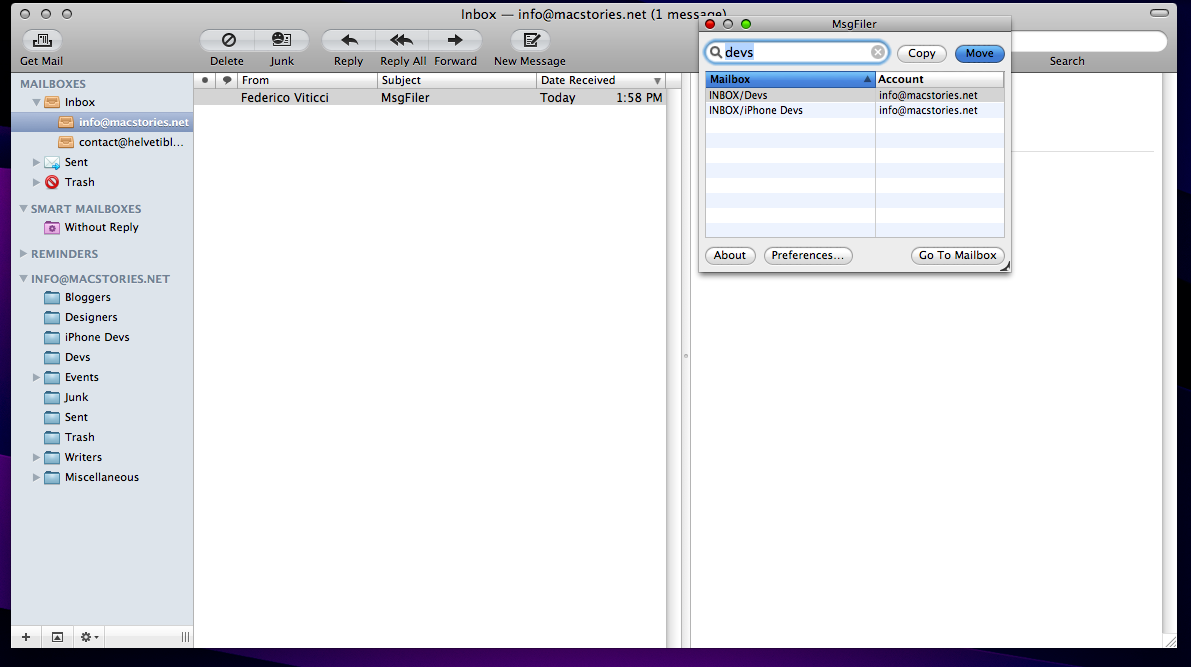 I’ve been using MsgFiler for almost a week now and I’m very, very impressed. It’s that simple that it makes me wonder why Apply didn’t implement something like this. And while Pierre from Betalogue doesn’t seem to appreciate it because he has hundreds and hundreds of mailboxes in Mail and MsgFiler isn’t smart enough to remember previous choices, I’m telling you that if you have from 5 to 50 mailboxes MsgFiler is a terrific time saver. And at $8, you should seriously think about it.

We have 10 MsgFiler licenses up for grabs. Entering the contest is simple. All you have to do is:

I’ll pick up the winners on Thursday, January 28th.